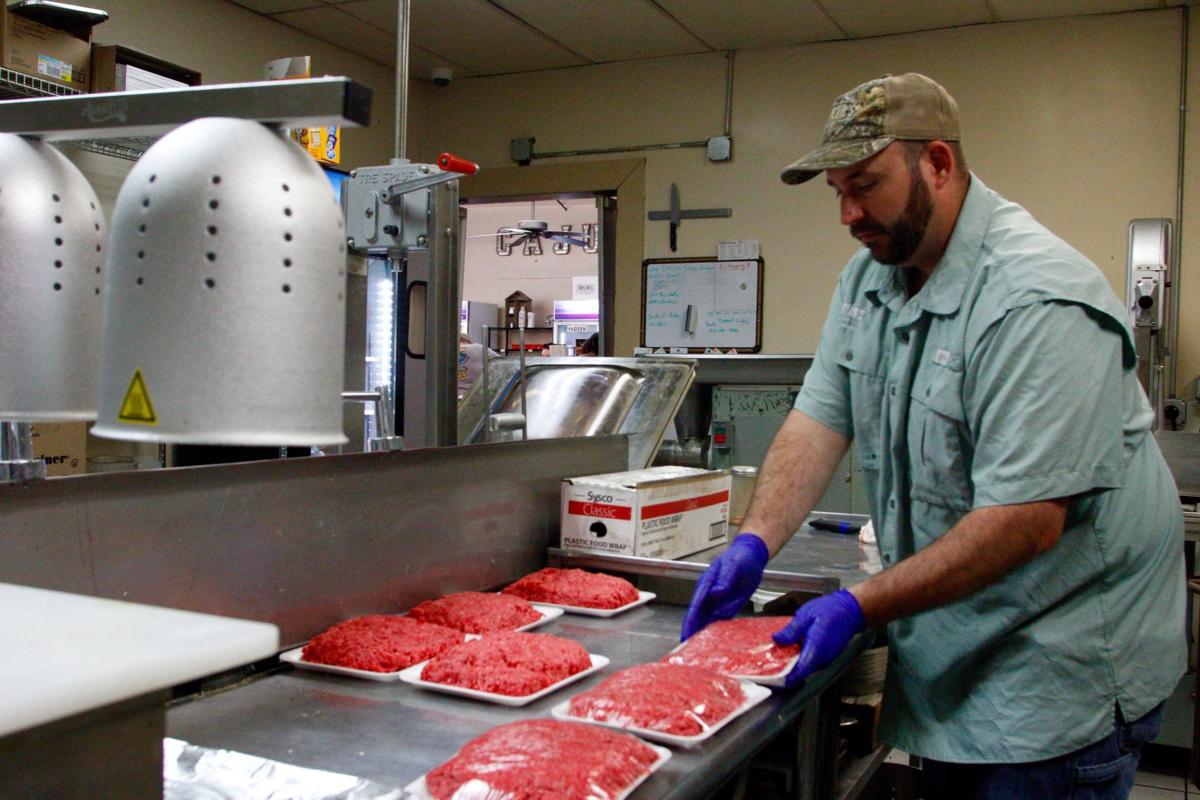 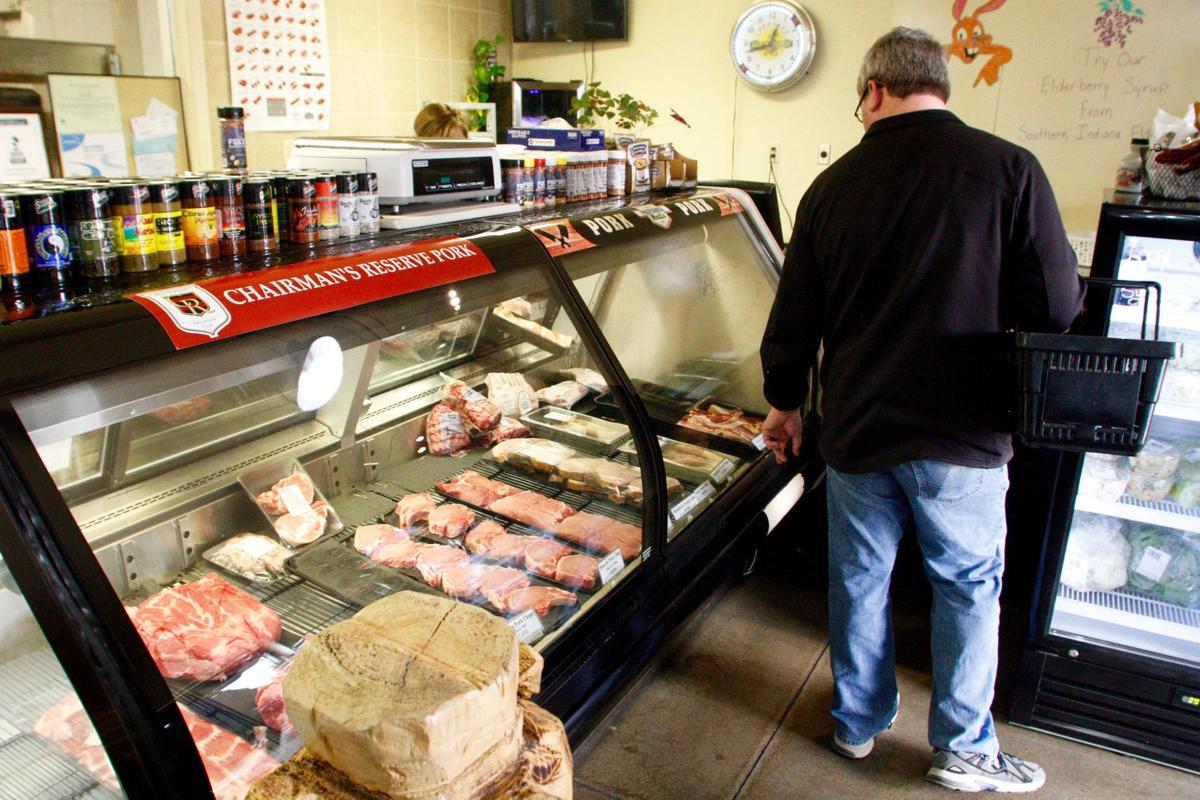 While larger grocery chains have run out of ground beef, Samantha Huber — owner of Preferred Meats — said her team is grinding daily. 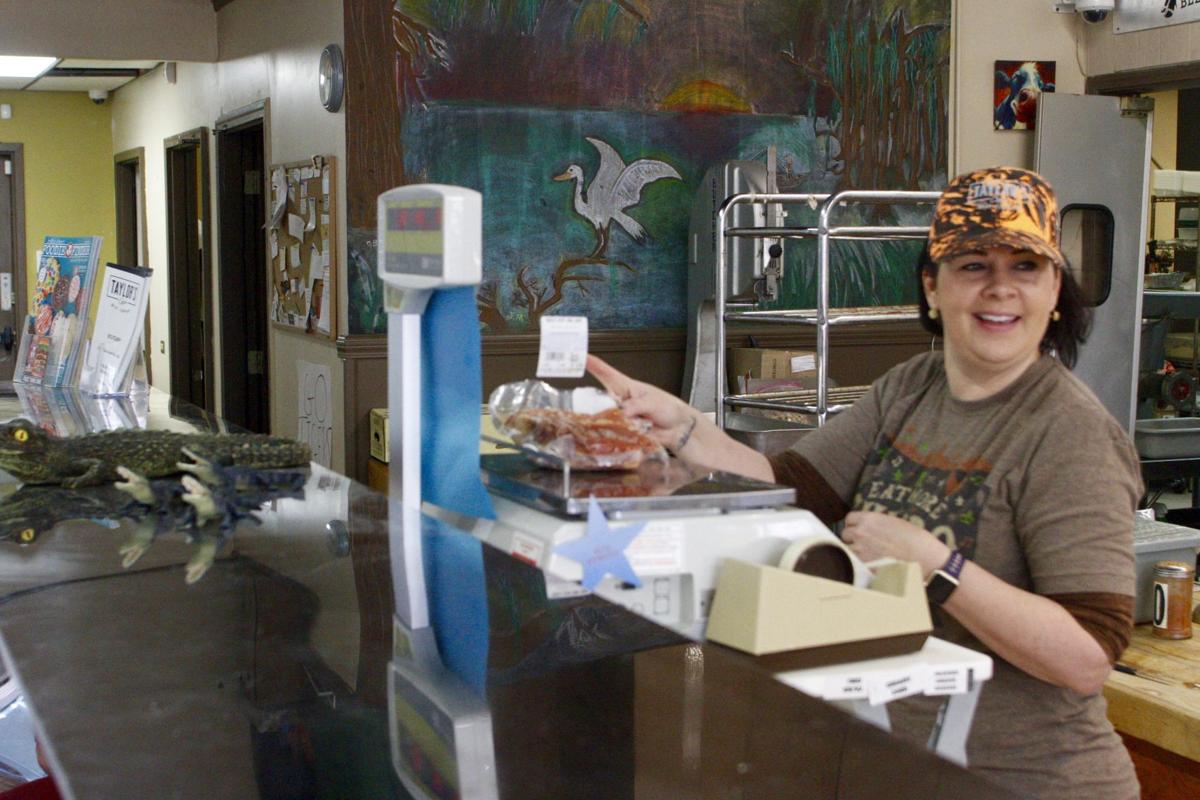 The proprietors of Taylor’s Cajun Meat Company and other independent shops in Southern Indiana have seen an uptick in business as larger grocery chains have run out of meat. 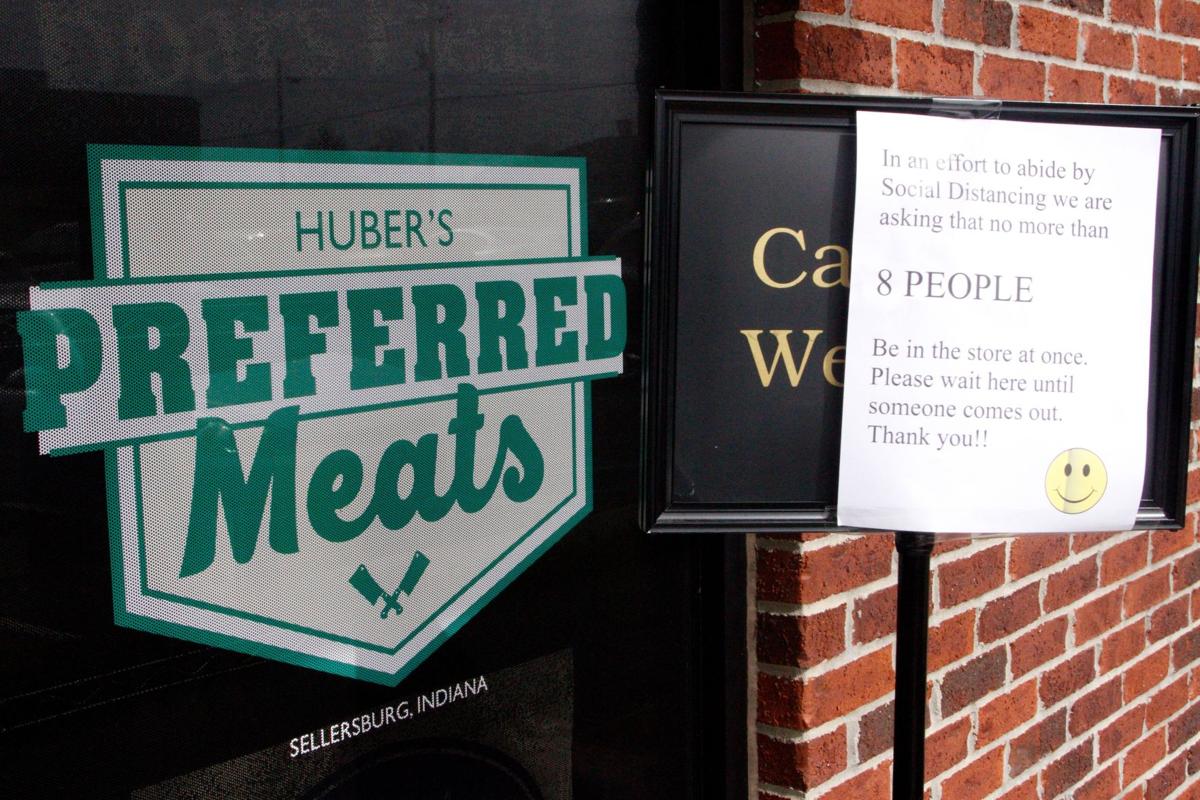 At Preferred Meats in Sellersburg, only eight customers are allowed in at a time to limit the spread of coronavirus.

While larger grocery chains have run out of ground beef, Samantha Huber — owner of Preferred Meats — said her team is grinding daily.

The proprietors of Taylor’s Cajun Meat Company and other independent shops in Southern Indiana have seen an uptick in business as larger grocery chains have run out of meat.

At Preferred Meats in Sellersburg, only eight customers are allowed in at a time to limit the spread of coronavirus.

SOUTHERN INDIANA — Hoosiers far and wide already know about the rarity that is toilet paper.

Several days have passed since shelves of cleaning supplies and paper products first began to clear. What may have caught people by surprise, though, is the lack of fresh meat in grocery sections.

Enter local butcher shops and delis, which have stepped up to provide a supply that matches the demand of Southern Indiana meat eaters.

“We’ve been open two years in August, and it’s slowly getting there,” said Ellis Taylor, owner of Taylor’s Cajun Meat Company. “People are realizing this is really fresh, or I can get it cut daily or ground daily compared to pre-packaged stuff.”

The Louisiana native had already found a steady stream of business at his New Albany shop, located at 3306 Plaza Dr. When the new coronavirus outbreak changed daily life in the United States, Taylor saw a boom.

“It pretty much has tripled,” he said. “We never want to turn down business. We always want to have the freshest quality stuff you’re going to get. We have trucks coming in twice a day.”

A similar uptick has been seen at Preferred Meats in Sellersburg. Owner Samantha Huber estimates that she too has seen her numbers roughly triple.

On Friday, customers were queued in a line that extended from the door all the way across the parking lot at the 7617 Old Hwy. 60 location.

“Thursday of last week is when it really started to pick up,” Huber said. “Since then, it’s just been nonstop.”

The shop is fairly small, with a deli counter a handful of coolers. Letting too many people in at once could pose a risk to the health of staff and guests alike.

That’s why the shop is only allowing eight customers in at a time.

“Be patient, and we’ll do our best,” Huber said. “It’s small in here. Yesterday when it was raining, everybody came in, and it was chaos.”

Taylor said he usually gets to his shop at 6 a.m. to prepare for the 9 a.m. opening. People had already gathered at his door by 8 a.m.

To keep his customers satisfied, he’s made some adjustments, given the circumstances.

“We had to open the doors way before we opened, but I’m not fussing about it at all,” he said.

Both shops have focused on providing the basics to their customers.

Essential meats include things like pork chops, steaks and chicken. Taylor’s and Preferred Meats both pride themselves on providing the highest quality offerings.

The ground beef is perhaps the most sought after item.

“No one else has ground beef right now,” Huber said. “The grocery stores don’t have grinders anymore, so they’re not grinding. We are grinding here, every day and all day. That’s why we still have ground beef.”

Neither store expects shortages in their supply chain. Taylor said he has about two tons of meat on the way.

At Preferred Meats, the process has been streamlined a bit by limiting specialty cuts. Huber added that she will alter the schedule a bit — with hours of 10 a.m. to 4 p.m. on Saturday and 10 a.m. to 2 p.m. on Sunday — to give her staff a breather.

The store stays open until 6 p.m. on weekdays. As it stands now, it’s all hands on deck, with everybody working a seven-day schedule.

Vendors are taking care of Taylor, he said, with delivery schedules being ahead of time in some situations. Both stores are inviting customers to come on down and find what they need.

“We’re trying to make sure everybody has the essentials,” Taylor said. “We thank everybody for supporting us.”