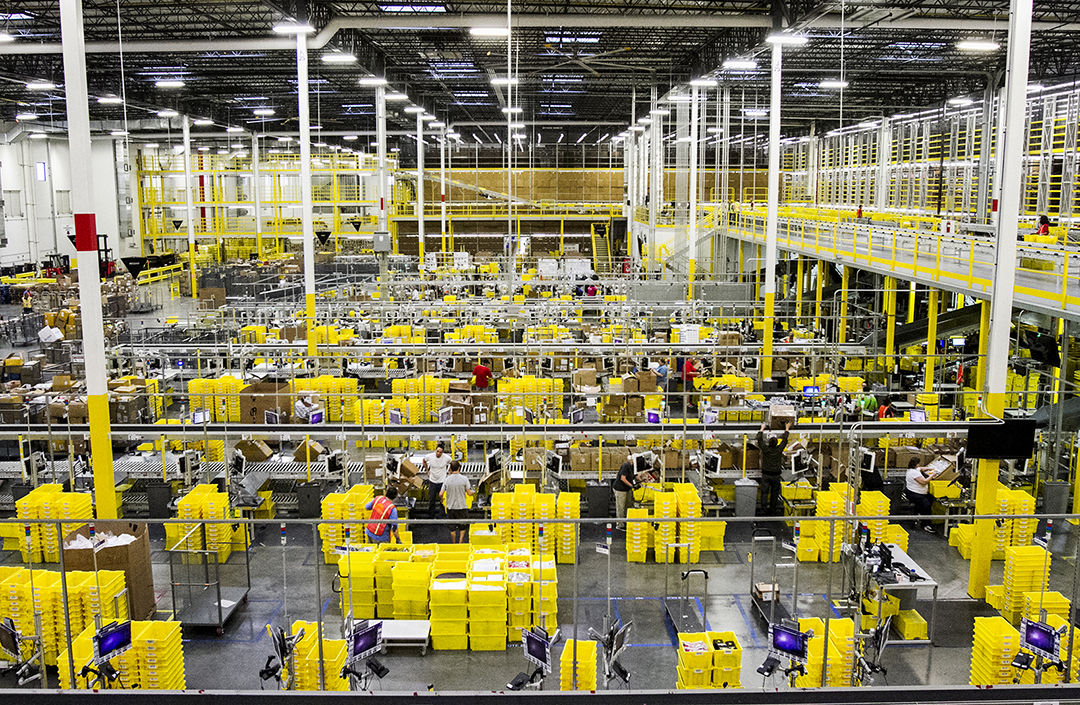 An employee at the Amazon Fulfillment Center in Jeffersonville has died from coronavirus. 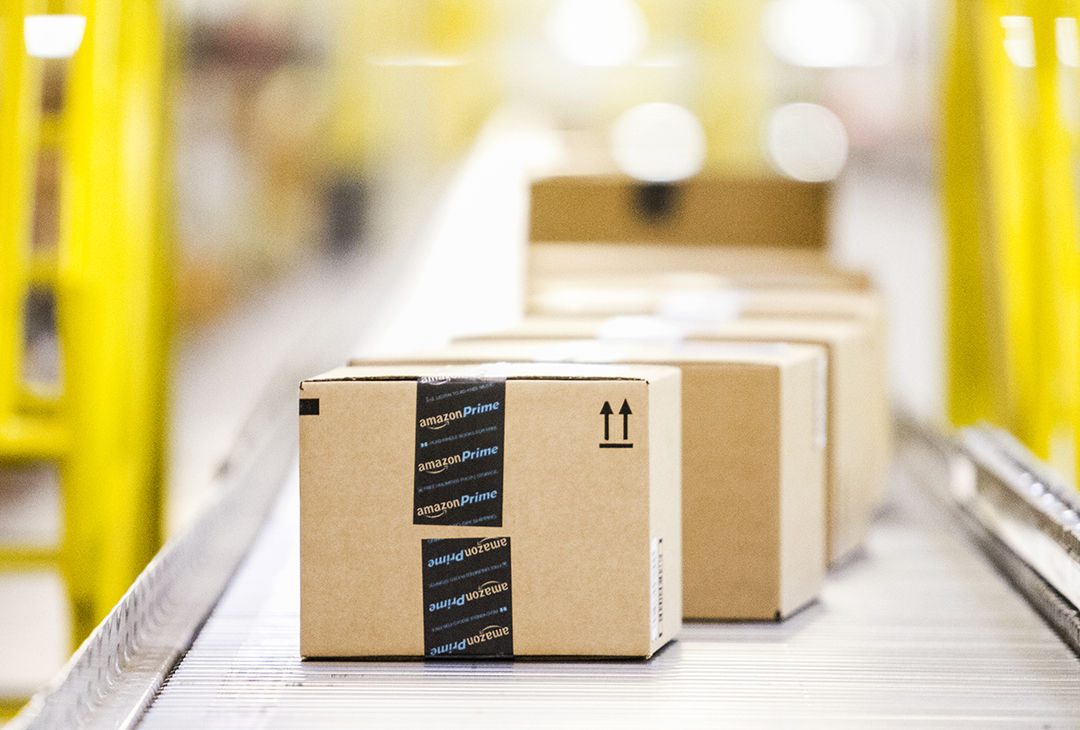 Outgoing packages are pictured on a line at the Amazon Fulfillment Center in Jeffersonville. 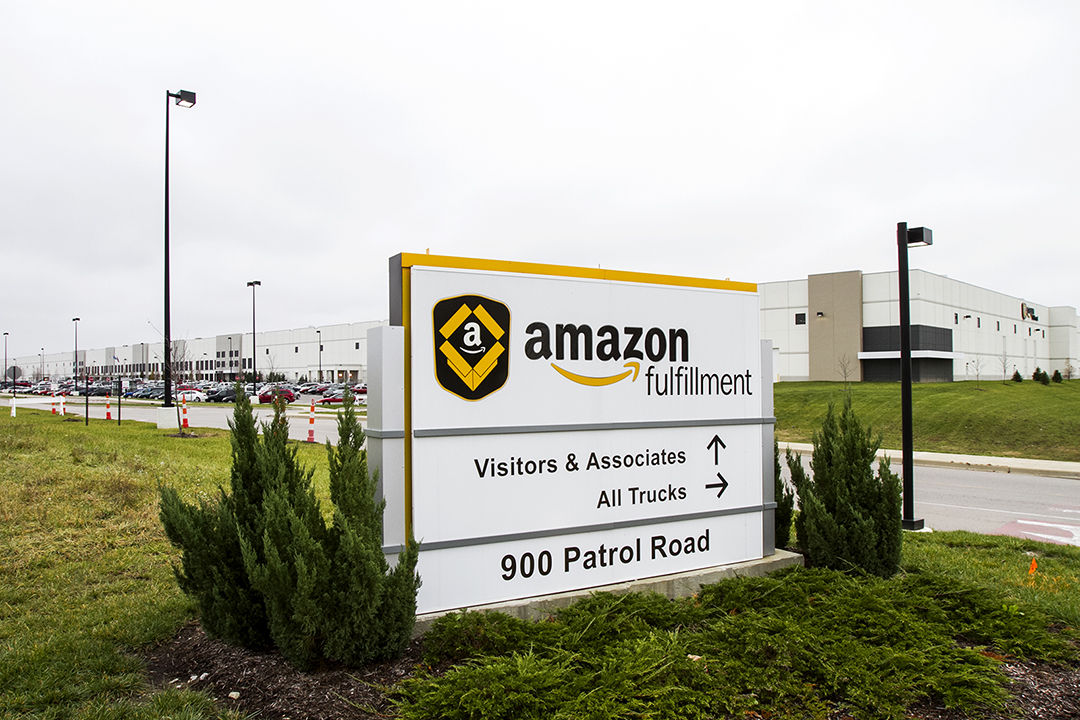 Employees of the Amazon Fulfillment Center at the River Ridge Commerce Center in Jeffersonville are asking for more protections from company leaders amid the coronavirus pandemic.

An employee at the Amazon Fulfillment Center in Jeffersonville has died from coronavirus.

Outgoing packages are pictured on a line at the Amazon Fulfillment Center in Jeffersonville.

Employees of the Amazon Fulfillment Center at the River Ridge Commerce Center in Jeffersonville are asking for more protections from company leaders amid the coronavirus pandemic.

JEFFERSONVILLE — Earlier this week, an Amazon warehouse in Kentucky saw operations suddenly come to a halt after three workers were diagnosed with COVID-19.

After company officials first announced the Shepherdsville facility — called SDF9 — would close for 48 hours to disinfect, the pause was made indefinite, with workers being told the site would shut down until further notice. SDF9 is just over 30 miles from SDF8, the Amazon fulfillment center located in Jeffersonville.

According to Jana Jumpp, who has worked at the Jeffersonville location for over four years, shipments had previously come from the Shepherdsville facility on a daily basis before the closure. She now fears that employees on the Hoosier side of the Ohio River could become exposed to the disease.

“I’m hoping that I’m wrong, but I think we’ll see some positives in the next couple of weeks,” Jumpp said.

A statement given to the News and Tribune by Amazon officials outlined some of the steps being taken by the company to prevent the spread of the coronavirus.

Among them are more intense cleaning schedules, remote interviews for new employees and limitations on face-to-face meetings. Boards in main areas and conversations with managers will be used to disseminate information to the workforce, rather than congregating for meetings.

Screenings at exits are being suspended so that the flow in and out of buildings is uninterrupted. Shifts are also being staggered so large groups of people aren’t arriving at once.

But Jumpp said that not enough is being done to protect employees. While Amazon has protocol in place for positive cases, which requires those diagnosed and all associates they came in contact with to self-quarantine at home for 14 days with pay, Jumpp believes the company should extend more leniency to people who want to avoid contagion altogether.

“Our only option is to take off without pay,” she said. “I obviously don’t want to work in this environment, so why can’t I take unemployment? If I don’t want to put myself at risk, why can’t I get laid off? They’re just pushing us to the side and saying you all just stay home, we’ll hire more to cover you. I work for that company for the benefits like unemployment, and I’m not getting those benefits.”

Amazon is offering unlimited time off to all employees through the end of April, though it will be unpaid. Those with PTO or vacation time can also utilize it when available.

It’s Jumpp’s belief that the company will simply choose from the growing pool of unemployed individuals in the area to fill positions, since many people in industries like food service are without a job during the State of Emergency.

Jumpp considers herself to be at-risk, since she is 58 years old. She and several of her colleagues have chosen to take the unpaid leave, including one man who recently had heart surgery

But not every employee, Jumpp noted, is taking the situation as seriously as health officials are advising.

The risk comes from the fact that workers routinely cross paths throughout the day. It’s not uncommon for “pickers” to walk roughly 10 miles a day through the building to find different items to pack for orders.

While individuals may not be standing directly next to each other at any given time, it’s the airborne nature of the disease that concerns Jumpp.

“Even though I’m not in the aisle with them, what if they sneeze or cough?” she said. “Let’s say I’m the picker behind them. They sneeze in the aisle, then I have to go down it. It can get in my hair, or I can inhale it.”

Many of the items at the Jeffersonville facility are what’s considered softline. Items like clothing and shoes are sent out from the site, but necessities like cleaning products and baby formula are not as prominent.

Jumpp said she anticipates to see more of those essential items to pass through in the coming weeks, but as it stands now, they are not.

“They’re coming in to risk their life, but they’re shipping out boots or a purse,” Jumpp said. “That makes workers aggravated. A lot of them are really scared.”

Jumpp made it clear that she has no issue with her management team and coworkers in Jeffersonville. It’s those at the corporate level who she wants to see institute change.

Suggestions include monitoring employees temperatures each day they come into work. Providing tests as needed would be ideal, Jumpp added, though she admitted that is unlikely given their scarcity nationwide.

She also wants attendance to be voluntary during the height of the pandemic. It’s her belief that those who do not want to risk their health should be granted temporary unemployment, rather than having to take unpaid time off.

“It’s a sad day in this country when you have a pandemic that’s killing people, and Jeff Bezos, the richest person on the planet, is telling us to take off without pay,” Jumpp said.