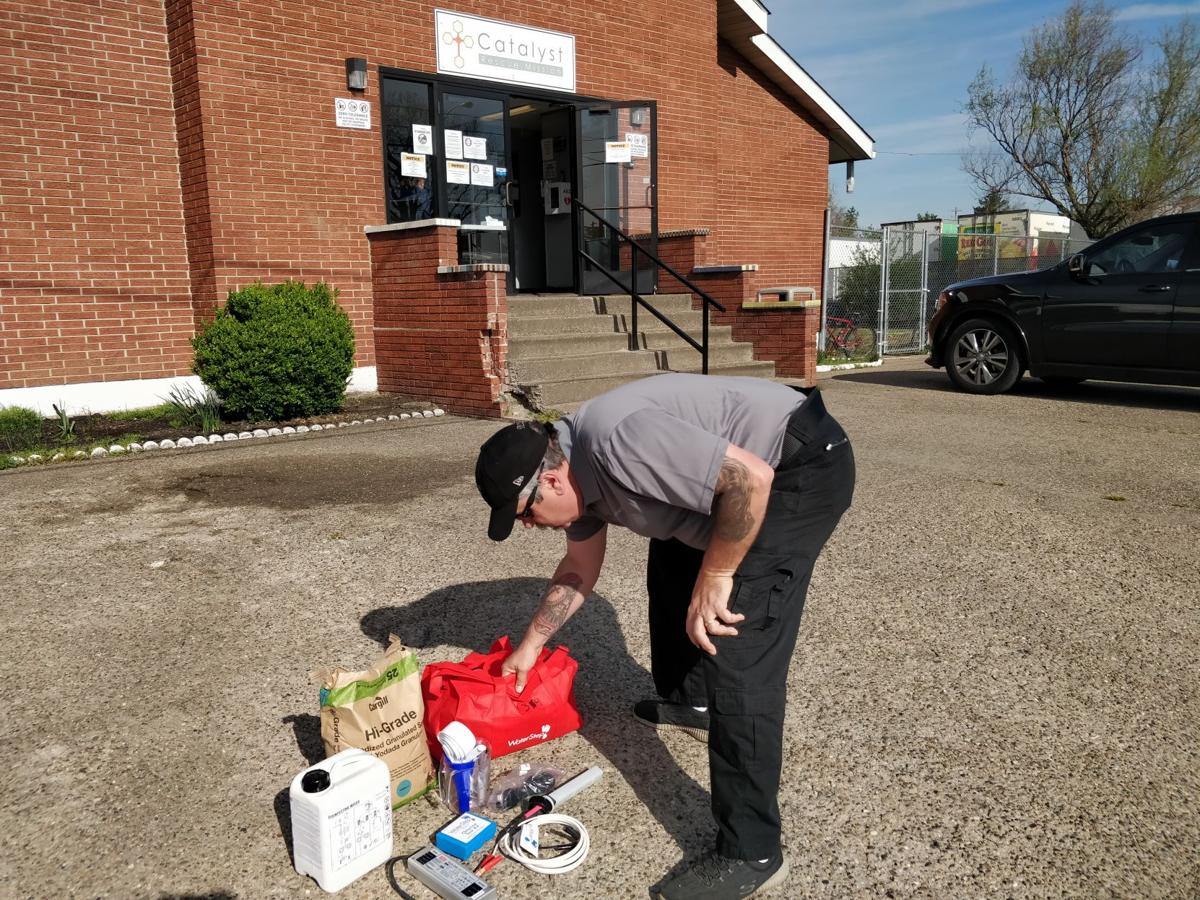 Catalyst Rescue Mission now owns a BleachMaker, a device which can make a gallon of bleach in about 70 minutes with salt, water and electricity. Pictured above is Shelter Manager Paul Stensrud. 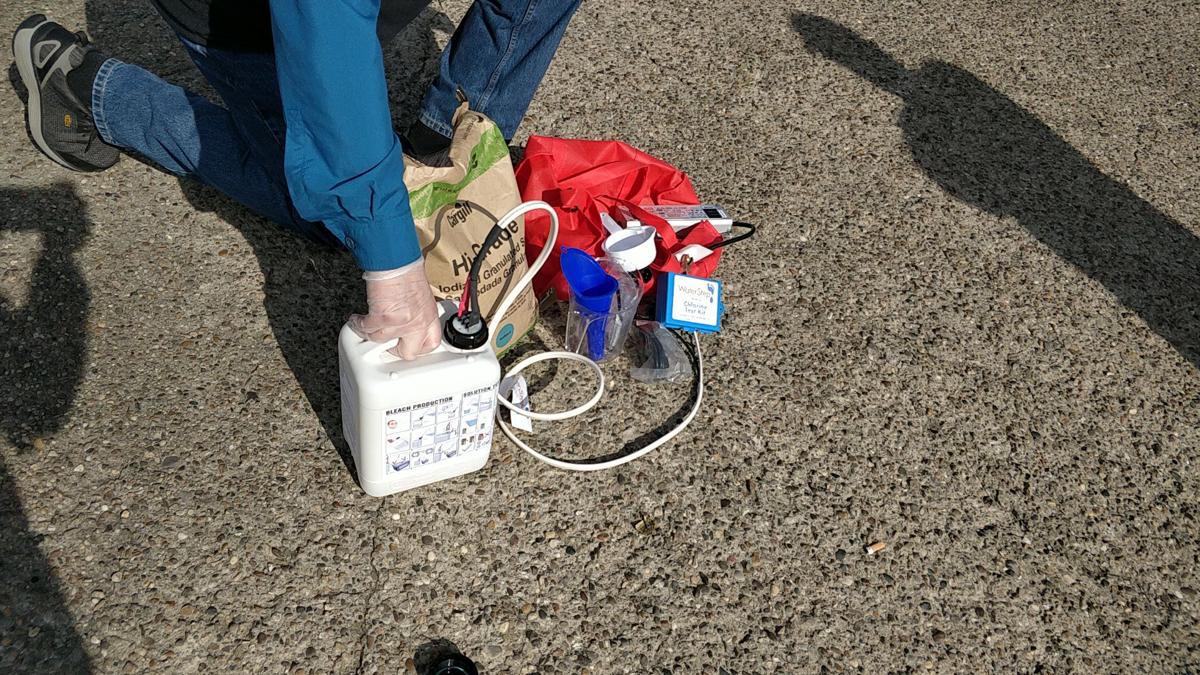 The BleachMaker was created by Louisville-based company WaterStep, to help fight the Ebola virus in Africa.

Catalyst Rescue Mission now owns a BleachMaker, a device which can make a gallon of bleach in about 70 minutes with salt, water and electricity. Pictured above is Shelter Manager Paul Stensrud.

The BleachMaker was created by Louisville-based company WaterStep, to help fight the Ebola virus in Africa.

JEFFERSONVILLE — A Jeffersonville homeless shelter has received a donation its managers say will be “critical” in the fight against the spread of COVID-19.

Catalyst Rescue Mission, the only homeless shelter in Southern Indiana, received a BleachMaker this week, a portable device which can make unlimited amounts of bleach solution using salt, water and electricity.

The device was created by Louisville-based company WaterStep, to battle the Ebola outbreak in Africa over the past several years. It was named New Product of the Year in 2019 by the Environmental Protection Agency.

The $450 BeachMaker was donated to the shelter by country music singer-songwriter Mitch Rossell.

Paul Stensrud, manager at catalyst Rescue Mission and director of homeless outreach organization Exit Zero, said the device will go a long way to ensuring they are able to properly disinfect everything.

“It’s critical because if we don’t disinfect, we’re putting the clients at risk that we serve,” he said. “As long as we have it, we can continue to clean and hopefully be part of flattening the curve.”

The device works by electrolysis, Mark Hogg, founder and CEO of WaterStep said Thursday at the shelter. The way it works, put simply, is that a device about the size and shape of a curling iron with special metal strips is immersed in a 5-liter water and salt solution. The device can be powered by plugging it into the wall or by attaching to a car battery. There are simple instructions on the side of the container.

“In about 70 minutes, we’re ready to go,” Hogg said. The solution made is stronger than what is required by the World Health Organization to kill medical waste; it can be diluted depending on what it is needed for.

“You can cut it up to a factor of 10 to sanitize tables and surfaces and handrails and that kind of thing around the house or facility,” Hogg said. “Or you can leave it stronger and you can do bathrooms if you wanted to, kitchen facilities.”

Stensrud said Catalyst and Exit Zero have been using about a gallon of bleach per day, cleaning hot spots like door handles frequently and residents’ bedding every couple of days if it is the same person using it.

“Knowing that we have that endless supply, number one it’s going to save us money but its also going to disinfect even more,” he said. “Before, we had to use what we had, not knowing if we’d be able to find it again.”

He said once the shelter gets the hang of using it, which he doesn’t expect to take long due to its simplicity, he hopes to be able to possibly provide bleach to the community during a time when many store shelves are empty of disinfectants.

“This is just a huge blessing for the outreach,” he said.

Catalyst Rescue Mission had 71 people staying at the shelter as of Thursday, Stensrud said. It’s been under quarantine for more than a week, in line with state and local orders to stay at home. Residents can leave in small numbers to get medication or other essentials, but if they leave for long periods or without management aware of where they are, they will not be allowed back in during the quarantine period.

As a result, no new residents are being allowed to come in at this time. Catalyst has set up three large tents next to the property for those new residents — a tent for single men, one for women and one in case anyone needs to be isolated due to symptoms of the disease caused by the novel coronavirus.

As of Thursday, there were 10 men in the outside tents and one woman. One other person was staying in the isolation tent just as a precaution; that person was recently at Wellstone Regional Hospital where five patients were confirmed positive within the past week.

So far, there have been no shelter residents who have tested positive

“We have had some folks that have been tested and come up negative,” Stensrud said. “So that really tell us that we’re doing something right. But we know in a blink of an eye, things can change within the shelter system.

“We’re just doing the best we can.”