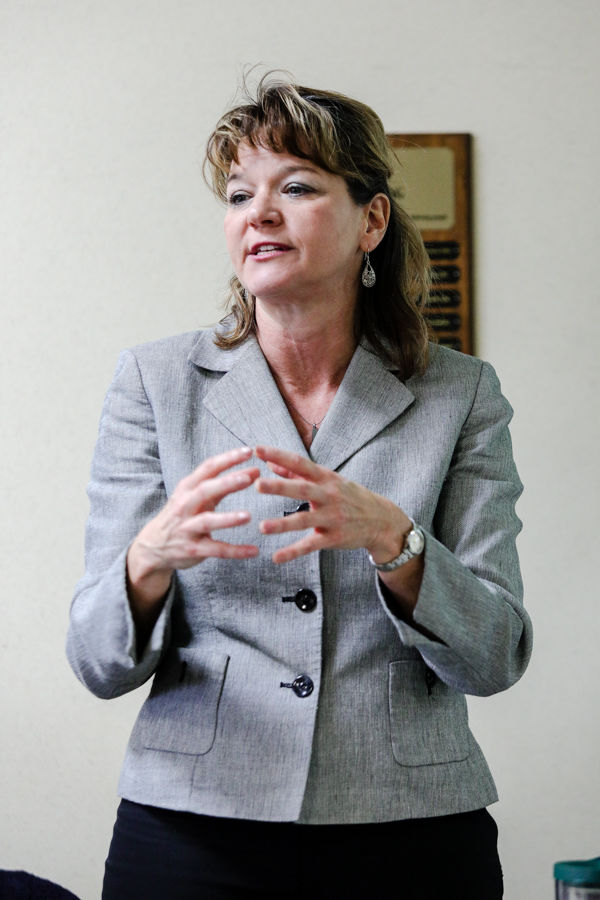 Wendy Dant Chesser, president and CEO of One Southern Indiana is pictured. 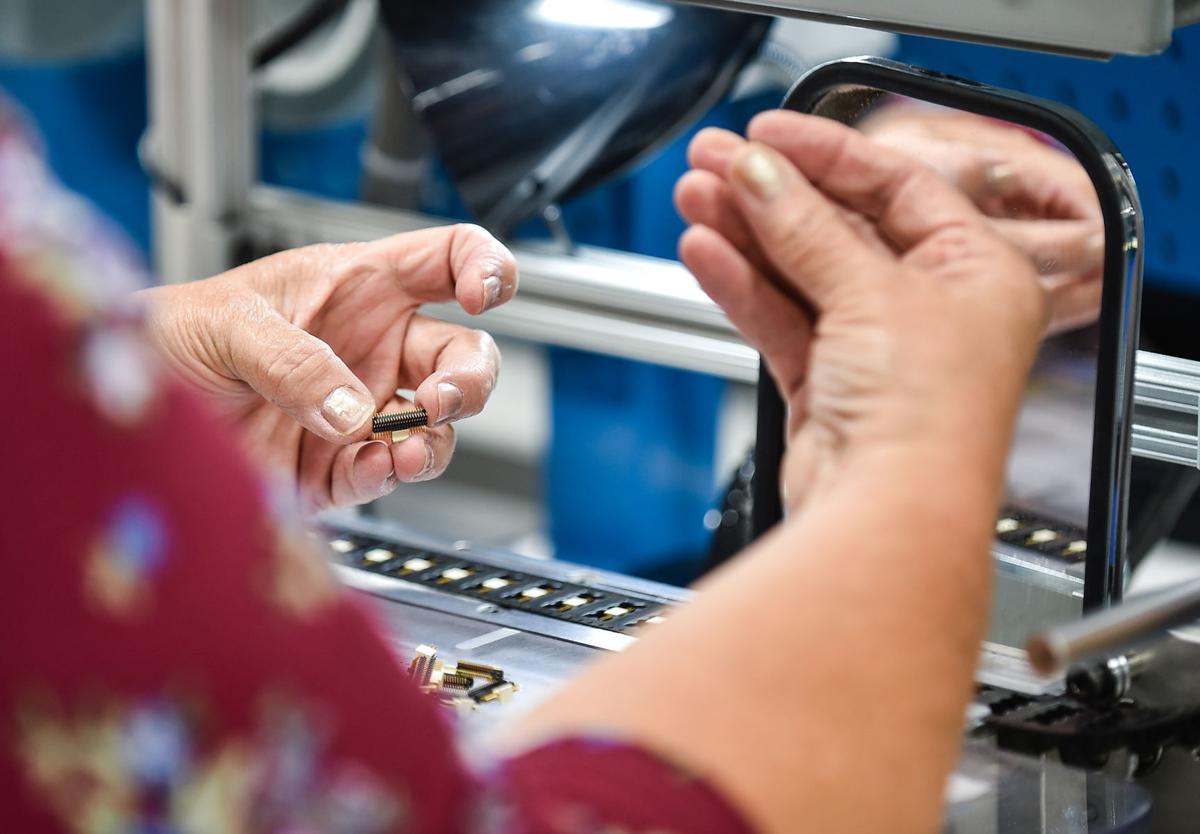 A Samtec employee looks over the product before assembling the connectors and sending them down the line to the next work area. Many local companies are preparing to resume operations soon. 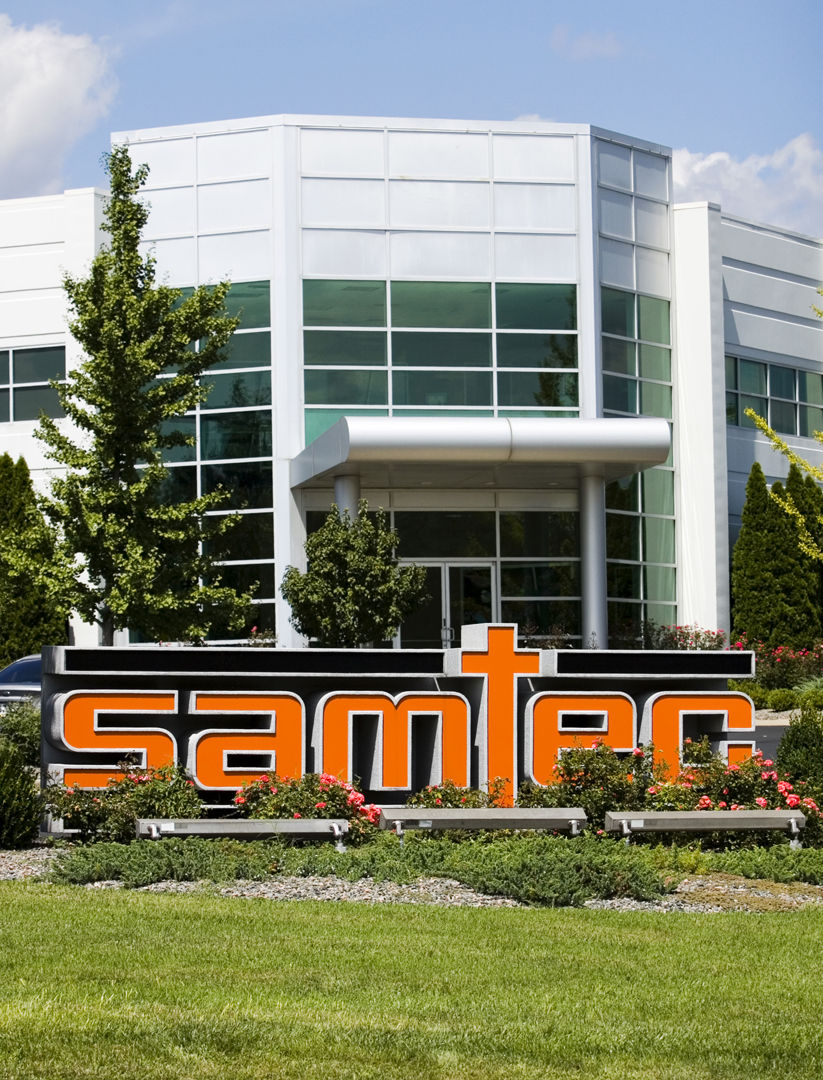 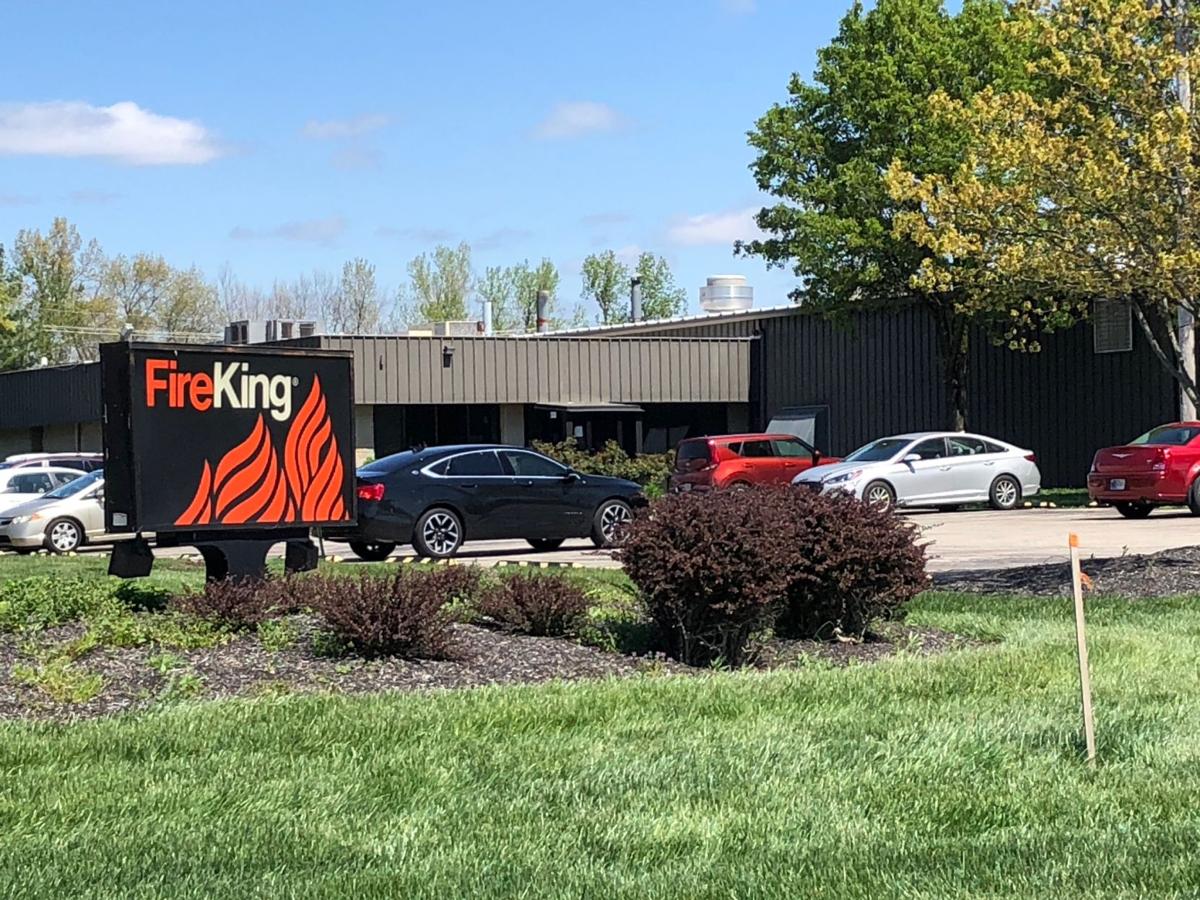 Fireking, a safe manufacturer located on Security Parkway in New Albany, issued permanent layoffs to 24 of its employees starting March 26.

Wendy Dant Chesser, president and CEO of One Southern Indiana is pictured.

A Samtec employee looks over the product before assembling the connectors and sending them down the line to the next work area. Many local companies are preparing to resume operations soon.

Fireking, a safe manufacturer located on Security Parkway in New Albany, issued permanent layoffs to 24 of its employees starting March 26.

SOUTHERN INDIANA — As some Southern Indiana manufacturers prepare to resume or expand operations that may have been limited under statewide restrictions because of COVID-19, local industry leaders offer support and advice on moving forward safely.

On May 4, Indiana Gov. Eric Holcomb announced a five-stage plan to reopen the state’s economy, nearly six weeks after he mandated restrictions on much of it to help mitigate the spread of the disease.

Monday marked the start of Phase Two, which immediately allowed for expansion in retail operations and manufacturing.

While the stay-at-home order issued in late March limited businesses to essential operations only, it left a wide berth for exceptions.

For instance, manufacturers and distributors that supply to essential industries such as healthcare, pharmaceuticals, agriculture, food, transportation, construction national defense and hygiene were considered essential and not ordered to close.

Those remaining open included Samtec Inc., an electronic parts supplier with about 1,700 employees between locations in New Albany and Scottsburg. During a public Zoom call Wednesday hosted by One Southern Indiana, Samtec global sourcing manager Brad Blackburn shared what the company has learned through this public health emergency.

With around 6,000 employees globally including in Asia, Blackburn said Samtec had been responding to the coronavirus as early as January, before it was named a global pandemic. What company leaders first learned through operations with China and later Malaysia was the need to create spacing between workers, provide personal protective equipment and monitor their health — something that’s been implemented locally.

In a large factory setting, this could mean reconfiguring high travel areas and sectioning off assembly areas for groups to work.

“If we can keep that area to 50 people...not crossing up with the other 300-400 folks on that shift, that’s good because we would have a situation we could isolate” if one or more people in that group contracted the virus, Blackburn said during the call.

“It’s not necessarily contact tracing, it’s sort of like an artificial quarantine around those folks to keep everybody safe.”

He also said employees’ temperature is taken at the start of their day, and shift overlaps have been eliminated. Only essential visitors are allowed on site and hiring has been done through Zoom calls.

Blackburn said it’s important to have a documented plan and communicate it clearly and often.

“If you have procedures in place — people are supposed to be wearing their gloves, washing their hands, staying away and [that they] have certain areas to work — enforcing that is key,” he said. “You should be doing regular walkthroughs.

“Be willing to call out your folks or remind them nicely that this is a requirement.”

Wendy Dant Chesser, president and CEO at One Southern Indiana said she’s not aware of any manufacturing companies who are members who have had to fully close, though some have had seen big shifts in business.

“We’re hearing both sides of it — we’re hearing some who their sales are skyrocketing either because of the industry they’re in or the disruption from China have created more of a desire for local work,” she said. “But then you have the others that their businesses are slowing down, their customers are not as busy so therefore the demand for their product is not as strong.”

The Indiana Department of Workforce Development listed five WARN (Worker Adjustment and Retraining Act of 1988) Notices for Indiana in January and three in February across the state. These notices alert workers and the public to upcoming permanent or temporary layoffs or closures.

By March, that had skyrocketed to 39 and in April 45. These included local manufacturing — 380 temporary layoffs at Mitchell Plastics in Charlestown and roughly two dozen permanent layoffs at Fireking International, LLC in New Albany.

Dant Chesser said she’s seen a lot of collaboration through One Southern Indiana’s Metro Manufacturers Alliance, which includes about 75 companies on both sides of the river. Their support for one another has come in the form of discussions like Thursday’s call, but also just helping out one another.

At the start of the global health emergency, some companies switched gears to help the cause — like Maker 13 in Jeffersonville, which used 3D printing to make face shields, or Starlight Distillery making hand sanitizer when it was scarce to find the product for sale.

At one point, the distillery needed more of certain supplies to continue making the sanitizer; through the group, it was found quickly.

“[With] most of those ebbs and flows in that supply chain, these manufacturer networks have really allowed that to happen,” she said.

“It was wonderful in the worst times.”