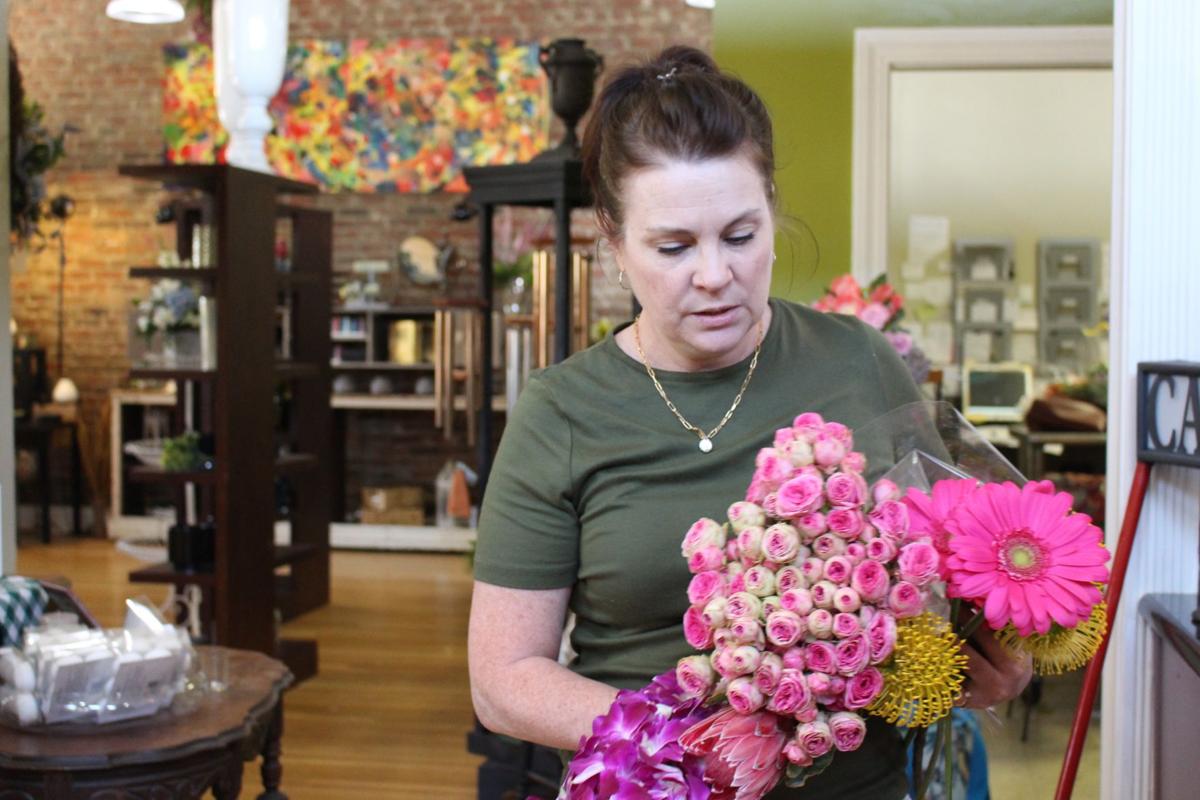 Carolyn Minutillo, owner at Lavender Hill Florals in downtown Jeffersonville, readies the shop Monday for expanded operations after COVID-19 led to restrictions for many businesses. 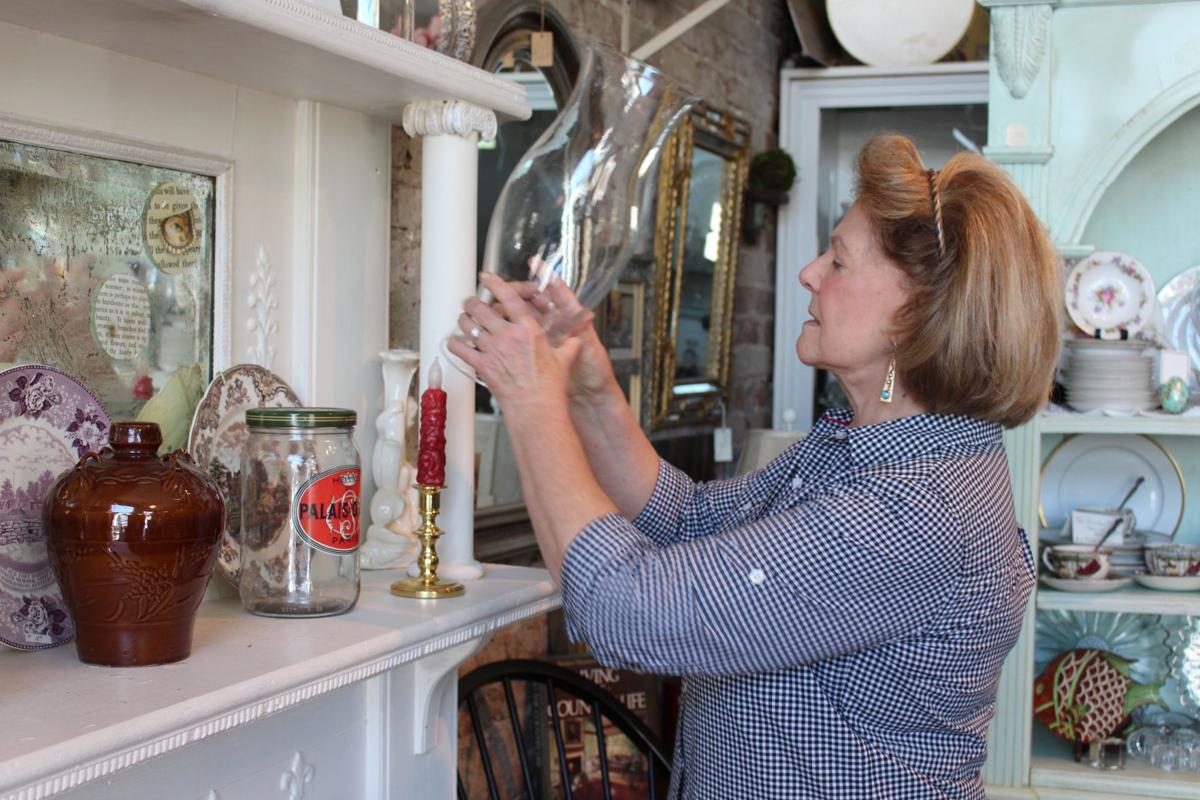 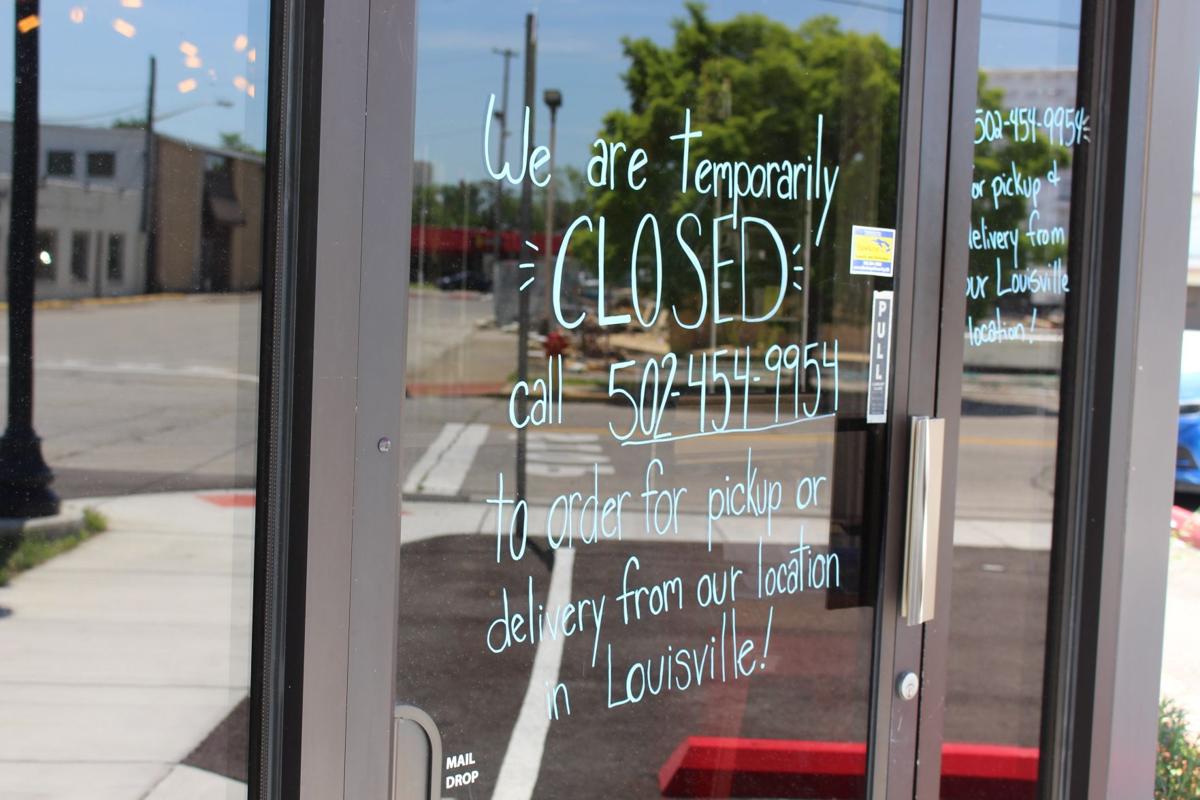 Preston Arts Center continues to deliver art supplies to customers within 30 minutes of either the Jeffersonville store or the one on Bardstown Road in Louisville. 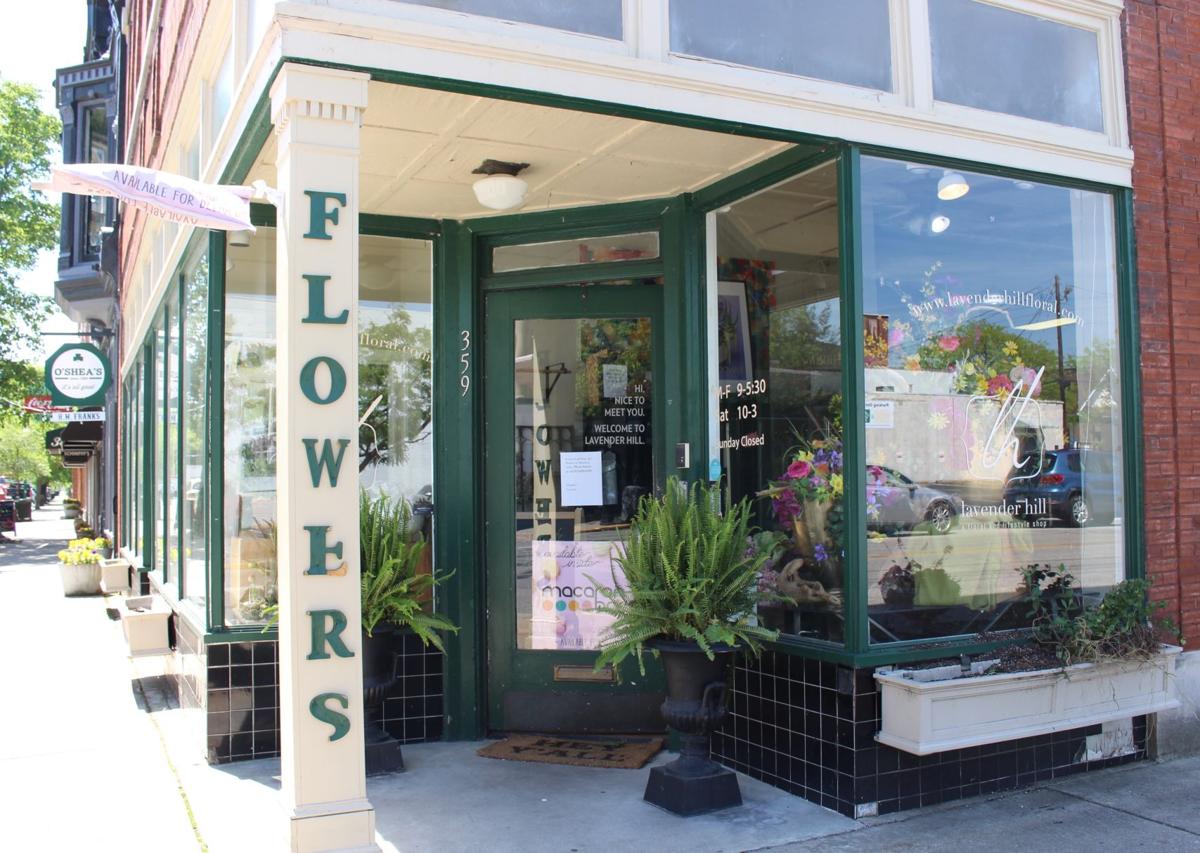 Lavender Hill Florals owner Carolyn Minutillo is one of many local business owners to be providing customers with curbside service and delivery during the COVID-19 shutdown. On Monday, she was preparing for expanded operations due to loosened restrictions on business in Indiana.

Carolyn Minutillo, owner at Lavender Hill Florals in downtown Jeffersonville, readies the shop Monday for expanded operations after COVID-19 led to restrictions for many businesses.

Preston Arts Center continues to deliver art supplies to customers within 30 minutes of either the Jeffersonville store or the one on Bardstown Road in Louisville.

Lavender Hill Florals owner Carolyn Minutillo is one of many local business owners to be providing customers with curbside service and delivery during the COVID-19 shutdown. On Monday, she was preparing for expanded operations due to loosened restrictions on business in Indiana.

CLARK COUNTY — In the nearly six weeks since Indiana Gov. Eric Holcomb issued an executive order closing or limiting non-essential businesses due to COVID-19, small, local shops in Jeffersonville have had to adapt — doing things like expanding delivery and curbside service when possible.

With a new order issued late last week, many are now preparing to reopen.

On Friday, Holcomb issued an executive order outlining a five-stage plan to reopening the Indiana economy with phase two starting on Monday. This includes the immediate reopening of retailers allowed to operate at 50% capacity. Restaurants will follow, being allowed to provide in-person service at 50% capacity on May 11.

Monday afternoon, the trio that owns and operates Sugar Maples antiques and gift store in Jeffersonville — Glenda Bir, Diana Kircher and Sandy Phillips — met to discuss how they would go about reopening to the public.

“That’s what we’re here to do today, discuss it and call all of our dealers and see how they feel about it,” Kircher said.

The owners did not charge rent to their antique dealers in April or May, “and hopefully by June we’ll be open full time,” Kircher said.

While they have sold some online during the shutdown, Sugar Maples is the kind of place where people like to go in and explore — discovering new one-of-a-kind treasures.

“I’ve had quite a few people say to me ‘please don’t go under; you’re our favorite store,’” she said. “And I say ‘well we hope not to but you have to have people come in to rebound any kind of shop.”’

Though retail is limited to 50% capacity and crowds limited to 25 or less, Kircher said that shouldn’t affect business when they do reopen.

“We don’t get a big rush of people so unless it’s wine walk or Christmas,” she said. “I think we’ll be OK, I really do.”

Andrew Preston, owner of Preston Arts Center in downtown Jeffersonville and on Bardstown Road in Louisville, said when the stores were mandated to close in late March, he wanted to make sure customers still had access to the art and craft supplies they needed.

He and his staff redirected merchandise from the Jeffersonville store to Louisville, and have been making same-day deliveries to anyone within 30 minutes of either store. Staff are knowledgable and able to help customers with questions find what they need over the phone, and all deliveries for sales of $10 or more are free.

“The level of personal service, it’s still there and we’re happy to help,” Preston said.

But he added that even with the loosening of restrictions on business, he will need to decide how and when to proceed with the Jeffersonville store, which was opened with more of an educational than retail component in mind. A lot of those students have been retired people — a group more susceptible to severe illness from the disease caused by the novel coronavirus.

“So based on lots of different factors, we’re going to have a hard time justifying reopening for the time being,” Preston said. “We’re all looking forward to a time when we can get back.”

He also understands that this could mean a time for many shops to revisit business models — though he can’t say what that might mean for Preston Arts Center.

“I’m very open to the notion that most stores might change,” he said. “But until I see a little more of what the world might look like, I don’t know what that change would be.”

Carolyn Minutillo, owner and principal designer at Lavender Hill Florals, has remained open for curbside and delivery options, but she said it’s been a challenge to do business during the shutdown. With weddings, corporate events and Derby cancellations, she’s seen two-thirds less business compared to the same time last year and she’s looking forward to reopening to the public in the coming days.

On Monday, she was working on resetting the store.

“We want to be open and still be top of mind to people to support us,” she said. Minutillo said that while people may have still been buying plants and flowers, they were likely doing it at places that were more open and accessible, like grocery stores.

“So we want to remind them to come to the florists and support the small businesses,” she said.

Jay Ellis, executive director of Jeffersonville Main Street, Inc., said there have had to be a lot of adjustment during this time, a challenge for the small local businesses whose very presence helps make up the character of downtown.

“I think all the downtown businesses, they’re eager to get back to normal and be open again,” he said. “It’s just figuring out their plans because I think they going to be customized to that particular business [whether] it’s antiques or flowers or candy or coffee.”

He said the partial or full temporary closures have meant a big hit in revenue to the local stores.

“That means they can’t buy inventory, they can’t keep on staff, they might have to hold paying utilities and rents and mortgages and things like that,” he said.

“It’s been especially jarring because downtown was already trying to adapt against the popularity of online shopping.”

Jeffersonville Main Street has started a grant program with the goal of raising $40,000 to help these businesses. Applications are open now, and the maximum amount a business could receive is $3,000.

“We emphasize the character, the architecture and the walkability of downtown,” he said. “It’s that experience — they want to come downtown and feel like they’re someplace special, not just Everytown, U.S.A.

“Downtown Jeffersonville fits special and charming to a T.”

• Just over 9% of people who identify as Hispanic have tested positive compared with 37.9 non-Hispanic and 52.8% unknown.

• There have been 2,316 positive patients among residents of 173 longterm care facilities; 420 of these residents have died.

• The Centers for Disease Control and Prevention reported that as of Sunday, there had been 1.12 million cases in the U.S. with 65,735 deaths.