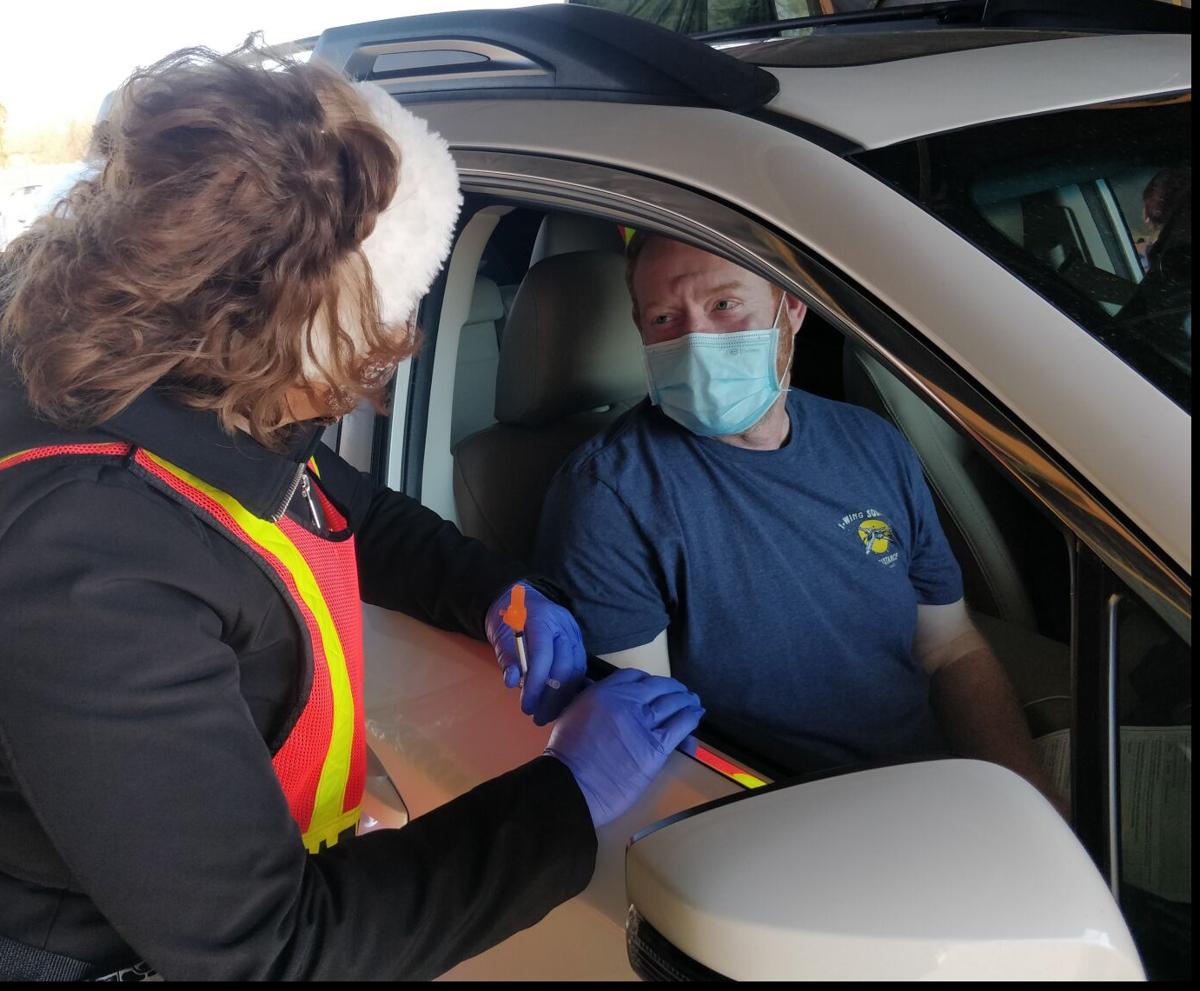 Adam Green, a Floyd County resident with a rare form of blood cancer, got his first Pfizer vaccination last week in New Albany, after the state had opened vaccinations to include those with certain underlying health conditions. 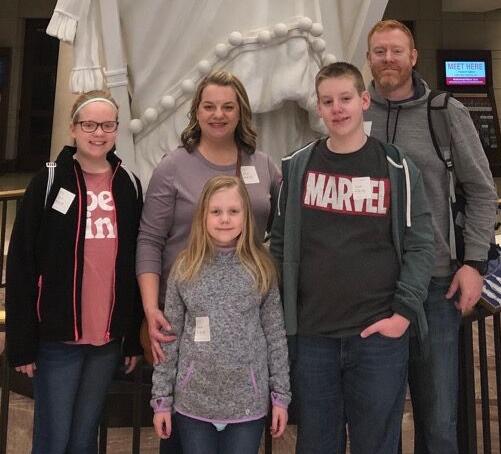 Adam Green, a Floyd County resident with a rare form of blood cancer, got his first Pfizer vaccination last week in New Albany, after the state had opened vaccinations to include those with certain underlying health conditions.

SOUTHERN INDIANA — A Southern Indiana family is hoping to soon return somewhat to normalcy after a year of being closed in due to COVID-19.

Last week, 39-year-old Adam Green, who was diagnosed in 2017 with the very rare blood cancer Erdheim Chester disease, received his first dose of the Pfizer vaccine after the state opened shots to include those with certain underlying health conditions. His wife, Sarah, has since gotten her first shot of Moderna.

What this means for the family is that they soon might be able to start doing some of the things they had to be extra careful to avoid over the past year due to the risk the disease could present to Adam — seeing family, going into stores, hugging loved ones.

Perhaps the biggest change will come for the couple’s three children — 14-year-old Ryan, 12-year-old Anna and 10-year-old Emma have been doing virtual learning since they left for spring break last March. They expect to head back to the classroom in early April for the first time in over a year.

“The kids are thrilled, I think we’re all thrilled,” Adam said, adding that’s especially true for their son, who’s in eighth grade this year.

“I think it’s just a big year for him and I hate that he’s missed as much as he has. Same for my daughters — they’re just kind of over the moon.”

Adam and Sarah said that when things first starting ramping up in early spring last year, it was hard for anyone to have a good picture of what it could mean. While he’s had several treatments since his diagnosis and feels good most of the time, his cancer is still something that could put him at greater risk for COVID.

“We knew this was a big, scary, unknown thing,” Adam said. “So given our circumstances, we decided to just kind of lock it down.”

In the earliest days, they still made some runs to stores, with masks on. But “as the numbers increased and we had an understanding of just how dangerous things could be — especially for people who might be immunocompromised or have a medical condition that put them at a higher risk — we dialed it back,” Adam said.

That meant getting pretty much anything they needed from stores through curbside orders, skipping the public family activities they’d had pre-pandemic and taking extra precautions when visiting with family.

This part was extra hard, since they are a close family and have a lot of relatives who live nearby. For Christmas, they picked the warmest day and got together outdoors staying apart, each bringing gifts to the middle of the family pods they’d gathered.

But even while staying home, the family found ways to make things special. Sarah said it was important for them to find things to look forward to, so they started doing things like having a pinata for every one of their birthdays, and doing extra things on other holidays.

They’ve had Chick-fil-A night — where Adam and Sarah recreated the recipe and made little bags with the restaurant logo. Mondays are board games nights, Wednesdays for video games and on Fridays they watch movies.

“We have set things to look forward to each week so that we’re all together,” Sarah said. “We’ve all been together but we were noticing that we’ve all been sort of isolating from our little corners so we wanted to make sure we were doing activities that were social within our own family every day.”

The couple say they’re both excited that the kids will be able to rejoin their peers in person soon, and there are things they’re looking forward to, as well.

“I’m most excited about hugs,” Sarah said. “My family is really close and all of us live close by and that’s something that I’ve missed out on.”

Adam, a singer and guitarist who pre-pandemic played one-man shows at New Albany venues, is looking forward to getting back to that. He also can’t wait to get back to Recbar downtown. They both are hoping for a vacation.

“I just look forward to being able to go out into the world and not be as concerned about the virus,” Adam said.

The two say they know they’re lucky — to be able to work from home (Adam has since 2008), to be able to still get his necessary medical care, to be able to get the things they need from things like curbside services.

And even though they wouldn’t have chosen a global pandemic to make it happen, the Greens know they’re lucky just for the time they’ve been able to spend together as a family.

“I think back to life pre-pandemic and it’s like this for so many families...you’re scrambling all the time and you’re running to this practice or that practice and this event or that event and you’ve got work stress and your time feels like much more of a hot commodity,” he said.

“This whole year has been unprecedented, and it’s afforded us time together that we wouldn’t have had otherwise, and, I think in some ways forced us to slow down and maybe reassess the things that matter and the things that are important.

“I think we’ll absolutely emerge from this with a greater appreciation for the time we do get to spend together.”

“I think we’ll be much more intentional about how we schedule and spend our time,” she said. “Life just moves so quickly that a lot of times you don’t have time to stop and think about it unless you make the time to do it.”