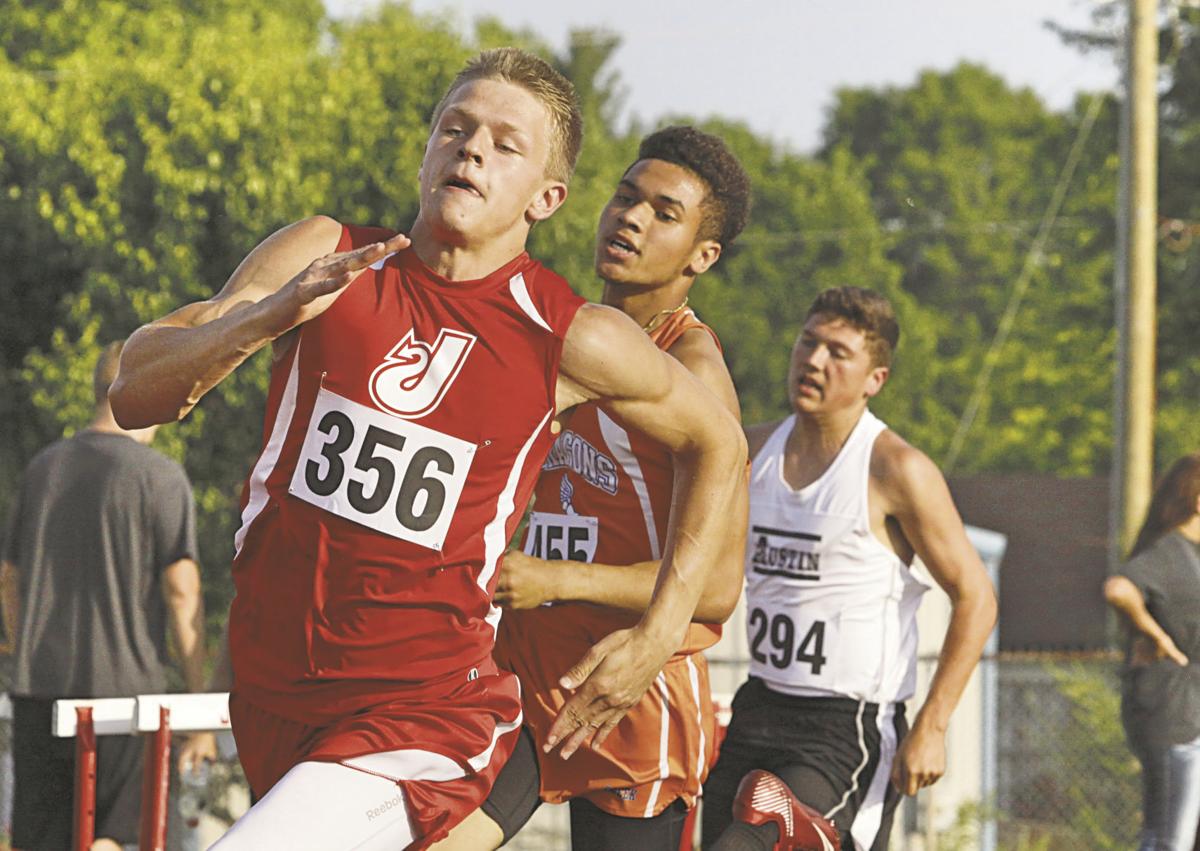 Jeffersonville’s Isaac Findley leads Silver Creek’s Jacob Graf around the turn in the 200-meter dash at the Jeffersonville Sectional on May 18, 2017. Findley is one of many area high school athletes who are in limbo about the spring sports season. 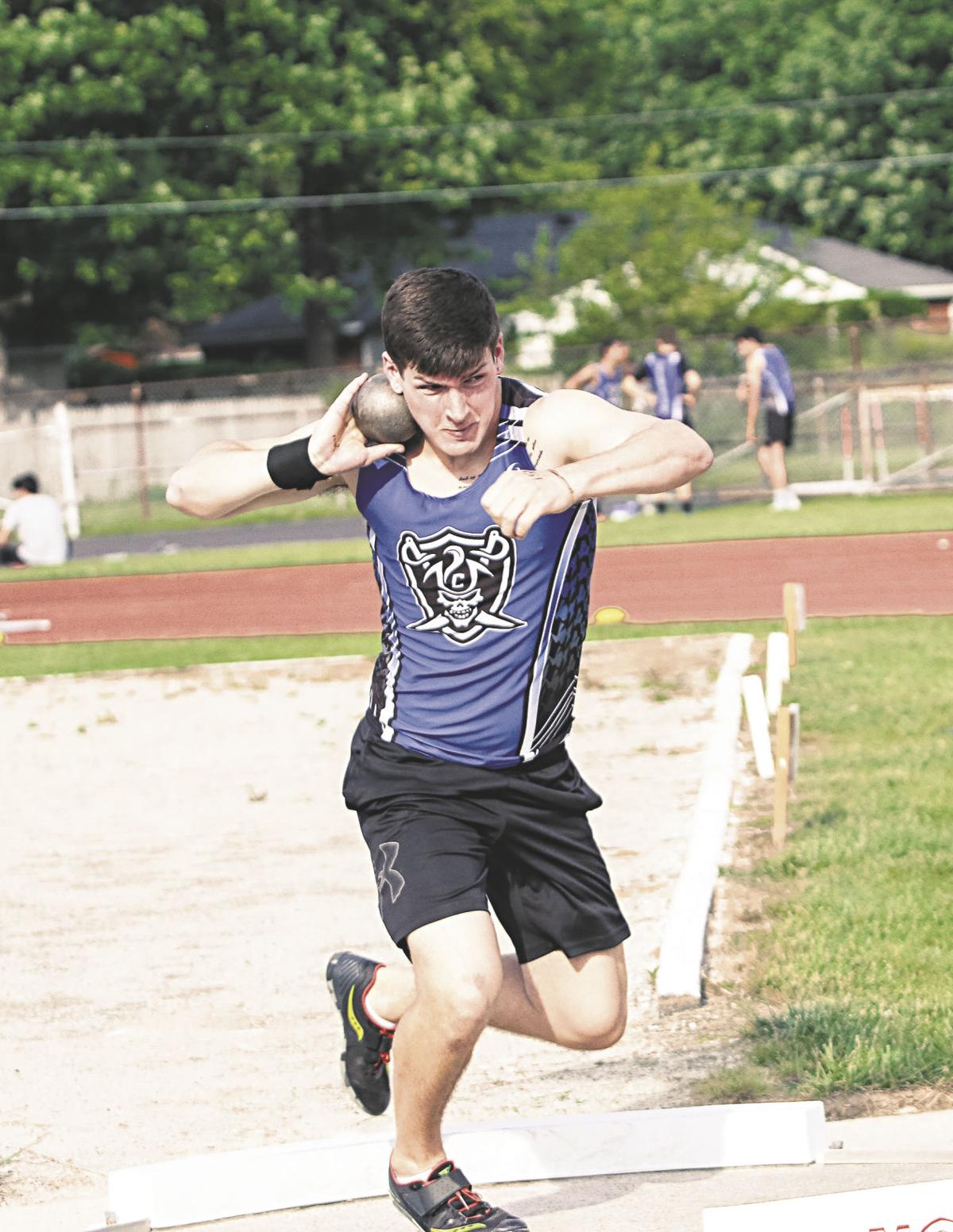 Charlestown’s Bo Braunecker winds up to throw the shot put during last year’s Jeffersonville Sectional. Braunecker, who won the discus and was runner-up in the shot put at the sectional, said he will be “destroyed” if he is unable to compete this season. 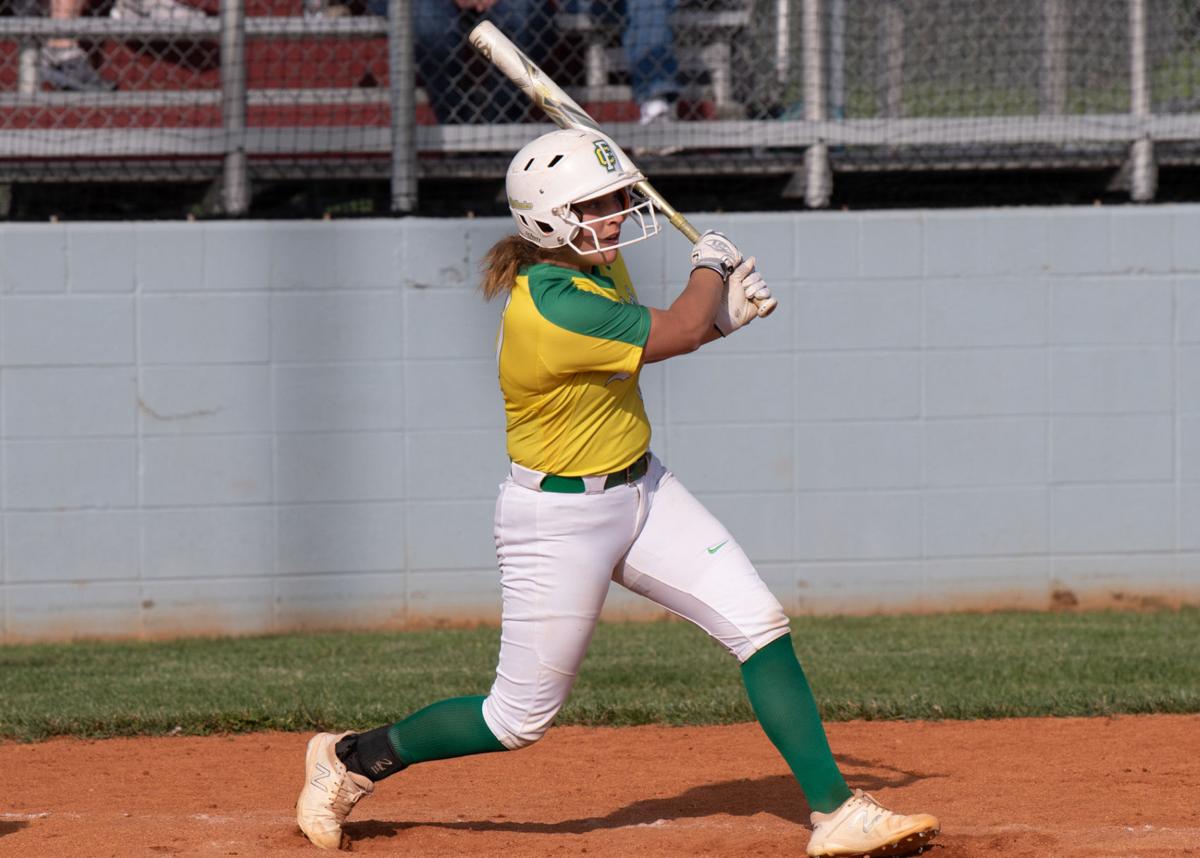 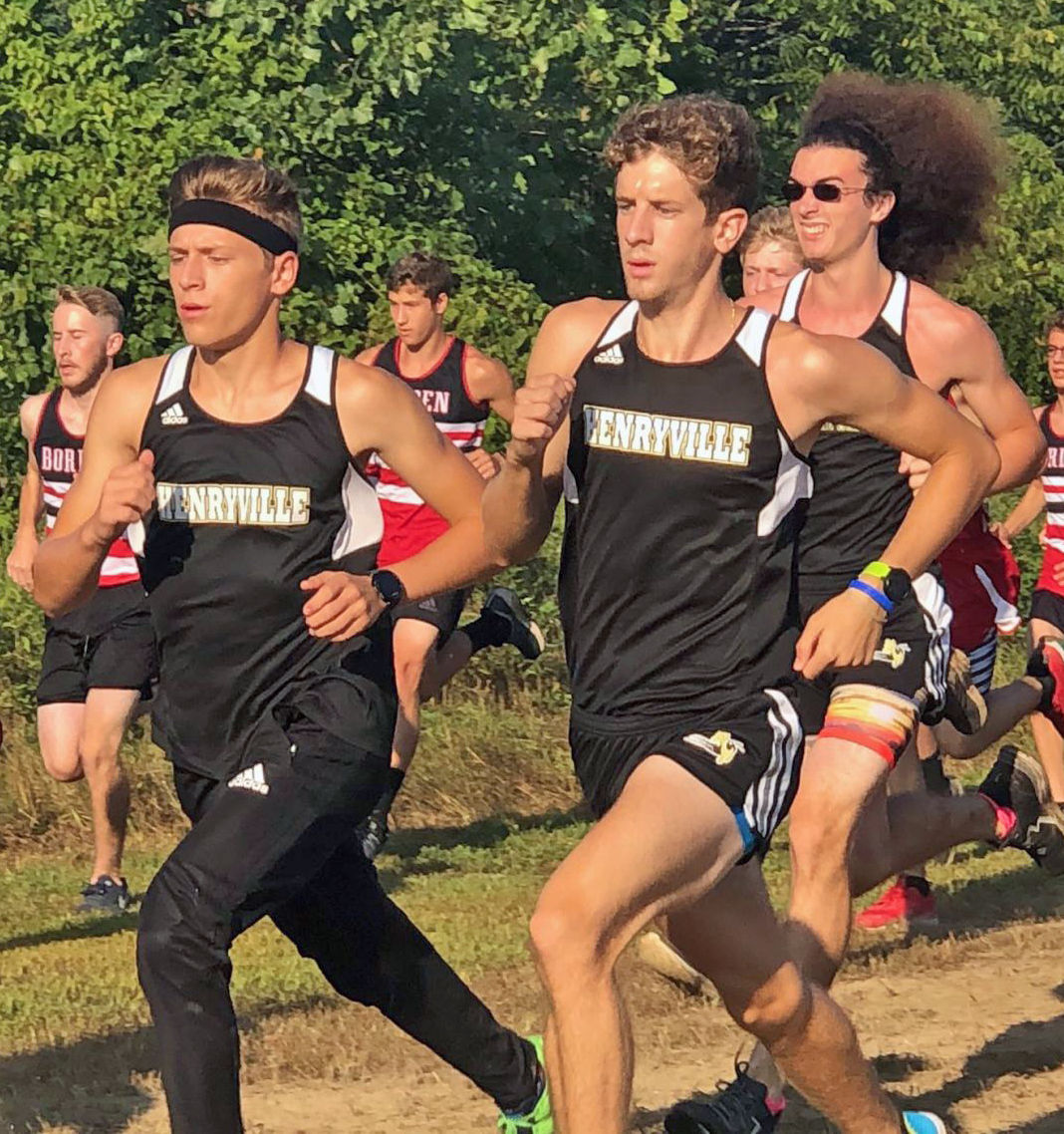 Henryville’s Jake Youell, Caleb Lehaceanu and Logan Owens compete during a cross-country meet last fall. All hope to be able to compete for the Hornets on the track this spring.

Jeffersonville’s Isaac Findley leads Silver Creek’s Jacob Graf around the turn in the 200-meter dash at the Jeffersonville Sectional on May 18, 2017. Findley is one of many area high school athletes who are in limbo about the spring sports season.

Charlestown’s Bo Braunecker winds up to throw the shot put during last year’s Jeffersonville Sectional. Braunecker, who won the discus and was runner-up in the shot put at the sectional, said he will be “destroyed” if he is unable to compete this season.

Henryville’s Jake Youell, Caleb Lehaceanu and Logan Owens compete during a cross-country meet last fall. All hope to be able to compete for the Hornets on the track this spring.

Some are running stairs inside their house. Others are doing as many push-ups and sit-ups as they can. More are hitting off of tees — the baseball and softball variety, as well as the golf variety.

Such is the life these days for high school spring sports athletes as they wait and see when — or if — their seasons will begin as the United States deals with the coronavirus pandemic.

“Right now I guess it’s on pause until we get back to school. I’m just hoping we can still have a season,” Jeffersonville senior and track & field athlete Isaac Findley said.

While the Indiana High School Athletic Association announced the cancellation of its 110th annual boys’ basketball tournament last week — in the wake of Governor Eric Holcomb’s directive that all schools remain closed until May 1 — it did leave a sliver of hope for its spring sports. In communication with member schools after that announcement, the IHSAA said it still intends “to stage an abbreviated spring sports program.”

That was good news for spring sports athletes across the state.

"I was actually really happy that they might go on," Floyd Central senior, and softball standout, Taryn Weddle said.

The IHSAA also said it would allow student-athletes to practice with out-of-school teams without compromising their eligibility. Additionally, the organization announced it would leave it up to “parents and students to make an independent determination to seek activity that is non-school sponsored while schools are out of session.”

However, the IHSAA cautioned that the announcement was “NOT an invitation to begin a limited contact period or conditioning which is school sponsored and against the directive of our Governor. If we are able to resume on May 1, 2020, the number of separate days of practice necessary to participate in any interscholastic event, including contests shall be set at five.”

Usually, individuals have to participate in 10 practices before being allowed to play in competition.

So while the spring sports athletes remain in limbo, they are doing whatever they can to remain in shape for their respective seasons. That, of course, is made more difficult by the fact that they are prohibited from any school-sponsored trainings or practices and, with all the schools closed, athletes are often left without a place to workout.

“I’ve just been trying to find a place to run, or lift weights,” Findley said.

It didn’t help matters any that Mother Nature wasn’t much assistance last week.

“It’s been raining too, so that doesn’t help,” Findley said then. “The weather isn’t cooperating.”

In the meantime Findley, and other athletes, have had to improvise.

“I’m just trying to do stuff around the house, I hate sitting still,” the Red Devils sprinter said. “I run up and down the stairs, do push-ups and sit-ups, anything I can do just to get my heart pumping.”

Henryville senior Logan Owens, a standout hurdler on the Hornets’ track & field team, said he’s been working out at home, and going for runs with his teammate, and next door neighbor, Jayke Youell.

While coaches aren’t allowed to conduct in-person workouts during this time of social distancing, some are taking to social media.

Jeffersonville wrestling coach, and physical education teacher, Danny Struck has been communicating with many of his students online.

“I send them out a workout of the day — one of them is with weights, one of them is without weights. Then, I have a Google form that goes with it every day,” Struck said. “They check in and they tell me something about their workout and they write me something they either read, or listened to, that was motivating. I usually have one or two other questions like, ‘Did you write a college today for recruitment?’ because you’ve got a lot of downtime. So they write what college they did write. Then I say, ‘Pick a new exercise, name it on here.’ We kind of have this little online form going with students for that. We post that online and kids will send in pictures of their workouts just to keep each other motivated.

In spite of positivity, the possibility looms large that the entire spring sports season will be canceled as the number of documented coronavirus cases continues to rise.

“Some of my friends are messaging me, they’re pretty scared or worried that this is the way it’s going to end, this is the way we’re going to go out,” Owens said. “Hopefully it’ll slow down and stop.”

“I throw farther than the shot put record everyday ... and I am smashing [the] discus ecord I set last year. If I don’t have an opportunity to perform in a meet this year I will be destroyed,” Charlestown senior thrower Bo Braunecker tweeted last week.

Still, hope remains that spring sports will go on.

“One day this will be over,” Struck said. “We don’t know what day, or when life will resume, and teams will come back. Part of the competition is going to be, who did the most during that time. For me, not just my wrestlers, but all 21 sports at Jeff High, I want to do what I can to keep those kids ready to go because that’s who I care about, that’s our community and our youth.”