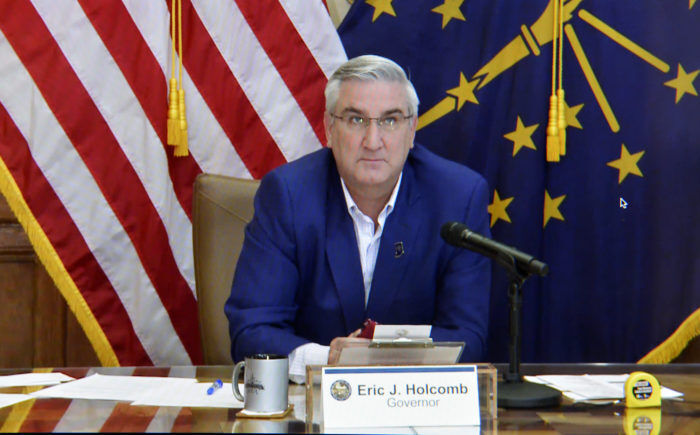 Gov. Eric Holcomb announced Wednesday that the state will not fully reopen until at least the end of August because of rising COVID-19 cases. 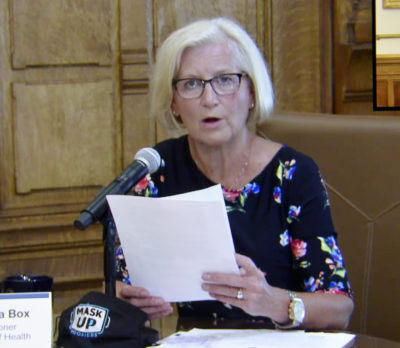 Dr. Kristina Box, commissioner of the Indiana State Department of Health, provides an update on the number of COVID-19 cases in Indiana. 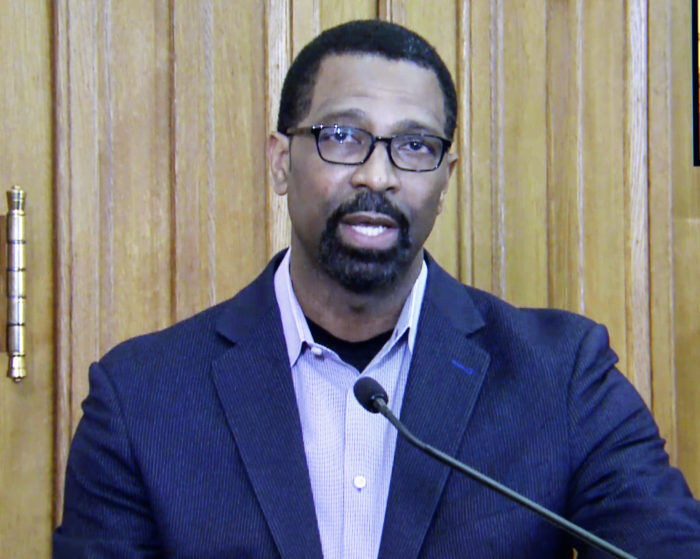 Fred Payne, Indiana’s commissioner of Workforce Development, provided an update on unemployment during the COVID-19 pandemic.

Gov. Eric Holcomb announced Wednesday that the state will not fully reopen until at least the end of August because of rising COVID-19 cases.

Dr. Kristina Box, commissioner of the Indiana State Department of Health, provides an update on the number of COVID-19 cases in Indiana.

Fred Payne, Indiana’s commissioner of Workforce Development, provided an update on unemployment during the COVID-19 pandemic.

INDIANAPOLIS — As new COVID-19 cases continue to grow, Gov. Eric Holcomb extended the state’s moratorium on evictions through Aug. 14 and delayed the planned full reopening of the economy through at least the end of August.

Holcomb made those announcements at his virtual news briefing Wednesday as the state continues to grapple with rising cases and economic fallout from the pandemic.

When state leaders initially put together Indiana’s five-stage reopening plan, they hoped that the economy would be into Stage 5 around the July 4 holiday, but now the state isn’t looking to enter the final stage of the plan until nearly Labor Day.

“What I’m reminded of on a daily basis is this virus will take what we give it,” Holcomb said. “And so, it’s incumbent upon us, to be on our best behavior.”

Roughly 10% of all COVID-19 cases—more than 6,400—have been diagnosed in the last seven days alone, said Dr. Kristina Box, commissioner of the Indiana State Department of Health.

She reported 630 new COVID-19 cases as of Wednesday, bringing the state total to 64,299 positive cases. There were eight additional deaths, for a total of 2,733 Hoosiers. The number does not include another 199 symptomatic Hoosiers who died without being tested.

Even though the number of cases in Indiana has been rising, Box said the state is not in danger of becoming another Florida, Arizona or Texas where the disease is spreading rapidly. Box and others on the governor’s team made the decision to hold the state in Stage 4.5 for another month to avoid a situation where hospitals and health care providers are overloaded with patients.

“We saw warning signs of that, and if we let our guard down, we will be there,” Box said. “We’re keeping on top of that, and that’s why we’ve instituted the changes we have.”

The eviction moratorium, which was scheduled to end Friday, has been extended through Aug. 14, giving renters more time to recover from the economic impact caused by business shutdowns during the pandemic. Holcomb originally imposed the moratorium on March 19, extended it to the end of June on April 1 and then again to the end of July before announcing the latest extension.

Holcomb, who was sued earlier this week by three landlords over the moratorium, left open the possibility of extending it again. He said he wants to be sure tenants and property owners are talking with their landlords and mortgage holders about arranging for payment plans to make up the missed payments. He is also encouraging Hoosiers to work out payment plans with their utility companies.

Unemployment remains high across the state. Fred Payne, commissioner for the Indiana Department of Workforce Development, said the state’s unemployment rate was 11.2% in June, down from 12.3% in May, but far above the 3.2% rate in February before the pandemic.

He said the initial unemployment claims of the week ending July 18 saw a new low for Indiana. For the first time since March, the state’s initial claims dropped below 20,000, coming in at only 17, 938 claims.

The percentage of Hoosiers in the state’s labor force was up to 64.3% in June, rising significantly from the low of 61.4% in April. It also aligned with the rate in pre-pandemic February, which was 64.4%.

Holcomb and Box again stressed how important it is for Hoosiers to take the precautions that they have been urging them to do, including physical distancing and wearing a mask, which is now mandated in the state.

“You’ve got to take this seriously,” Holcomb said. “Because it is taking us, seriously.”

Hope Shrum is a reporter for TheStatehouseFile.com, a news website powered by Franklin College journalism students.

There have now been 64,299 cases of COVID-19 identified in Indiana since testing began in March, the state department of health reported Wednesday.

53% of state COVID deaths in care facilities —  B6