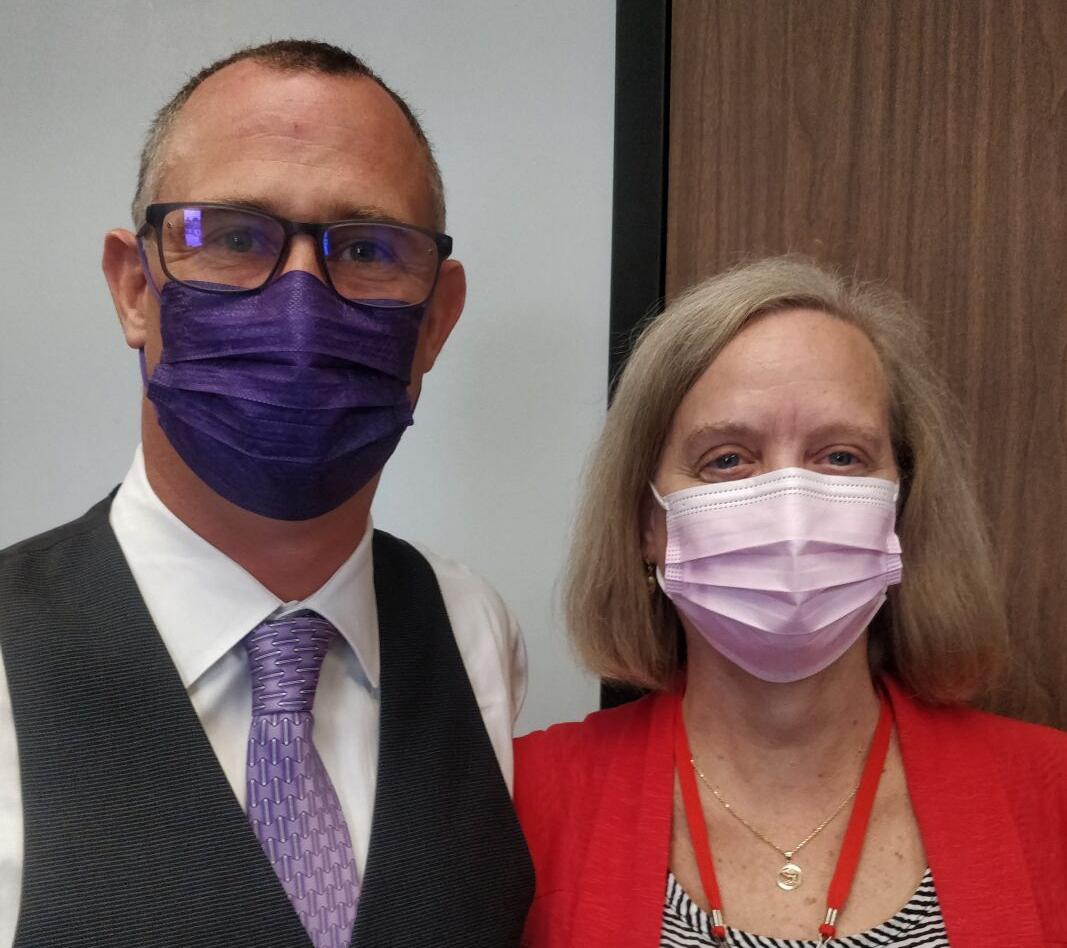 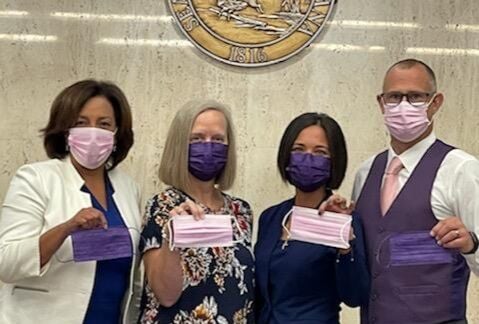 CLARK COUNTY — Court officers in Southern Indiana are hoping to bring more attention next month to both breast cancer and domestic violence by providing pink and purple masks to their staffs and anyone who comes into their courtrooms to help protect against COVID-19.

Both Carmichael and Jacobs always wear pink in October to bring awareness to breast cancer, of which Carmichael is a surviver. When Jacobs got the idea this year to get pink masks, they both also thought of another issue that often doesn’t get enough light shed on it but one courts see a lot — domestic violence.

“We see it on a regular basis and if we bring awareness to it, [maybe] we can reduce that, at least the effect of it,” Carmichael said on Thursday. “I see so many domestic violence cases where kids are present; they witness it.”

Jacobs added that “the more people that talk about it, the less stigma there is going to be. So if you see 20 people in a store wearing a purple mask, you think ‘OK, I’m not the only person out here who’s dealing with this stuff’ and maybe they’re going to report more often. Maybe more importantly they’ll get out.”

However for now, there are still fewer people who need masks in the Clark County courthouse, as the courts have limited hearings to almost all online only through the first of November, unless that gets extended. Exceptions are made in emergency cases or ones in which a party is unable to participate that way.

The ruling, which applies only to the courts at this time and not the full government building, came after Clark County again elevated to orange on the state’s department of health COVID-19 map. If the county returns to red, there may need to be an order applying to the whole building. Carmichael said the masks are necessary to protect those required to come to court.

“For us, we always think if we’re requiring somebody to be here then we can set the rules for how they show up,” she said.

But the judges say even if the spread slows enough to lift some of those safety precautions, there are things in place now that will likely continue to some degree because they just work. Not only has having online hearings helped with the logistics of people in custody in the jail, but both Jacobs and Carmichael say they’ve seen far fewer people miss court dates when they’re able to attend online rather than have to be there in person.

In some cases, transportation issues could be a barrier to attending in-person hearings, or a person may have trouble finding child care or leaving work, which could be detrimental to employment.

But this way “you’re not missing work, you’re not going to get fired,” Carmichael said, adding that can also work so well with juvenile and Children in Need cases. “I think there are a lot of things that are going to stay.”