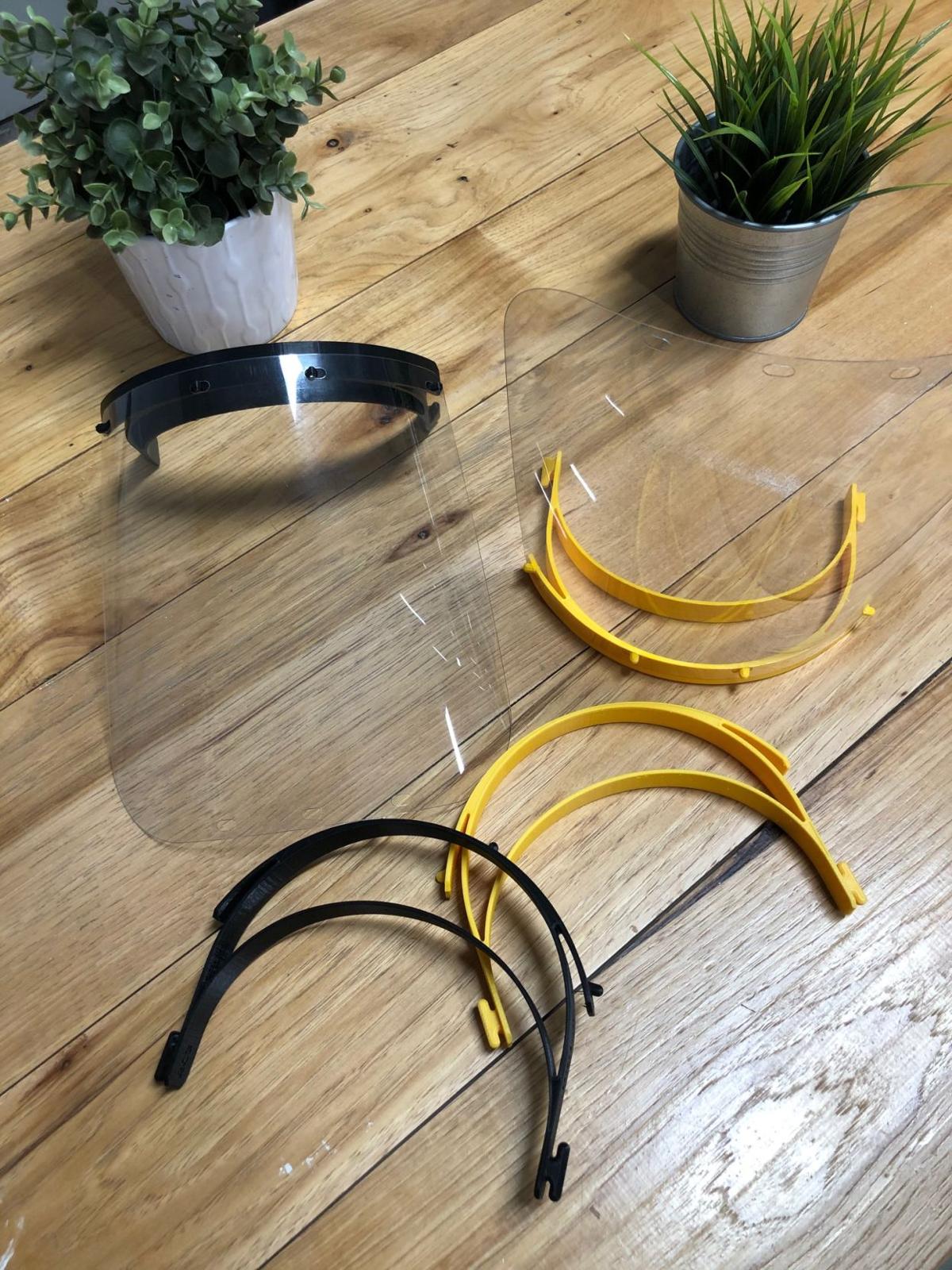 Maker13 is partnering with Samtec, Owings Patterns and Jones Machine and Tool to produce between 20,000 and 30,000 medical face shields for local hospitals. 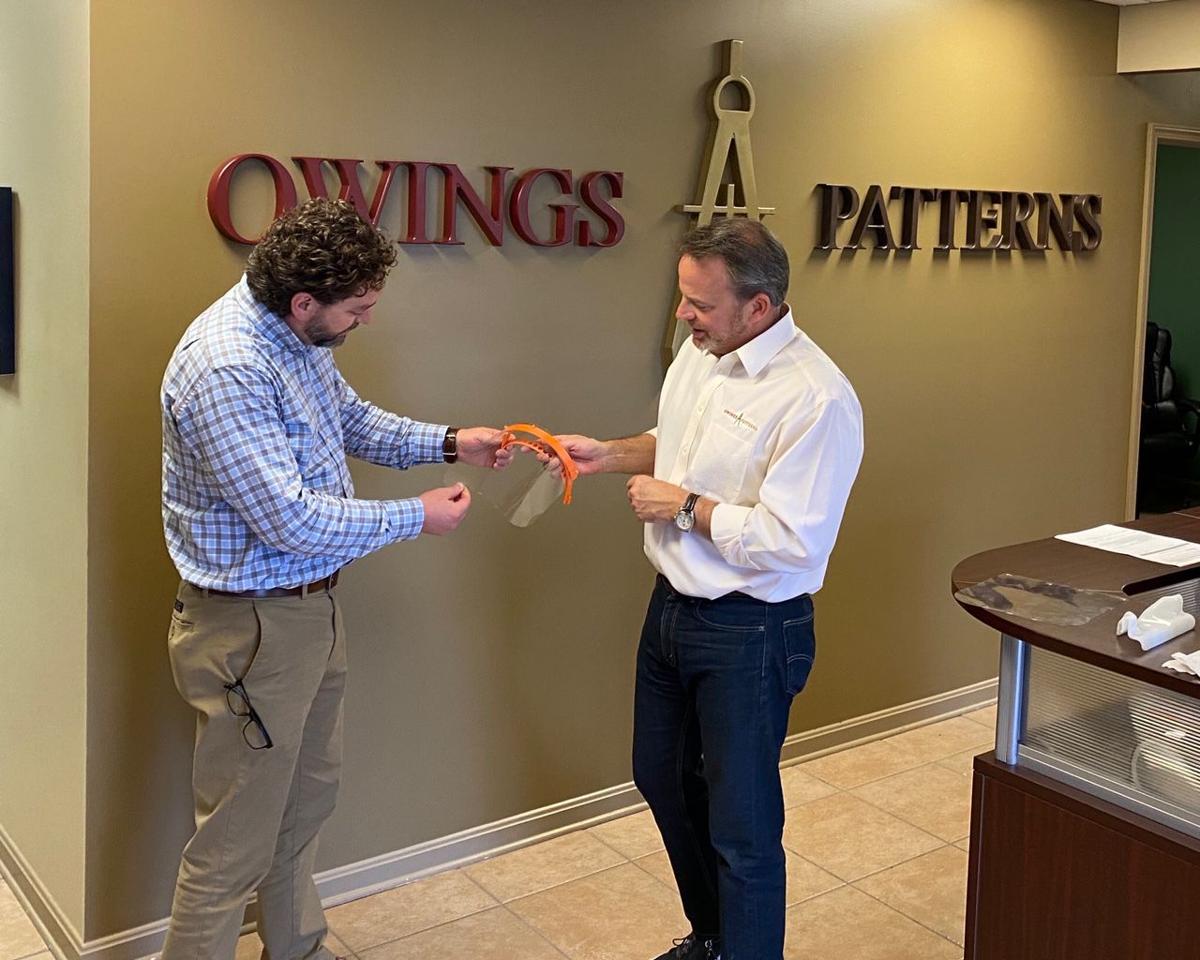 Bob Owings and Bart Siener of Owings Patterns inspect a prototype face shield, with the initiative set to produce 2,000 a day by later this week. 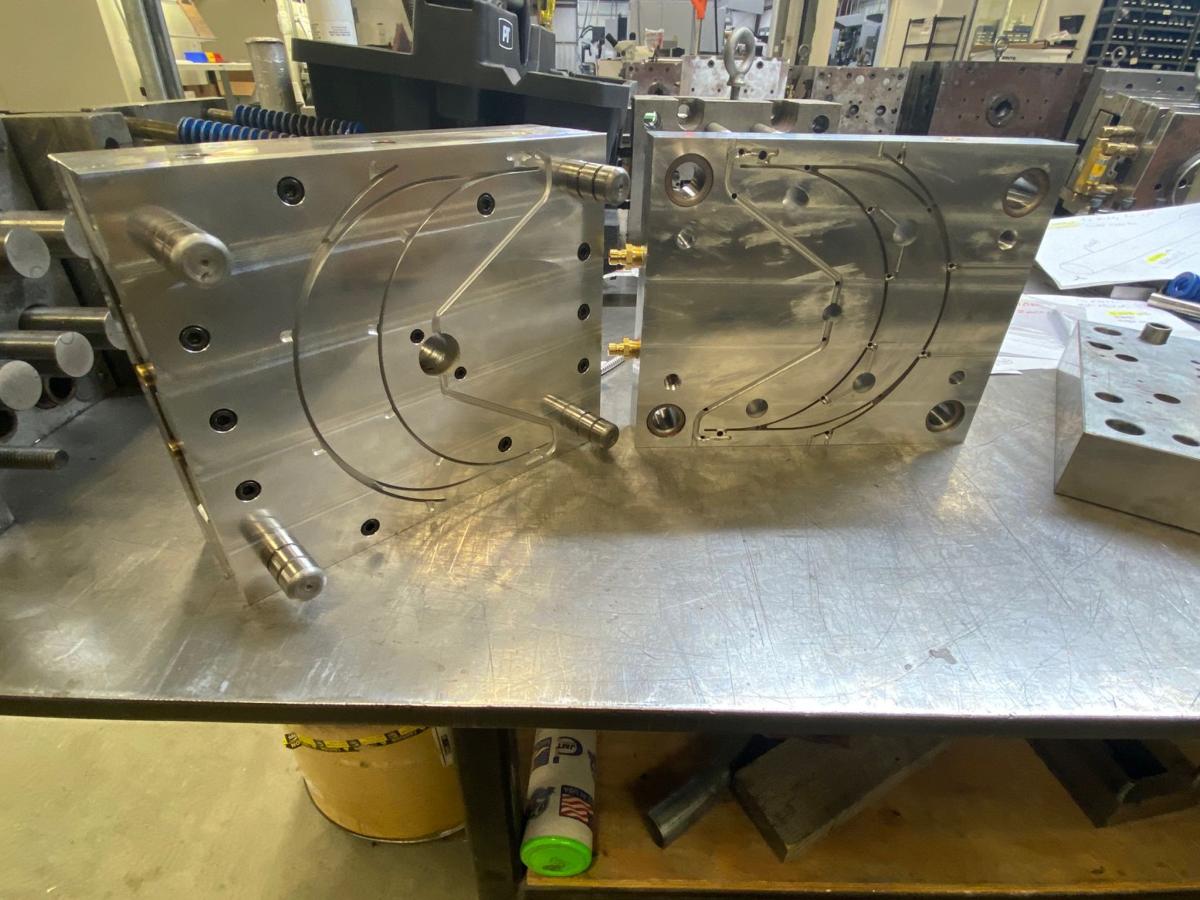 The process was switched from 3D printing to injection mold, allowing for face shields to be produced much more rapidly.

Maker13 is partnering with Samtec, Owings Patterns and Jones Machine and Tool to produce between 20,000 and 30,000 medical face shields for local hospitals.

Bob Owings and Bart Siener of Owings Patterns inspect a prototype face shield, with the initiative set to produce 2,000 a day by later this week.

The process was switched from 3D printing to injection mold, allowing for face shields to be produced much more rapidly.

SOUTHERN INDIANA — Putting their own well-being at risk every day are the health care providers treating patients who have been infected with the coronavirus.

Concerns over how well protected those on the front lines are have increased in recent weeks, though, as a shortage of personal protective equipment (PPE) is putting some at risk of acquiring the disease themselves. Medical supplies like masks and gowns have become scarce in some parts of the country, forcing health care professions to turn to homemade masks, bandanas and trash bags.

To bolster stocks locally, groups are rallying to produce PPE, and quickly. At the center of the effort is Jeffersonville workshop Maker13 and owner John Riley.

With the help of community partners, the initiative is set to provide thousands of face shields to local hospitals on a daily basis.

After learning of the push for makers to 3D print medical supplies, Riley decided to utilize the Maker13 space, which closed down due to the virus over a week ago.

Plastic shields became the go-to item, since they could extend the life of approved facemasks. Riley then got in touch with officials from the University of Louisville, learning that supplies were getting consumed almost immediately.

Each shield produced through 3D printing took three to five hours to complete. Given the significant demand for the product, Riley knew such a long turnaround wouldn’t be efficient enough.

The reason 3D printing — or additive manufacturing — takes time is because it is essentially plastic accumulating upon itself, with Riley comparing it to a hot glue gun. By switching to injection mold, the process incorporated a cavity made of steel.

Melted plastic is then poured into the cavity, taking the form of the mask. This is significantly faster than the hours-long 3D printing process, taking roughly 30 seconds.

But Riley couldn’t do this himself with his gear at Maker13. That’s why he sought the help of Bob Owings and Bart Siener of Owings Patterns and Will Jones of Jones Machine and Tool, who have played a significant role in the production of the shields.

“We wanted to tap into their abilities and use their power to knock these things out,” Riley said. “That’s always been the goal of Maker13, to connect people back to resources. We just have a straight line with some of the resources to reach out to them, knowing their capabilities. They’re able to churn things out really fast.”

The first pieces came off of the mold on Wednesday. By Thursday or Friday, Riley hopes to get production up to 2,000 shields a day.

“Maker13 and Samtec have had a long-running relationship,” Samtec general counsel Allen Platt said. “Maker spaces are able to be really nimble in the market and adjust to make something like this in the quick run. The demand for PPE for health care providers is super high right now. For them to identify that need and quickly produce them and get them out is a super example of all the ways folks in the country are finding ways to help.”

With that initial $50,000, Riley said between 20,000 and 30,000 masks will be made. Once the masks are finished, they will be handed off to the University of Louisville for sanitization, where they will then make their way to local hospitals.

The plan as of now is to send 1,500 units to U of L for regional distribution to larger hospital groups, with the other 500 being delivered to facilities in Southern Indiana, like Clark Memorial Health.

In the coming days, Riley will add links to www.maker13.com that will allow people to request equipment or donate to the cause.

“Everyone in the community is looking to help,” he said. “We’re going to focus on producing these first 20,000 to 30,000. If there’s still a need, which I anticipate there will be, we’ll be looking for some funding. If there are people who want to donate, we can facilitate that through Maker13.”