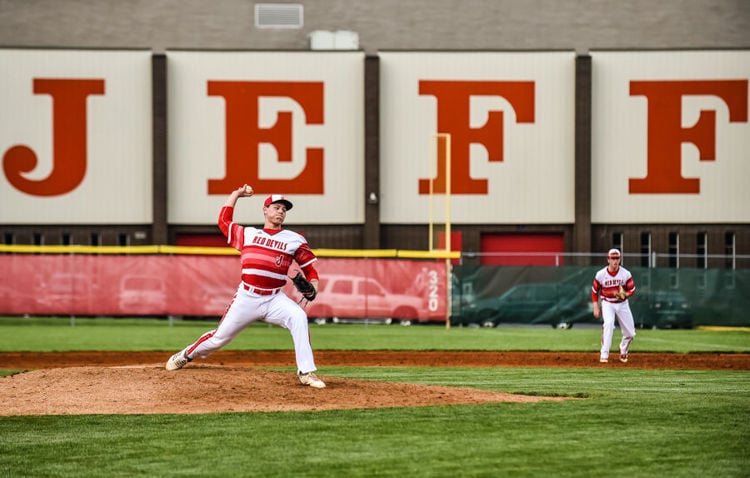 Jeffersonville's Ethan English throws to the Silver Creek batter during the Red Devils' 9-2 win against the Dragons on Wednesday. 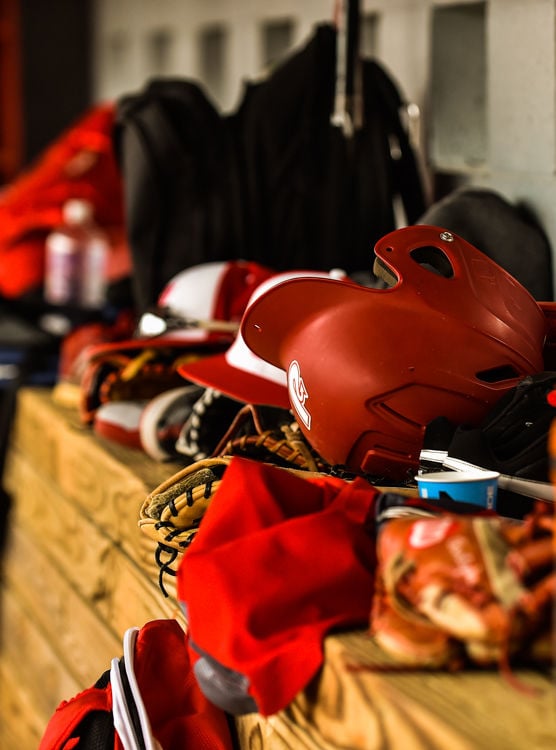 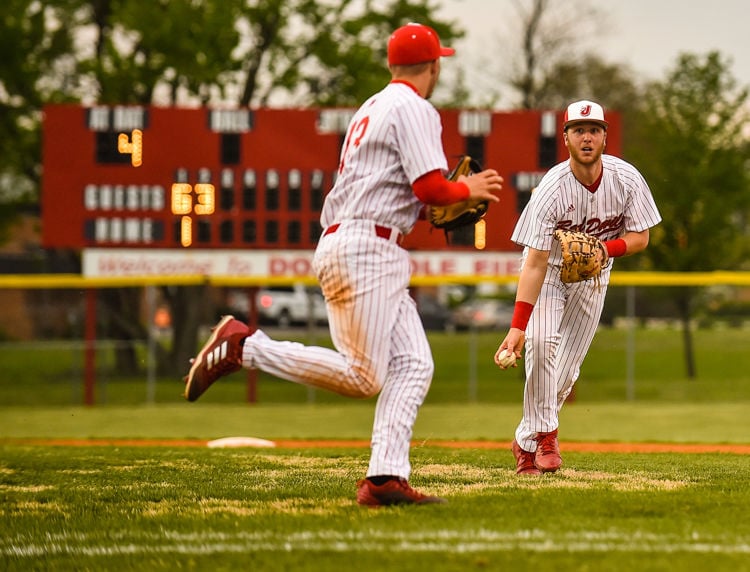 Jeffersonville's Jackson Kruer tosses a short grounder to pitcher Blayden McMahel to make the out against New Albany.

Jeffersonville's Ethan English throws to the Silver Creek batter during the Red Devils' 9-2 win against the Dragons on Wednesday.

Jeffersonville's Jackson Kruer tosses a short grounder to pitcher Blayden McMahel to make the out against New Albany.

JEFFERSONVILLE – Rising like the dough of his famed pizza, Papa John’s founder John Schnatter will have his name back in his hometown, with the naming of the baseball facility at Jeffersonville High School.

Just one year ago, Schnatter fell from grace with the public amid comments made during a media training exercise where he reportedly used a racial slur and talked of his early life in Jeffersonville seeing African Americans dragged by trucks until their death. Following those comments, his name came down from one place to the next, including the once Papa John’s Cardinal Stadium now just Cardinal Stadium. In July of 2018, Jeffersonville Mayor Mike Moore returned money Schnatter donated to renovate the Nachand Fieldhouse, which included naming the facility after the former pizza giant. Schnatter’s name was also removed from Jeffersonville’s Wall of Champions, near the Big Four Bridge.

Now his name will adorn the JHS baseball facility for “the useful life of the baseball field,” according to the contract approved by the Greater Clark County Schools board Tuesday night in a 7-0 vote. The contract states Schnatter’s foundation will give $500,000 for the JHS baseball renovation project, which will include the installation of an artificial turf field, installation of a new outfield fence, renovation of the existing dugouts and new signage. The name on the stadium and related facilities will say “John H. Schnatter Stadium,” with the exception of “Don Poole Field.”

“Some of my fondest memories came from playing on the 1980 state finalist baseball team at Jeffersonville High School, and I’m proud that my foundation can provide funds to rejuvenate the baseball facility here,” Schnatter said via press release. “I’m excited to give this next generation a great facility in which to learn some of those same lessons about leadership and teamwork that I learned through baseball. I’m hopeful that they’ll use those lessons to create their own memories that will last a lifetime.”

JHS Head Baseball Coach Derek Ellis, who was at the meeting with some of his baseball players, said he was “extremely excited” with the vote and approves naming the facility after the former JHS student-athlete.

“I’m very happy that it is [named after Schnatter],” Ellis said. “We have a former Jeffersonville High School baseball player and alumni who wants to help our young athletes and the facilities. If he’s willing to reach into his pocket and help us out in any way, shape or form, I don’t see any reason why we shouldn’t have his name up on the scoreboard.”

Moore was disappointed with the vote.

“I guess everybody has to look in the mirror and do what they think is right. Obviously, we chose to go a different direction,” Moore said. “I’m proud that we did what we did. But the school board has to answer to the public and what comes along with every decision they make. That’s on them.”

Board members said they did seek feedback from the community.

“I specifically asked my constituents who are African American about this and the vast majority said a $500k donation, take it,” Board member Teresa Bottorff-Perkins said. “It’s what it is. I’m not going to deny the kids … from an updated baseball field because of a statement that [Schnatter] made.”

Board member Bill Hawkins said he analyzed Schnatter’s comments from that infamous phone conversation prior to accepting the donation.

“I read some of the transcripts of what went on during that meeting. My perception is that he was railroaded into saying some of those things and they were taken out of context,” Hawkins said. “I don’t think it was racist of what he said in the way that he said it and the fact that he was quoting someone else that was saying that phrase. He was specifically asked a question to draw that quote back out of him.”

The mayor said he wondered if the approval had to do with the size of the donation.

“I’m curious what the number would have been that the school board would have said no to,” Moore said.

Hawkins denied that being the case.

“No certain amount. That wasn’t a factor at all,” he said. “My perception was he fell out of grace with the powers that be, because he was stating his feelings about the athletes taking a knee during the anthem.”

“I don’t believe in crucifying people. I think he wants to give back and we should let him,” said Board President Katie Hutchinson. “We are here for our students and I think our students deserve to have nice facilities. I wish more people would give like that … It’s a sizable donation that will hopefully make a very positive impact on our players.”

“Our school and the Jeffersonville community as a whole are extremely grateful for Mr. Schnatter’s support of the baseball program,” she said via press release. “It’s incredible to have his foundation invest in our student-athletes by taking their facility to the next level. This project will have an amazing impact on their lives and we’re looking forward to showcasing a new, beautiful baseball stadium.”

Ellis said he hopes to get bids for the baseball project soon, so that students will play on the new turf come 2020.