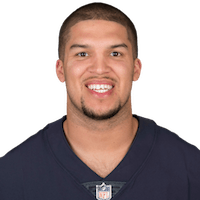 Fortunately for the third-year head coach, the Indianapolis Colts should have a good deal of continuity at the position in 2020.

Eric Ebron signed with the Pittsburgh Steelers as a free agent, but his departure had been expected since his 2019 season came to an abrupt end because of a nagging ankle injury.

Outside of the offensive line, in fact, the tight end spot might have the fewest question marks of any position group on that side of the ball.

CNHI Sports Indiana’s Roster Review continues with a look at how the tight ends stack up this spring:

Jack Doyle made the Pro Bowl for the second time in his seven-year career in 2019 after catching 43 passes for 448 yards and four touchdowns.

But it’s never been purely about the numbers with the former Indianapolis Cathedral star who entered the NFL as an undrafted free agent in 2013. Doyle’s work ethic is unmatched, and he’s shown the kind of versatility coaches fall head over heels for.

After carving out a role for himself as a core special-teamer, Doyle burst onto the offensive scene with 59 catches for 584 yards and five touchdowns in 2016. A year later, he was a Pro Bowler with career highs of 80 receptions and 690 yards despite starting quarterback Andrew Luck missing the entire season with a shoulder injury.

He’s twice earned a contract extension from general manager Chris Ballard, and he bounced back from an injury-riddled 2018 season by starting all 16 games for the first time last year.

Doyle turned 30 earlier this month, and he has altered his offseason workouts to give himself the best chance to survive the grueling regular season.

“It has changed a little bit, and I think it has to change,” Doyle said. “You have to evaluate yourself every year, see how you’re feeling and just listen to your body and be smart. Then obviously the challenges of working out at home, even though I have all the equipment I need, but the workouts might take a little longer because I don’t have everything I need, and it’s not all in one place.

“It has been a bit of a challenge, but I’ve got all day to get it done, so I get it done.”

Trey Burton will be asked to fill the bulk of Ebron’s role as the primary receiving tight end, and it’s a job he should be well suited to perform.

After being cut by the Chicago Bears in April, he quickly landed in Indianapolis. That’s due in no small part to his experience with Reich in Philadelphia. The Colts head coach was the Eagles’ offensive coordinator for two seasons as Burton was breaking into the league as an undrafted free agent out of Florida.

Burton’s experience with the offensive scheme should give him an advantage during an offseason cut short because of restrictions designed to slow the spread of the coronavirus.

It was going to be an abbreviated offseason on the field for Burton anyway. He had surgery at the end of an injury-filled season in Chicago and isn’t expected to be able to rejoin a huddle until June.

A healthy Burton was productive in 2018, catching 54 passes for 569 yards and six touchdowns with the Bears.

“I’m so excited to have Trey,” Colts offensive coordinator Nick Sirianni said. “What a great person he is. Then I just think about how many times I saw Trey — in 2018 when we first got here and Frank and I were watching tape together — when we’re watching Philadelphia tape or Charger tape together to talk about the offense, how many plays I saw that guy make, my goodness.”

Indianapolis loves Mo Alie-Cox for his ability as a blocker in the running game, and the former VCU basketball star continues to develop as a receiver. The 26-year-old appeared in all 16 games for the first time last season and should return to his familiar role as the third tight end in 2020.

Xavier Grimble, Matt Lengel, Ian Bunting and Farrod Green figure to compete for the fourth tight end spot. New rules expanding the practice squad roster and allowing two of those players to be activated on game day could favor Green, an undrafted rookie out of Mississippi State who is seen as another strong blocker.

Grimble has played five seasons with the New England Patriots, San Francisco 49ers and Pittsburgh Steelers and has 23 catches for 239 yards and three touchdowns.

Lengel appeared in one game with the Colts last season and has played four seasons overall with the Patriots, Cleveland Browns and Cincinnati Bengals. He has five catches for 39 yards and two touchdowns.

Bunting spent the 2019 season on Indianapolis’ practice squad as an undrafted rookie out of California.

This is the fourth story in a 12-part series breaking down the Indianapolis Colts' 2020 roster. The series continues with a look at the offensive tackles.

Previous installments in the series are available at heraldbulletin.com/sports/colts