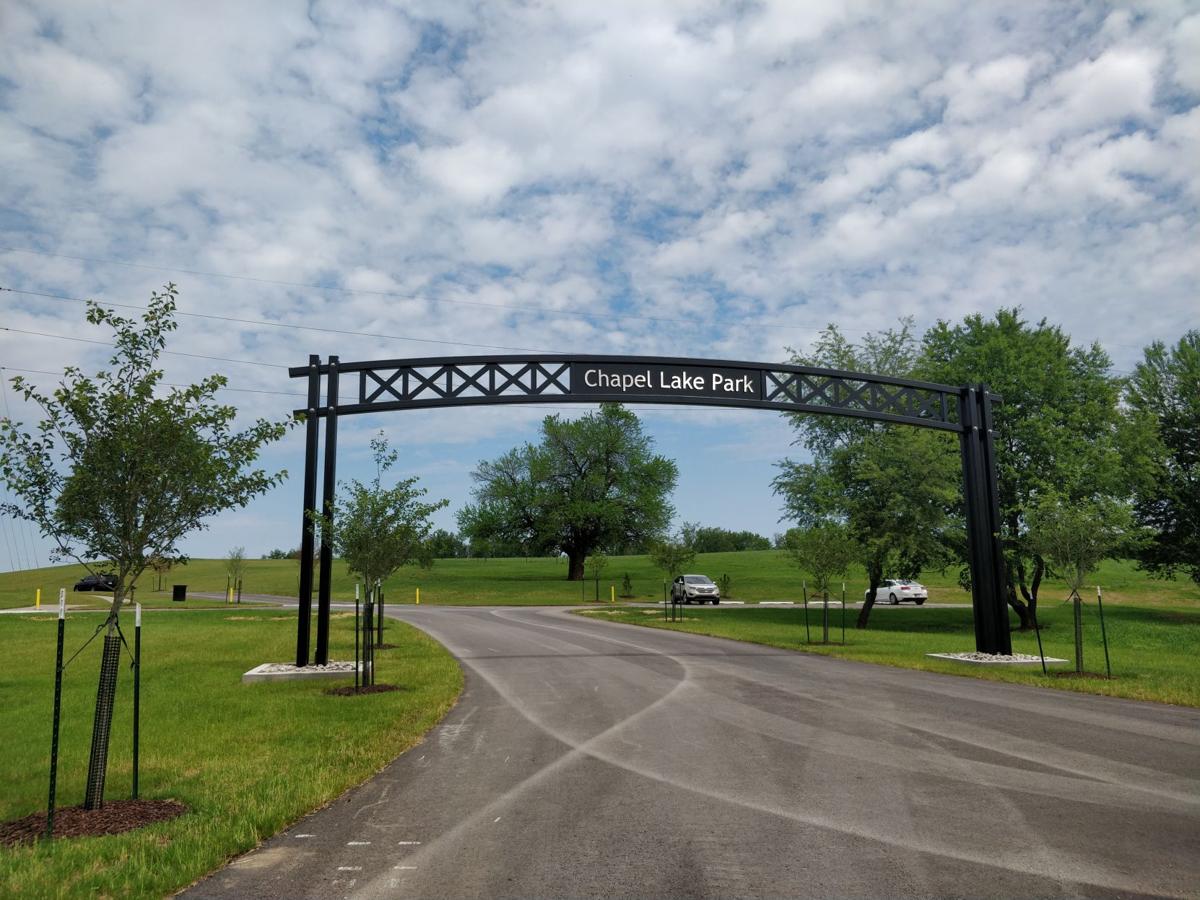 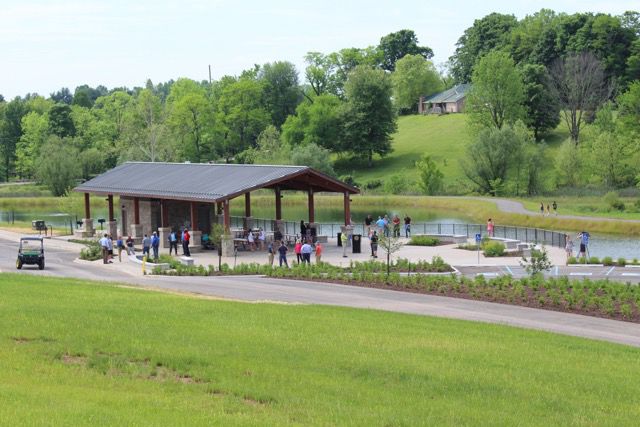 Chapel Lake Park, a 116-acre family park in Jeffersonville’s east end, features trails, a five-acre lake for fishing and a pavilion that could hold up to 60 people. 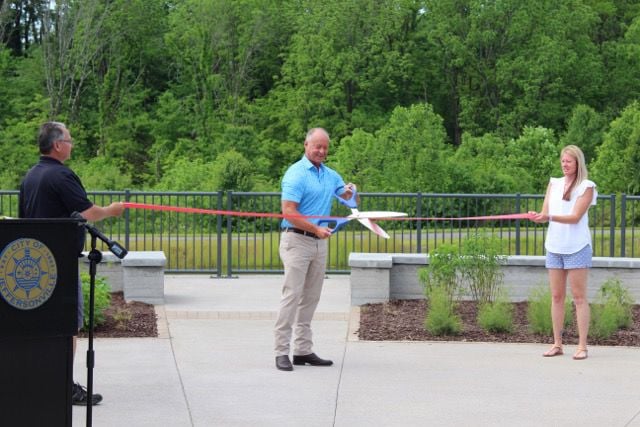 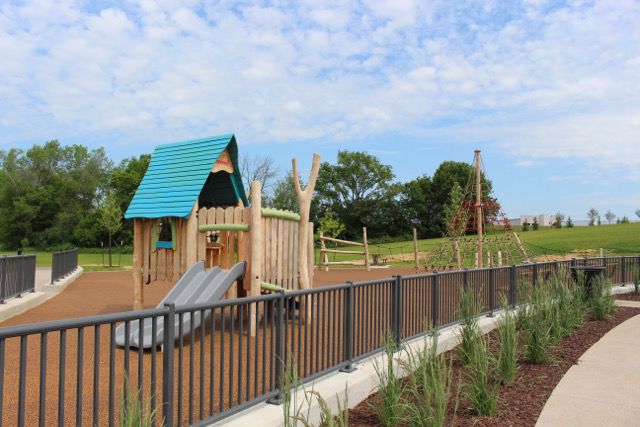 Kids will have to wait to test out this playground at the newly-dedicated Chapel Lake Park, until Gov. Eric Holcomb lifts restrictions on playground use.

Chapel Lake Park, a 116-acre family park in Jeffersonville’s east end, features trails, a five-acre lake for fishing and a pavilion that could hold up to 60 people.

Kids will have to wait to test out this playground at the newly-dedicated Chapel Lake Park, until Gov. Eric Holcomb lifts restrictions on playground use.

JEFFERSONVILLE — The newest and biggest addition to Jeffersonville’s more than 35 city parks was dedicated Tuesday after two years in the works.

The ceremony was Tuesday for Chapel Lake Park, a 116-acre park that features a five-acre lake that will be stocked by the Indiana Department of Natural Resources, trails and a large pavilion.

“It’s kind of a family park/preserve,” Jeffersonville Mayor Mike Moore said during the ceremony. “It’s taken a lot of people doing a lot of good things to make this happen and I’m just tickled to death to show it off today.”

The park’s total cost was $4.3, including the value of the donated land and development cost. Moore said the just over $2 million spent by the city came out of revenue from new businesses and other redevelopment in that area.

Moore said the first time he saw the park sign, above the entrance off of New Chapel Road, “I got goosebumps. Because this was just a cow pasture with a lot of rock and the potential for some business and we have converted this into just an incredible family park.”

The majority of the land was previously owned by the River Ridge Development Authority, a board that voted to donate the land to the city after Moore approached them with the city’s vision. He and others had been searching for the perfect spot for a big park in the city’s developing east end. Part of the land was also owned by the Jeffersonville wastewater department.

“We looked all over from 265 east and we saw this big parcel of land, it was owned by River Ridge though,” Moore said. “You can’t see it but just beyond that bluff, there’s 10,000 people working. You’re in a really unique spot here — the burst of growth of residential, commercial and jobs in Jeffersonville have been incredible.”

“It is really exciting; we’ve been thinking about this park for two years,” he said. “It’s a beautiful park, a lot of families have been out here enjoying it the past few months.

“We really wish we could open the playground up but that’s a different story right now.”

The playground was shown for the event but will be fenced off again to comply with Indiana Gov. Eric Holcomb’s mandate on keeping playgrounds closed now.

The pavilion which holds 50 to 60 people, can be rented for events throughout the year. There are currently just under two miles of trails, but the city expects to grow that to four miles.

Northam said that when people do visit the park, they should follow safety guidelines.

A few dozen people turned out for the dedication, most wearing masks. After he spoke, Moore kept a social distance while ceremonially cutting the ribbon, signifying its official opening.

“It’s been so long since we had an opportunity to do something like this,” he said, of the gathering.