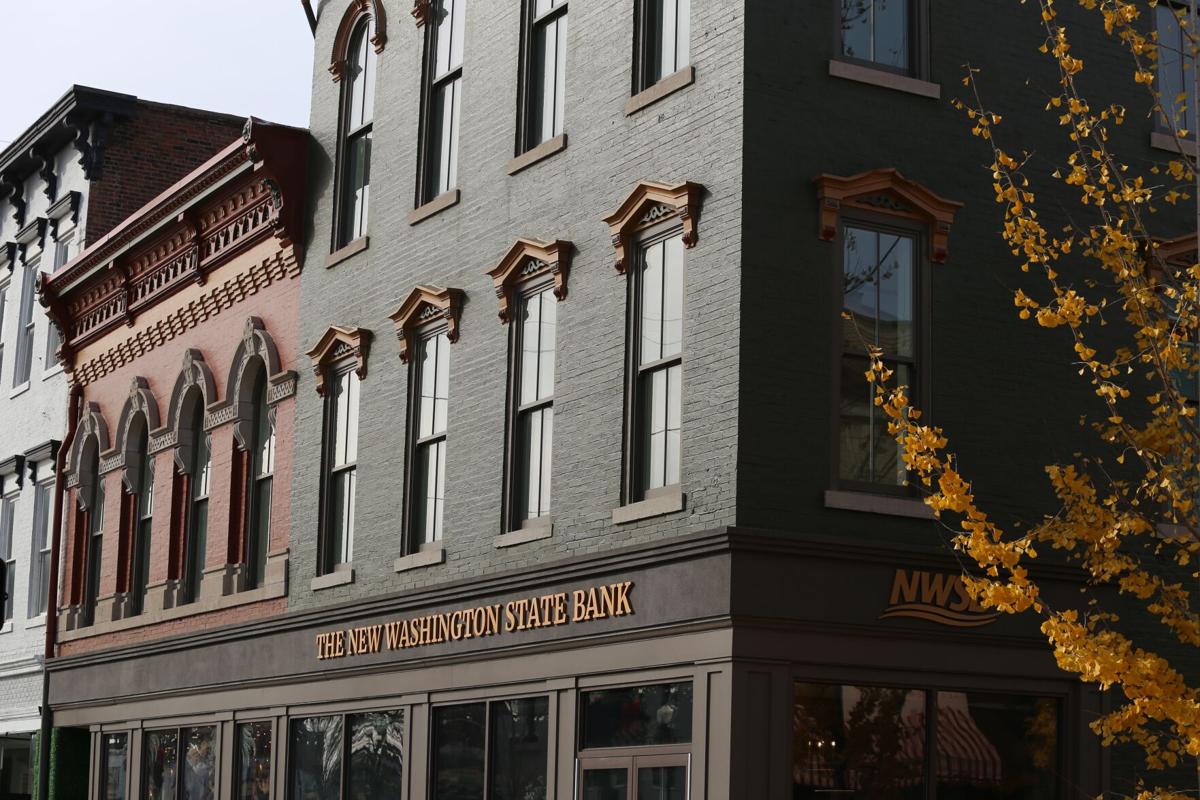 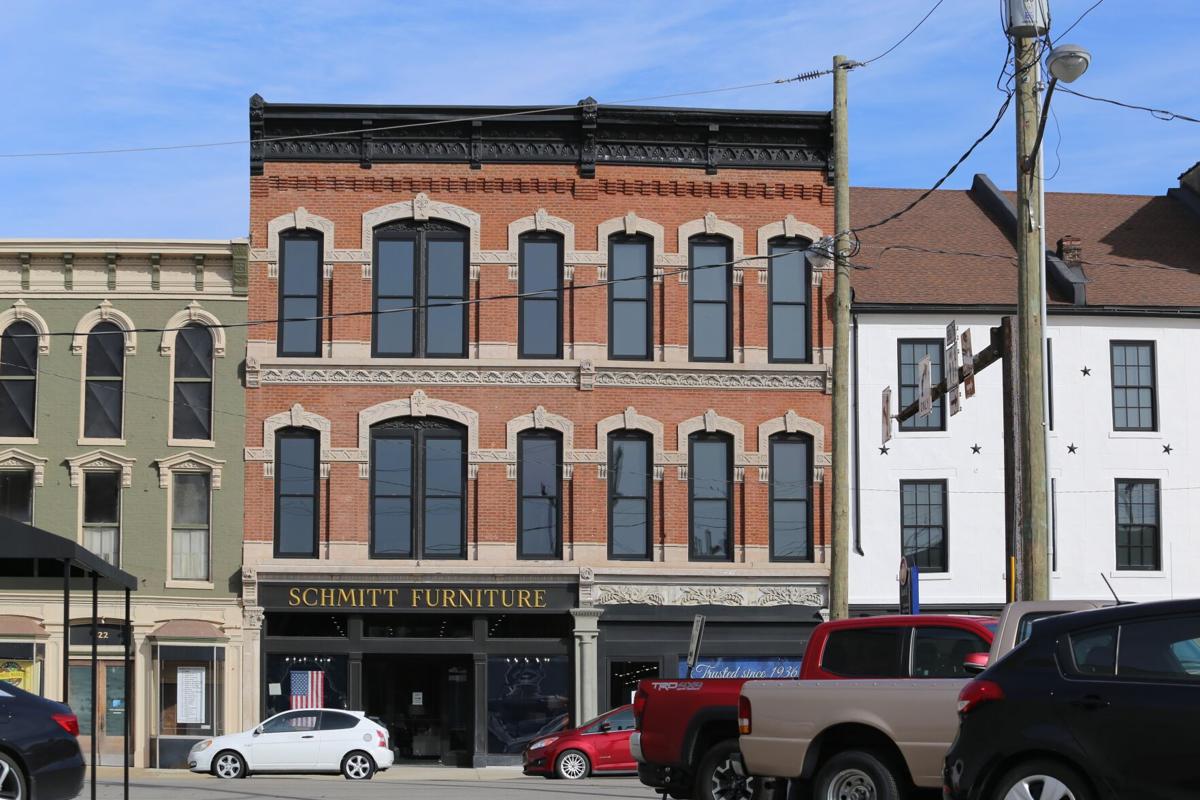 The George Goodbub Building, owned by Louis Schmitt, was recognized at the Facelift Awards on Wednesday for the restoration and refurbishing done to the facade of the building.

NEW ALBANY — In a celebration combining two years of awards, the New Albany Historic Preservation Commission recognized 17 buildings in New Albany that have been restored and refurbished in the last two years.

The annual Facelift Awards were announced Wednesday, recognizing businesses and homes, and their owners, for the work done to preserve their historic facades. The awarded projects were completed in 2020 and 2021, marking the 13th and 14th year the commission has conducted the ceremony.

Mayor Jeff Gahan was the first up to the podium to accept the award on behalf of the city for the work done to the Graf-Conner Building, now known as New Albany City Hall, that was also the venue for Wednesday’s event.

The city began the project in 2018 and finished it in 2021, with the city workers officially moving in this September.

Floyd County Historian David Barksdale recognized the building for its historically accurate windows and period-appropriate street sign among other work.

“I’ve got to give a lot of credit to the mayor. He saw the vision here, and he went after it,” Barksdale said.

Some of the attending building owners received more than one award, including Louis Schmitt, the owner of the Walter-Mann Building and the George Goodbub Building, both completed in 2020 and the home of Schmitt Furniture.

Schmitt received an award for the Walter-Mann Building, at 212-214 State St., for its historically appropriate second- and third-story windows, the pressure washing and repainting of the facade and the reconstruction of the period-like storefront.

The George Goodbub Building, at 218-220 State St., was recognized for the work done to strip paint from the facade, repair and repaint the original cornice and restore original stone and brick work. The building also has period-appropriate signage and second- and third-story windows as well as a storefront-matching original detail.

Steve Resch also received awards for two of his buildings, the Benjamin Briggs Building, at 121 E Market St., and the John Briggs Block, at 123 E Market St. The two structures have been occupied by New Washington State Bank since the restoration projects were completed in 2019.

The buildings were recognized for the work done repairing gutters and downspouts, restoring and repairing cornice and window hoods, cleaning and repainting the brick as well as installing windows to match the original detailing and a historically-accurate storefront.

Several homeowners were also in attendance to receive a Facelift Award, including couple Susie and Ralph Smith of 2108 Ekin Ave. The Paquette-Bonifer house was recognized for its changes in landscape, maintaining the original windows and siding, among other work done during restoration.

“We’re so happy to see the changes in our neighborhood,” Susie Smith said.

The couple’s neighbors, Allison and Jonah Sage, at 2109 Ekin Ave. were also given an award Wednesday for the Louis and Sophia Bir House. The award was given because of the reworking of the brick foundation, restoring of original windows and siding and restoring of original front door, among other work.

The Danforth-Briggs-Cody House owned by Peggy and Terrence Cody, Floyd Circuit Court judge, was also recognized Wednesday. The house, at 303 E 3rd St., was completed in 2020 and was recognized for its steel standing-seam roofs, replacement and repair of gutters, and repairing wood trims and doors, among other work done.

The restoration of the house also included the removal of the brick house’s green paint, which Cody said he was happy to have removed.

Cody pointed to the picture of the house pre-renovation and said, “that is the infamous green house of Houndmouth,” referring to the local band his son Shane Cody plays the drums in, which recorded its latest album at the home.

“When my parents painted the house, I hated it then, I hate it now,” Cody said, laughing.

Each award winner received a certificate and a plaque to hang on the front of the building.