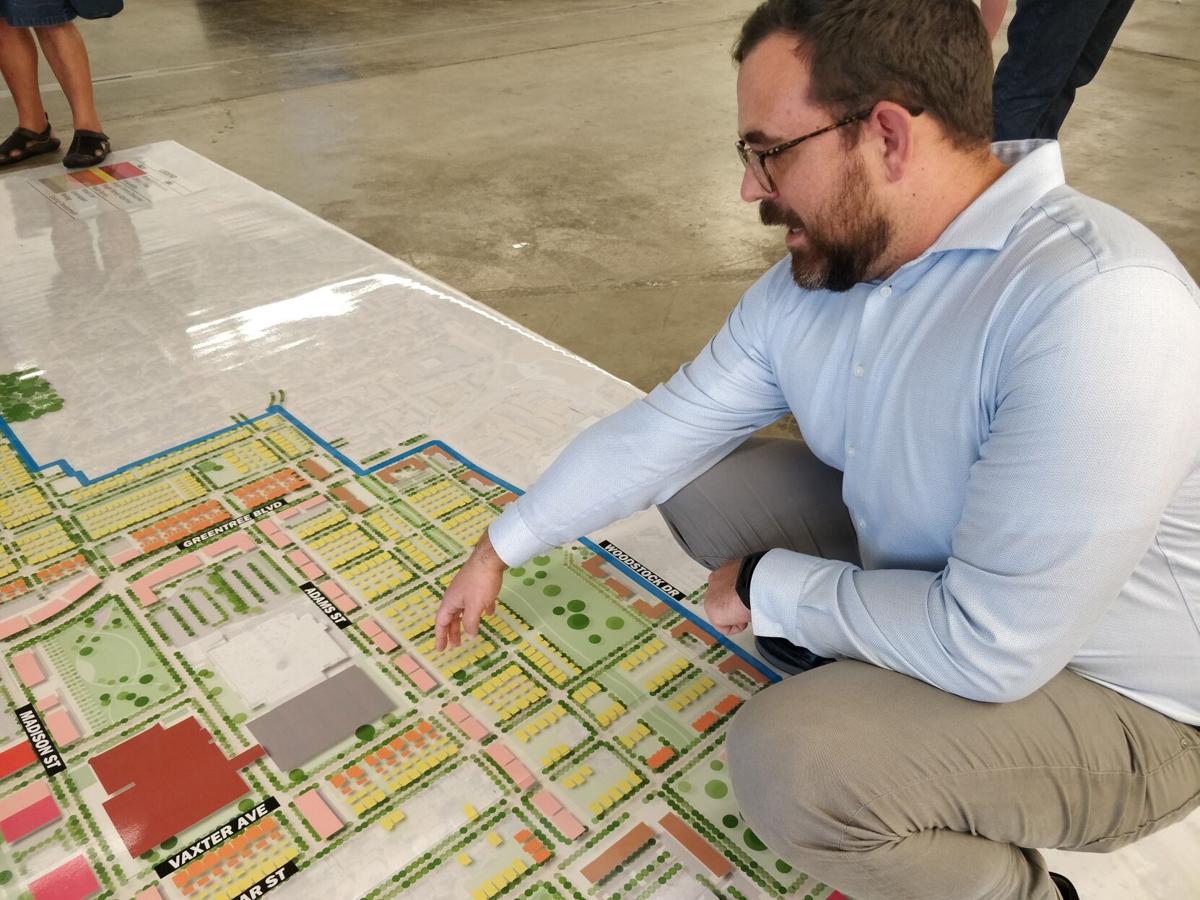 Clarksville Redevelopment Director Nic Langford shows where the commercial center could be on a map of The C3 Master Plan area, 600 acres of land in central Clarksville to be developed over the next 30 years. 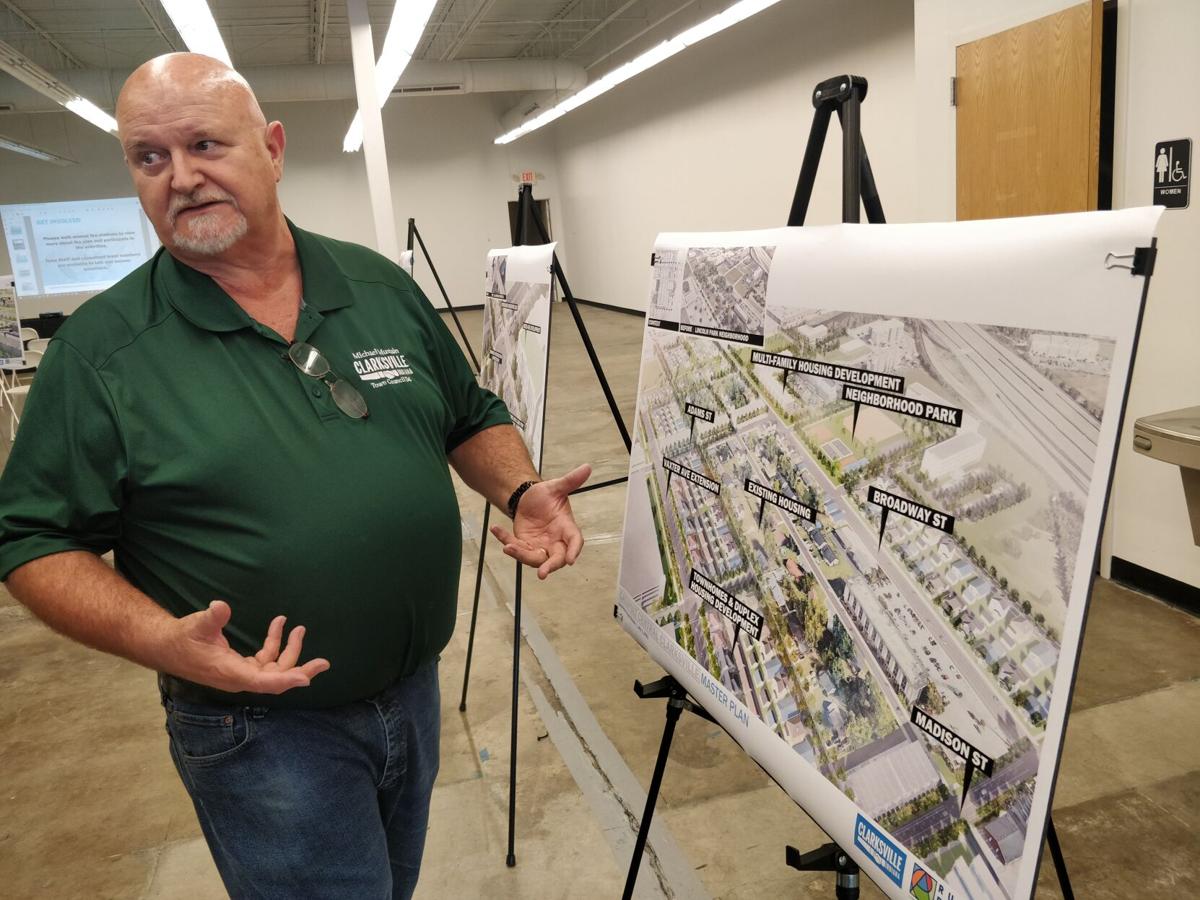 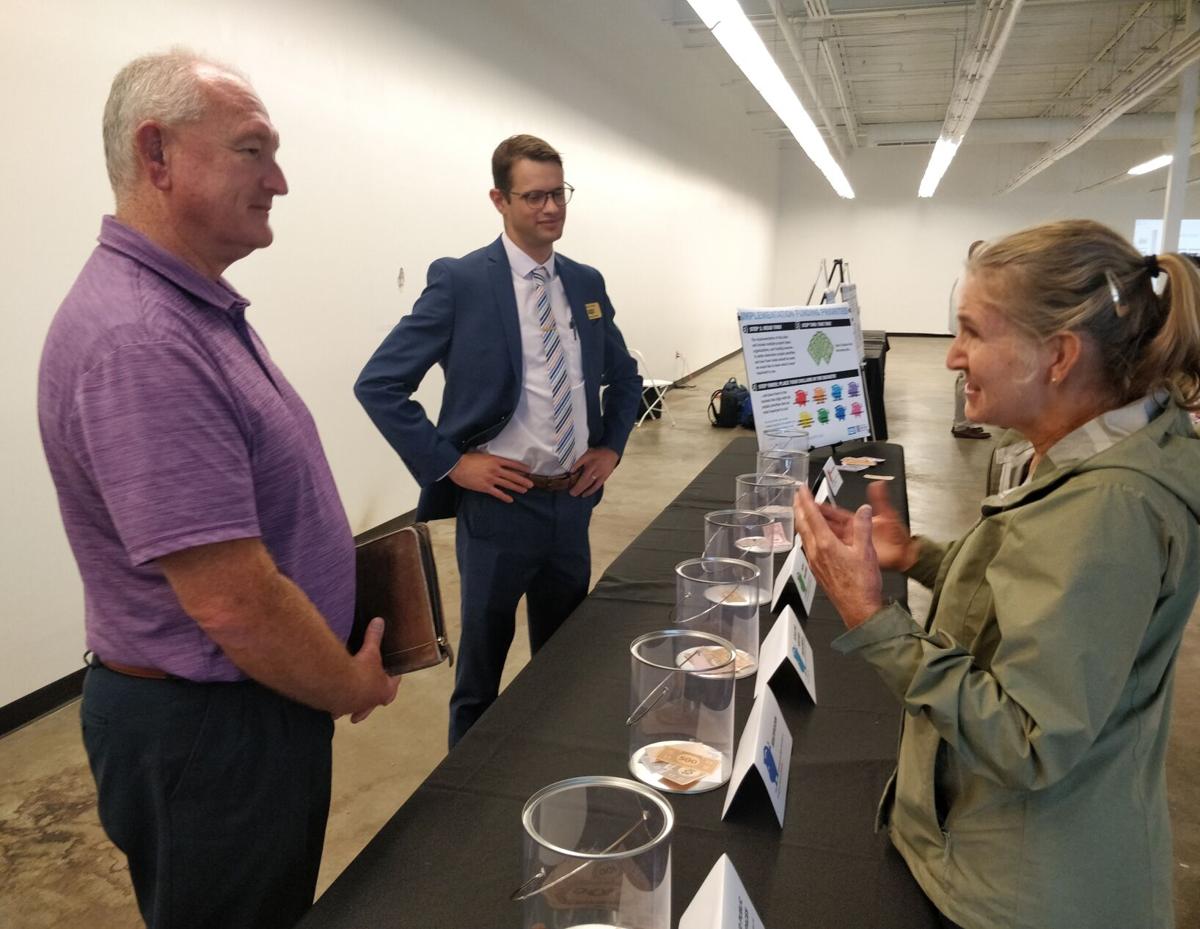 Clarksville Redevelopment Director Nic Langford shows where the commercial center could be on a map of The C3 Master Plan area, 600 acres of land in central Clarksville to be developed over the next 30 years.

CLARKSVILLE — A 30-year plan to reimagine roughly 600 acres of aging commercial space in central Clarksville is taking shape, with the town council expected to vote on a draft as early as August.

An open house Thursday unveiled work over the past two years on The 3C (Catapult Central Clarksville) Master Plan, designed by Indianapolis-based Rundell Ernstberger Associates (REA). The firm will take recommendations from the public and incorporate those plans into a draft to be sent to the redevelopment and plan commissions, who may then recommend the draft to the council.

The project was initiated to address the strips of unused or underused spaces on or near Lewis and Clark Parkway, like big-box stores now vacant, their parking lots no longer needed. For example, the meeting was in an empty commercial space that years ago was home to department store Service Merchandise.

The plan presented Thursday includes infill development of thousands of new single and multi-family housing units, retail and restaurant spaces and mixed-use developments. The current Bass Pro Shop area in the former River Falls Mall would serve as the commercial center, with other developments like a convention center and hotel in close proximity.

The plan proposes increasing green space to 56.8 acres from its current 9.3 acres — which could include a large park along Green Tree Boulevard and smaller park spaces throughout the area. Spaces like where the Green Tree Mall, built in the 1970s, sits could be reimagined as a residential area, with retailers moving into other developments like mixed-use spaces.

If the master plan is approved later this year, the town will then look at individual projects and prioritize — the order dictated by importance and the real estate and development market.

“The River Falls Mall area is a priority, where we’re standing right now is a priority...it all really is a priority,” Clarksville Redevelopment Director Nic Langford said, adding that with the overarching plan “I think it’s fantastic. I think this rally is going to be the blueprint for us to bolster and rejuvenate our main retail commercial corridor and solidify it with some different uses which are more compatible.”

David Ross, a resident of the nearby Hallmark Heights neighborhood for more than six decades, is someone who’s seen all of the changes over the years.

“People were concerned when some places would go out. I said something else would come in,” he said of the changing landscapes of Clarksville’s commercial areas. “We went through this over the years, stores come and go. I’ve seen it all. Everything recycles.”

And, he said, while he likes the plan overall and thinks it will be good for the town, he doesn’t know why it includes removal of certain existing buildings. However, he’d like to see things like the large parking lots redeveloped.

Indiana State Rep. Rita Fleming, D-Jeffersonville, attended the open house two years after a similar one in the earliest stages of The 3C Master Plan. Since then, REA has invited community input through neighborhood meetings, focus groups and online surveys and completed financial analysis.

“This is exciting,” Fleming said. “This is such a different community from the other communities I represent because they have what’s here already and there’s not room to expand. It’s landlocked. So they are being really creative in their reuse of buildings, and I’m really happy to see all the increased green spaces.”

For more information on progress with Clarksville's 3C Master Plan prior to the draft presented Thursday, visit https://3cmasterplan.com/.