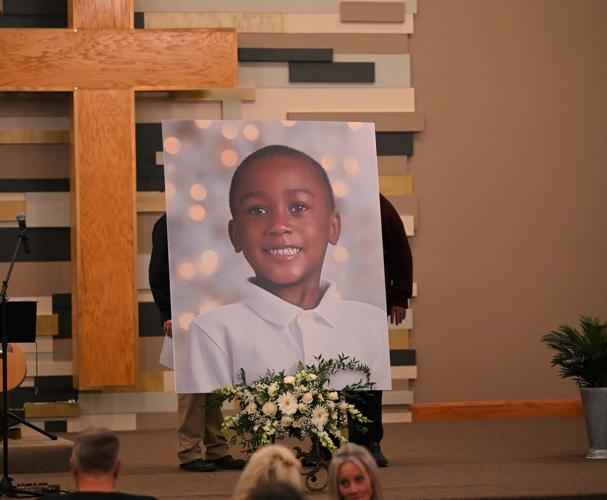 Nineteen members of Cairo Ammar Jordan’s family from Georgia traveled to Indiana to attend a memorial service in November in his honor in Salem. 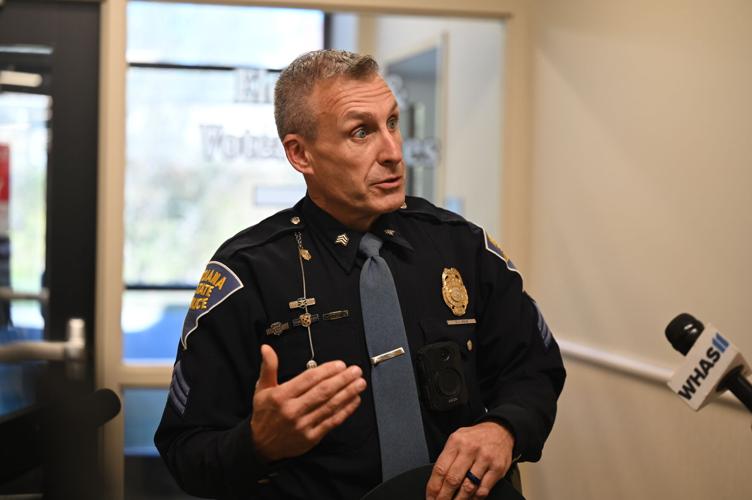 Nineteen members of Cairo Ammar Jordan’s family from Georgia traveled to Indiana to attend a memorial service in November in his honor in Salem.

She is one of two women charged in the death of 5-year-old Cairo Ammar Jordan, whose body was found in a suitcase the night before Easter in Washington County.

Judge Medlock said Coleman is now facing three charges in the child’s killing, including an aiding murder felony that was just added Monday, and decades behind bars with the Indiana Department of Correction.

At the hearing Coleman was visibly shaking and answering the judge’s questions affirmatively. She told him she didn’t have a home address currently because she is “homeless.”

The only time she spoke otherwise was when Judge Medlock was reading her charges, specifically after he named the Obstruction of Justice charge, a Level 6 felony.

The level six felony isn’t, but new court documents shed light on the aiding murder felony, which carries a 45- to 65-year prison sentence and a $10,000 fine.

According to the updated probable cause affidavit, filed by Indiana State Police Detective Matt Busick, Coleman said she was babysitting Jordan while his mother, Dejaune Anderson, was being held in Louisville Metro Corrections.

Anderson is facing a murder charge in the case, but is still on the run. Police said she was last seen in the Mount Echo Park area of Los Angeles.

The court documents said Coleman and Jordan picked Anderson up from the jail in Louisville and stayed at a family member’s home in Louisville.

Then, according to the documents, “A few days later, Coleman advised that she walked into the bedroom to find Anderson on top of (Jordan), with his face into the mattress. Coleman stated ‘it was already done,’ when she walked (in.)”

According to the documents, there were already trash bags inside the room at the time and Coleman said Anderson asked her to put Jordan in the suitcase. Coleman clarified that the suitcase he was put in was Coleman’s hard-sided suitcase that had “Las Vegas” written on the side.

Coleman said she zipped up the suitcase, then Anderson placed it in the trunk of the car they were traveling in.

Then, according to the court records, “Coleman advised that after they got in the car Anderson told Coleman she thought (Jordan) was something really bad, that he was a 100 year old soul, or some old soul that wasn’t supposed to be here.”

It took police six months to identify and arrest Coleman, who was in San Francisco at the time. Charges in Jordan’s death were filed the day after what would have been his sixth birthday, on Oct. 25.

A few weeks later, the child’s family members traveled from Atlanta to Salem for a candlelight vigil in his army.

“We would like to thank you all for your generosity and many, many expressions of outpouring of love you have bestowed on behalf of our precious beloved Cairo,” family members wrote in a program that was handed out at the service. “Words alone cannot express how deeply grateful we are. We are all connected in the love of Christ.”

ISP is still working on the case and ISP Sgt. Carey Huls said more charges are possible in this case.

Coleman was booked into the Washington County jail over the weekend.

“To see her here on Indiana soil, honestly brings a little bit of, not resolution, but somewhat of closure to that part of the case, at least,” Huls said. “That we have her back here in Indiana to answer charges.”