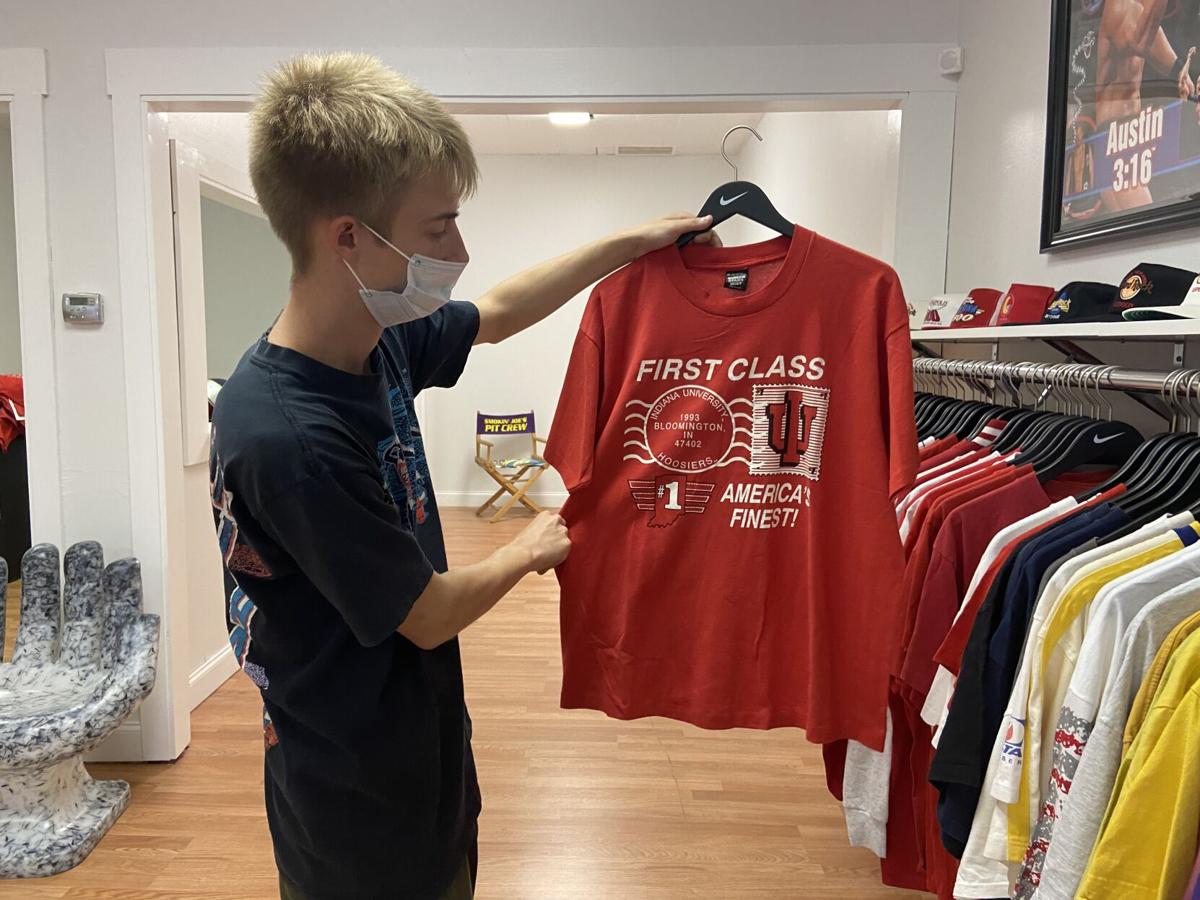 Ryan Shean, 20, is preparing to open 812 Vintage in downtown New Albany. The vintage clothing store features clothes from the ‘80s and ‘90s, including plenty of sports gear. 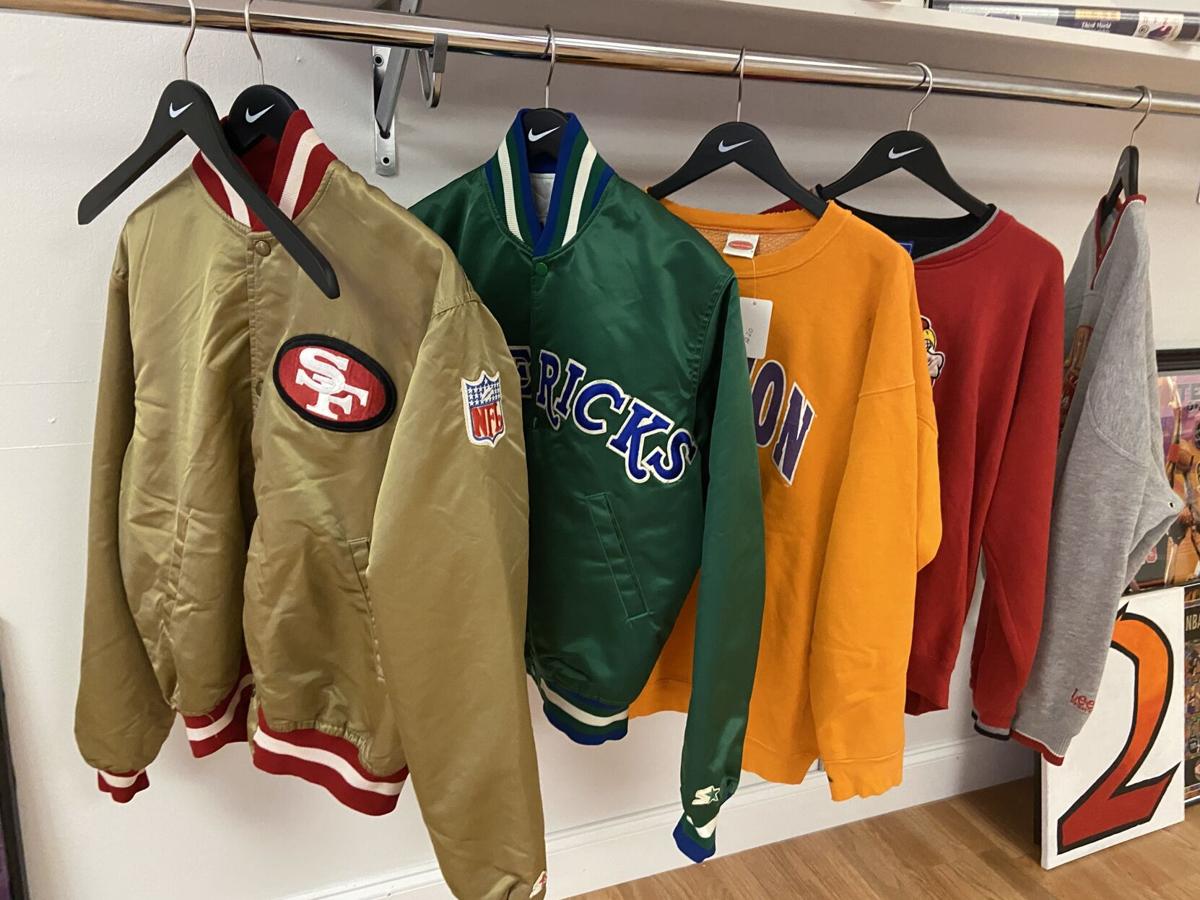 Jackets and sweatshirts are lined up on rack at 812 Vintage in downtown New Albany. The clothing store will open Saturday on Pearl Street. 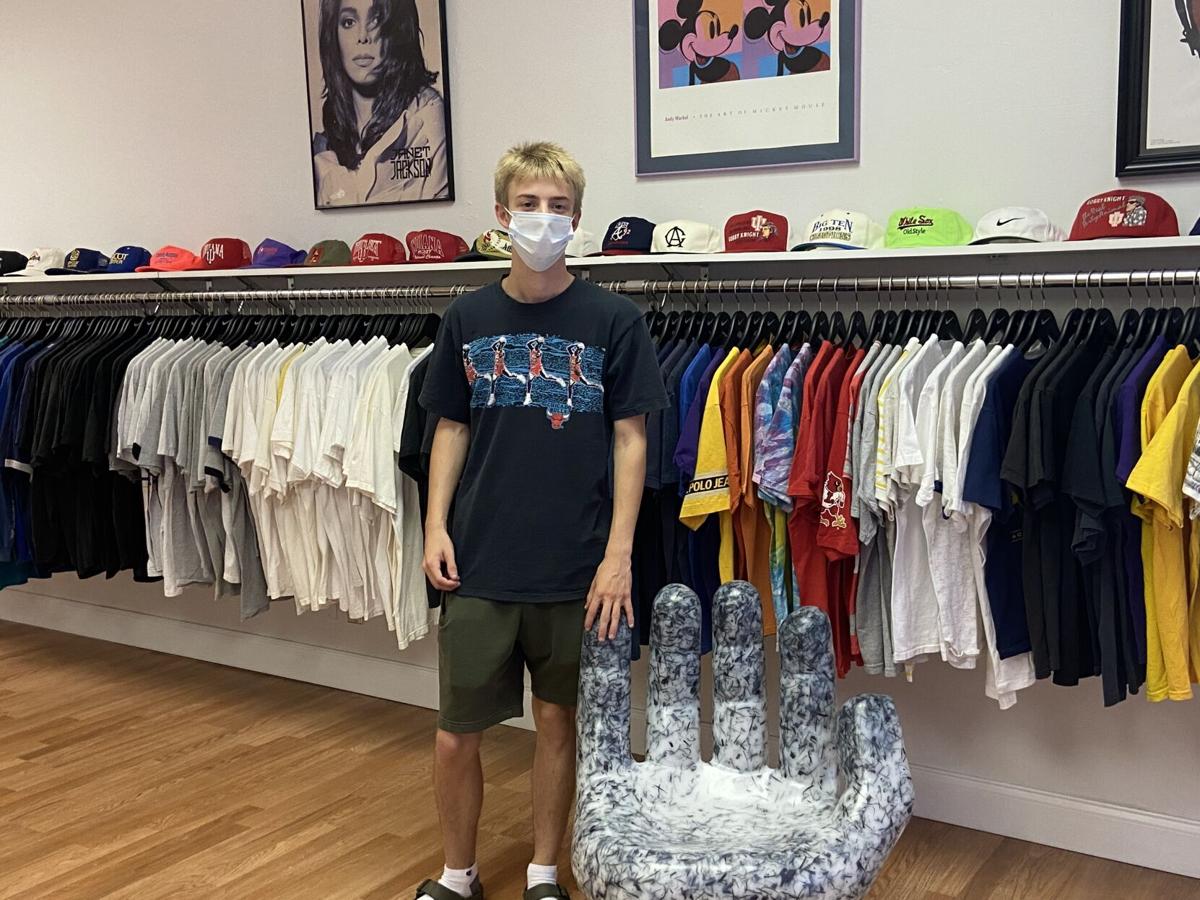 Ryan Shean, 20, is preparing to open 812 Vintage in downtown New Albany. The vintage clothing store features clothes from the ‘80s and ‘90s, including plenty of sports gear.

Jackets and sweatshirts are lined up on rack at 812 Vintage in downtown New Albany. The clothing store will open Saturday on Pearl Street.

NEW ALBANY — At only 20 years old, Ryan Shean is pursuing his dream of selling vintage clothing, and this weekend, he is reaching a major milestone in his business.

He started 812 Vintage about a year-and-a-half ago with an online store. He has previously sold at the Green Tree Mall in Clarksville. On Saturday, he is celebrating the opening of his own brick-and-mortar shop in downtown New Albany at 214 Pearl Street.

Shean said he looks “anywhere and everywhere” for T-shirts to add to 812 Vintage’s curated inventory, including flea markets. On the shelves, customers find a selection of T-shirts, hats and sweatshirts from past decades, including sports gear and brand-name clothing.

About 95% of the clothing is from the ‘80s and ‘90s, Shean said. The clothing selection includes gear from a number of college teams in the area, and it has clothing for both kids and adults.

“Sports T-shirts are a big hit,” he said.

The shop will also offer newer streetwear and designer brands such as Off-White and Louis Vuitton.

“We’re going to start curating a lot of stuff individually, like so that way you can come here and create a whole outfit,” he said.

Shean will also feature his own clothing brand that repurposes clothing, including screen printing and vinyl printing on vintage T-shirts, he said.

“The whole thing about vintage clothes is about recycling, and it’s good for nature,” he said. “New clothes — there’s just so much produced that’s sitting in warehouses and sitting in stores all across the place, and all these people are talking about recycling, but they’re going out everyday and buying new clothes, and they’re just sitting in their closet sometimes only being worn once.”

He has been selling clothing since middle school. At only 13 years old, he started reselling sneakers, and he sold vintage T-shirts he found in thrift stores to his friends. From there, he began attending trade shows around the country.

“I told my dad, see, there’s money to be made,” Shean said. “I always wanted to buy cool things, but I never wanted my parents to spend the money…I figured, if my parents can go out and work for money, why can’t I? So I just started little niches and businesses just as time went on.”

Shean, who graduated from Floyd Central High School, said his business was a distraction as he struggled academically due to dyslexia.

“I’ve probably had five or six businesses since I started in 2013,” he said.

He started his Instagram page for 812 Vintage last March. He has sold at flea markets, and he had a successful experience selling at Harvest Homecoming last year.

In recent months, he has seen an increase in sales on the 812 Vintage website, Shean said.

Shean is excited to travel his “own path” in his new endeavor, and he is thankful for the opportunity to open his own store.

“I was just a kid at one point with 100 T-shirts and no money in my bank account, and now, I have my 1,500 square-foot store, and it’s just crazy where life takes you and what rollercoaster rides you can go on,” he said.