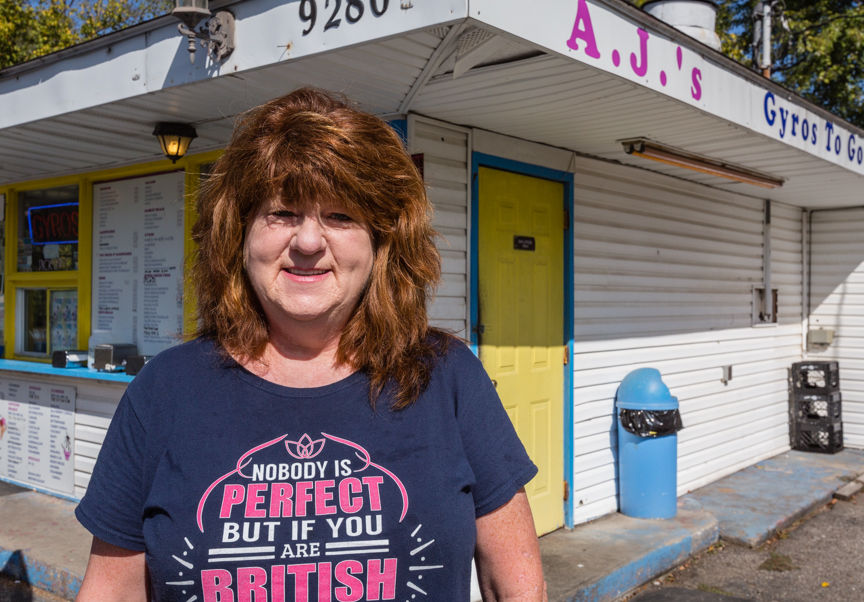 Owner Alison Hanover will be closing A.J.'s Gyros To Go in Georgetown after 13 years in business. 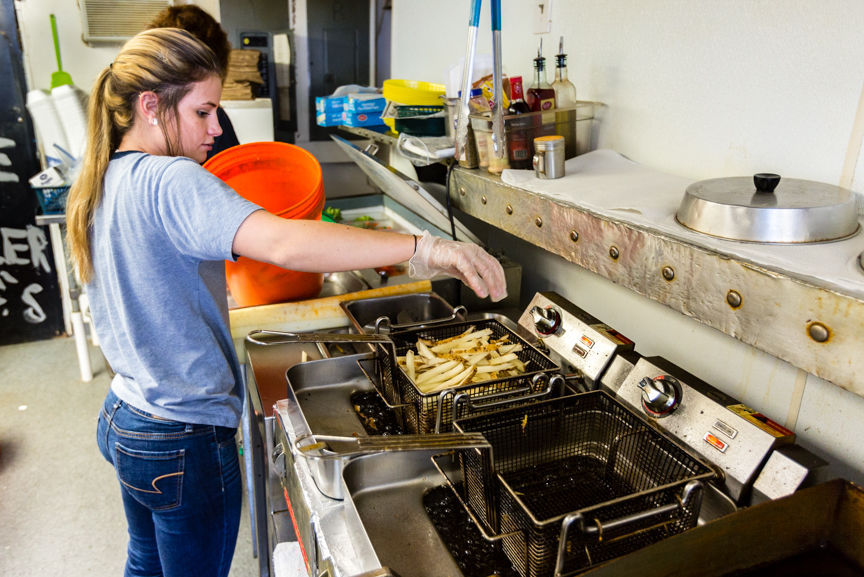 Alicia Cochran, who has been working there for two years, puts a handful of fresh cut fries into the fryer Wednesday morning at A.J's Gyros. 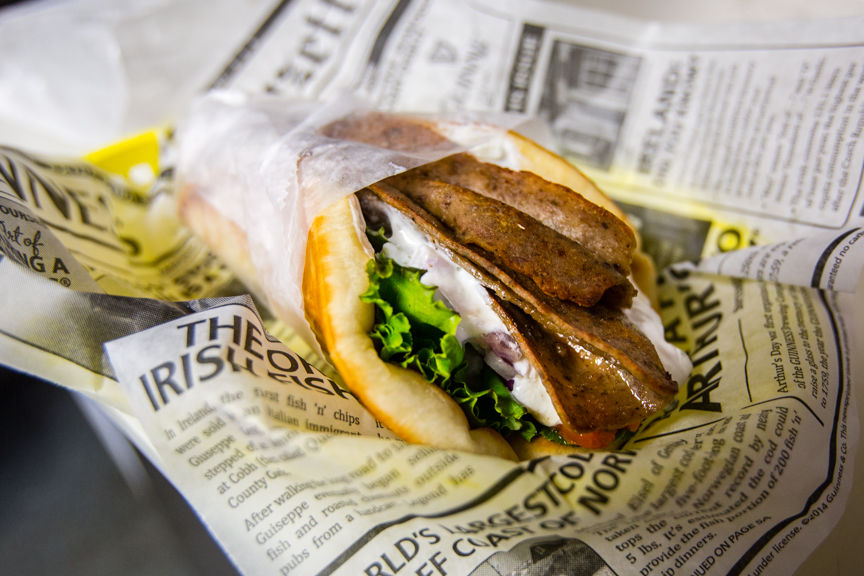 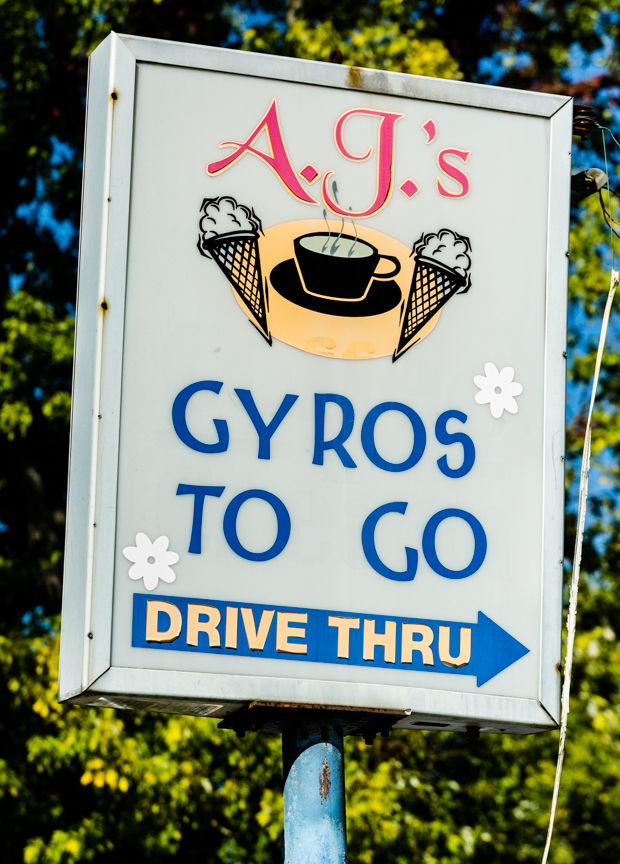 A.J.'s Gyros To Go opened in 2004 and quickly became a beloved restaurant in Georgetown. The restaurant's last day of business will be Oct. 22 off this year.

Owner Alison Hanover will be closing A.J.'s Gyros To Go in Georgetown after 13 years in business.

Alicia Cochran, who has been working there for two years, puts a handful of fresh cut fries into the fryer Wednesday morning at A.J's Gyros.

A.J.'s Gyros To Go opened in 2004 and quickly became a beloved restaurant in Georgetown. The restaurant's last day of business will be Oct. 22 off this year.

GEORGETOWN — Alison Hanover’s business philosophy is to sell what people can’t get.

When she and her husband, Joe Hanover, opened A.J.’s Gyros to Go in 2004 along State Road 64, no one else in the area was serving Greek food.

“There was two places in Louisville I believe and that was it,” Alison said.

The Hanovers couldn’t sell their gyros at first because they didn’t have the supplies, but even before they started, customers were asking for them.

Their idea paid off; the Hanovers have sold 92,903 of their flatbread wraps over the past 13 years at their drive-up shop. But Alison has another life philosophy: nothing lasts forever. And she’s ready to follow it.

The Hanovers are selling A.J.’s.

Alison, who was born in Liverpool and grew up in Gloucester, wants to spend more time with her 88-year-old father in England.

He’s in good health, Alison said, but she’s not making the same mistake she did with her mother, who died from cancer just three days after Alison took off to visit her.

Alison's announcement that she was going to sell A.J.'s, which she posted to Facebook two weeks ago, dismayed customers from miles around, provoking 371 reactions and 155 shares.

Dustin and Noelle Mattingly drove from Corydon to Georgetown on Monday after hearing the news, hoping for one last taste of falafel and a final sip of A.J.’s milkshakes.

“We used to live a mile down the road, and this would be our place that we would come to all the time,” Noelle said.

Alison believes that A.J.’s has survived for as long as it has because of the quality of her ingredients: A.J.’s buns are kaiser rolls, not the crumbly kind. She also sells hand-dipped ice cream, and plenty of customers have declared A.J.’s gyros to be the best around. (Quite a few of Alison’s dishes have received that designation it turns out, including her fish and chips, fried mushrooms, chicken tenders and cornbread). Noelle, somewhat blasphemously, even believes A.J.’s shakes are better than the ones at Polly’s Freeze, a popular ice cream shop about 10 minutes away.

Alison originally opened A.J.’s because she wanted more freedom to visit her family in England for long periods of time. (Americans don’t get as many vacation days as the English, Alison says).

She had experience running a restaurant with her brother on the Greek island of Crete, which is also where she met Joe, who was from Georgetown but stationed overseas in the military.

A.J.’s almost closed after its first year, but Joe’s father bailed the couple out, and the restaurant has been going strong ever since. It still is.

Alison promises to be there, talking with customers and serving food.

She hopes to have another owner in the space soon. Already, a buyer has emerged, and they are working with Alison on a price.

The buyer has their own plans for the restaurant, Alison said, but they still want to serve gyros. They'd be silly not to.

In the meantime, Dustin, Noelle and Alison’s other customers will have to figure out how to live without A.J.’s.

Dustin suggests they cook their own falafel, but Noelle protests.

“No, we’ll never be able to make it as good as the falafel here,” she says.

Locally and nationally, a lot has happened since Monday. Take a look back with Digital Editor Elizabeth DePompei's picks for this week's top f…

Funeral services will be at 11 AM Monday, January 31, 2022 at Scott Funeral Home, with burial in Walnut Ridge Cemetery. Visitation Sunday 1-6 PM and Monday 9-11 AM.

William Earl "Bill" Main died January 19, 2022 at Clark Memorial Hospital in Jeffersonville, Indiana. He was born March 25, 1938 to the late Robert Lloyd Main and Dorothy Nadine Main in Oildale, California. Bill was an army veteran where he served as chaplain and he owned and operated The Ma…