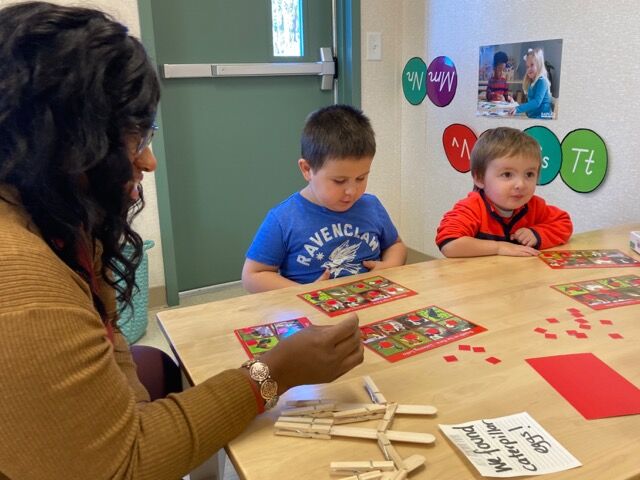 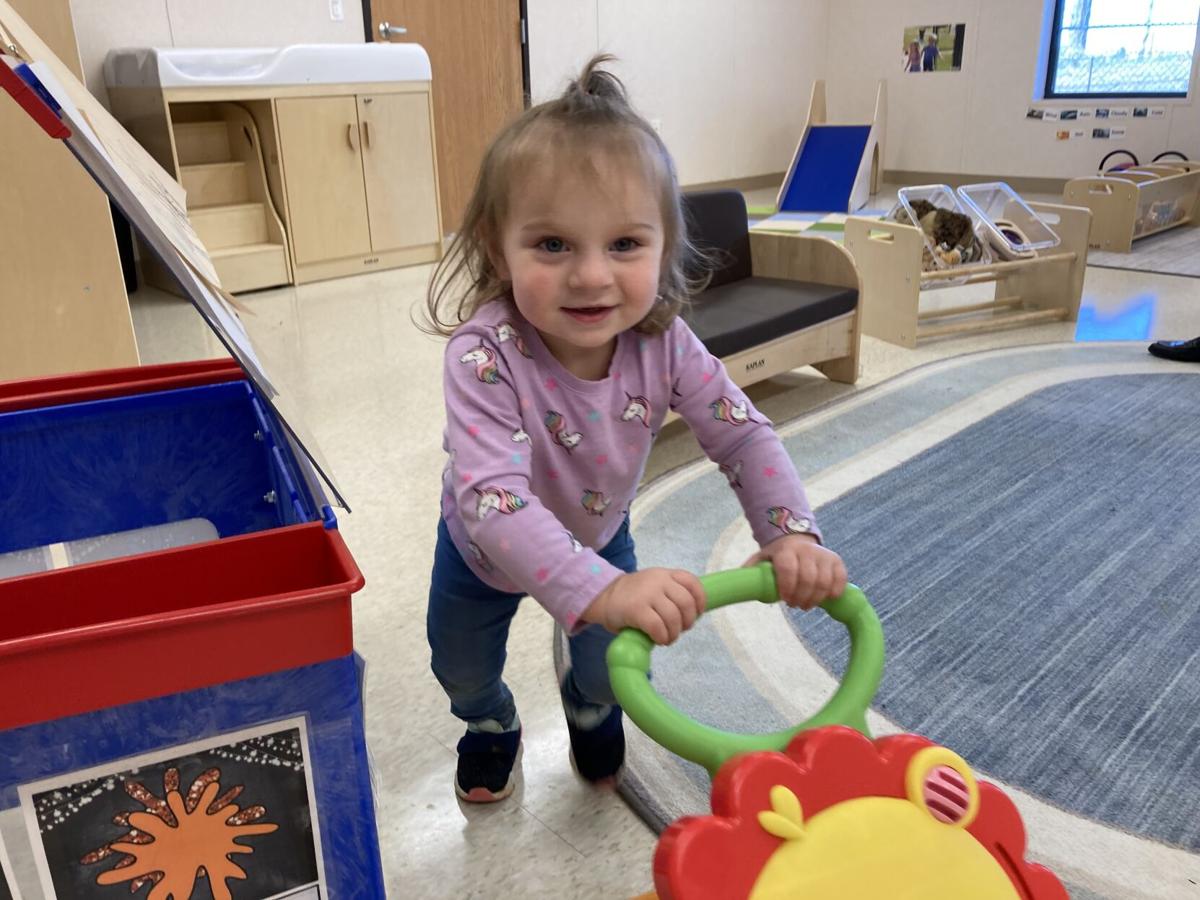 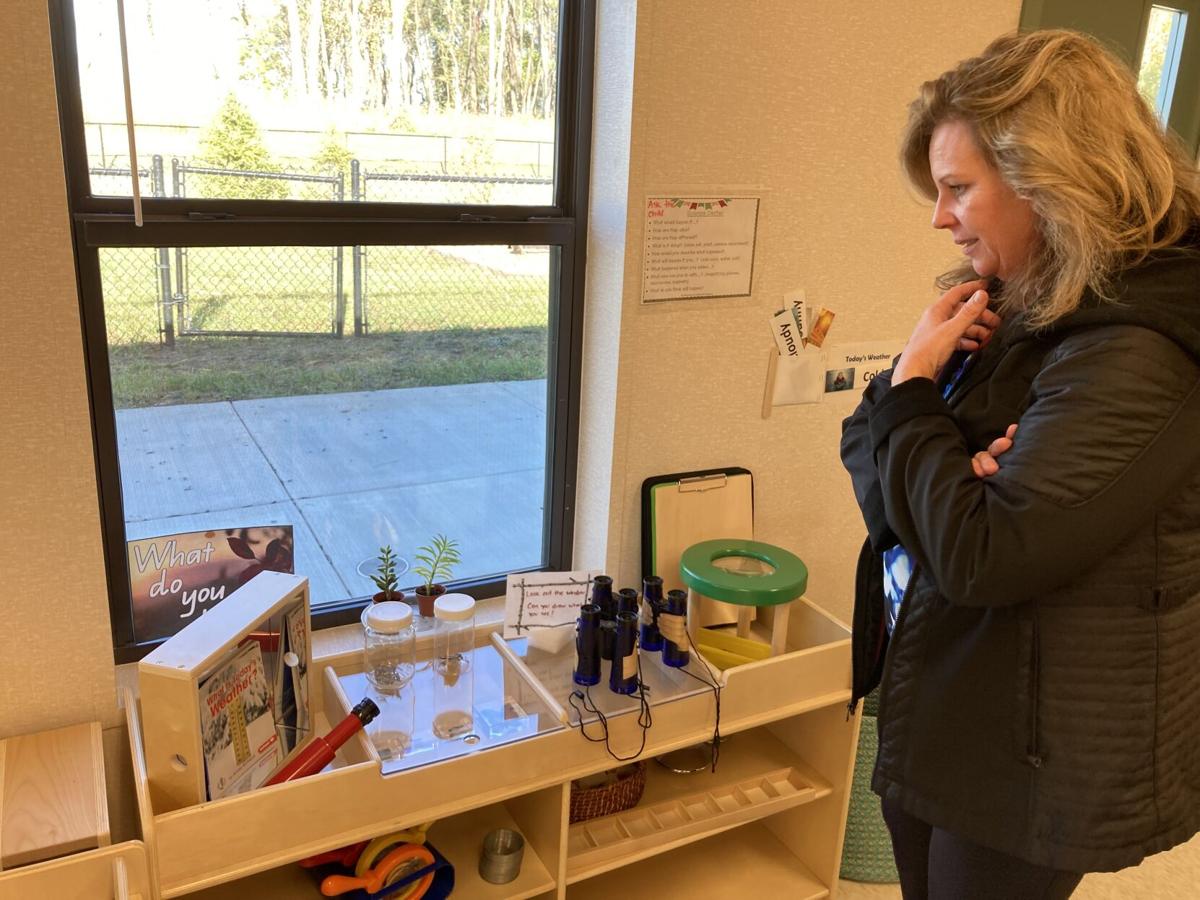 Della Micco, director of the River Ridge Early Learning Academy, said that the center was designed to offer the very best for the children who attend there. 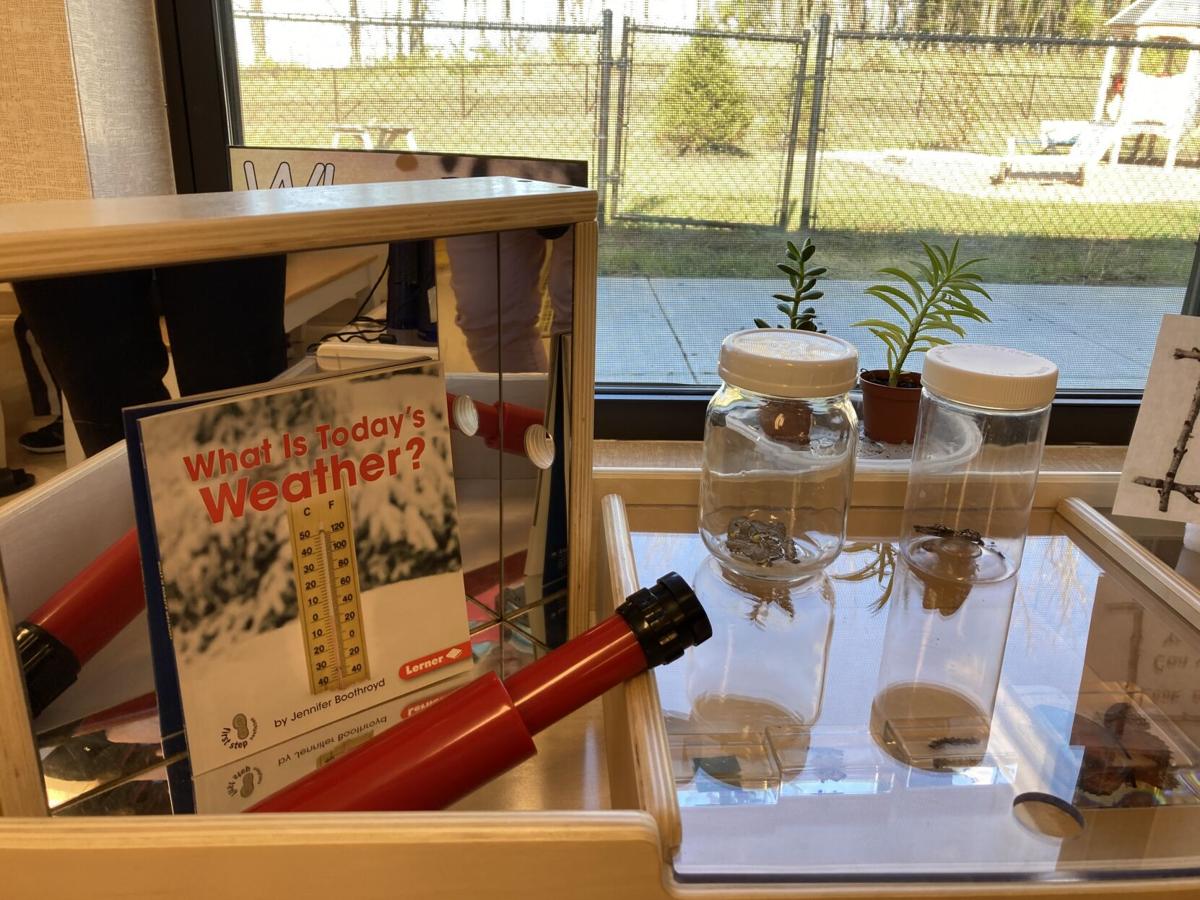 These educational tools are available for students at the River Ridge Early Learning Academy.

Della Micco, director of the River Ridge Early Learning Academy, said that the center was designed to offer the very best for the children who attend there.

These educational tools are available for students at the River Ridge Early Learning Academy.

JEFFERSONVILLE — A new educational facility aimed at giving children a strong boost in life has opened for children of employers and employees of the River Ridge Commerce Center in Clark County.

The River Ridge Early Learning Academy on River Ridge Parkway opened in early October for children 2 to 5, and, as of the ribbon-cutting ceremony Wednesday, had 12 students. The facility can accommodate up to 55 but there are plans to expand that to 400 in the coming years.

The vision of founder Jim Karp, CEO of America Place in River Ridge, started as an adult training center for employees, which it will eventually have. They knew they also wanted to have a child care component.

But the center is much more than just child care for those who work in the business park — it’s an immersive early learning experience to help students get an edge during a period when their brains are growing the most quickly.

At first the thought was to have a day care, which evolved into “‘Let’s have a school where they’re learning and offer them all of the best — the best facility, the best materials, the highest quality,’” said Academy Director Della Micco.

And that’s what they’re striving to do. The teachers and staff have a combined 162 years of experience in early childhood education and speak six different languages among them, but they bring more than just their credentials, Micco said.

She brings 26 years of experience herself.

“We have artists, we have musicians, we have scientists,” she said. “Everyone adds a special gift that they can share with others and we can train each other and add to the mix.”

She said the reason for the variety is that “90% of brain development happens before the age of 5 so we need to allow for different kinds of experiences to fully have that.”

Micco said when she was designing the school she wanted to meet or exceed the requirements of the National Association of Accreditation of Young Children.

“We meet all of those standards from the paint that we chose to the posters in the classroom,” she said. “Our playground is white cedar from Maine. I picked something that would be sustainable for the environment that repels insects.”

With tuition on a sliding scale, the academy is aimed at being a much more affordable option for parents than some other options that provide that level of education.

Karp, the founder, said the opportunity will level the playing field for these students.

“These kids learn so fast...and if we can put the stuff in front of them at the right time, they’re going to get some great results,” Karp said.

He added that the academy being right in the business park can be a big plus to parents.

“We’re at the location where the parents are and that really clears up a lot of issues,” he said. Academy leaders will also invest in the teachers and staff there to help further the quality of education.

Indiana state Sen. Chris Garten (R-45) was among those who spoke at the Wednesday ceremony to dedicate the school and said he has been supportive from the start.

“This is what happens when innovative problem-solvers get together,” he said. “We reap the rewards and benefits as a society from that.

“This educational opportunity for Southern Indiana is one that is unparalleled. I couldn’t be more excited about it.”

For more information on enrollment, visit www.riverridgelearningcenter.org or find them on Facebook at RRLearningCenter.

Director Della Micco can be reached at dmicco@rrlcschool.org.