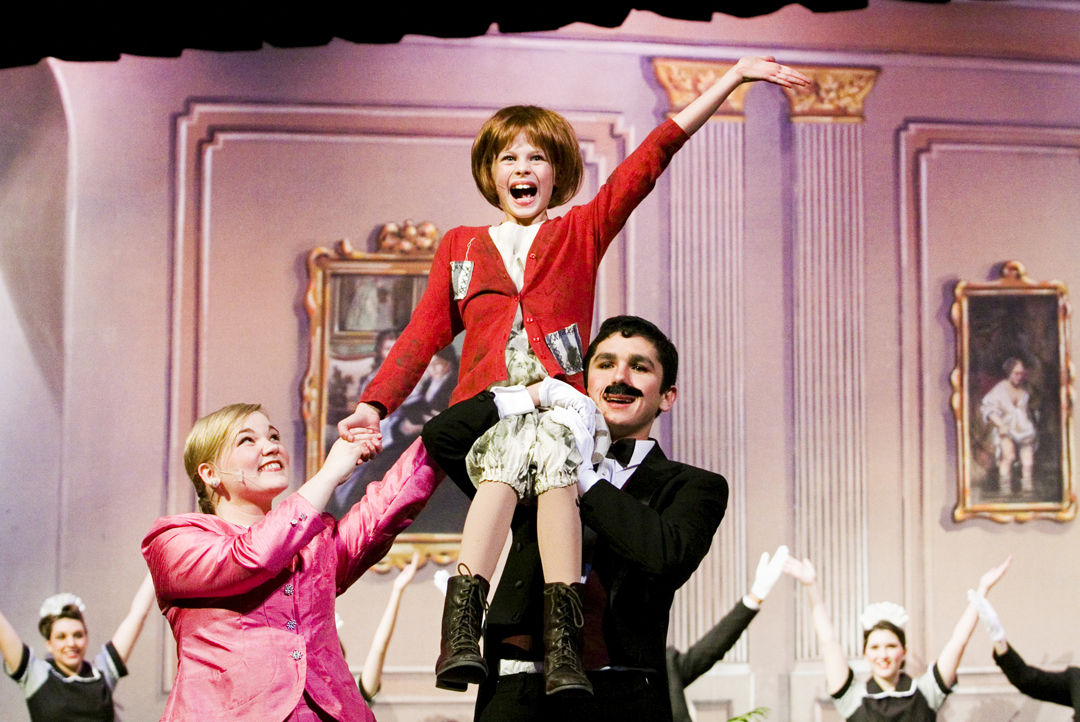 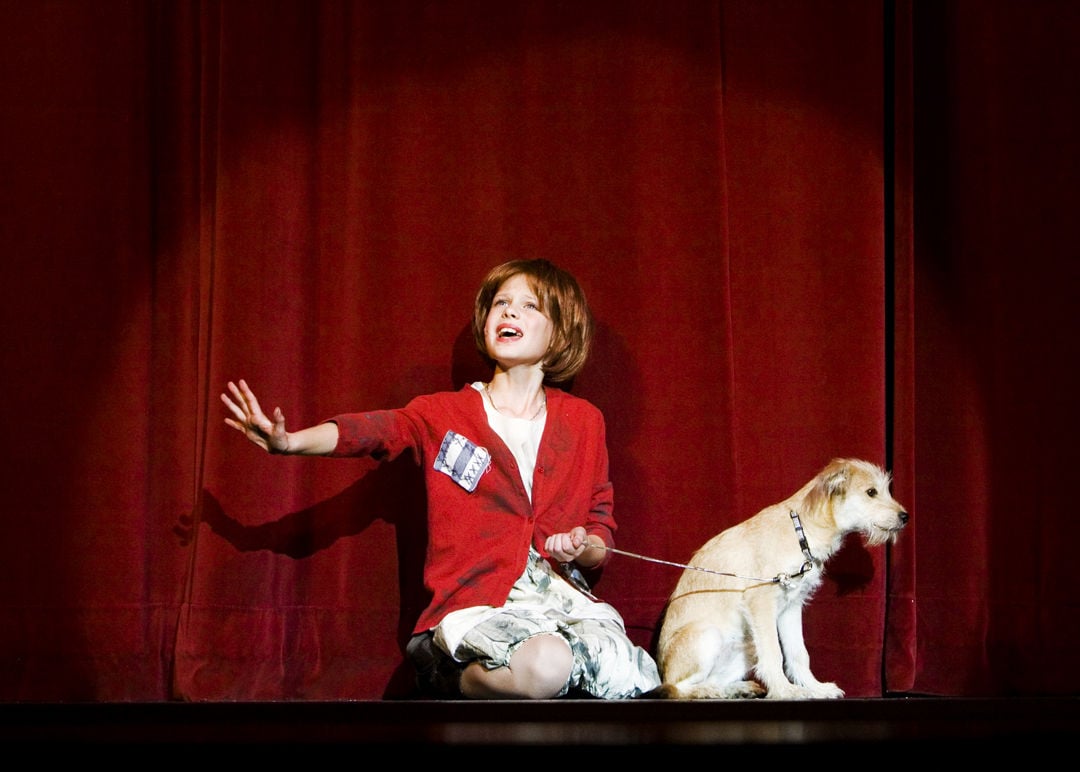 Shelby Brown, a Scribner Middle School student, portrays the title character during a dress rehearsal for the New Albany High School production of the musical "Annie" on Wednesday evening.

Shelby Brown, a Scribner Middle School student, portrays the title character during a dress rehearsal for the New Albany High School production of the musical "Annie" on Wednesday evening.

NEW ALBANY — He could have opted for a bald cap or some other creative, convincing bit of makeup trickery. Instead, Jacob Domalewski decided to take the plunge and face a cold reality.

Now that the cold snaps of winter have truly begun, Domalewski said in some ways, he can’t wait for New Albany High School’s run of “Annie” to finish up.

“It is absolutely miserable,” Domalewski said. “I know now the plight of bald people. It is constantly cold wherever I go.”

The senior, slated to play the role of Daddy Warbucks in the show, opted to get his head shaved like the greats who portrayed the character on the stage of Broadway and on the silver screen. Then he upped the ante and removed all of the hair on his head in front of the entire school.

During a pep rally and student recognition ceremony at the school on Oct. 30, Lt. Cmdr. Joe Maynard from the school’s NJROTC program pulled out a chair and plugged in some clippers following a presentation from the theater students.

Amy Harpenau, theater director, said she didn’t make a shaved head an absolute requirement for the role when she held auditions, but she said it usually looks better than makeup. Besides that, she said she noticed something different in Domalewski’s demeanor after he followed through.

“I told them I’d strongly encourage them in going the full route to getting into the character,” Harpenau said. “It’s the most convincing and once he shaved his head, it brought a whole new life to him. He walked differently, he talked differently, it was just the cherry on top of the cake for the show.”

“The idea actually started as a joke,” Domalewski said. “Ms. Harpenau said it would be funny if I shaved my head in front of the whole school. After she said that, I emailed Janet Page [principal] and was approved.”

Harpenau said though the production is popular among theater programs, it’s always fun for her and the students to interject something different into a classic.

“What I love about the show is that very reason, it’s so well known,” Harpenau said. “It’s a classic that everyone brings their kids to see, but we’ve done some of our own stuff with it. We’ve added some dance numbers and a lot of technical aspects to it. We took that traditional look that audiences love, but put some new elements on stage to keep it fresh.”

Part of ending his decade-long run with the program, since he started working with New Albany theater when he was 8, Domalewski said he doesn’t mind doing something different, or even switching up his daily routine, for a role.

“It’s kind of just like showering, so instead of using shampoo and conditioner, I just finish off with shaving cream and a razor,” Domalewski said. “It’s just that final high school memory of ‘look what I did.’”

Tickets can be purchased at the box office.