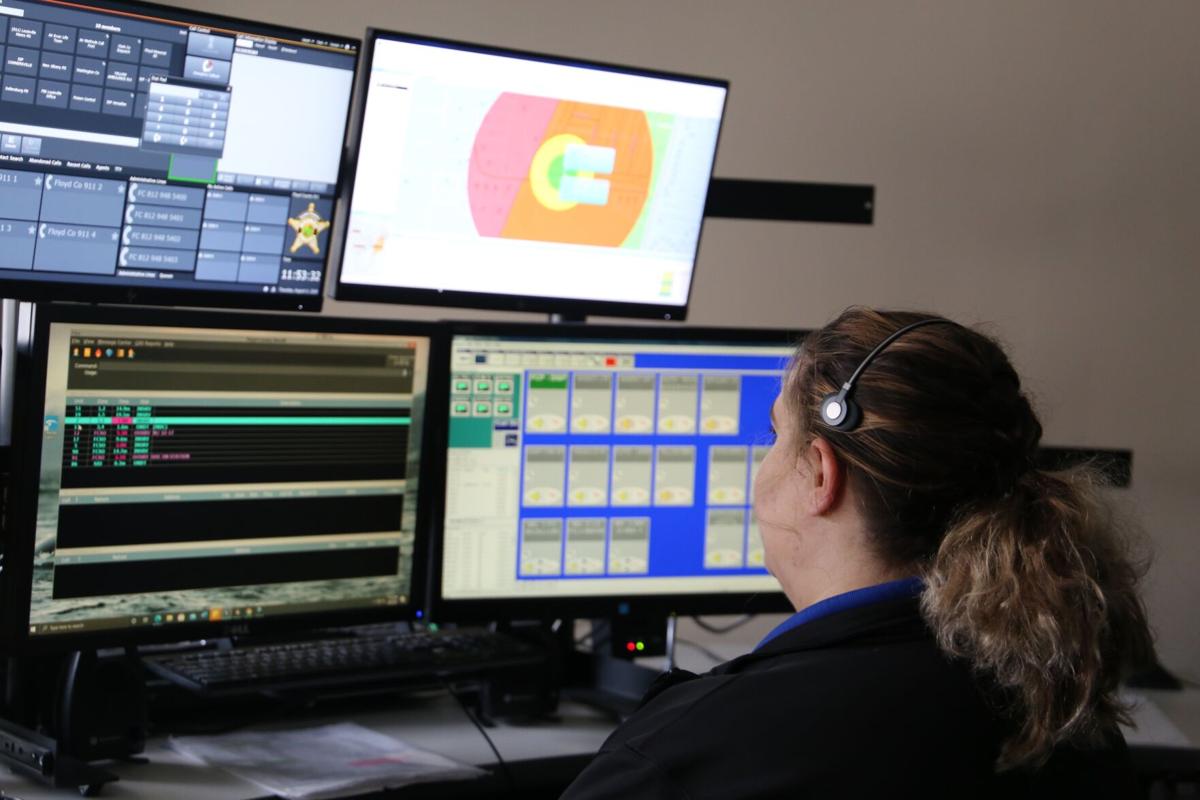 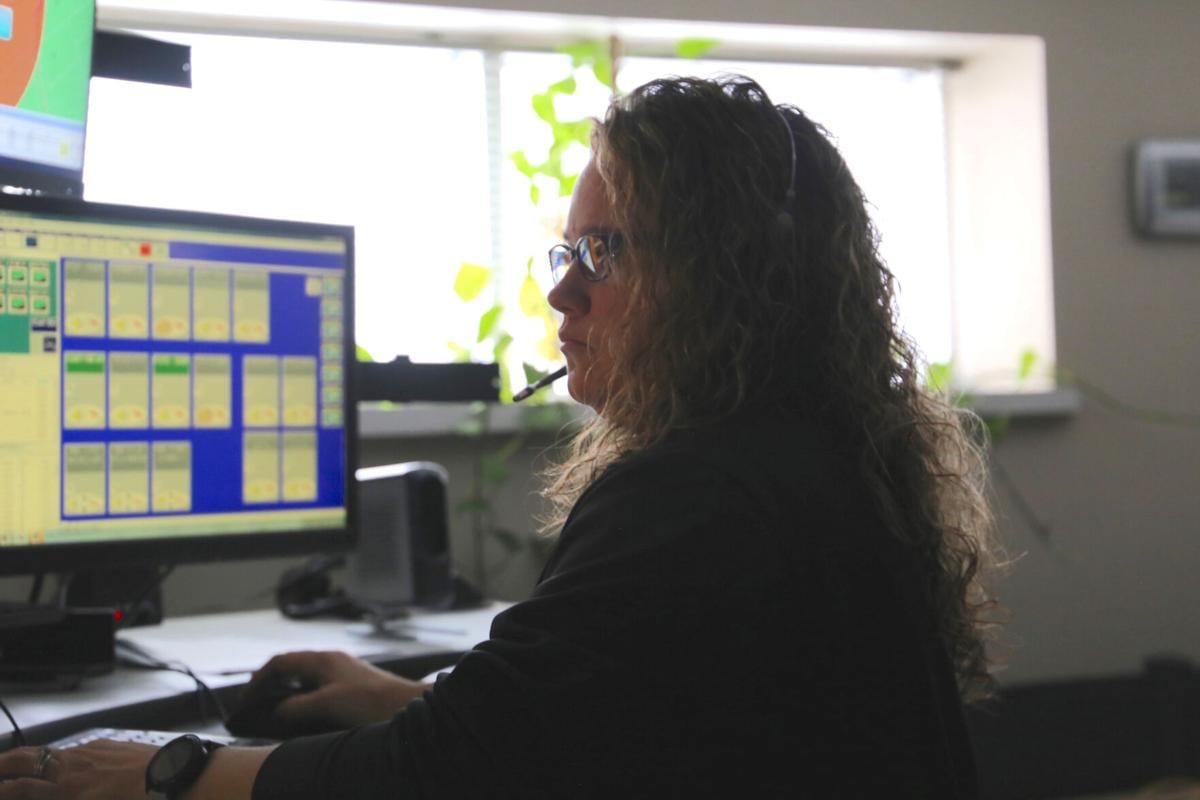 Angie Hackworth has been a Floyd County dispatcher for 12 years. 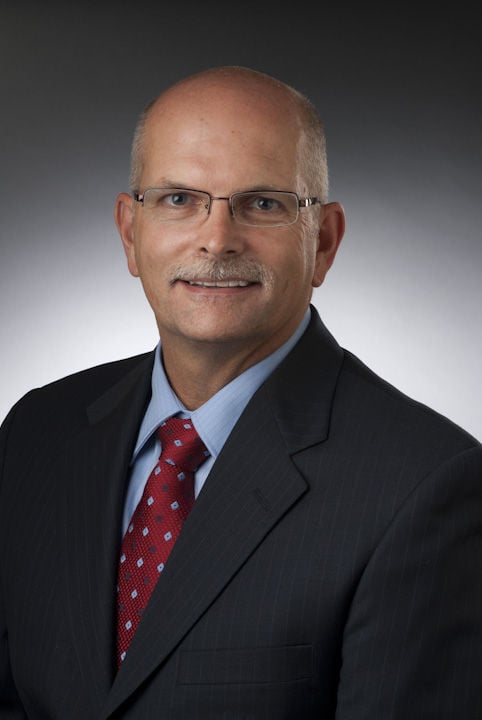 Angie Hackworth has been a Floyd County dispatcher for 12 years.

After the Floyd County dispatcher has answered an emergency call and routed the necessary response to the scene, she often wonders what happened to the person who was in need of assistance.

“You don’t know if that child survived the drowning, or if the kid who was shot on accident made it,” Hackworth said. “It’s difficult because we get the calls and we handle the stress, but we don’t know what happens after it.”

Because the calls don’t stop, the dispatchers can’t either. They may learn about the outcome of an emergency run from a police officer, but that’s not always the case.

“They are the very first contact that the public makes, whether it’s a 911 call or an administrative call,” Loop said, as he added being classified as a first responder means a dispatcher can receive the same hazardous pay for duty-related illnesses.

“The physical stress of this job has injured a lot of people over the years. When you walk out of here, you can’t unhear the things that you’ve heard,” said Loop inside the county’s dispatch center on Thursday.

Dispatcher Jessica Airey waited attentively at her desk, anticipating the next call.

“I really enjoy the aspect of public safety,” she said. “I don’t know what else I would do if I wasn’t doing this. I feel like this is what I’m supposed to do.”

And like other public safety departments, dispatchers want equal treatment. They have requested to be recognized as a bargaining unit by the Floyd County Commissioners, similar to police and corrections officers.

“They should have the ability to sit down with the county and the commissioners and talk about pay and benefits,” said Loop, who is serving his final term as sheriff, and wants to ensure the dispatchers are in a solid position moving forward.

“We need to solidify in writing what they have, what they’ve accomplished, so the next person who comes in doesn’t ignore that.”

The commissioners agreed Tuesday to meet with dispatchers and Loop to discuss bargaining status. Loop emphasized to the trio that Floyd County’s dispatchers are highly-skilled.

“If they decided to leave, Louisville would love to have them,” he said.

It takes about 22 weeks of training for a new dispatcher.

Dispatchers in Floyd County wear many hats. They’re on the front line, connecting emergency responders with those in need. They also handle administrative calls for the courts, file paperwork and listen in as a backup for New Albany’s emergency communications in case they need assistance from Floyd County.

They are also trained in CPR and other emergency responses.

“We have to multitask,” Airey said. “We’re constantly moving, doing something. There’s not a lot of down time.”

Dispatchers also have to be able to remain calm during the storm.

“You could be talking to somebody that’s in a domestic, then you could have an officer yelling out that they need help,” Airey said. “So you have to prioritize and you’ve got to be able to listen. You can’t ignore one or the other. It takes a trained ear to be able to do that, and it takes a lot of patience.”

Loop said the dispatch center answers about 75,000 calls annually. On some shifts, there are just two dispatchers available, and that can lead to some stressful days.

“If it’s been a really bad day, I’ll have to go home and do something constructive,” Hackworth said. “I even just have to stay away from the kids because it’s been a bad day. I just have to chill out for a minute, then I can resume my normal home life.”

The starting pay for a dispatcher in Floyd County is about $41,000 annually, which Loop said is about $12,000 less than what Louisville pays. He’s requesting that amount be bumped up to $43,000 next year, but the Floyd County Council will have the ultimate say on the budget.

Being a dispatcher is a job that requires a unique skill-set, and those who hold those positions should be respected and compensated appropriately, Loop said.

“It is a specialty, and if you look across the country, people are looking for those qualities in employees,” he said. “They really want to work with the county to be recognized and to get fair wages and benefits.”