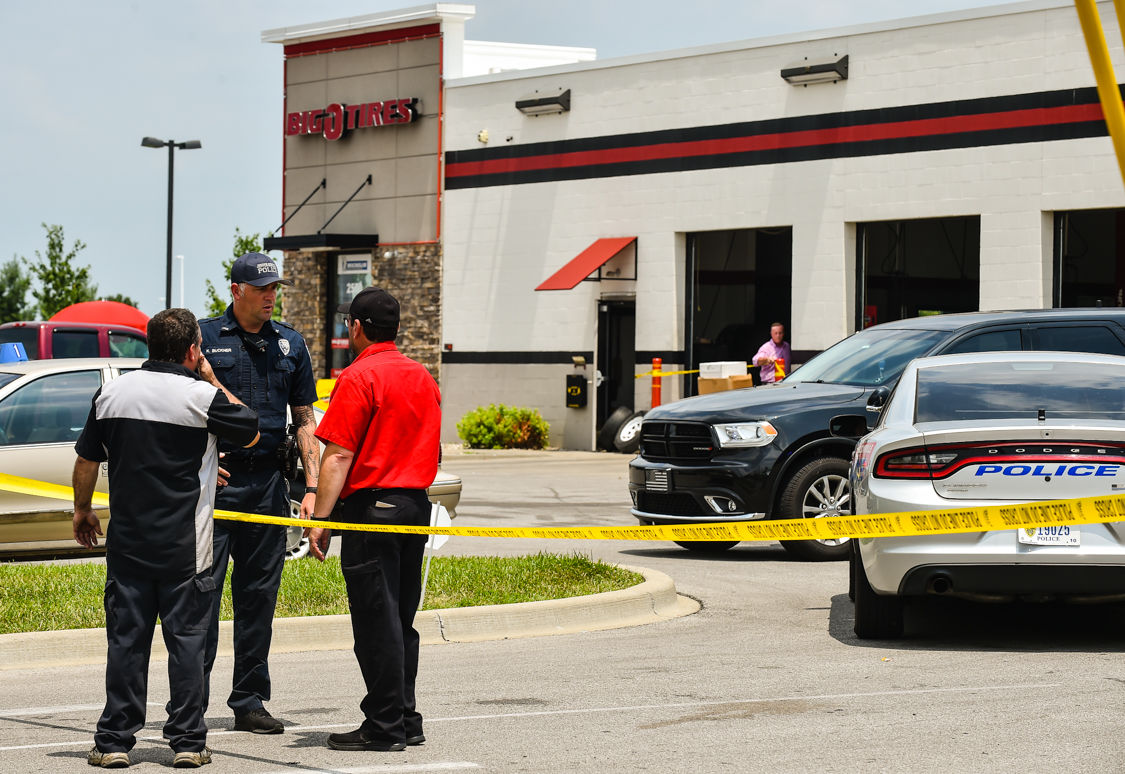 An officer speaks with employees outside of Big O Tires on Allison Lane in Jeffersonville. Police and crime scene investigators were on scene Wednesday, following a fatal shooting. 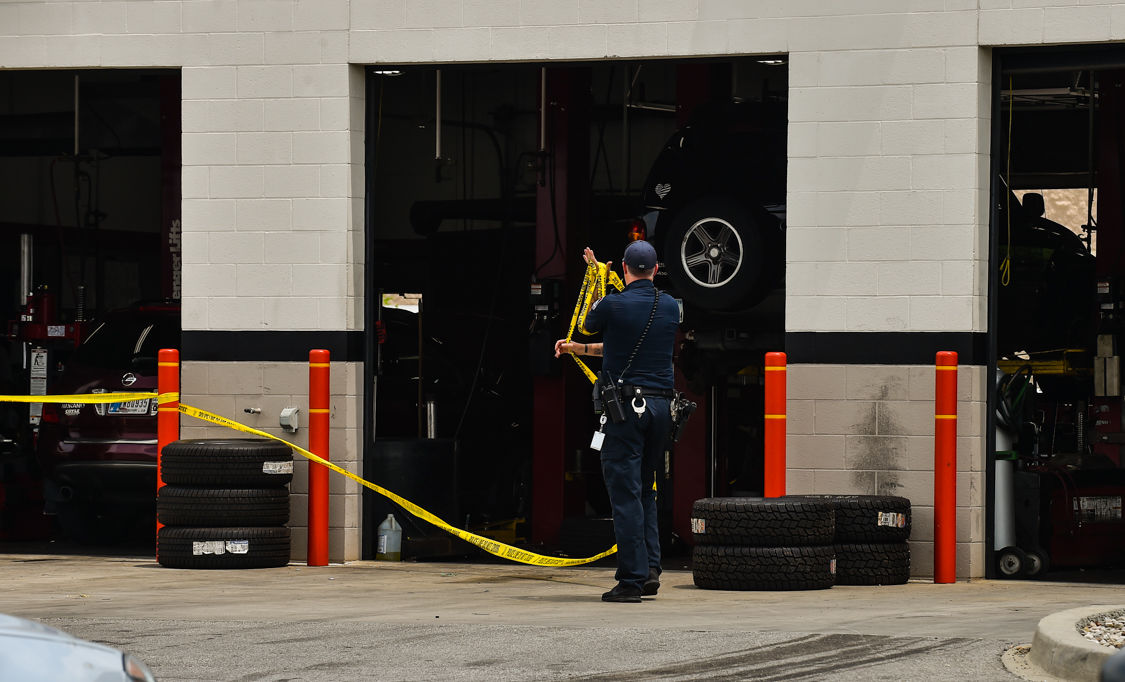 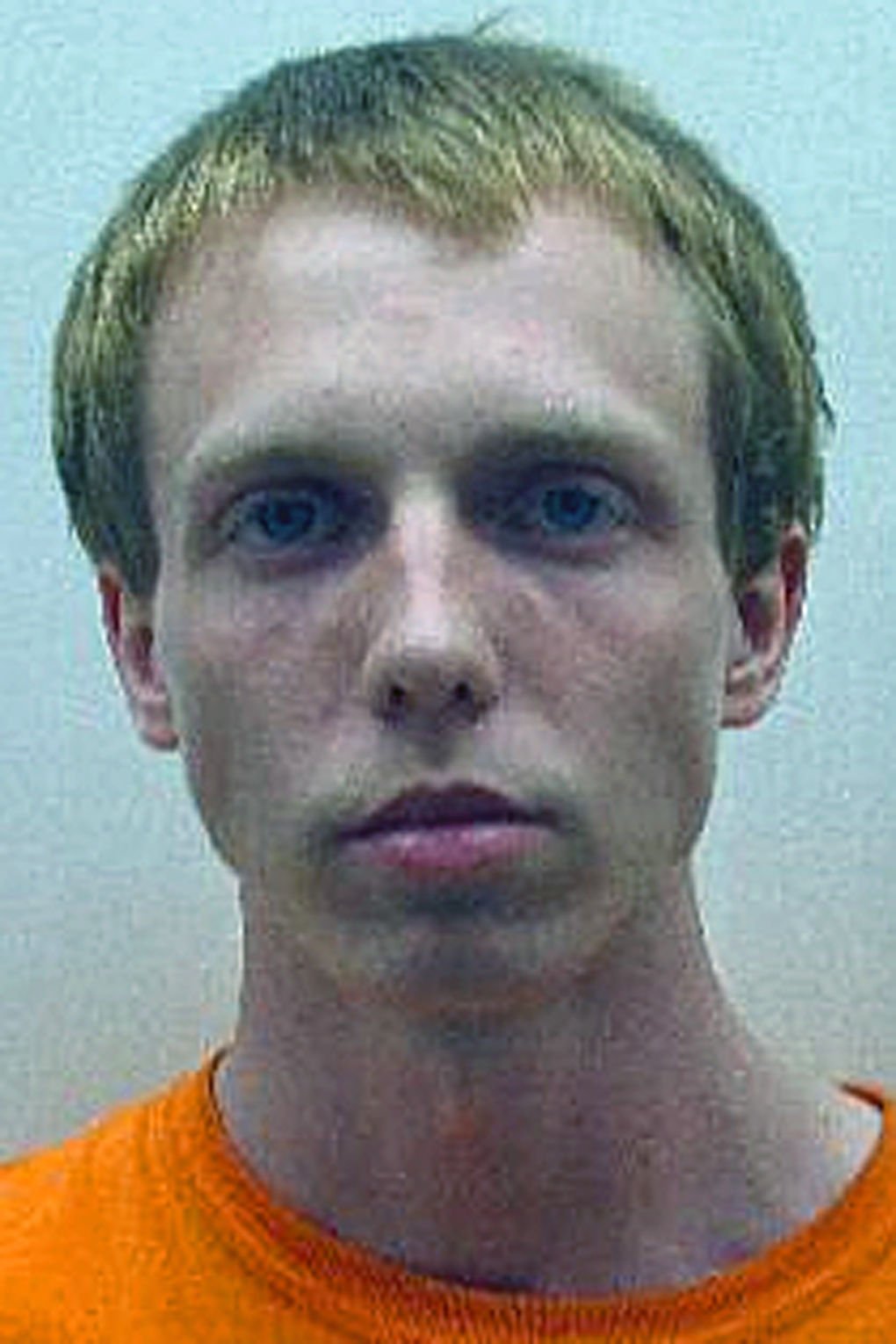 An officer speaks with employees outside of Big O Tires on Allison Lane in Jeffersonville. Police and crime scene investigators were on scene Wednesday, following a fatal shooting.

JEFFERSONVILLE — Police have arrested a man accused of murder just hours after a fatal shooting inside a Jeffersonville tire shop.

Jeffersonville police responded to Big O Tires off Allison Lane around 11 a.m. Wednesday. Inside, they found a male employee who had sustained a gunshot wound. That person, whose identity has not been released, was taken to University of Louisville Hospital where he died from his injuries.

The suspect in the shooting, 19-year-old Bobby L. Powell of Jeffersonville, is an employee of Big O and was still on scene when officers arrived. He was detained and transported to the police department for questioning. He remains in custody and has since been charged with murder, according to police.

The investigation, which is ongoing, determined the shooting was "an isolated act of workplace violence" that stemmed from a verbal altercation between the victim and Powell earlier in the work day, police said in a news release.

A voicemail recording at Big O said the shop would be closed for business all day Wednesday and Thursday due to an emergency, and reopen Friday. Customers who had to leave their vehicles can retrieve them between 8 a.m. and 1 p.m. Thursday.

This was the second fatal shooting this week in Jeffersonville. Eli Elliott, 35, was shot Monday at Greenwood apartments and later died at the hospital.

Murder suspect remains held on no bond in Clark County