Shawn Michael Warren, “In a Promised Land,” oil on canvas. 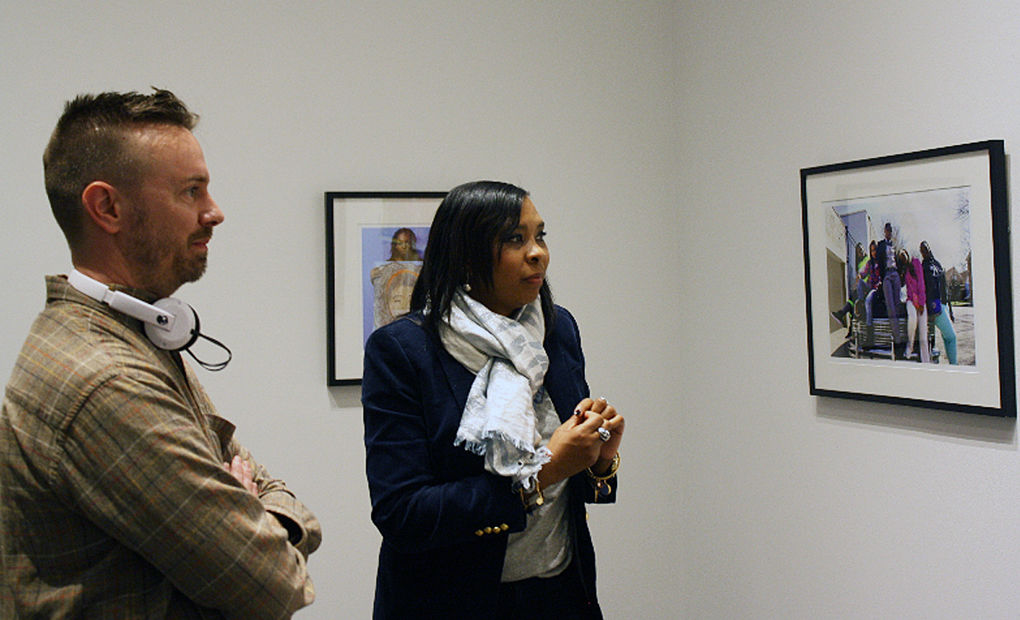 Shawn Michael Warren, “In a Promised Land,” oil on canvas.

Beyond simply presenting works by black artists, the show deals with the lives, histories, and issues of those artists.

“A lot of these pieces have stories behind them,” said Carnegie Center curator Daniel Pfalzgraf. “They deal with ideas of identity and bringing that into stories, history, and socio-political aspects. A lot of the aspects overlap.”

The exhibit ties in well with the Center’s permanent exhibits: “Ordinary People, Extraordinary Courage: Men and Women of the Underground Railroad”, and “Remembered: The Life of Lucy Higgs Nichols” about the escaped slave, Civil War nurse, and New Albany resident.

“In this moment in history, the Carnegie Center for Art and History felt a sense of urgency to share our space to highlight the work and vision of both local and national African American artists to bring national conversations to our space and community,” Pfalzgraf said on the Center’s website.

A wide variety of media, including paint, drawing, video, and printmaking, were used in the creations of the 10 featured black artists.

“The exhibit is very important, especially since black art historically has not been a focus or focused on at all and entirely left out as the many contributions made by African-Americans,” said Antia Fields, president of the Jeffersonville-Clark County chapter of the NAACP.

The exhibit is the result of more than two years of research and reaching out to artists by Pfalzgraf.

“The industry has been dominated by white males — their point of view and their interests,” he said. “I’ve shown some African-American art, but not to the extent I fell I should have. I needed to learn more about artists locally as well as nationally.”

“It’s been incredible researching,” he said. “I realized that if I, as a curator, am not familiar enough with these artists, how can I expect the larger community to be? This gives me as curator the opportunity to highlight these artists and their work.”

Pfalzgraf said one purpose of the exhibit is to get people in the community talking about the causes of African-Americans such as the Black Lives Matter movement.

“A lot of it seemed to go over the heads of some people,” he said. “A lot of people were not really understanding the individuals as individuals. They have history and things everyone can relate to, whether it’s telling about the history that has led us to this point, or just our reactions to it and developing a certain level of familiarity of where these people are coming from as individuals.”

“I’m very excited by what they have to display," she said. "In this political climate, this artwork tells a great story that often is lost in history.

"To have this exhibit of black history and black art here at the Carnegie is exciting. We’re always excited and support institutions that support our blackness. It’s always good when we are able to see that recognized.”

Fields is urging the community to see the exhibit.

“I will attend #BlackArtMatters and very much hope our community will attend,” said Fields. “Hopefully with ongoing dialogue and more education a process will begin that can allow better understanding from all communities for everyone.”