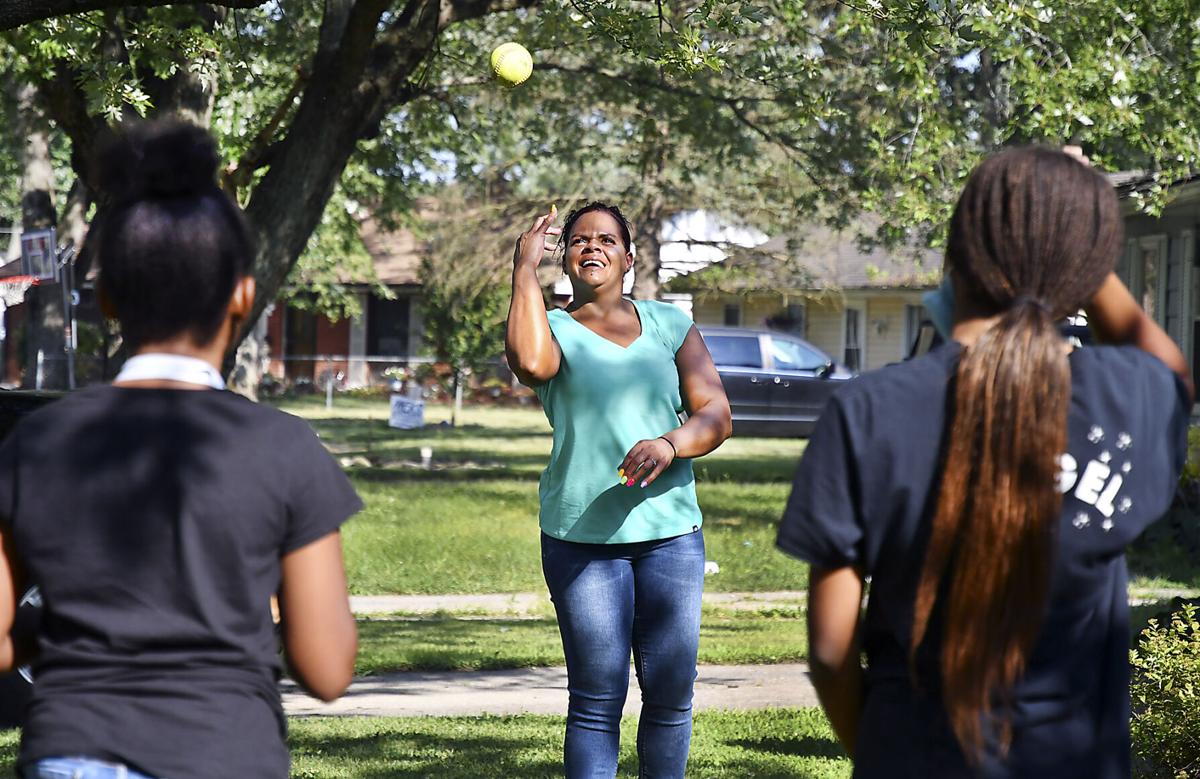 Brooke Watson plays catch with her daughters, Heaven, 11, and Angel, 14, in the front yard of their north Anderson home. 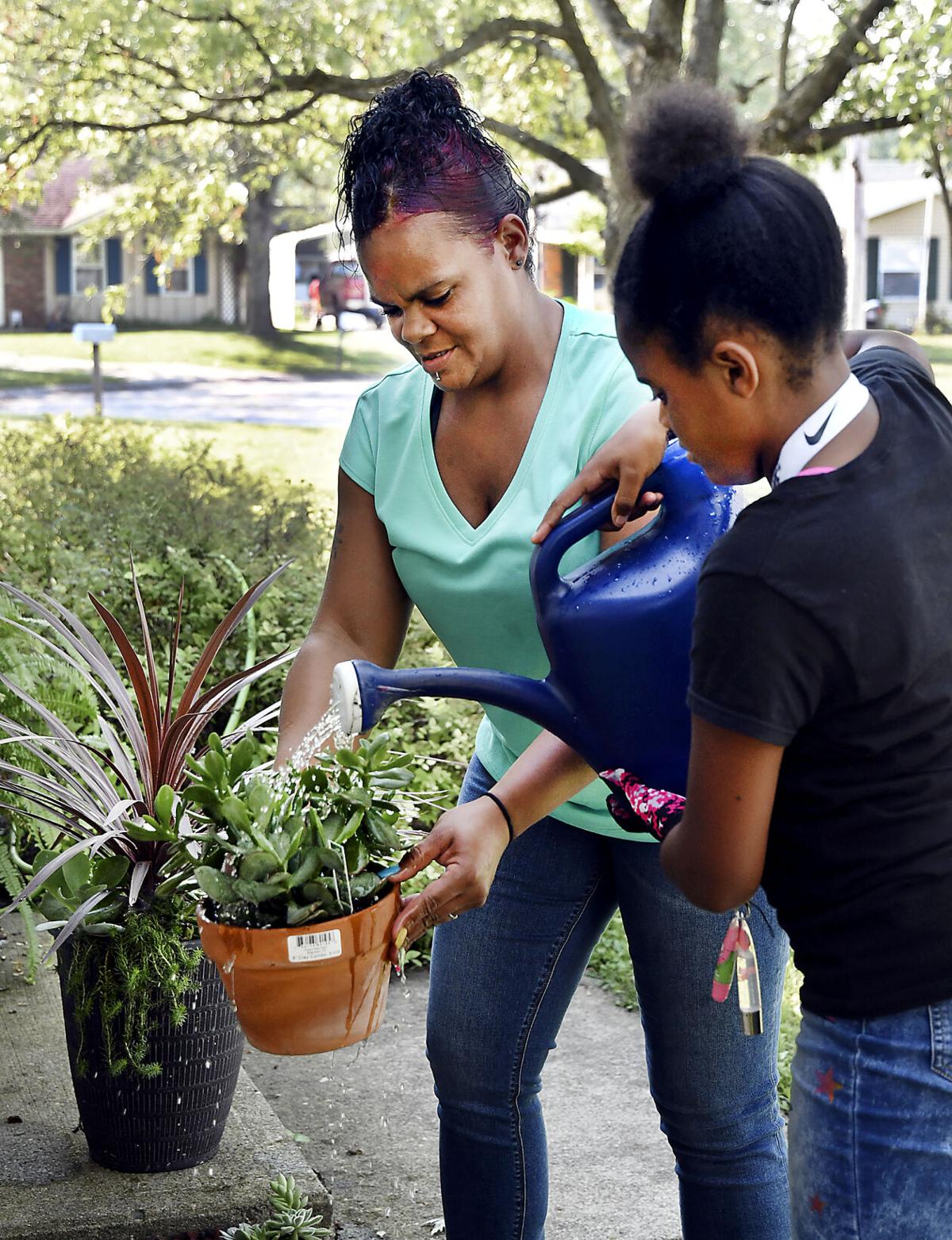 Brooke Watson holds up a plant for her daughter, Heaven, 11, to water at their north Anderson home. 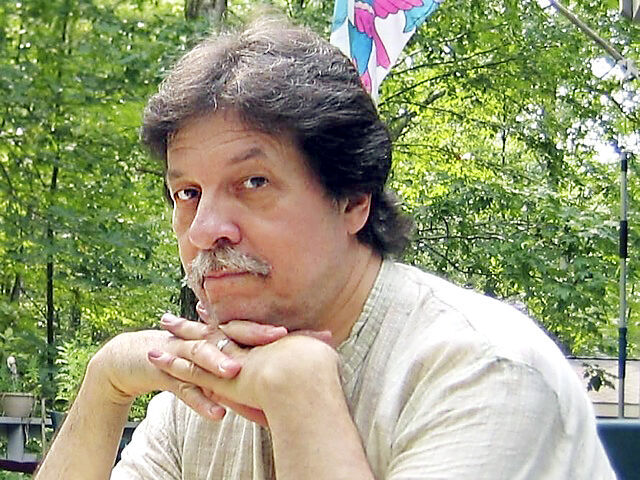 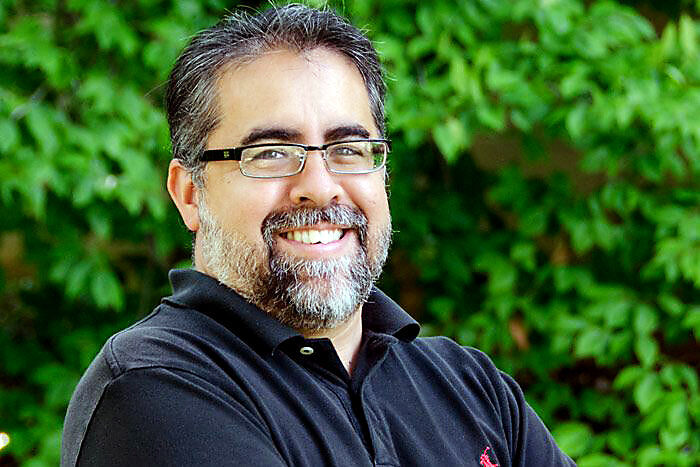 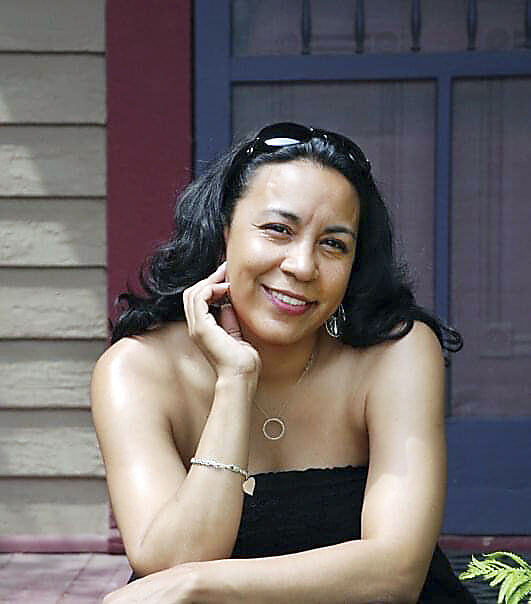 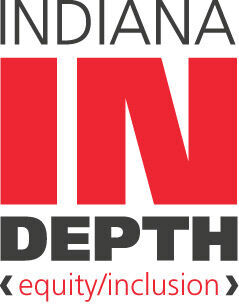 Brooke Watson plays catch with her daughters, Heaven, 11, and Angel, 14, in the front yard of their north Anderson home.

Brooke Watson holds up a plant for her daughter, Heaven, 11, to water at their north Anderson home.

INDIANAPOLIS — Gerry Lanosga, whose mother is Dutch/German and father is Filipino and Nicaraguan, doesn’t quite remember which box he checked when he completed the 1990 census.

Though he thinks of himself as multiracial/multiethnic, the associate professor of journalism history and investigative reporting at The Media School at Indiana University in Bloomington does recall there really was no way at the time for him to reflect that.

So, against his real feelings regarding his racial and ethnic identity, Lanosga said, he likely reported to the U.S. government that he was white. It fit more closely with how he believes his family lived, but it was not a satisfying response to the question, he said.

“I do think given my particular mix of things, when people talk about whiteness, that’s me, but that’s also not me in some ways,” Lanosga explained.

The U.S. Office of Management and Budget, which oversees the census, made things a little easier for people like Lanosga in late 1997 when it decided multiracial people would be allowed to check more than one race on the 2000 census.

This year’s once-in-a-decade count, which is scheduled to come to a close at the end of September, is the third one in recent times that has allowed multiracial people to self-report all the racial and ethnic categories with which they identify. At times in the past, such as when the census included “mulatto” as a category, at least some mixed-race people have been counted as such.

Lanosga, 55, is among nine million Americans, about 2.9% of the population, who identified as more than one race in the 2010 census. At 2.2, the percentage in Indiana is slightly lower than the national average.

Multiracial people include those of various combinations of the five primary races recognized in the United States, which include white, Black, Asian, American Indian or Native Alaskan, Native Hawaiian or Pacific Islander.

The government categorizes “Hispanic” as an ethnicity because individuals can be monoracial or mixed-race descendants from any of the primary races. However, according to a 2015 survey by the Pew Research Center, about two-thirds of Hispanic people consider that designation a race.

According to Pew, which used a different methodology than the U.S. Census Bureau, people like Lanosga who are of both white and Asian ancestry make up about 4% of the U.S. population.

The evidence of Lanosga’s mixed heritage weaves its way subtly through his life.

Though he didn’t grow up speaking Spanish of Tagalog, the traditional languages of his father’s cultures, the adobo cuisine of his native Philippines made a regular appearance on the family’s dinner table in Colorado, where Lanosga grew up. On the other hand, Lanosga, who studied German in college, said he always loves attending Oktoberfest, which is reflective of his mother’s cultural contribution to his identity.

“I think more about my father’s ethnicities,” he said. “It was different, and it was mysterious for us because my dad’s family was shrouded in mystery because his father disappeared and went back to The Philippines.”

Though he always considered himself the sum of his multiple heritages, Lanosga said being able to check more than one category on the census has helped his racial/ethnic identity evolve. It gave him permission to claim all his cultures simultaneously.

“Sometimes, it feels you don’t have a lot of clarity in thinking about that because you’re a lot of things,” he said.

Anderson native Brooke Watson, whose father is Black and whose mother is white, said she doesn’t allow societal pressure to define who she is.

“I usually don’t identify. If it comes down to the box on paperwork, I leave it blank,” she said. “Race is something I feel I have never had to check one way or another.”

Watson, 39, is among the 3.28% of Anderson residents who identified as more than one race on the 2010 census. That’s considerably higher than either the state or national averages.

People of both Black and white ancestry make up about 11% of the multiracial population, according to Pew.

Parents of mixed-race people approach the subject of race in different ways. Some raise their children to ignore race as their personal effort to guide the nation toward a post-racial society; others cultivate their children’s multiracial identities, telling them they are the bridge between the races.

Watson’s parents did the former.

“That started from childhood because I know my parents had their own battles with discrimination and racial issues, especially when they got married,” she said. “They always raised me and my brother that race doesn’t matter.”

Still, Watson, who works at NTN in Anderson, recognizes the world hasn’t always been ready to embrace her view of herself.

“People just consider me to be Black. But I haven’t been offended by them looking at me like that. It never came off as racially motivated but was really just the color of my skin,” she said.

“I have no problem breaking down myself to anyone. I think it’s interesting to see the reaction of people when I say, ‘Well, I do have a white mother.’”

According to Pew’s survey of multiracial people, about 24% reported being annoyed by other people’s assumptions of who they are.

Such assumptions are more than just an annoyance when it comes to the census, which helps decide resource allocation across the country.

Some classes of people, such as people of African descent and American Indians, have been disadvantaged because of systemic racism. The reallocation of resources by geography, race and other factors are an attempt every 10 years to level the playing field.

Groups representing Black and Hispanic interests have mounted informal social media and formal lobbying defenses against a multiracial category, which can siphon some resources away from such communities.

“There’s still that pull against a multiracial box,” said New York-based activist Charles Byrd, creator of the now-archived “Interracial Voice” online magazine. “If you check that, you are still sapping strength from minority groups.”

As Indianapolis native Audrey Rutland, 51, surveys her family during a get-together on the back patio of her far-eastside home, the future is clear.

Rutland’s father is Black, and her mother is Mexican-American. She’s married to a Black man whose children have a white mother. Her brother gave her a triracial niece and nephew by marrying a white woman, bringing more racial and ethnic mixture to the family.

“We always knew we was mixed,” she said. “I don’t remember having the conversation like that with my parents, but I always knew I identified myself as Mexican and Black.”

Rutland, who co-owns a motor carrier business and brokerage with her husband Richard Rutland, is among the 3.2% in Indianapolis who identified as more than one race on the 2010 census.

According to Pew’s statistics, 11% of Hispanics identify as multiracial.

Growing up, Rutland said, she felt social pressure to identify solely as Black. But in most instances when asked for her race, she checked as many boxes as applied or wrote in “Hispanic.”

Based on what she was told by others, Rutland was under the mistaken impression that she was legally required her to declare the race of her father.

The census for decades has not dictated how people were required to respond to questions of race. Similarly, Indiana law has been silent on the matter of how mixed-race people identify but has required since the mid-1990s any entity that collects racial information to include a multiracial category.

Pew estimates the “rate of growth” among people of mixed race is three times as fast as the population as a whole. According to the 2010 census, the number of people who identified as more than one race grew 32% from 2000 and is expected to increase 180% by 2050.

But many multiracial people, including Byrd, insist the increase is misleading. They say mixed-race people historically have been the rule rather than the exception resulting from centuries of conquest, exploration and migration around the world.

In the United States, researchers tie increases in the number of people who identify as multiracial to the 1967 U.S. Supreme Court Case Loving vs. the Commonwealth of Virginia, which struck down anti-miscegenation laws that prevented interracial marriage.

But some multiracial advocates say changes in social convention and access to ways to identify themselves on documents, such as the census, also may affect the perception of growth in the multiracial population.

And according to Pew’s study, 61% of Americans who have parents of two or more races still don’t identify as multiracial.

“When asked why they don’t identify as multiracial, about half (47%) say it’s because they look one race,” Pew’s report said. “An identical share say they were raised one race, while about four-in-ten (39%) say they closely identify with a single race.”

The lack of multiracial clarity owes also to disagreement over how far back people should trace their lineage to determine their racial identity.

No guidance is provided on the census, leaving people to self-identify as they choose and creating uncertainty about how many multiracial people there really are in the United States.

According to the Pew study, one in 10 mixed-race people report changing how they describe their race, with some going from monoracial to multiracial and others doing the opposite. Multiracial people, as often as not, identify with monoracial groups.

One of the most prevalent factors in any group identity is a shared fate or experience, such as that of African Americans, who actually descend from a variety of nations.

“Overall, the Pew Research survey finds that few multiracial adults think they have much in common with other mixed-race Americans — even those that share their racial background,” the report said.

But Byrd said technology, including websites and social media, may be changing some of that.

“It’s created an awareness. You can see that online, that multiracial people don’t have to identify solely as one,” he said.