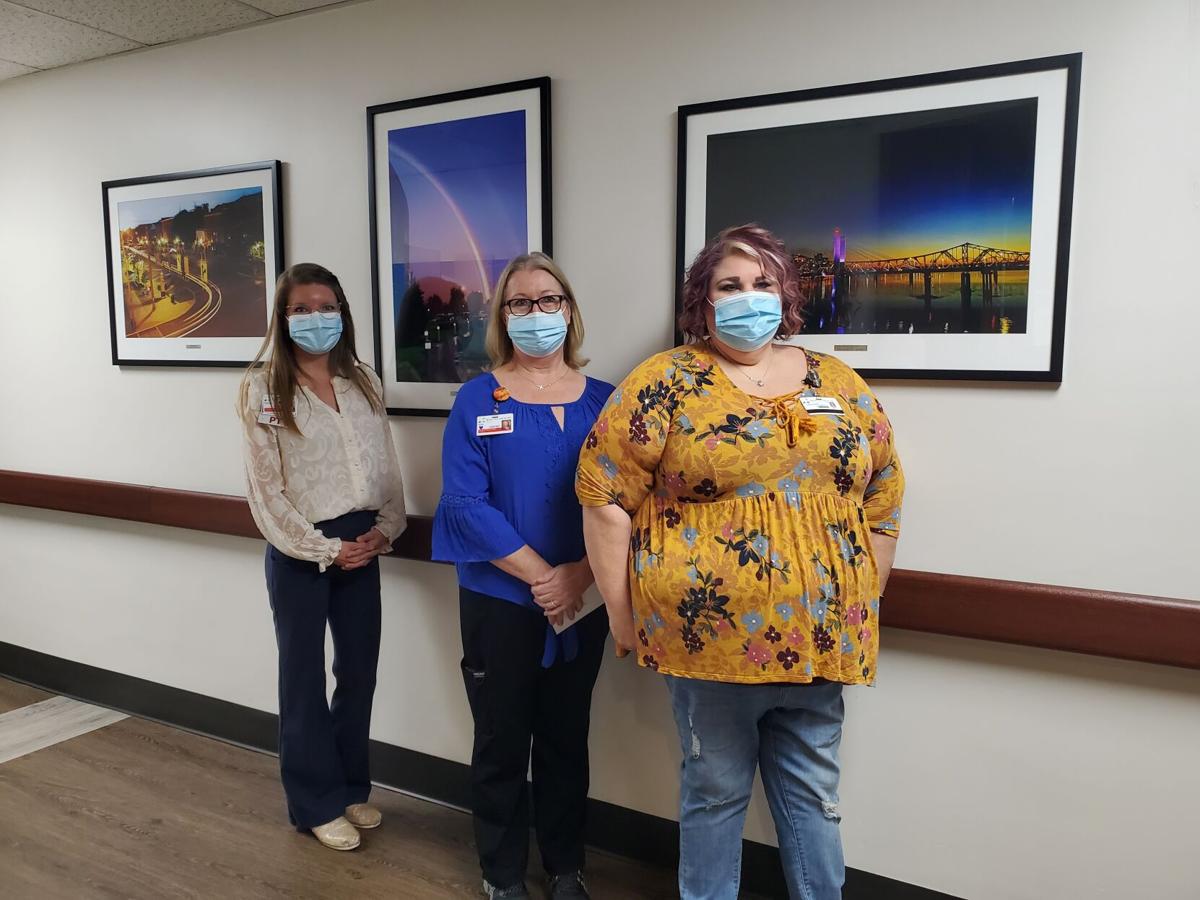 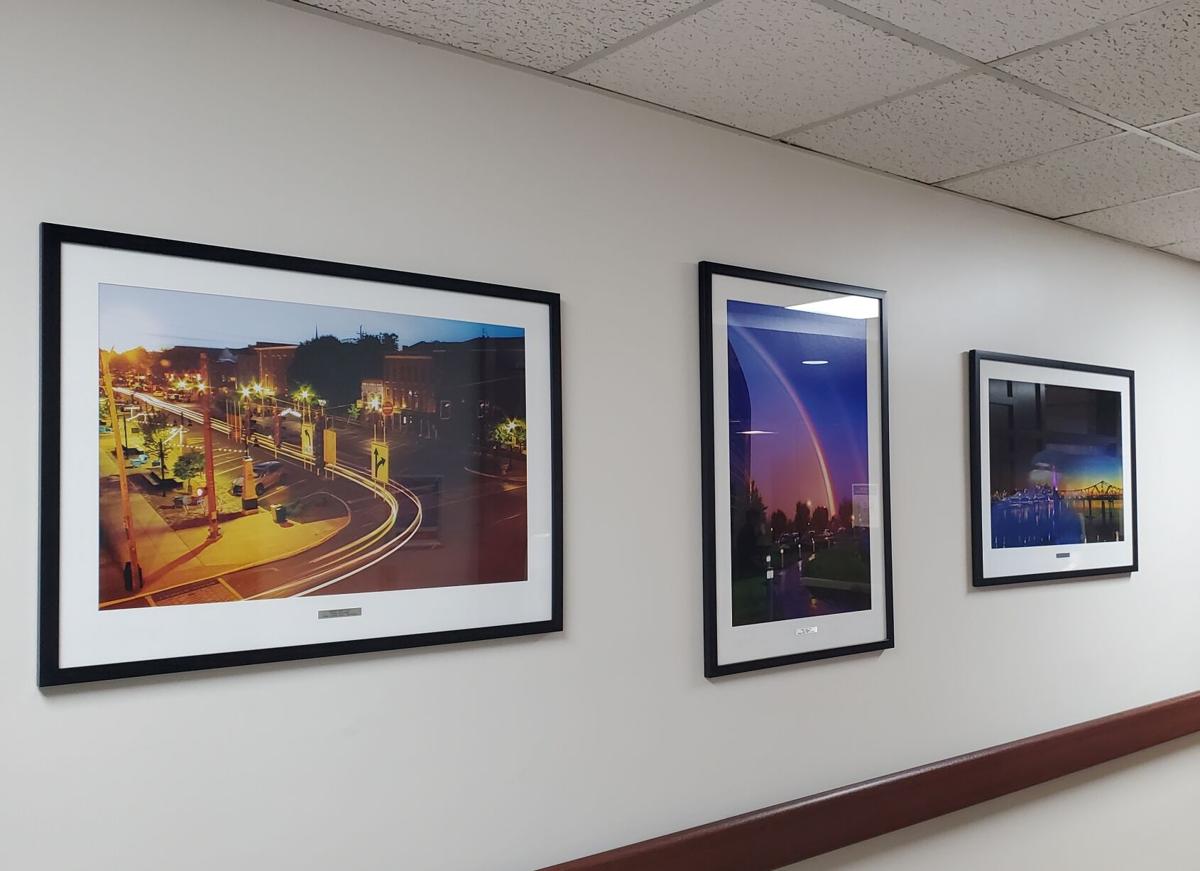 The three photos were voted on by hospital staff from 134 entries. The subject of the photo contest was local interests, including buildings, landscapes and landmarks.

NEW ALBANY — Three Baptist Health Floyd employees were recognized Wednesday as winners of a photo contest conducted by the hospital to create a sense of pride in its workers.

Second-place winner Shelby Schroeder loved the idea of the contest’s goal of putting art from within the hospital into the hallways.

“I feel like it instills pride in where we work and ownership of our hallways, and I wanted to contribute to that,” Schroeder said. “I want to work here for a long time so it will be really cool to just walk past a photo I took on the wall.”

When she learned of the contest’s guideline of submitting a photo within the hospital’s service area, she thought of her favorite places and thought of a place she loves downtown — Market Street.

“We used to live down there, and I’ve always thought the street lights were so pretty, so I wanted to do it there,” Schroeder said.

Though not a professional photographer, Schroeder said the art used to be one of her hobbies and she wanted to try a new technique for the photo competition. After having her husband drive around the city block 15 times, Schroeder was able to capture the lighted traffic trail as the sun began to rise.

While Schroeder specifically set out to capture her photo for the contest, first- and third-place winners already had their photos to submit.

Third-place winner Ava Ross said that she was walking along the Big Four Bridge with her daughter one evening when she took her landscape photo of the Lincoln and Kennedy bridges at sunset.

Snapping the photo with her phone, Ross said it just happened to be perfect timing.

The photo of first-place winner Joni Heishman also happened to be a serendipitous moment, after hearing from one of her patients that there was a rainbow outside.

Though she credits most of the work to God, Heishman said that many of her co-workers in the lab loved the photo and encouraged her to submit it to the competition.

“They’re most excited because I’m representing the lab. We work in the out-patient lab and to represent that is nice, because we’ve been working hard through COVID. So it’s nice to have some attention,” Heishman said.

Heishman took the photo on her cellphone, though she does have some experience in amateur photography from taking photos at a child-care service, weddings and for her daughter’s proms.

The double rainbow, captured in blue and purple skylight, hangs vertically on the wall outside of the hospital’s cafeteria, along with Schroeder’s and Ross’ images. Some of the other 134 entries from the contest will be hung around the hospital.