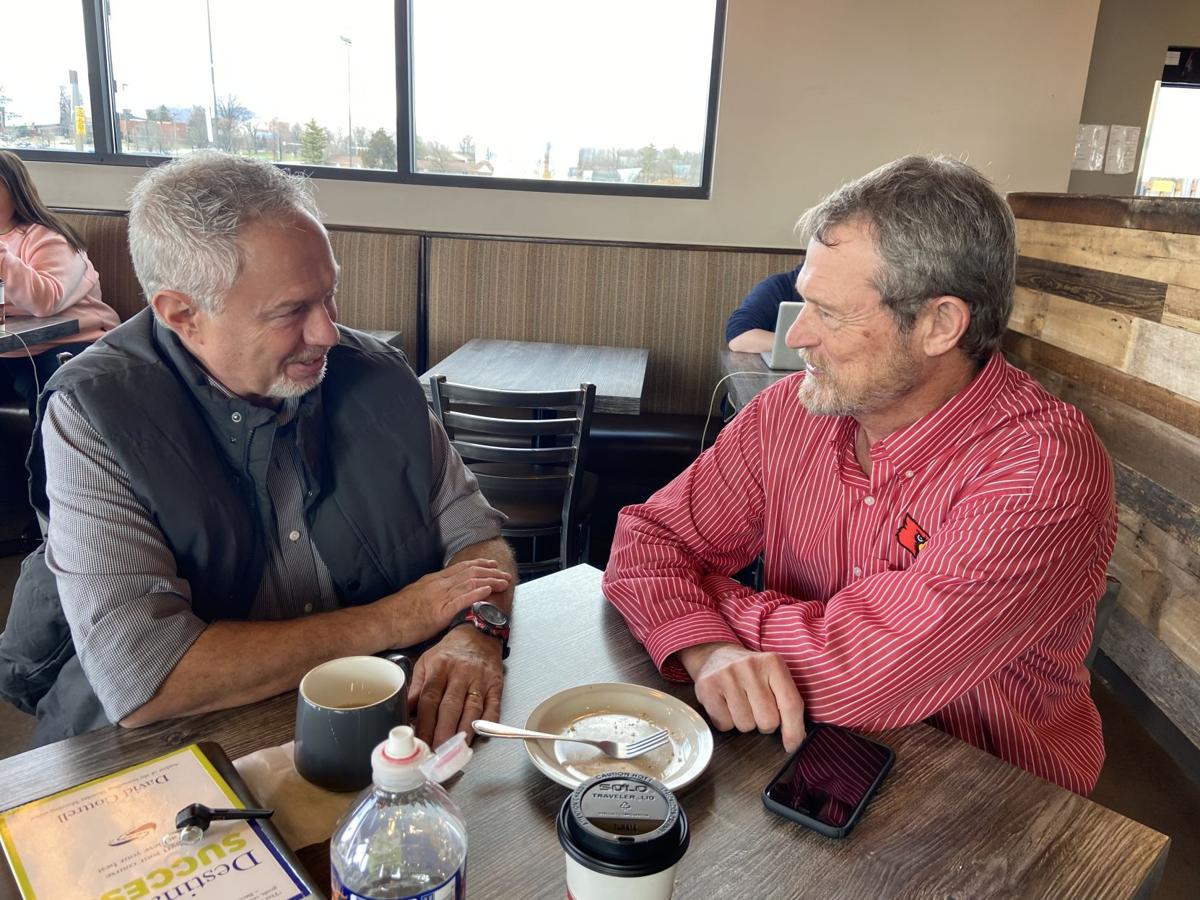 At 15 years old, Southern Indiana resident Jeff Napier was matched with mentor Bob Ballard through Big Brothers Big Sisters of Kentuckiana. About 45 years later, they still view each other as brothers. 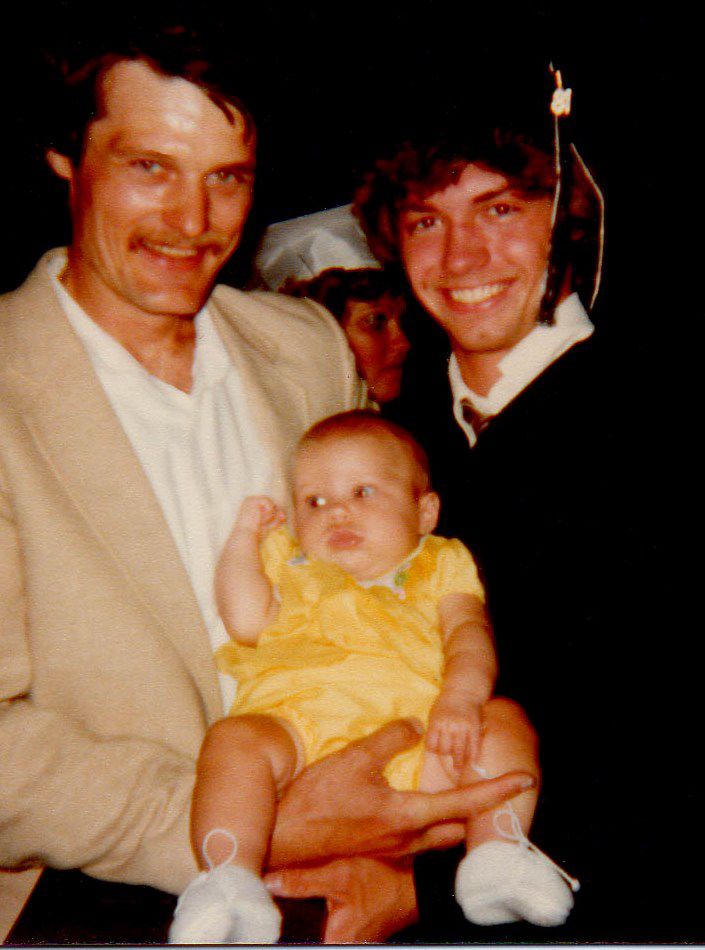 At 15 years old, Southern Indiana resident Jeff Napier was matched with mentor Bob Ballard through Big Brothers Big Sisters of Kentuckiana. About 45 years later, they still view each other as brothers.

SOUTHERN INDIANA — When Jeff Napier, 57, was matched with a mentor at age 13, he wasn't a fan of the idea, and he wanted nothing to do with it.

But it turned out to be a far different experience than he expected. About 45 years later, the Borden resident has maintained a lifelong bond with his "big brother," Bob Ballard, and their friendship has positively changed both of their lives.

In 1975, Napier was facing a troubled childhood. He had faced a traumatic experience with his father, who was physically abusive, and following his parents' divorce, he was living with his mother in a single-parent household. His mother decided to get him involved with Big Brothers Big Sisters of Kentuckiana, a nonprofit that provides one-to-one mentoring relationships between adult volunteers and youth in the community.

Decades after they were matched as a "little brother" and "big brother," Napier and Ballard still think of themselves as brothers, and they both have seen positive effects from the relationship launched by the match from the local nonprofit.

"I have no brothers or sisters, but I say ‘big brother,’ and most people think I have a real big brother, because that’s just the way I feel," Napier said. "It’s been awesome all the way through."

When he became involved with Big Brothers Big Sisters, Ballard, who is now 70 years old, was about 25 years old, and he was a social worker who was looking to put down roots in the area and help out in the community. At first, Napier was "freaked out" by the thought of being paired with a mentor.

He was a shy kid, and he was worried that having a mentor from Big Brothers Big Sisters would make him seem impoverished, he said. He was also thinking of the abusive experience he had faced with his father, and he was scared, since his experience with adult men had been so negative.

"I was so shy that I would fake illness to miss school if I had to talk in front of the class," he said. "So bringing some strange guy in…I was so embarrassed. I was ashamed, and I didn’t want anything to do with it. I said I wasn’t going to have anything to do with it, and mom let me know I was — just give him a try."

When he first met his mentor, Napier quickly started to feel comfortable around Ballard, who had a calming presence. Eventually, he began to trust him and build a friendship.

As the youngest of 13 siblings, Ballard was always the baby of the family, and he was happy to get a "little brother" through his relationship with Napier.

"The whole match thing really made me feel good about myself," Ballard said. "It was helping Jeff, but it was helping me, too."

They would meet about once a week to hang out, and Ballard would schedule a variety of activities, whether it was going cycling, visiting the fossil beds at the Falls of the Ohio or just spending time with his mentor as he completed tasks such as cleaning out his car. Napier was argumentative as a teenager, and his mentor would act as a mediator between Napier and his mother when he was frustrated or angry.

"He could probably tell me the same thing she was telling me, but in own language to where I could get it," Napier said.

At one point, Ballard loaned Napier money to buy a car, and he would give his "big brother" about $25 to $50 every couple of weeks until he paid off the loan.

"I would go have dinner with him and [his wife] at their house," Napier said. "They would cook me a nice dinner and I paid them $25 or $50 every two weeks until I paid the car off. And they fixed me a dinner that would have cost me that much money if I’d have gone out. It’s just another teaching moment, another thing to help me grow."

As his mentor, Ballard taught him many simple things that added up to a "monumental change," Napier said.

"He just thought of different ways to help me learn and grow," he said.

Napier's friendship with Ballard helped him break a "chain" of abuse and instability — Napier's father had been abused by his own father, he said, and many on his father's side of the family also faced a cycle of violence.

As he spent time with Ballard, Napier had a positive male role model who taught him important lessons about family, relationships and raising children. He observed his mentor's approach toward parenting, and that influence has carried with him throughout the years as he married and raised his kids.

Jeri Swinton, CEO of Big Brothers Big Sisters Kentuckiana, said the match and lasting friendship between Napier and Ballard highlights the power that positive mentorship has upon youth, and she has experienced many "littles" who have provided dramatically different lives for their own children after going through the mentoring program. She has also seen former "little brothers" or "little sisters" become mentors as adults.

"They will tell you that the reason they were able to do that is that they saw a different path because of their 'big brother' or 'big sister,' she said.

Ballard's wife, Mary, worked for Big Brothers Big Sisters for more than a decade, and his daughter, Sarah Ballard, now works as chief program officer for the nonprofit. Napier is like an uncle to her, she said, and she has been inspired by the story of her dad's relationship with his "little brother."

"[Napier] really feels like having a mentor is part of why he's alive," Sarah said. "And my dad was uncomfortable with that, like 'I didn't do that, I didn't do anything — I was just hanging out and being nice.' I'm like, 'that's the point, Dad. That's all it takes. Sometimes just hanging out and being nice does save a life or does make a lifelong impact in a way that can course-correct a lot of past trauma."

Even as Napier became an adult, their relationship never changed, he said, and they have remained connected over the decades. Sarah is like his niece, and he is happy to see her own role in the Big Brothers Big Sisters organization.

"He easily could have said, OK, I’ve done my part, have a good life," Napier said. "But we have not changed. We don’t spend much time together, because we both have our own lives, but our relationship has not changed, the feelings we’ve got for each other have not changed. After years and years, I’m still his 'little brother.'"

Ballard said it has always been easy being friends with his "little brother," and he didn't realize until years later how much of an affect his mentorship had upon Napier. Their friendship has played an important role in his own life, and he also sees him as part of his family.

"It was the most important thing that I had ever done in my life, certainly at that point — even to now, outside of getting married and having kids," he said. "It’s just been very satisfying."