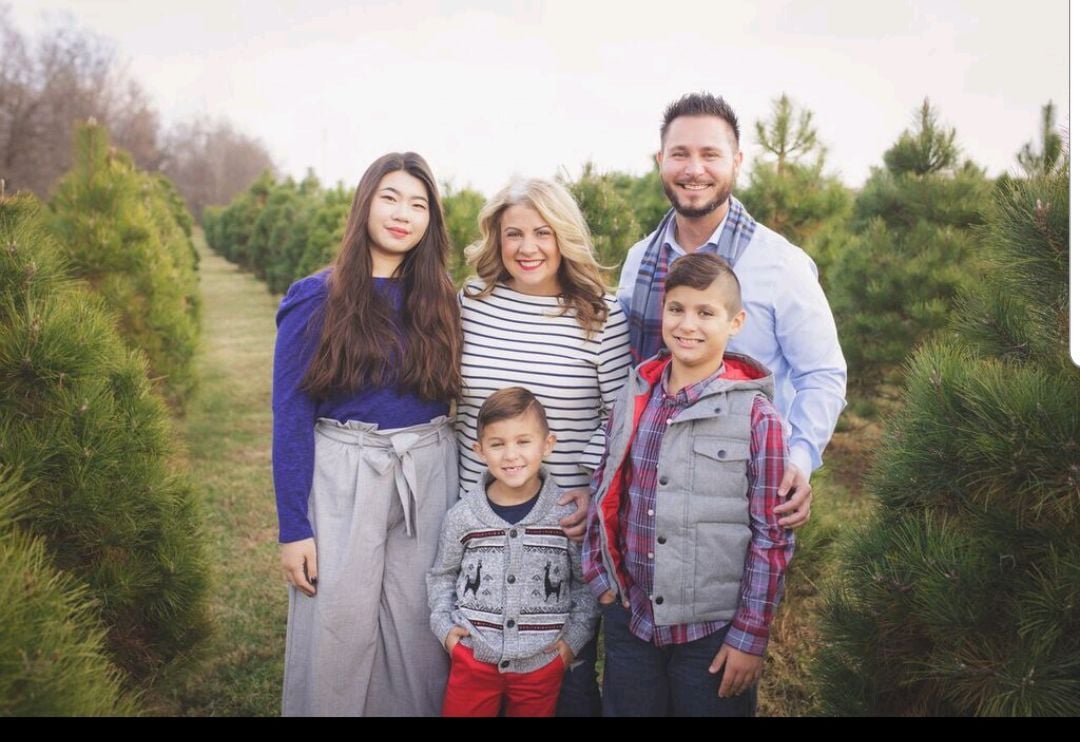 Mina Huang, an exchange student from Taiwan, has stayed with couple Brooke and Jason Arndt and their two children, Jackson and Blake, for the past 10 months. She attended Silver Creek High School this year. 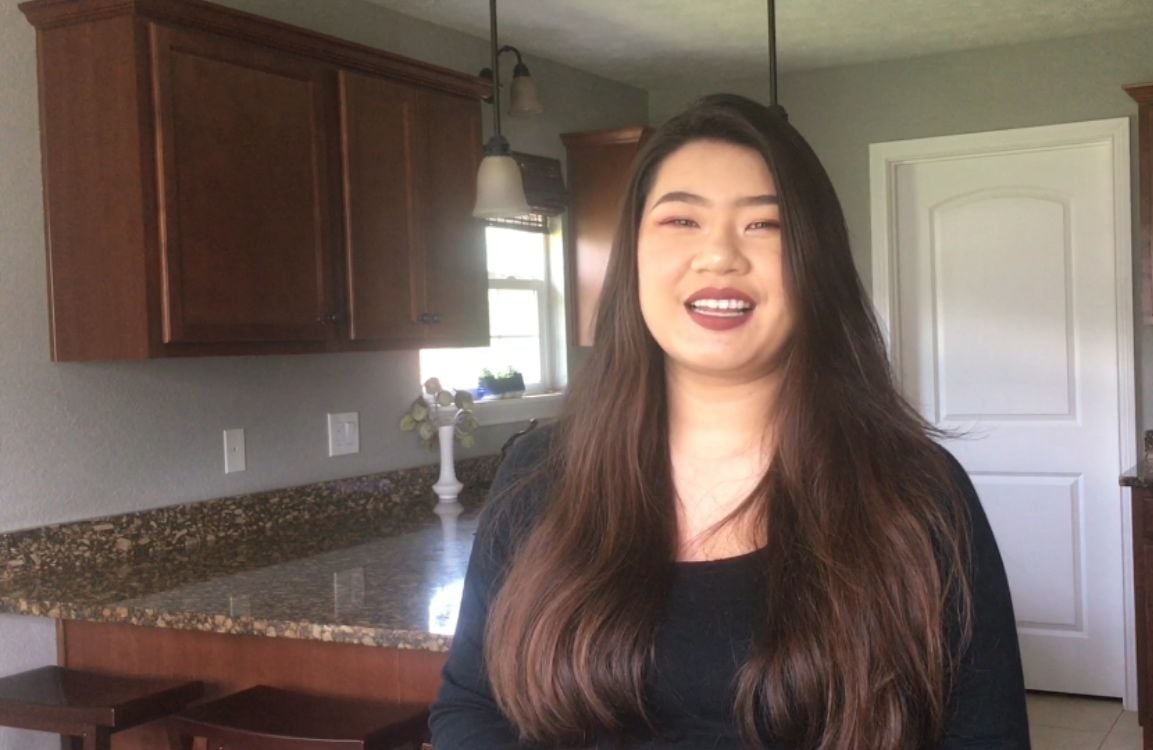 Exchange student Mina Huang, who is from Taiwan, has attended Silver Creek High School and lived with a host family in Sellersburg for 10 months. She will return home in early June. 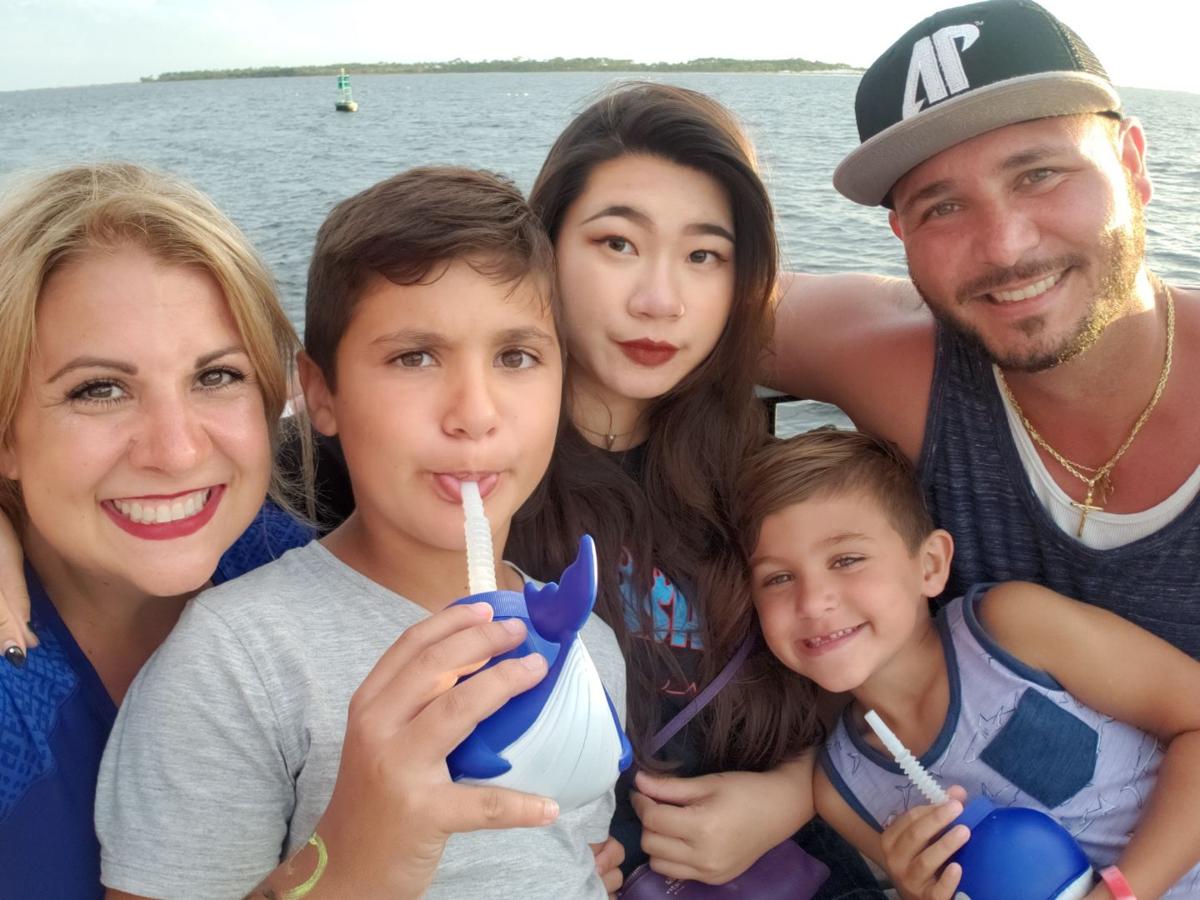 Over the past 10 months, Taiwanese exchange student Mina Huang has become close to her Sellersburg host family, which includes couple Brooke and Jason Arndt and their two children, Jackson and Blake. They have taken vacations together to places such as Destin, Florida.

Mina Huang, an exchange student from Taiwan, has stayed with couple Brooke and Jason Arndt and their two children, Jackson and Blake, for the past 10 months. She attended Silver Creek High School this year.

Exchange student Mina Huang, who is from Taiwan, has attended Silver Creek High School and lived with a host family in Sellersburg for 10 months. She will return home in early June.

Over the past 10 months, Taiwanese exchange student Mina Huang has become close to her Sellersburg host family, which includes couple Brooke and Jason Arndt and their two children, Jackson and Blake. They have taken vacations together to places such as Destin, Florida.

CLARK COUNTY — For student Mina Huang, the past academic year has been an education in a variety of ways.

She traveled from her home in Taiwan about 10 months ago to attend Silver Creek High School and live with a host family in Sellersburg. For the past year, she has been introduced to a different culture and a different kind of school environment — and she found new friends and a second family along the way.

Huang is one of the international students who will soon return to their home country after attending local high schools in Southern Indiana. She is participating in the cultural exchange through Education First, the country's leading high school exchange program.

Megan Stofer, a local coordinator for the high school exchange program, said both schools went above and beyond in welcoming the exchange students, whether it was making sure they were included in school sports or helping them understand material, and they helped both exchange and American students to learn about other cultures. She plans to present the awards to the schools Wednesday.

She said Silver Creek and Charlestown are allowing exchange students to walk at graduation, even if they are not actually graduating from the schools. However, Italian exchange student Adriana Maggiora Vergano, who is from Rome, will not only walk at Silver Creek's graduation ceremony on June 2 — she will also receive an American diploma.

"That was a really big dream of hers, and something she really wanted to accomplish," Stofer said. "They worked so hard to make sure that could happen for her and that she could graduate with a diploma, including setting up independent study courses for her so she could take extra courses on her own."

Vergano said she was excited and scared when she came to the United States, and she experienced some culture shock going from Rome to Sellersburg. While it was difficult being away from her friends and family, she became close with her new friends and host family.

Although she is happy to return home, it now seems like 10 months was not enough, she said.

"School was good because everybody was interested in me, and everyone was asking questions," Vergano said. "They were like, 'oh my gosh, that's so cool that you speak more than one language' ... I think that people are caring and nice to you because they know that its hard jumping in your senior year and going away for a year."

She played basketball and tennis at Silver Creek, and she enjoyed the school's focus on extracurricular programs. Her school in Rome is primarily focused on academics, and it does not offer as many after-school activities, she said.

Vergano said her teachers and counselors were ready to help as she pursued her diploma, and she transferred her credits from Italy to Silver Creek. The year counts as her fourth year of high school in Italy, and since she is graduating this year, she hopes to start college in Europe next year. She eventually wants to attend medical school.

Huang said she was nervous when she first started her junior year at Silver Creek, and it took some time to adjust to the many differences from her school in Taiwan. As she became immersed in another culture in another country, she learned to become more independent.

Many aspects of Silver Creek were similar to what she had seen of American public schools in television shows, including the lockers and changing class periods. In Taiwan, however, she only has one main teacher, and school days last from 7 a.m. to 5 p.m. (with nap-time in between).

"When I [came to Silver Creek], I feel so relaxed," she said. "It's more laid-back and different."

She said Silver Creek has been a welcoming environment — her fellow students were interested in learning about her culture, and they would ask her to teach them words in Chinese. She said her teachers have also made sure she felt comfortable at the school, and they both helped her when she had questions and expressed interest in the school system in Taiwan.

Her understanding of English has significantly improved over the past year in the United States, including her understanding of slang. She has also made friends at Silver Creek, particularly when she joined the school's winter guard program.

"All the teammates wanted to help me and joke around," she said, "I just [had] so much fun there."

Although she still has another year of high school, Huang will walk in Silver Creek's graduation, and she is excited to wear a cap and gown. She will return to Taiwan on June 11 and complete her third year of high school — her junior year at Silver Creek does not count for credits in Taiwan, so she took a year off school for the exchange.

Exchange student Malena Gioia Rodriguez, who is from Spain, has been attending Charlestown High School for the past academic year, and she has stayed with a family in Charlestown and with Stofer's family in Sellersburg. She participated in the Education First program in order to grow as a person — after a year in the United States, she definitely feels more independent, she said.

"The feeling that I got in Spain was that I was in a bubble," she said. "Every day was the same, and my mind didn't understand life outside the country. I wanted to be more independent and open-minded."

It has been bittersweet knowing that she will soon return to Spain, Rodriguez said. She looks forward to seeing her family and old friends, but she is sad to leave her host family and her friends from Charlestown High School.

Rodriguez said she felt welcomed at the school, and she made friends through the extracurricular organizations she joined, including tennis and the Young Democrats club. It is much easier to cross communication barriers when people share a passion and common interests, she said, and she wishes she had become involved with activities even earlier in the academic year.

Sellersburg resident Brooke Arndt, her husband and their two kids have been Huang's host family for the past 10 months. It was their first time hosting an exchange student, and it has been life-changing as they have formed relationships with Huang and learned about each other's cultures.

"It’s been a really cool experience," Arndt said. "I mean, Mina will be in our life forever now. This is something that I think everyone should do at least once — for your whole family and for the exchange student opportunity."

Huang said she loves staying with her host family, and she is a bit heartbroken to leave in June. The Arndt's two kids are like brothers to her, she said, and her experience has inspired her to spend even more time with her family back home.

She has particularly enjoyed celebrating holidays such as Halloween, Thanksgiving and Christmas with the Arndts, and she hopes to introduce some of those traditions to her family in Taiwan, including opening Christmas presents or making a Thanksgiving dinner.

Stofer hopes to see additional families host exchange students in the area. She is currently placing students for the 2019-20 school year, and she has already placed 14 kids at local high schools.

"It’s something I really, really truly believe in doing," Stofer said. "It’s really important for making our world a kinder, more tolerant place, because when you know somebody, your viewpoint of people like them is different — when you really have that exchange and get to understand each other."