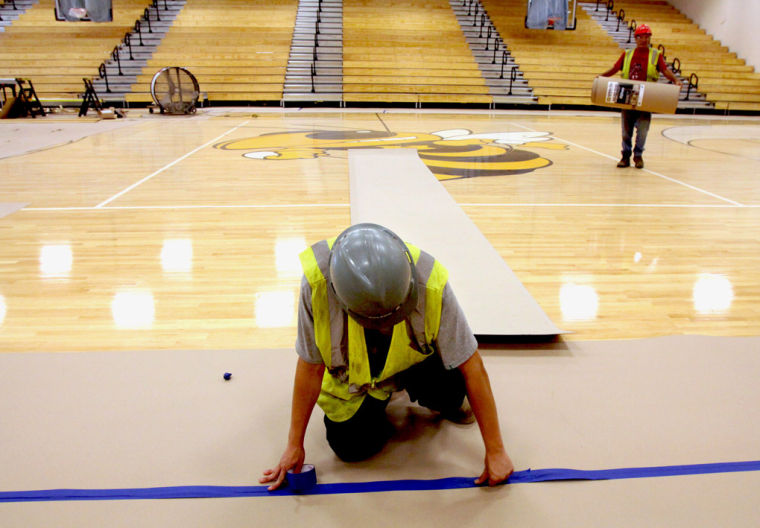 Workers put down protective paper in the rebuilt Furnish Gymnasium as work comes to a close on the Henryville schools. 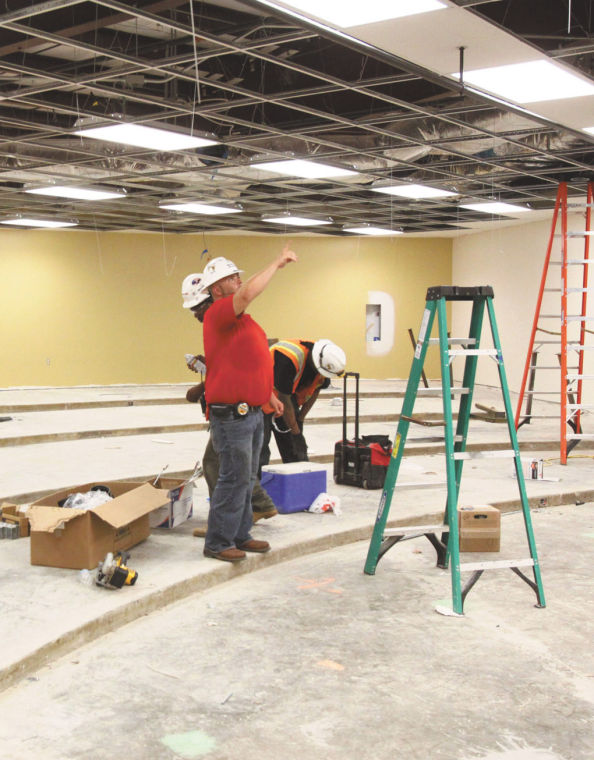 The media center at Henryville High School was destroyed by a tornado March 2. 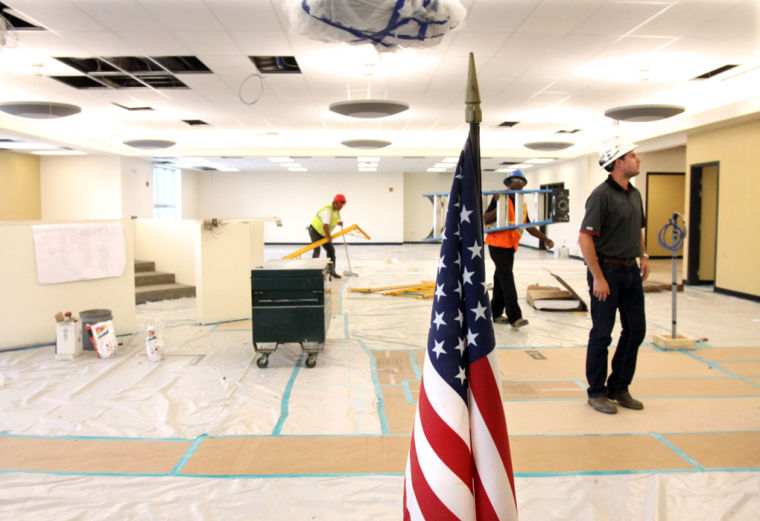 Work is nearly finished in the library at Henryville High School. The library was destroyed by a tornado March 2. 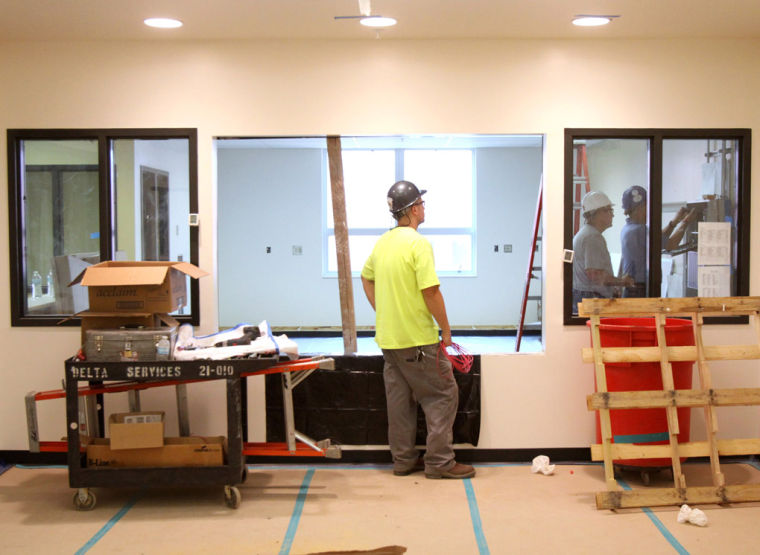 The main office at Henryvile High School is nearly complete after being heavily damaged by a tornado March 2. The rebuilding process of the schools is 95 percent complete.

Workers put down protective paper in the rebuilt Furnish Gymnasium as work comes to a close on the Henryville schools.

The media center at Henryville High School was destroyed by a tornado March 2.

Work is nearly finished in the library at Henryville High School. The library was destroyed by a tornado March 2.

The main office at Henryvile High School is nearly complete after being heavily damaged by a tornado March 2. The rebuilding process of the schools is 95 percent complete.

It’s hard to imagine a disaster happened at all.

Four months after a tornado ripped the Henryville schools wide open, the site looks more like a new construction project. The classrooms and hallways are bright, some with furniture awaiting placement.

Kurt Boylan, one of six project managers for Belfor — the company working on the rebuild — said his teams are well within reach of completing the school by Aug. 1, giving teachers some time to move in before school starts just six days later.

“With most other construction companies, this project would have taken a year or longer by the time they hired contractors and brought in equipment,” Boylan said.

Belfor worked a similar situation in Ringgold, Ga., in April of 2011. They had to rebuild three separate school campuses.

John Reed, the district’s assistant superintendent, said there was no way he would have believed the project could have been completed so quickly.

“My guess would have been, looking at it from the building, we were looking at least a year before we could get back into that building, and I thought that was ambitious,” Reed said. “I really don’t know how they did it.”

Boylan said he and the other project managers had different contractors working on top of each other. Carpet layers had to work in tandem with painters and electricians. He said because of that, the work was done a lot faster.

Reed said in his work with other school districts, he knows how tedious some construction projects can be.

“I’ve been through several building projects. I have a lot of experience in this area,” Reed said. “It’s mind-boggling to me how Belfor has taken all these companies and different groups to get this project to come together. I can’t say enough about their ability to organize and to coordinate a project and get it done in a very short amount of time.”

Now, Boylan said the project is about 95 percent finished, with just some of the interior finishes to complete and landscaping outside.

Troy Albert, principal of Henryville High School, said he’s been to the campus a few times since repairs began. He said there’s something different every time he visits.

“I’ve been a part of the design process, so it’s nice to see it completed,” Albert said. “It amazes me every time I go up there with the changes that have taken place. The changes to the building itself are very minimal.”

Boylan said the structure itself hasn’t changed. The building’s footprint is the same, but some differences might get some attention as students and teachers move back in.

But in one area that was completely torn open is a place Reed said he’s really excited to see revitalized.

“The biggest thing I’m most proud of is the gym,” Reed said. “A lot of basketball coaches would kill for it.”

The floor is now laid with specially treated maple and illuminated with more efficient, brighter lights. At half court, a large hornet takes the center stage.

But the themes in the halls and classrooms are more uniformed. Some of the lockers have Henryville black and gold on them.

Albert said he’s glad to see more consistency in the interior design of the school.

“When I first got the job five years ago, the halls were dark because of the color of the paint,” Albert said. “I think they’ll see it all the way through the building now instead of just certain hallways. It also makes it a little more safe.”

But the building also has a uniform Internet connectivity system, heating and air conditioning and one roof instead of several broken up by the additions over the years.

Reed said with a completed school and all the students back under one roof, they might feel like everything’s beginning to fall back into place.

“I think it’s a different type of normalcy,” Reed said. “There’s no way around that. I think it’s going to help the community and the kids in understanding several things — that people do care about them, things do get restored and life does go on.”

New Albany Floyd County Schools are taking steps to promote diversity and inclusivity through providing multicultural crayons and markers. More details are at the :50 mark.