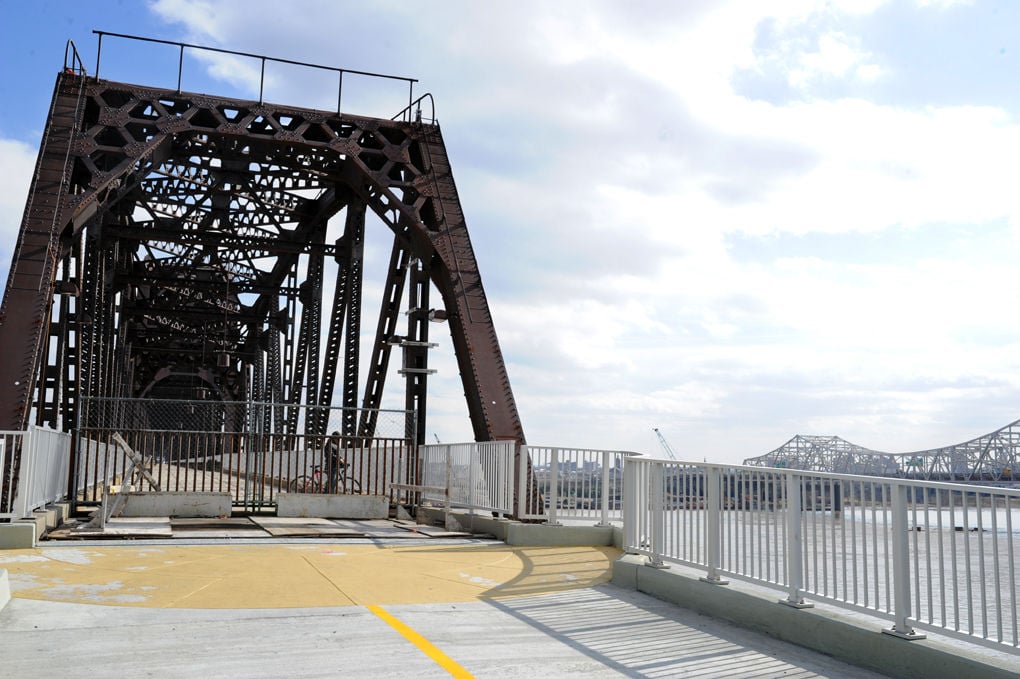 The Big Four Bridge is pictured in this 2014 file photo. 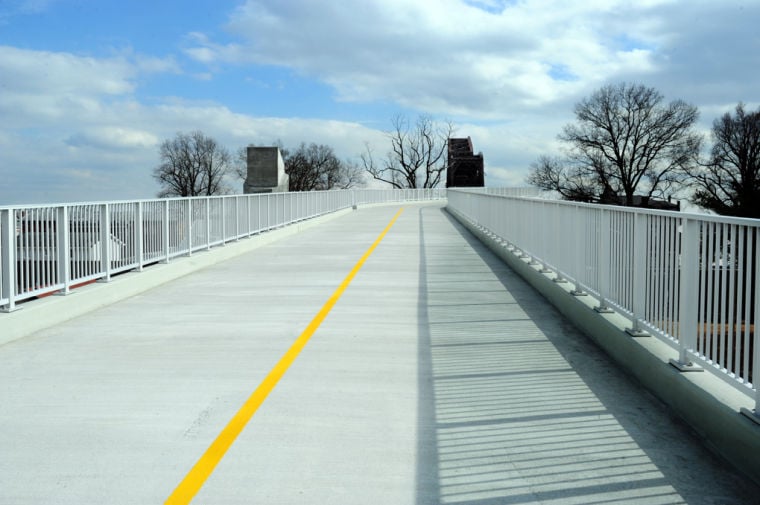 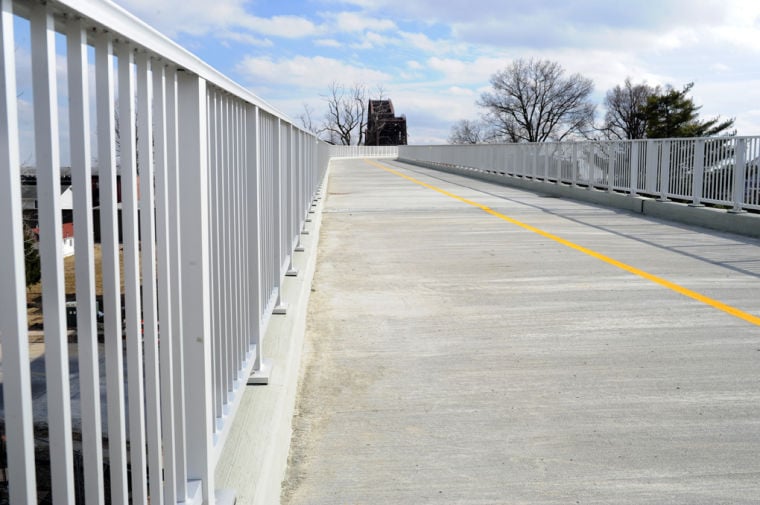 The Big Four Bridge is pictured in this 2014 file photo.

The final touches are being made on the Big Four pedestrian and bicycling bridge, with the most recent opening date slated for mid-to-late May.

Andy Crouch, Jeffersonville city engineer, said the installment of lights along the bridge’s guardrails along the ramp is the only thing holding back the bridge’s opening to the Indiana side. He said the designs have been sent, and the city is now waiting for the rails to be manufactured and delivered in about six to eight weeks. He said installation should take about three weeks.

This newly quoted May date is more than a year later than the city’s original April 2013 opening — a year that has seen more than 500,000 pedestrians and 75,000 cyclists access the Louisville side since last February.

“As you can imagine, far far exceeding anything we could have hoped for,” David Karem, president of Louisville Waterfront Park, said of the traffic.

Despite these missed opportunities for Jeffersonville, Mayor Mike Moore said he continues to look forward to its opening.

“Obviously we would have loved to have been open last summer ...” Moore said. “I’m an optimist. I don’t dwell on the negative and I don’t look behind me.

“What’s done is done, and Jeffersonville is a few months away from having just an explosion of new dollars and new people coming into our city, and I couldn’t be more excited about it,” he said.

Now that guardrails are in place, the last remaining detail is the installation of custom-made and fitted LED lights that will be embedded in partially transparent handrails.

Because 80 percent of the $8.5 million Indiana side of the project is being paid for with federal funds, the handrails must comply with rules set by the Americans with Disabilities Act.

A contract bid for the handrails with lights inside was awarded last June for $1.1 million with Hummel Electric Inc. and was a compromise between the city and the Jeffersonville Historic District. These lights will have a more ambient glow and won’t shine into the homes of those living in the historic district.

“The handrailing has to be very precise in terms of its specifications,” said Will Wingfield, spokesperson for the Indiana Department of Transportation. “They couldn’t really be designed until the railings were installed and the precise sizes were known.”

The installation of the lights have been delayed because of a few logistical reasons. Wingfield said INDOT had to wait until the original contract with Gohmann Asphalt & Construction ended before the new contract with Hummel could begin.

Hummel is only responsible for the installation of the lights. Wade Hummel, president of the electric company, would not give the name of the manufacturers but did confirm that a mid-to-late May date was in line with its schedule.

Crouch also said many pieces had to be put into place first, including the deck, the guardrails and electrical conduits. Only after those components were finished — which was around last year — could contractors make measurements and designs for the handrails and lights that could then be sent to manufacturers.

He said the timeline Hummel has quoted doesn’t sound unreasonable.

“That doesn’t surprise me at all,” Crouch said. “This isn’t like going to Lowe’s or Home Depot. Everything is custom-made, and it just takes a while.”

Crouch said a specific date probably won’t be decided until a week or two before the actual opening. Once the handrails are installed, INDOT will have to make inspections to ensure they are up to code. If they find anything that isn’t, a list must be given to contractors, those problems must be addressed and then another final inspection must be conducted.

Crouch said even if the state wasn’t involved, the process would still be just as long.

“We would do everything the same way,” he said.

In addition to a change in lighting plans, the city has faced other delays, as well.

A design flaw in steel box girders, which are the supports underneath the concrete deck of the ramp, caused a change in plans. After the girders were installed, the steel sagged more than expected, and a temporary support had to be put in.

The guardrailings, which are roughly four feet tall and line the sides of the ramp, also took longer than expected to install.

City and state officials cannot agree on where the responsibilities for these delays lie.

Wingfield said the project is owned by the City of Jeffersonville — despite INDOT having a hand in it — but Moore disagreed.

“We are not the boss of the contractors,” Moore said. “It’s the state of Indiana. Nothing can be done unless Indiana says so.”

Determining who’s responsible aside, when the bridge does open up, Matthew McMahan, owner of Big Four Burgers and Beer on Spring Street, said he predicts a huge impact on businesses. He predicts it will come from the sheer number of people coming from the Louisville side, or Jeffersonville residents walking the bridge and back who decide to have dinner downtown.

“I’ve been a big fan on the bridge. I can’t even imagine how much its going to impact whenever that side opens,” he said. “...We’re definitely banking on getting that crowd, but it hasn’t been detrimental that it hasn’t been open.”

Moore said Indiana has a more ideal situation because of the many businesses both new and old that await at the foot of the bridge, in comparison with the small handful of restaurants on the Louisville side.

“To me, you couldn’t have a bigger contrast,” he said.

Karem said Indiana has a better deal in terms of commercial opportunities.

“We did think that in a way, Indiana would be a significant benefactor from [the bridge] because from our side, [we have] land in an 85-acre park, and there’s one restaurant,” Karem said. “Go over on the Indiana side, you all have several riverfront restaurants right there.”

Despite differences in the Indiana and Kentucky landings, Karem said the bridge itself is quite a sight to see.

“It’s reminiscent to me of a Gothic cathedral,” he said. “All of the structure is just really handsome. I think people marvel at it.”

In today's newscast hear from Silver Creek football players ahead of the upcoming season and local coffee shops are raising awareness of homelessness.