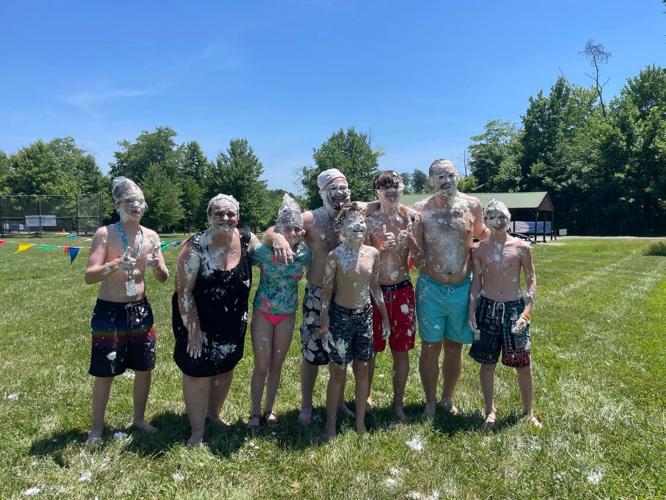 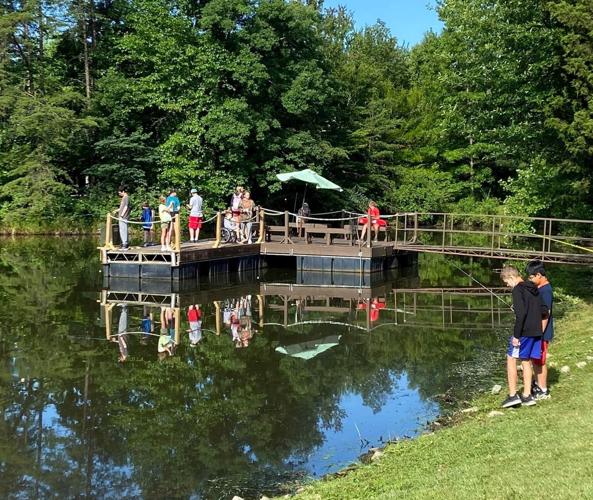 Camp Quality Kentuckiana provides a space for kids dealing with cancer to come together and live their lives like kids. 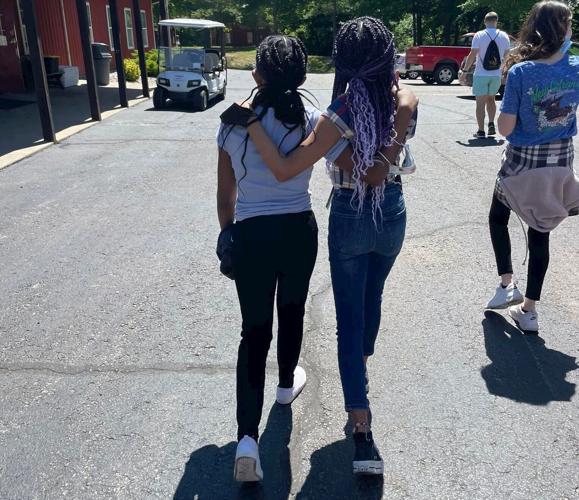 Two friends walk side by side at the 2022 Camp Quality Kentuckiana, taking place at a lake in Underwood.

Camp Quality Kentuckiana provides a space for kids dealing with cancer to come together and live their lives like kids.

Two friends walk side by side at the 2022 Camp Quality Kentuckiana, taking place at a lake in Underwood.

A group of about 50 kids dealing with cancer in various ways took off on June 19 to a lake in Underwood for a week of camp activities.

While the kids look forward to the different activities, Bobbitt said that the camp is about more than just making s’mores and fishing.

“This is community-building, this is confidence-building. It sounds cliche but this is a big family,” he said.

The week of camp, which Bobbitt referred to as the Superbowl of Camp Quality, is a time for kids dealing with cancer to bond and relate with one another.

Each camper, who range in age from five to 17, is partnered with a companion, an older mentor. During the week the pairs will come together for meals, campfires, fireworks, arts and crafts, zip lining, a talent show and a number of other camp activities.

Charlie Cecil, 17, is spending his sixth year as a camper at Camp Quality. Each year Cecil said he looks forward to the lake, the ropes course and hanging out and talking with his friends.

Six years ago, Cecil said he remembers his parents talking about him going to the camp.

“I didn’t really want to go at first because I was sick, I really didn’t feel like doing much of anything but they convinced me to go,” he said.

Cecil said he ended up enjoying himself so much he decided to come back each year afterward. Not only was he persuaded by the fun activities, but Cecil also came to know many friends.

“I had some social anxiety, and I think kind of more so after I was sick because I was in the hospital all the time. I wasn’t really in school and with friends a lot,” he said.

The camp gave Cecil the opportunity to meet people in a similar situation to his and overcome the challenges of social anxiety.

“Here it’s like everyone understands everybody, and everybody is nice to everyone,” Cecil said.

Bobbitt said that he often hears conversations happening that could only happen between people dealing with cancer.

“The other day I’m riding by one of the cabins and all the older campers are just sharing stories about their chemo cravings and what they craved when they were going through it. What other camp would you hear that at?” Bobbitt said.

Starting as a companion six years ago before moving on to be a team lead for the last two years, Caitlin Brock, 25, said she loves listening to the campers’ stories.

“My favorite part about coming back is probably seeing the campers, just listening to their stories. Their courage and bravery and their perspective on life is just so positive and uplifting that it makes you not take the little things for granted any more and just have a good time,” she said.

While this understanding of dealing with cancer is important for the campers, Bobbitt noted that it is not the main goal of the camp.

“The goal here is for them to just throw a pie in someone’s face, go play basketball and jump in the lake and not worry about all the stuff,” he said.

Typically hosting 100 kids at the camp, the number of campers was halved this year due to COVID-19 protocols, according to Bobbitt. This is the first year the camp has resumed in-person since the start of the pandemic.

The last two years Camp Quality had a virtual program and while it was well attended, Bobbitt said there is so much excited energy from the kids to be back in-person.

In order to provide a safe environment for kids dealing with cancer, many of whom are immunocompromised, Bobbitt said that they are taking the virus seriously.

The campers are separated into groups to limit potential spread of COVID-19, masks are required indoors and vaccination is required unless a doctor has stated that there is a medical reason not to vaccinate.

Though the nonprofit’s big event is the week of camp, Bobbitt said that the name Camp Quality can be misleading as they do so much more.

Throughout the year, Camp Quality works to create a community of families who have children dealing with cancer. Volunteers and workers with Camp Quality do programming like taking meals to families at Norton Children’s Hospital, spending a day at a Louisville Bats game or having a big reunion dinner.

“We have this network of families who have gone through it so when there’s a new family who should never have to go through this but in the event that they do, well now they’ve got a 200-person network essentially,” Bobbitt said.

The creation of this network is organic, Bobbitt said, with relationships naturally forming in the spaces where Camp Quality brings these families together.

The programs are all free for the families, thanks to the fundraising the nonprofit does all year.

“We’re so fortunate that Southern Indiana community and Kentuckiana, they rally behind these kids,” Bobbitt said.

A few of the groups that support the nonprofit year after year include New Albany High School theater and ROTC, Caesar’s Foundation and Floyd Memorial Foundation.