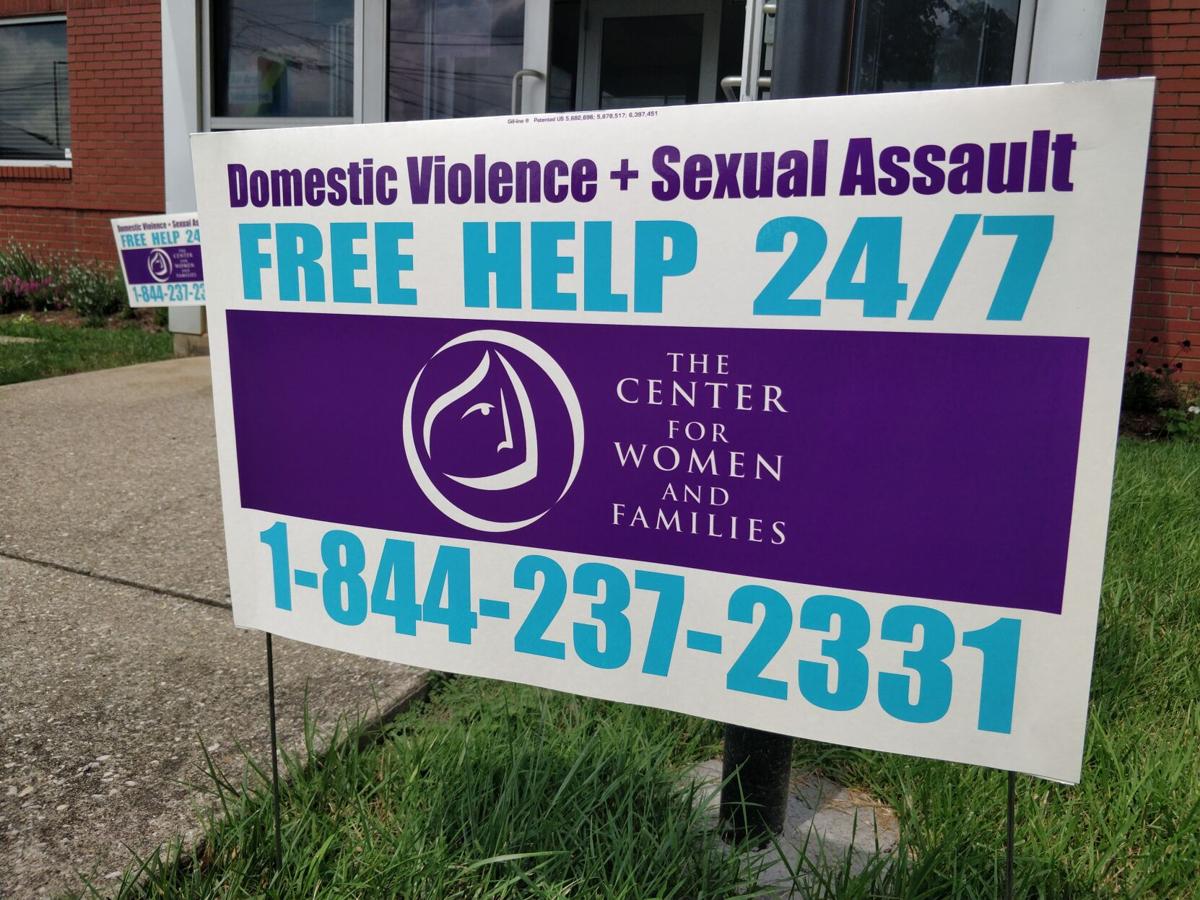 The Center for Women and Families Southern Indiana location is now at 1301 Akers Ave., Jeffersonville, behind Clark Memorial Health. 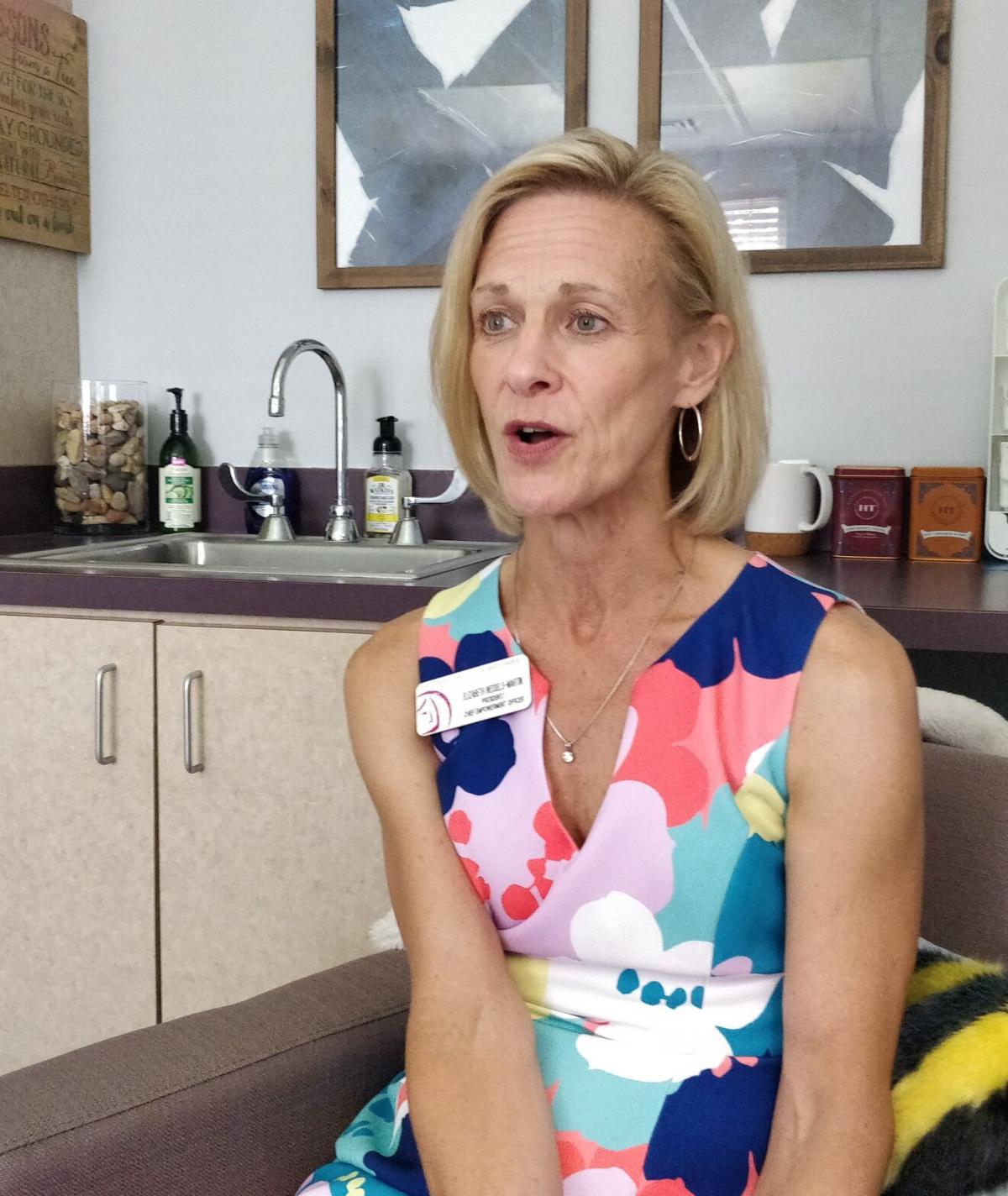 Elizabeth Wessels-Martin, CEO at the Center for Women and Families, said the organization has started a focus to help clients experiencing abuse before it reaches critical stages. 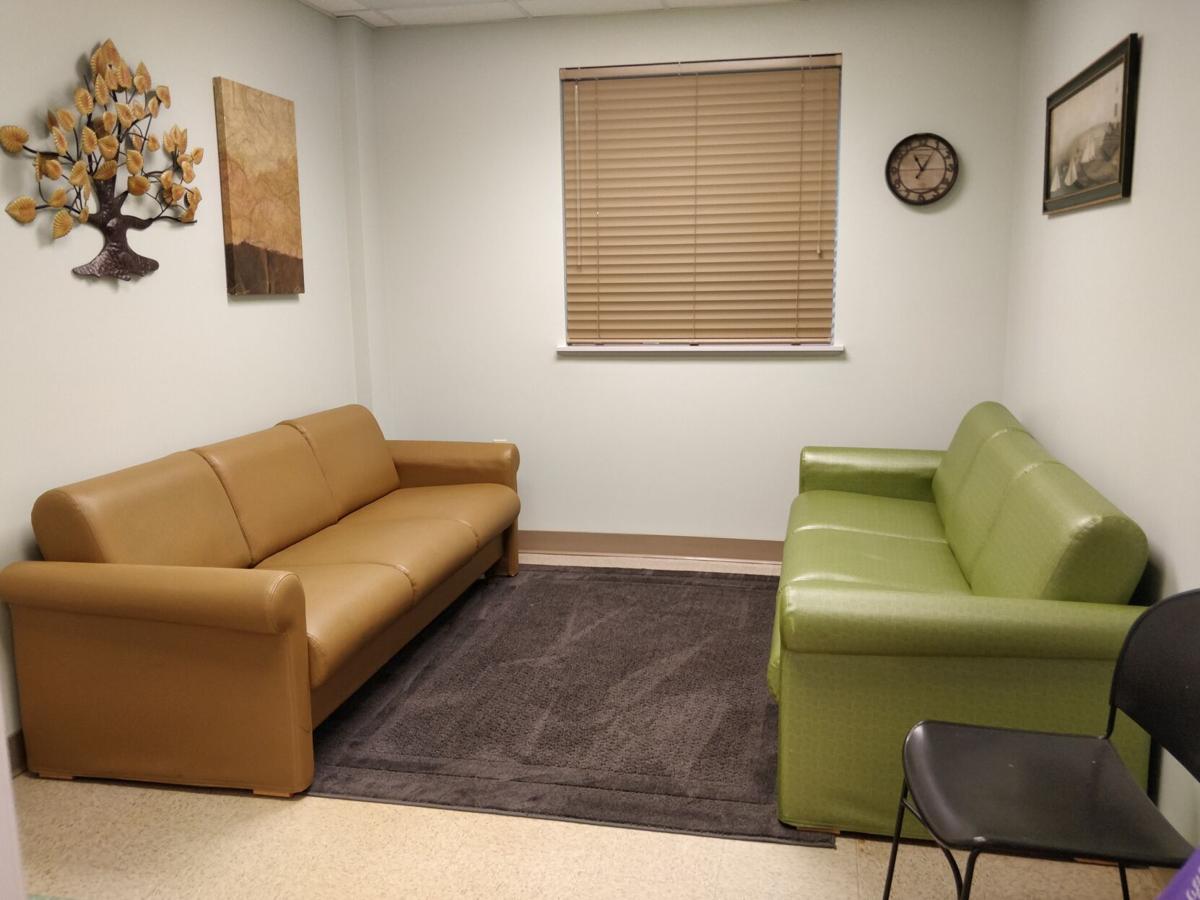 The group therapy room at the new Center for Women and Families location at 1301 Akers Ave., Jeffersonville. 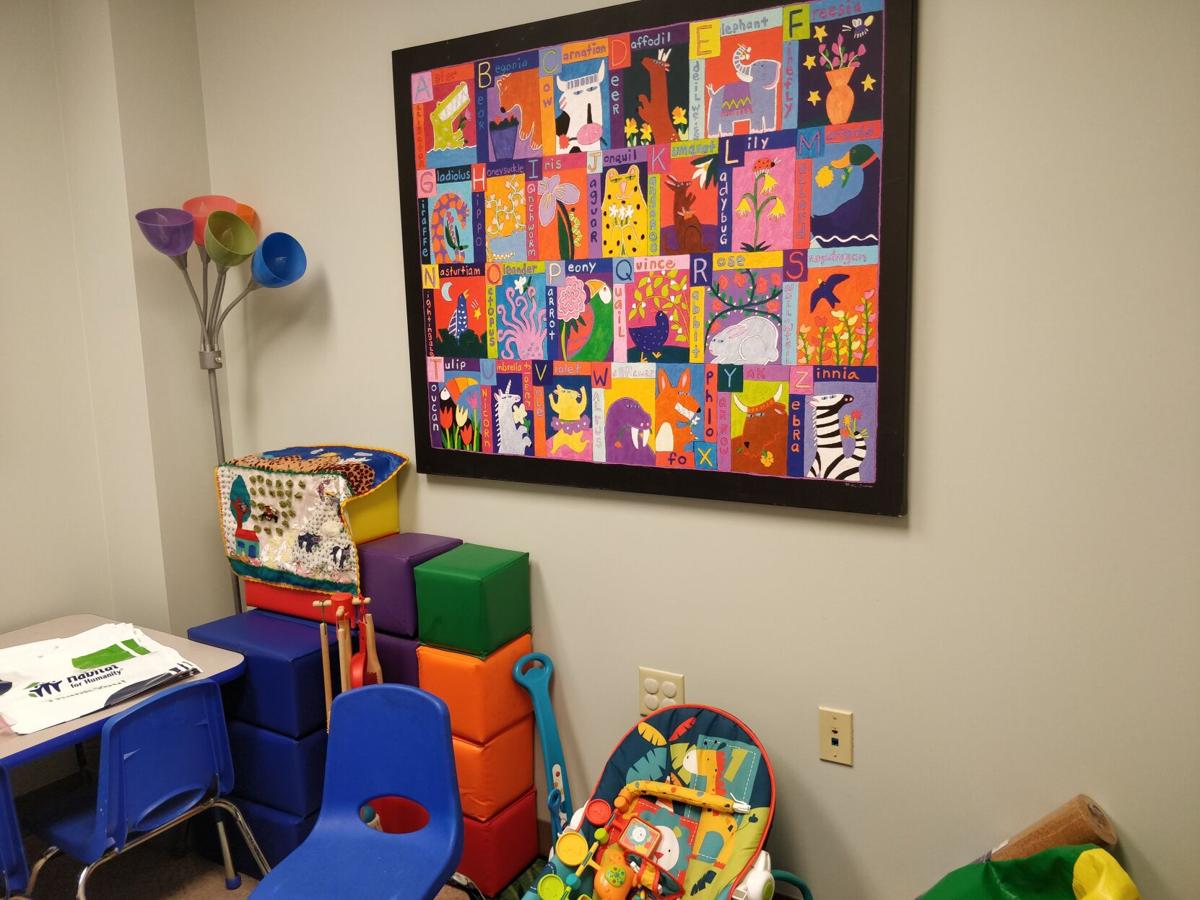 One of the rooms for meeting with families and children at the new Center for Women and Families location at 1301 Akers Ave., Jeffersonville.

The Center for Women and Families Southern Indiana location is now at 1301 Akers Ave., Jeffersonville, behind Clark Memorial Health.

Elizabeth Wessels-Martin, CEO at the Center for Women and Families, said the organization has started a focus to help clients experiencing abuse before it reaches critical stages.

The group therapy room at the new Center for Women and Families location at 1301 Akers Ave., Jeffersonville.

One of the rooms for meeting with families and children at the new Center for Women and Families location at 1301 Akers Ave., Jeffersonville.

JEFFERSONVILLE — A nonprofit that has been helping victims of domestic violence and sexual assault for four decades in Southern Indiana has moved to a new location and begun offering greater outreach to those who need their services.

In late 2020, The Center for Women and Families relocated from Charlestown Road in New Albany, where it had operated a 10-bed shelter since the 1990s, into the former Clark County Health Department building on Akers Avenue in Jeffersonville. On Friday, they celebrated with an official open house and resource fair, with vendors such as LifeSpring Health Systems and Ivy Tech Community College.

The new center is steps behind Clark Memorial Health on Spring Street in Jeffersonville, where Center for Women and Families CEO Elizabeth Wessels-Martin can help strengthen connections to services.

“It is the perfect location for us to be out in the community, for people to know where we are, to be so centrally located,” she said. “And to be on a public transit line — that was really important to us.”

The move also brings with it expansion of services, based on research the Center did into how to best help the community. It doesn’t have shelter space the way the Charlestown Road building did, but community advocates still help victims get into emergency shelter either at their Louisville location or another shelter in the area.

What they’ve brought on board is a new focus on mobile advocacy, meeting clients where they are, trying to meet their needs and provide education and support before things get to the point where emergency shelter is needed.

“People come to the shelter when they’re at high lethality,” Wessels-Martin said. “What we would say to clients when they came to the shelter — and they knew this — is that if they stay in their current situation, they’re likely to die. So how can we work with victims before it even escalates to that point?”

This includes educating people on what abuse looks like.

“Domestic violence doesn’t start with a hit,” Wessels-Martin said. “It starts with verbal abuse, emotional abuse, gaslighting, psychological abuse. Beginning to break down that victim and gain that sense of power and control, that’s where it begins and we wanted to be able to start having conversations at the level.”

When things get to a point where the client has no choice but to flee an abuser for her own and her children’s safety can also be one of the most dangerous times.

“The first 48 hours after a victim leaves, takes out an emergency protective order is the most lethal so we want to prepare victims for that,” she said.

People who need help can reach the center in a few ways — through the anonymous 24/7 crisis and information line (or by having a friend or family member call it), by visiting the center or submitting a form online, although online activity can be monitored.

But advocates know it can be very risky for someone to reach out and work to maintain contact in any way that is possible while not alerting the perpetrator.

“I have clients that are currently in a domestic violence situation and they have to find ways to talk to me,” Monica Little, lead community advocate focusing on domestic violence, said. Part of the safety measures in place are that when a person calls the crisis line, they’ll be asked whether the number they provide is “safe.” If it’s not, if an advocate uses that number, they may ask for the person but not identify the organization or leave voicemails. They also can meet at other safe places.

Among the attendees at Friday’s open house was a woman who first got help from the center nearly two decades ago when she realized she was in an abusive relationship.

Advocates at the Center were with her when she left, “they were there a year later to help me fill out the emergency protection paperwork and literally held my hand in court as I trembled,” the woman, whom the News and Tribune is not identifying to protect her safety, said. “They were there when grief set in as my husband filed for divorce and the harassment and intimidation was still going full force. They were there as I tried to enforce the emergency protection order and it did no good other than anger him more.”

She said the abuse, which she described as “every type possible,” started well before they were married. She said while she knew something didn’t feel right, it was hard to always identify the abuse when it was ongoing.

“The abuse shifted so I didn’t always recognize that it was abuse,” she said. “Looking back I can tell that abuse was occurring from before we got married until we separated and then the physical abuse stopped but the emotional abuse and using the kids to continue to perpetrate it still goes on.”

But the Center has been with her through all of this, support she said is so crucial to people in her situation.

“I am not sure my family would have been able to hold out without the Center’s advocacy services,” she said, adding that “not only have they grieved with me in the rough season, they have celebrated with me [in her successes.]

“It’s important to know that supportive services, that is how we are going to have resiliency.”

• WHAT: Center for Women and Families, advocacy, education and support for those experiencing domestic violence and/or sexual assault