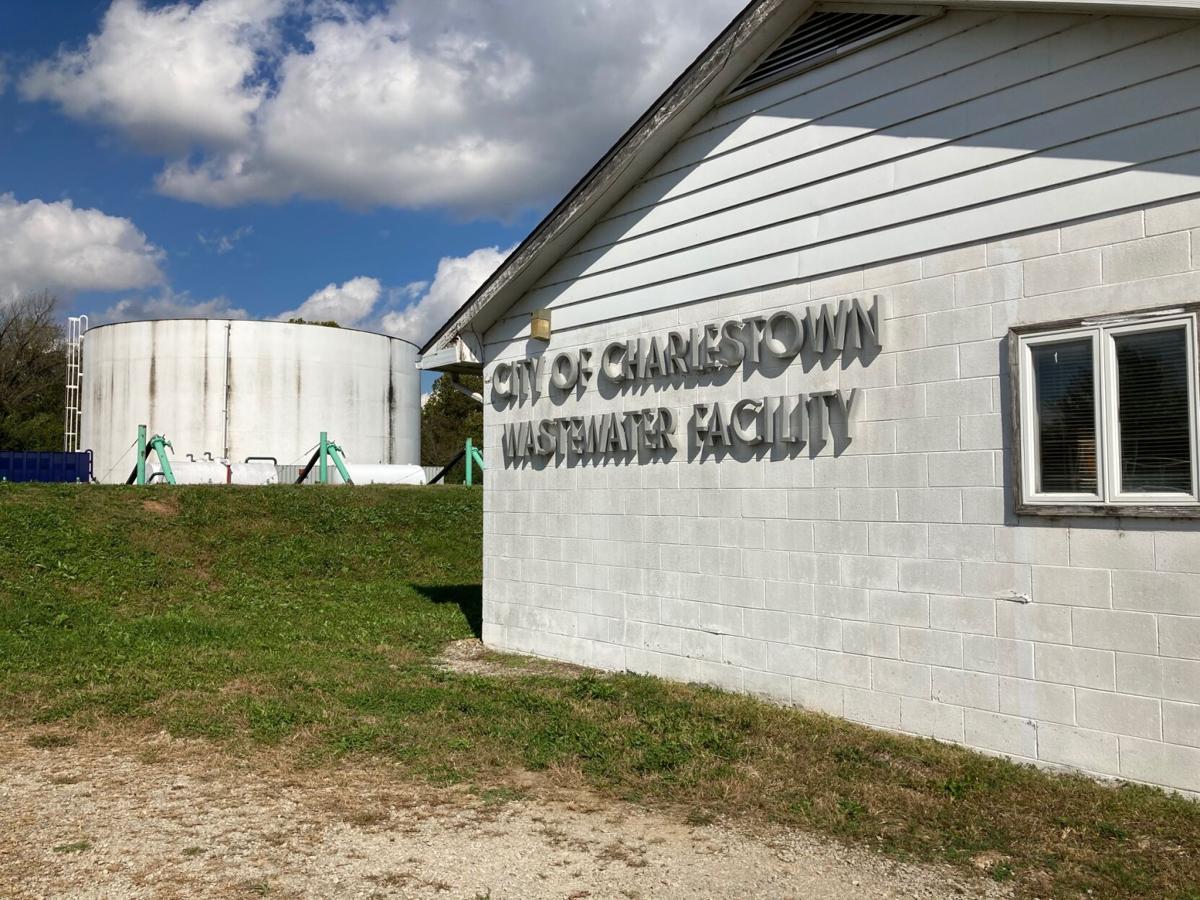 The City of Charlestown is in the design phase of a $46-million project to renovate and rebuild its wastewater treatment plant. 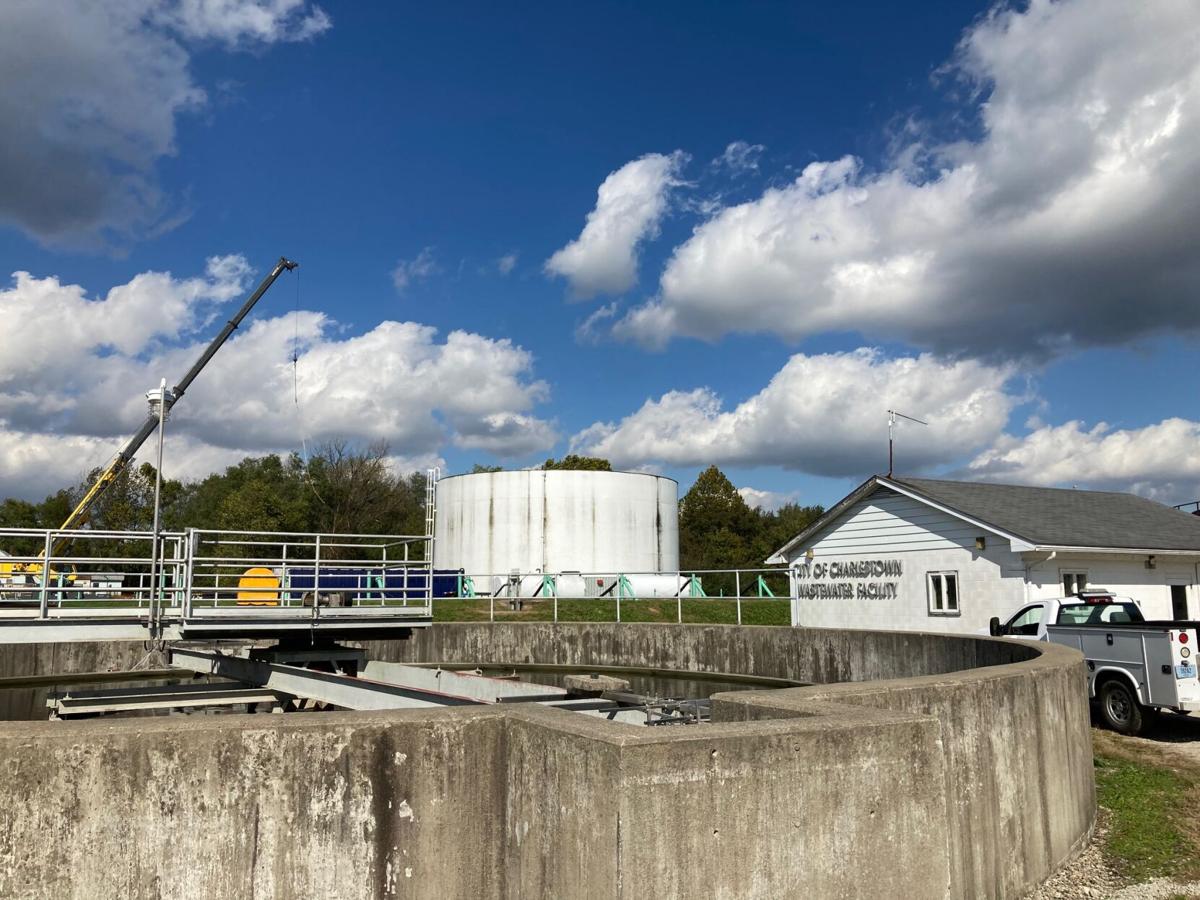 The Charlestown wastewater treatment plant, built around 20 years ago, has a current capacity of 2.2 million gallons per day.

The City of Charlestown is in the design phase of a $46-million project to renovate and rebuild its wastewater treatment plant.

The Charlestown wastewater treatment plant, built around 20 years ago, has a current capacity of 2.2 million gallons per day.

CHARLESTOWN — The Charlestown City Council is expected at its Nov. 1 meeting to vote on a $2.3 million appropriation to fund the remaining 70% of the new wastewater treatment plant design.

The city sewer board approved a resolution Thursday to request the council supply the remaining funds for plans to at least double the size of the plant, as both residential users and those in industries coming to the River Ridge Commerce Center are expected to grow. The River Ridge Development Authority provided the initial 30% or $575,000 of design costs.

The design phase is expected to take a total of nine to 12 months, which will be followed by the city securing the roughly $46 million to complete the renovations and new construction needed to support the area. Construction is expected to begin next year and take 18 to 24 months, according to information presented by engineering firm Jacobi Toombs and Lanz (JTL.)

Charlestown Mayor Treva Hodges said the city facility has been in need of an upgrade for some time. The facility was built around 20 years ago and has had little maintenance over the years, she said.

“And so we knew we needed to take aggressive action,” she said. An inspection done in April “essentially confirmed what we knew, that every part of that plant is beyond its useful life.”

But she said even that is a conservative estimate, That’s why they’ve designed the new plant to be able to provide 4 million gallons per day, with the ability to quickly upgrade to 6 million if needed.

There are about 2,500 residents on the Charlestown system, with others on the adjacent Jeffersonville system depending on where they live in town. Hodges said the aged system in Charlestown hasn’t had a direct negative impact on residents, but that it could if it’s not addressed.

“We’ve been able to keep it functioning but the biggest thing is that we have old lines in the collection system that need to be replaced so that we’re not having ruptures,” she said. “And the plant itself, if it’s not operating, eventually people won’t be able to flush their toilets and that’s a significant problem.

“We’re trying to get ahead of it and be proactive and think long term about our needs.”

The ruptures were part of the issue the Indiana Department of Emergency Management found in its April inspection. The plant has collection system overflow events that are no longer permitted.

In the report, IDEM said that under Indiana code, “the permittee is responsible for providing adequate funding for and oversight of the wastewater treatment plant and collection system to ensure proper operation, maintenance, management, and supervision. It appears that all of the equipment associated with the treatment facility is beyond its useful life, including some lift stations. At the time of the inspection, many of the diffusers were not operational. Aeration in the Biolac treatment cell appeared to be inconsistent.”

Part of the improvement will be offset by the recent vote to raise sewer rates for the first time in 16 years. The Charlestown City Council voted in August to raise the rates by 47% starting in September, with another increase planned for January and another potentially in 2023. This will mean that a residential customer using 4,000 gallons per month who was paying $35.38 now pays $52.48. That will rise to 58.46 at the start of the year.

Hodges said that not only have the rates not risen in a decade and a half, but that the last time they were changed they were actually lowered, “which is detrimental to a public utility. We had been operating at sizable losses for three year prior to 2020 — hundreds of thousands of dollars each year.”

She said the city was able to be very conservative in 2020 with spending to not take a loss “but that was not sustainable if we’re going to make those improvements.”