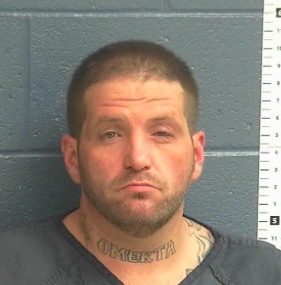 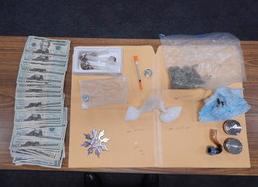 A Charlestown man was arrested Monday night in Corydon and charged with multiple felonies including dealing in methamphetamine.

A Charlestown man was arrested Monday night in Corydon and charged with multiple felonies including dealing in methamphetamine.

George A. Conley, 42, was arrested after a traffic stop on Old State Road 135. A search with a K9 detected drugs and cash, according to a news release.

The news release said officers were patrolling the area of Old State Road 135 and Wyandotte Avenue around 11:30 p.m. Monday when they saw a car weaving in the lane and crossing into another lane. Troopers stopped the car and identified the female driver by her driver’s license. Conley, the passenger, did not have identification on him.

An open air sniff was conducted by a K9 and that led to the discovery of two ounces of methamphetamine, unprescribed pills, marijuana, paraphernalia and $1,600 in cash.