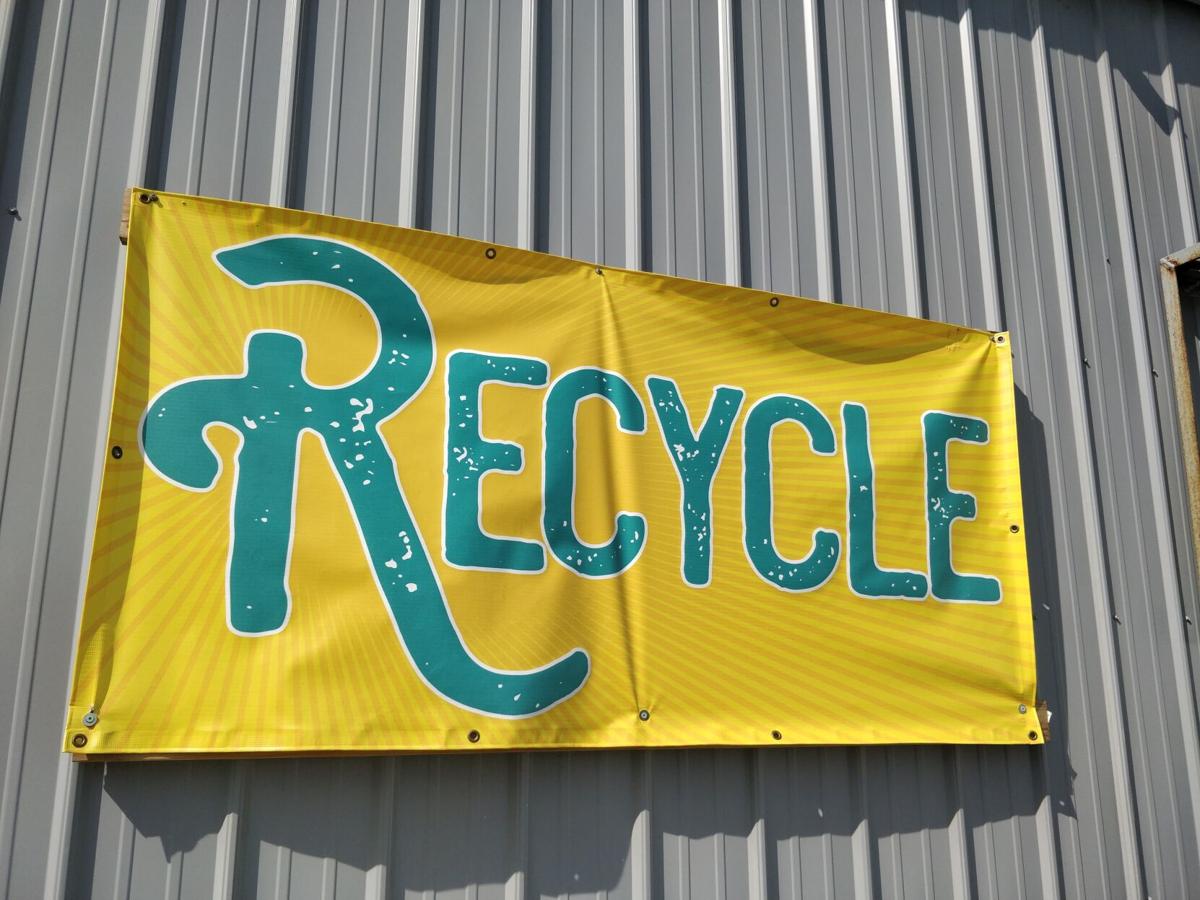 A sign outside the Clark County Recycling District on Industrial Way in Charlestown. 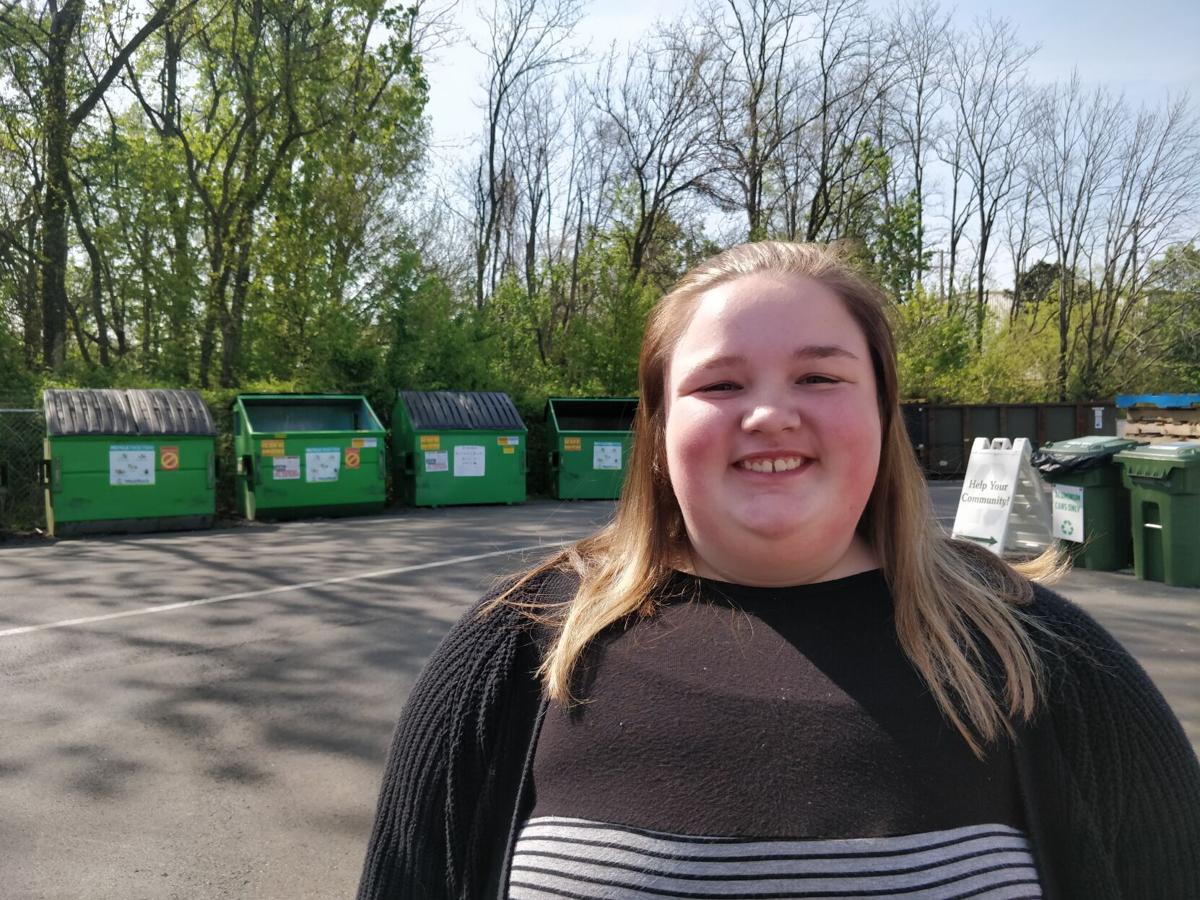 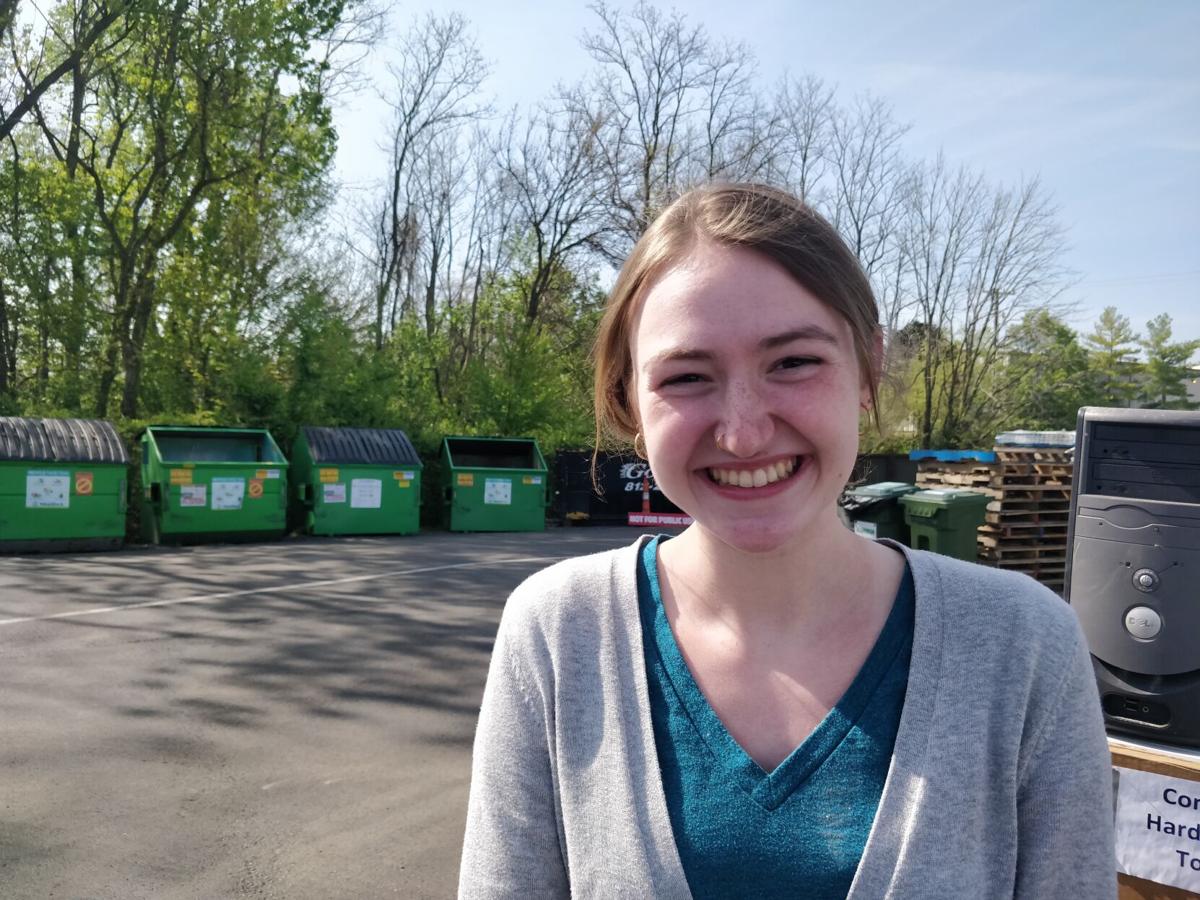 Evelyn Minton, a Jeffersonville High School senior, was runner-up in this year’s recycling video contest with the Clark County Recycling District and earned a $1,000 scholarship. 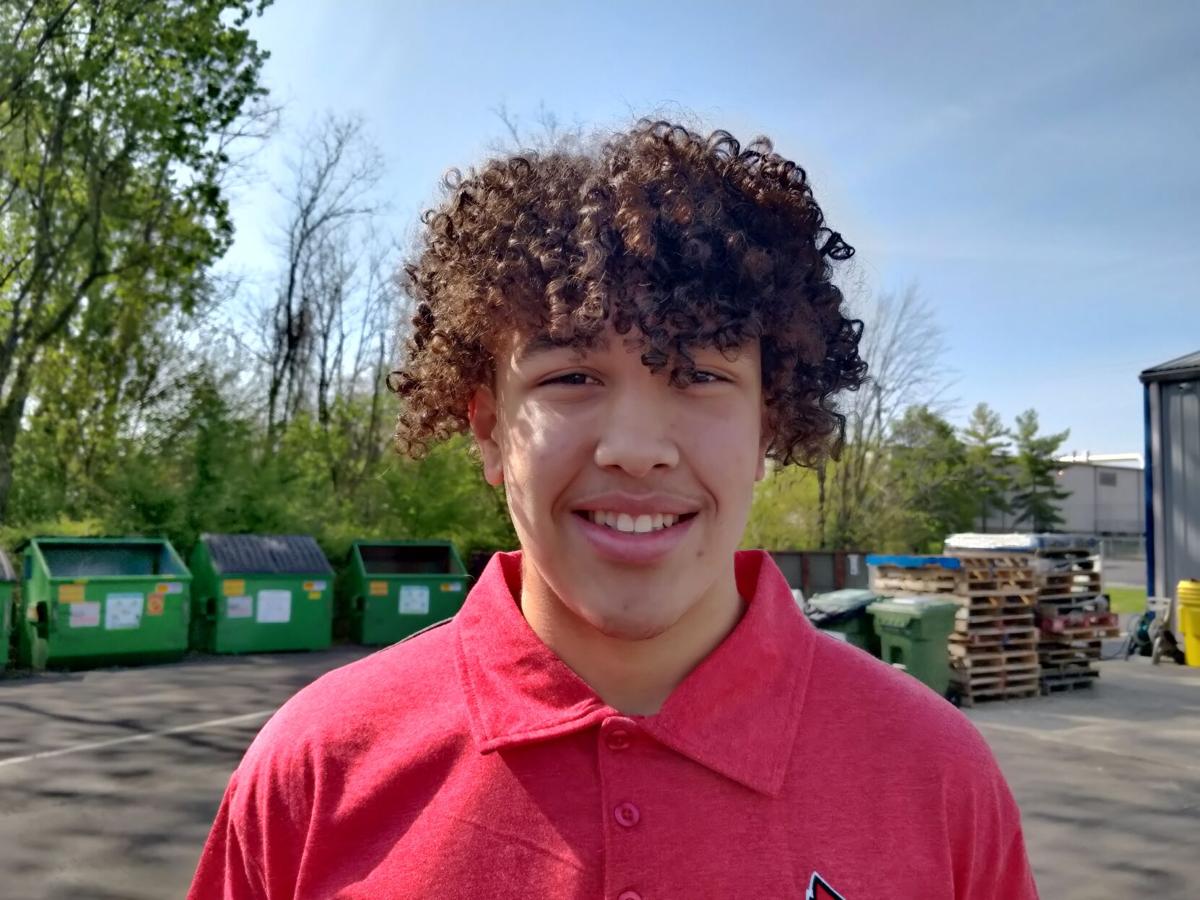 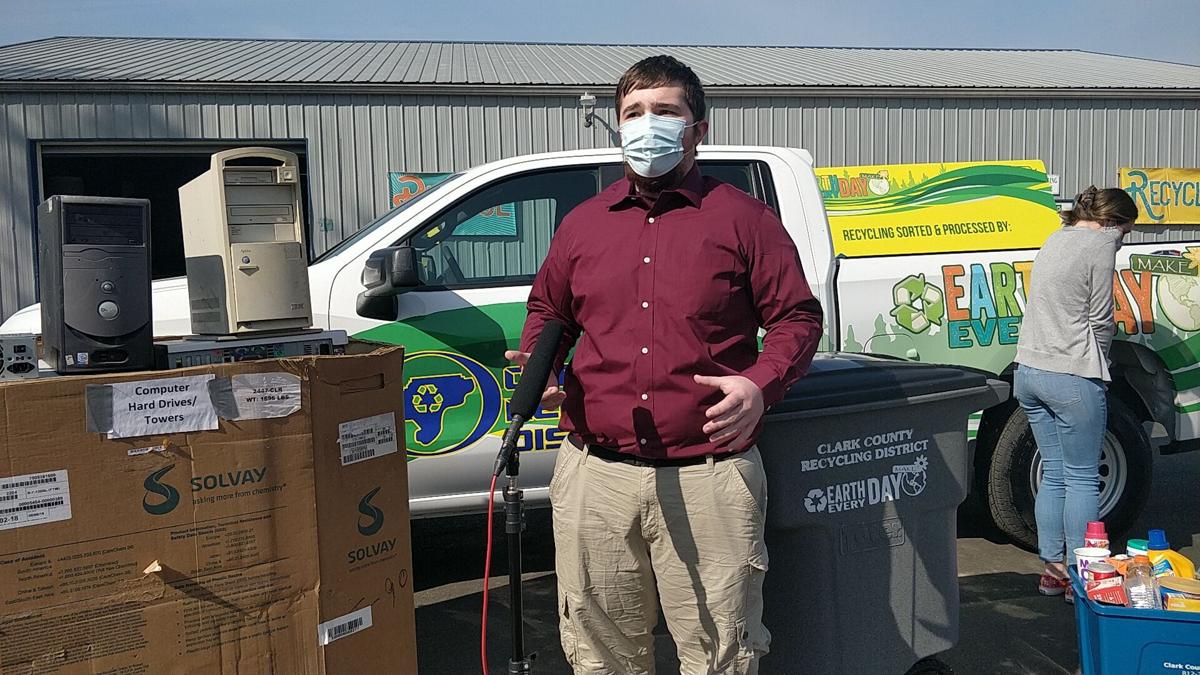 A sign outside the Clark County Recycling District on Industrial Way in Charlestown.

Evelyn Minton, a Jeffersonville High School senior, was runner-up in this year’s recycling video contest with the Clark County Recycling District and earned a $1,000 scholarship.

CLARK COUNTY — Four Clark County high school seniors have been awarded a total of $3,500 in scholarships for their creative efforts in promoting recycling in their communities.

This week, the Clark County Recycling District recognized the student winners, who were selected based on video entries focused on sustainability.

The scholarships were paid in part through revenue from recycled computer equipment and through scholarship co-sponsors Westrock and Gotta Go aluminum can recycling.

Recycling District Director Debbie McGrath said the videos can help promote recycling, which will also extend the life of the Clark-Floyd Landfill.

“This helps us a great deal in reaching through their eyes maybe some new recyclers and reminding people to recycle,” McGrath said. She said that through curbside pickup in the Clark County municipalities that have it and at the central dropoff site on Industrial Way, there’s been about a 20% uptick this March compared to last.

Part of that was due to the quarantine, with more people at home and with time to purge some unwanted items from their homes.

McGrath said a big push has come from social media marketing and the student videos posted in early March.

“I think it drew a lot of attention,” she said. “It’s a combined effort but it totally helped us, so it’s a very worthwhile recycling initiative for us.”

Through their videos, students were asked to help promote recycling and talk about why it was important to them. In hers, Jones showcased her skills in making a dog bed and teeter-totter from repurposed old tires. Minton and Mimms both gave examples of recycling things like plastic bottles and cans around the house and McNear made a horror-flick style video with the villain being himself in a trashcan.

“I made the video the way I did because I always remember horror movies out of everything, because you connect everything to that one creature,” he said. “Everybody knows Jason, everybody knows Michael Myers so I wanted to make something like that myself so I got in a trashcan.

McNear is not joking with his main message, though.

“My message was that if we keep going the way we’re going with everything, if we keep just disregarding nature, something will come back to get us,” he said. “Whether it’s global warming, the atmosphere just going completely kaput on us or if it’s polar bears coming down to eat us. I don’t know what it’s going to be I just know it’s going to be something and I wanted to get that out there.”

Jones, who took the top scholarship, said her video was borne out of inspiration from her time spent in 4-H.

“I’ve been in 4-H for the past 10 years and I took the recycling project there for the past four, so when I saw this scholarship opportunity come out I knew that it was something I wanted to do.”

She focused on her repurposing projects — this year’s is a cornhole board made from old tires — because she said others may not realize how wide that world of possibilities can be.

“You can make a lot of cool things out of the old materials and it’ something everyone should be doing,” she said. “It’s really fun.” She has taken some of her work to silent auctions including for the Crusade for Children and for breast cancer awareness.

“I think, especially since I am young, it’s important for young kids to be advocates for recycling because you want to get other young kids involved. you want to get the younger generations to understand that this is something important, it helps conserve energy on the Earth and it’s something that everyone needs to be doing,” Jones said.

To view the scholarship winners' videos, go to recycleclarkcounty.org

Patricia O. Rogers, 66, of New Albany, IN passed away on Saturday at Baptist Health East in Louisville, Ky. She loved to sing, dance, camp and swim. She is survived by her sons-Keith Caulk (Angela) and Sonny Caulk (Jessica); daugther- Angela Caulk and sister- Gretia Lyninger; grandchildren- …