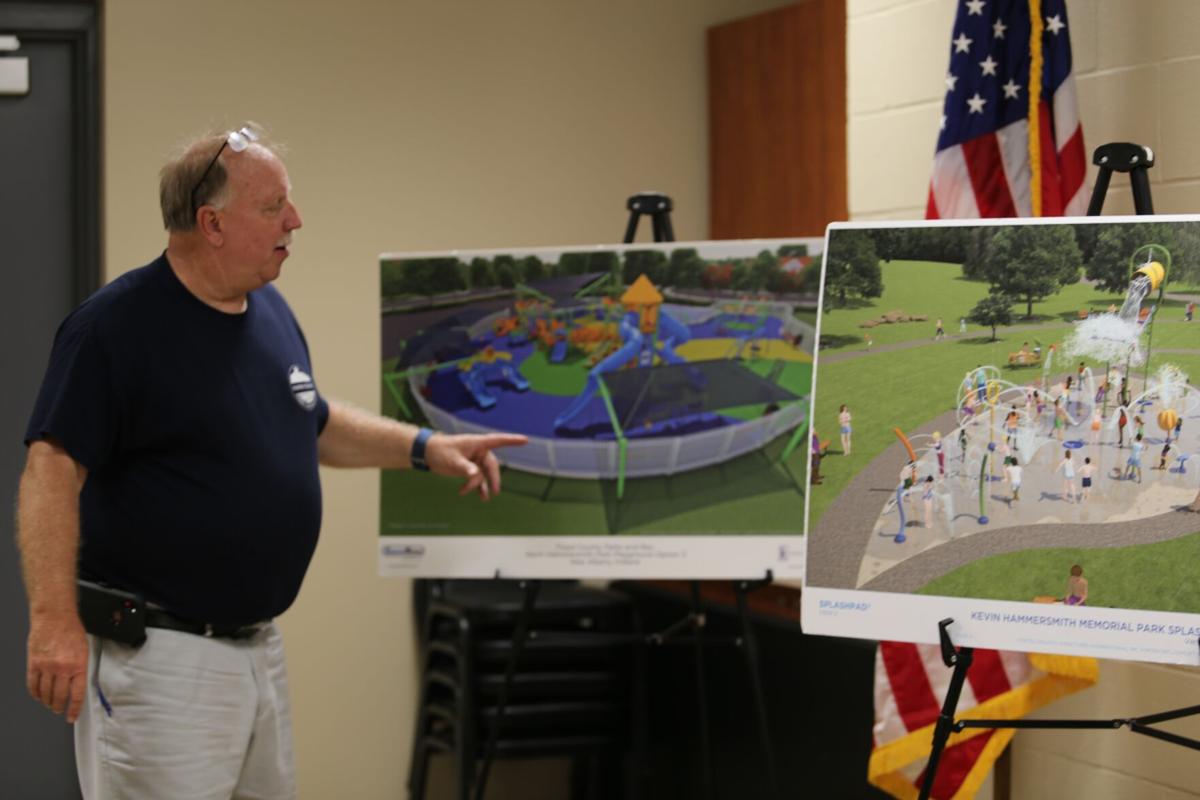 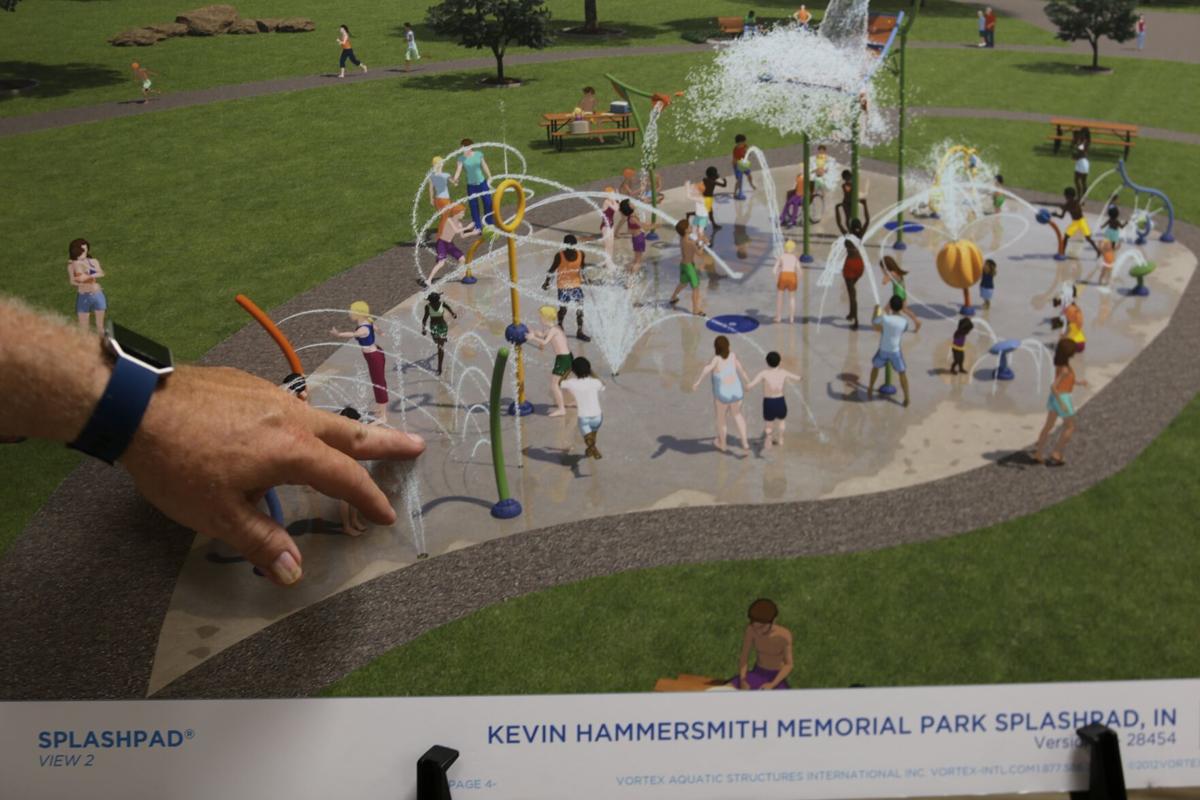 A splash pad is among the features planned for an accessible play area at Kevin Hammersmith Park. 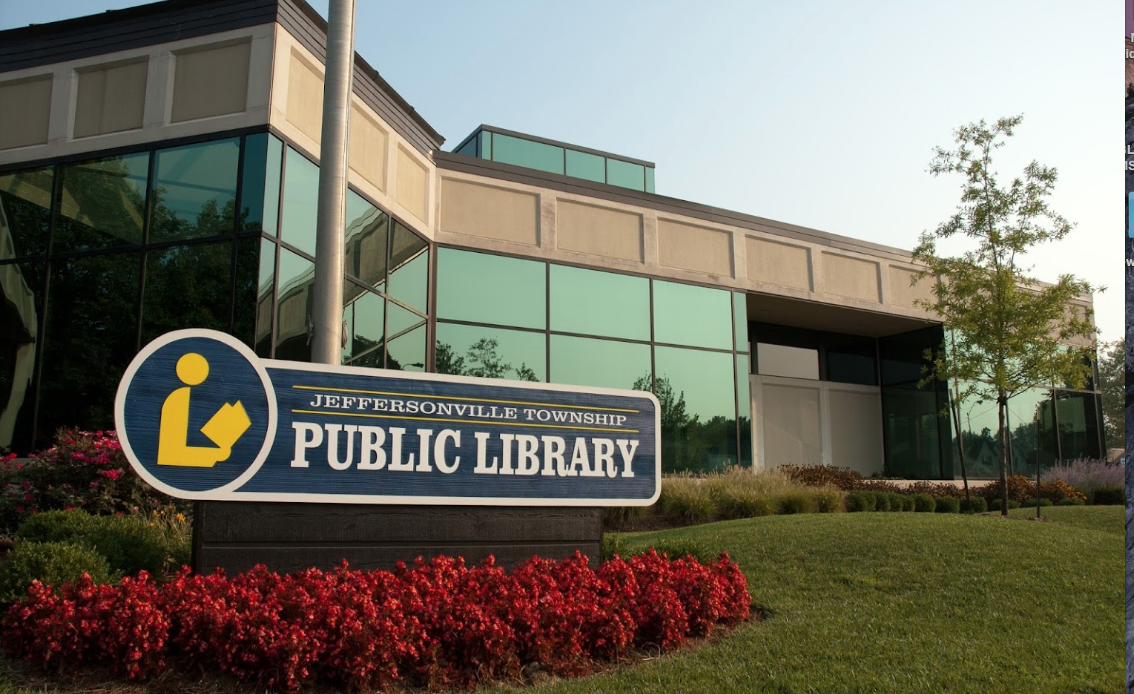 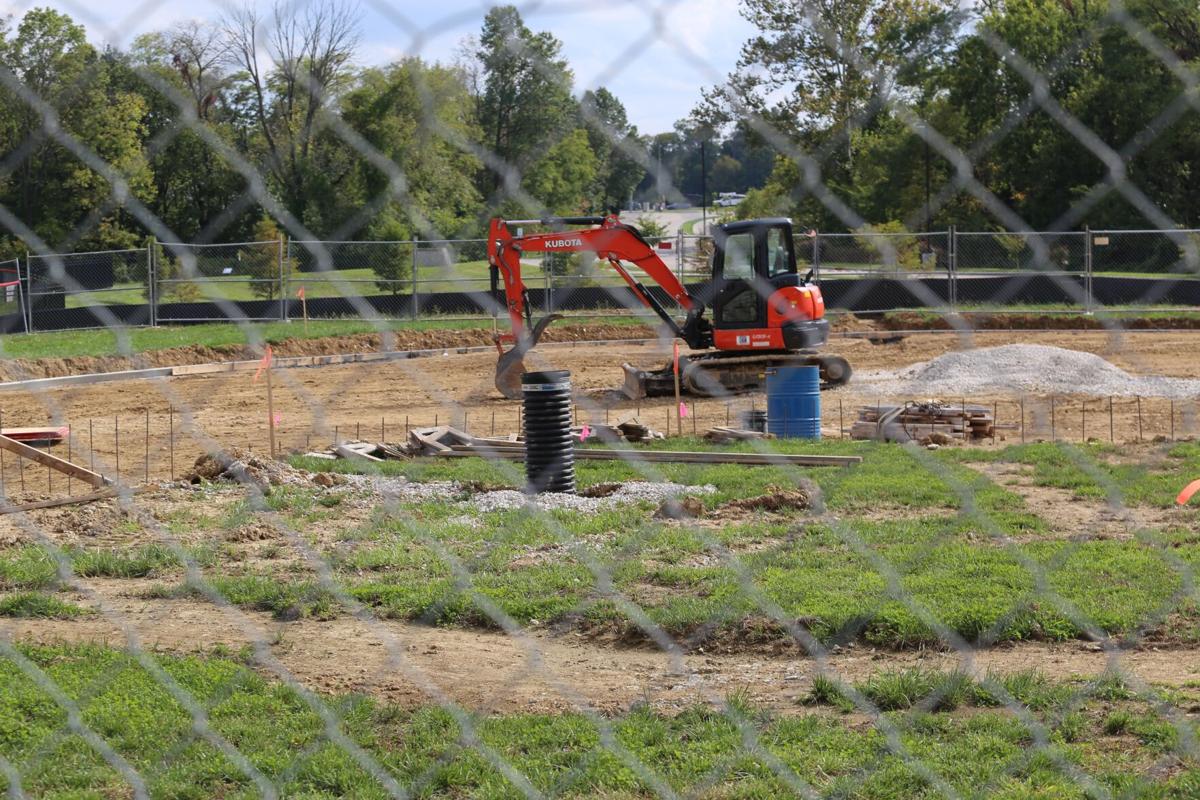 Construction has started on a new playground at Kevin Hammersmith Memorial Park in New Albany, which will feature accessible play equipment and a splash pad.

A splash pad is among the features planned for an accessible play area at Kevin Hammersmith Park.

Construction has started on a new playground at Kevin Hammersmith Memorial Park in New Albany, which will feature accessible play equipment and a splash pad.

SOUTHERN INDIANA — Two grants awarded by the Community Foundation of Southern Indiana are supporting the development of recreational spaces in Clark and Floyd counties.

The Jeffersonville Township Public Library and Floyd County Parks and Recreation are the first recipients of the foundation’s new Quality of Place – Pathways to Progress grant.

The foundation awarded a total of $150,000, including $80,000 to the Jeffersonville Township Public Library to build a new “pocket park” and $70,000 to Floyd County Parks and Recreation for the construction of a playground at Kevin Hammersmith Memorial Park that will be accessible for children with physical and mental disabilities.

The Quality of Place grants come from the foundation’s discretionary endowment and they are meant to support projects serving the community members with the least access to safe, high-quality public spaces and amenities, including those who face barriers related to income, transportation, mobility issues or physical/mental differences.

Linda Speed, president and CEO of the Community Foundation of Southern Indiana, said the Quality of Place grants are larger than the usual grants the foundation gives out, and this grant program is focused on special areas.

Quality of place was among the top priorities identified in the Community Foundation of Southern Indiana’s needs assessment, which was updated this year.

“When you start opening up spaces to the most vulnerable citizens, you make the whole community more open and welcoming to everyone,” Speed said. “When you do that, you open up opportunities for economic development, and all sorts of things flow from that.”

The two projects selected for the grant “epitomize what we’re looking to do,” Speed said.

Work has already started on the Kevin Hammersmith Memorial Park play area in New Albany, and Floyd County Parks Superintendent Roger Jeffers hopes it will be fully open by the spring. The project costs more than $1.3 million, he said.

The playground will be a “crown jewel” in New Albany and the region, Jeffers said. It will be a large space at more than 11,000 square feet, including a 2,095-square-foot splash pad. The play area will be open to both children and adults with special needs.

The inclusive playground will include handicap-accessible slides and play structures for visually/hearing impaired individuals. There will be a swing set for parents and children to swing together, as well as swings and a zip line accessible for those in wheelchairs.

The splash pad will include spray jets and buckets that will dump people with water. The parks department will also expand the amount of handicap parking available near the playground.

Jeffers said the playground was in the original plans for the park, but funding has been a challenge. Floyd County Parks and Recreation has raised more than $1 million in funding from grants and community donations to support the project, including the money from the Community Foundation.

“That $70,000 is going to go a long way to get this playground built for children and adults here in Kevin Hammersmith Memorial Park,” he said.

David Seckman, director of the Jeffersonville Township Public Library, said the pocket park will be near the entrance to the library and wind around the property. It is a space that has not yet been used to its full potential, he said.

The small park will include play areas offering access to all children, including those with intellectual and physical differences. It will feature a story walk that will allow children and families to actively engage with a book.

Seckman said the library will work with art organizations such as the Jeffersonville Public Art Commission to adorn the park, and the space will also include features showcasing the city’s history. Sustainable native plants will also be planted in the pocket park, and the space could potentially feature a small stage.

The park will be fenced in, so it will be safe for children, Seckman said. In the next few months, the library is planning to seek community feedback about features people would like to see in the park.

The library’s WiFi will also be available in the park, so it is a space where people might come to work or study, Seckman said.

“We’re super excited for the community and for us to be able to offer a space like this,” he said. “Especially if it’s something within walking distance of folks in the community, I think it would mean a lot.”