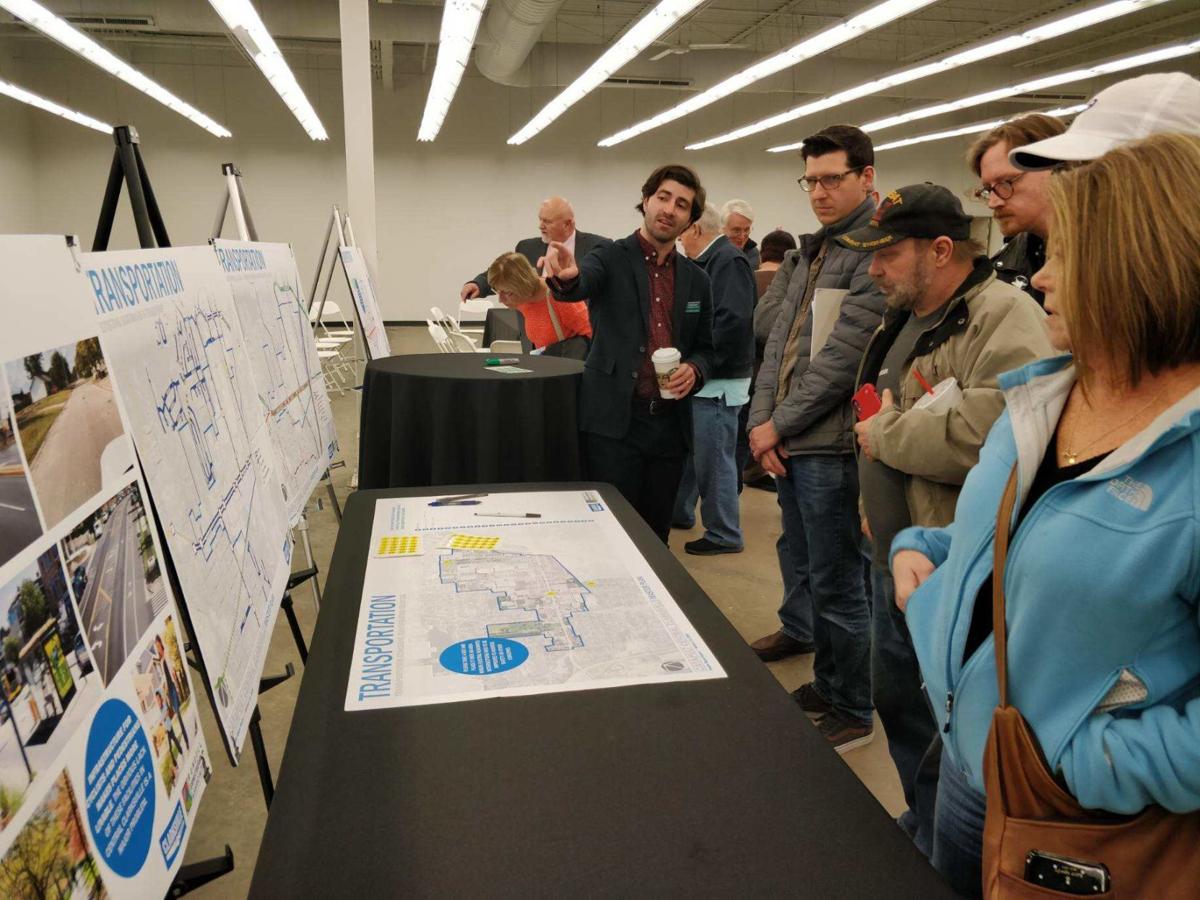 Dozens of community members, business owners and other interested parties turned out Monday for  the first public input session of the 3C Master Plan — also known as Catapult Central Clarksville. The plan will look at ways to revitalize and re-envision 600 acres of aging retail space in central Clarksville. 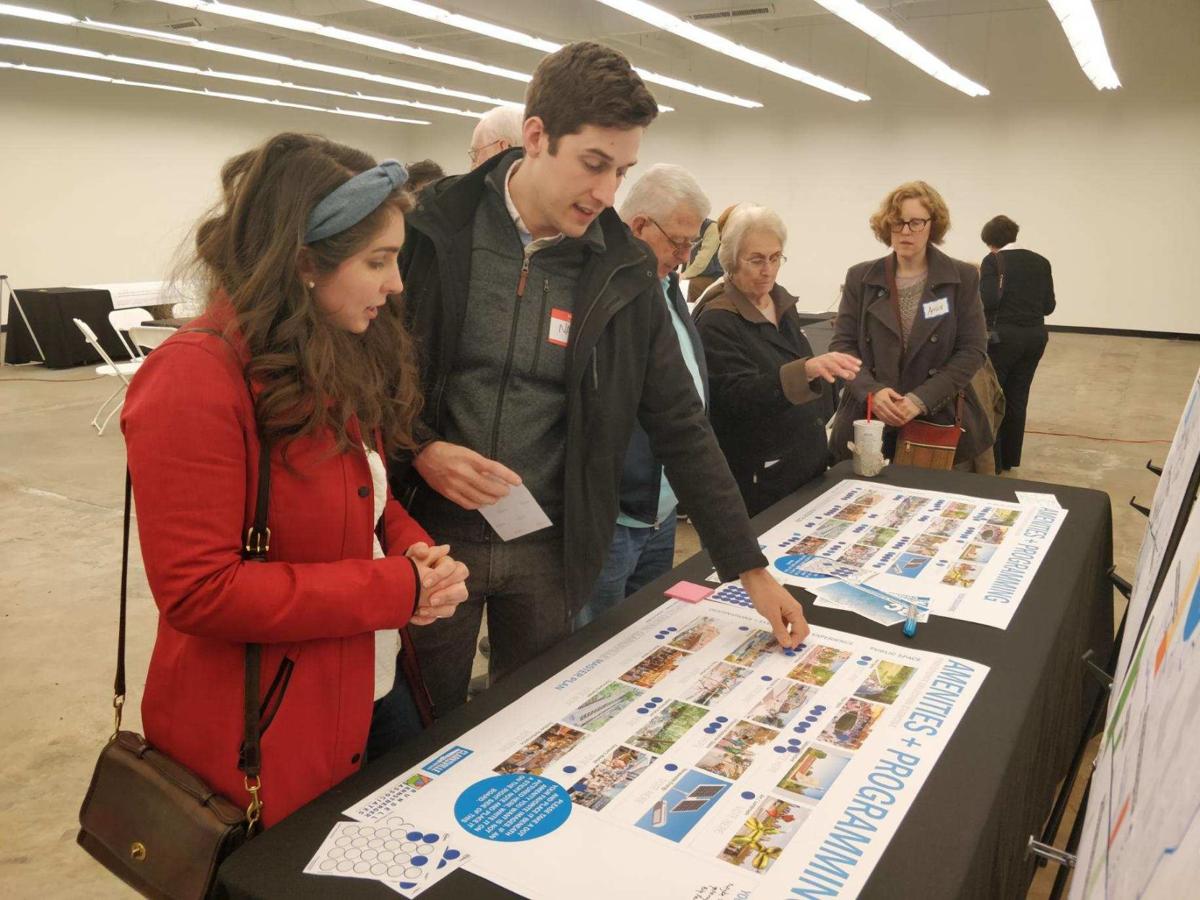 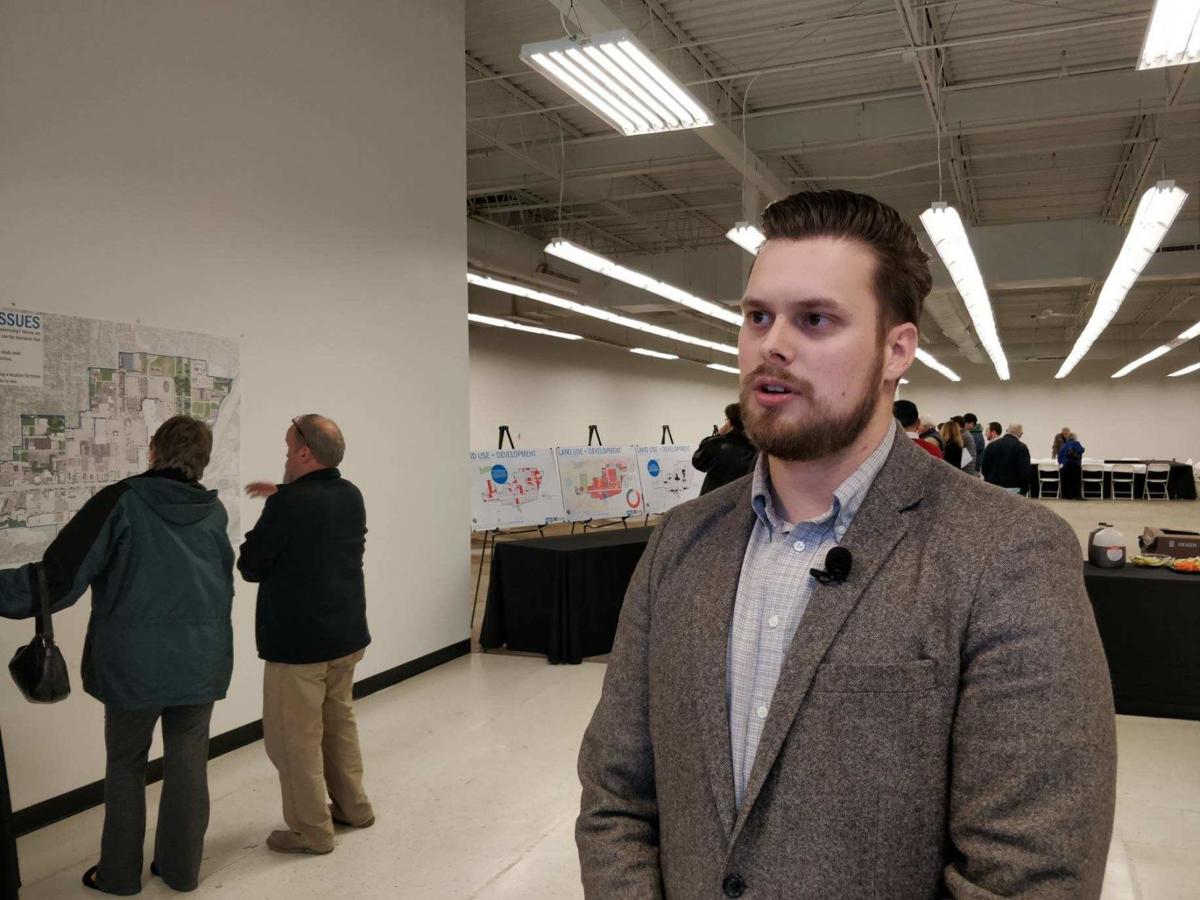 Clarksville Redevelopment Director Dylan Fisher said he was glad to see the turnout at a public input session Monday for the 3C Master Plan — a yearlong study into redevelopment of 600 acres in central Clarksville.

Dozens of community members, business owners and other interested parties turned out Monday for  the first public input session of the 3C Master Plan — also known as Catapult Central Clarksville. The plan will look at ways to revitalize and re-envision 600 acres of aging retail space in central Clarksville.

Clarksville Redevelopment Director Dylan Fisher said he was glad to see the turnout at a public input session Monday for the 3C Master Plan — a yearlong study into redevelopment of 600 acres in central Clarksville.

CLARKSVILLE — Dozens turned out Monday to offer input on a plan expected to transform Clarksville's aging Lewis and Clark Parkway corridor over the next 25 to 30 years.

Indianapolis-based architecture firm Rundell Ernstberger Associates unveiled initial findings at the meeting of the 3C Master Plan, a yearlong study on revitalization of roughly 600 acres within the central Clarksville area, which includes aging facilities like the Greentree and River Falls malls, and smaller strip malls along the road. The four-phase plan is expected to be completed in the fall and ready for town leaders to look at implementation.

"[It's] looking at this historically retail-oriented corridor and trying to understand the impacts of the change in retail landscape as well as relocation of existing big boxes," Clarksville Redevelopment Director Dylan Fisher said. "...Understanding what this portion of our community really holds in the long run from an economic standpoint, but also from a public visioning.

"What does the community want to see here? How is it going to be reactivated moving forward? What type of uses and amenities would they like to see implemented so the town can begin a long term 25- to 30-year master plan and really bring about public vision?"

Panels stretched around the room with information on existing conditions, with staff on hand to answer questions and take community feedback. For instance, 24 percent of the study area is currently vacant, with just under 57 percent used as entertainment. About 11 percent is residential or hotel use.

A look at demographics showed that between 2010 and 2017, the Louisville metro area has seen 43,000 residents added, with a median household income of $60,000. In Clarksville, however, its housing stock is aging — over 75 percent was built more than 40 years ago.

"So everything here for them is all new," Cynthia Bowen, director of planning for REA said at the meeting. "We have completed what we call our environmental scan, the existing conditions, what's happening on the ground, what the market has done, how the market has changed, what the market will bear in terms of the types of jobs...the populations moving into Clarksville, what they'd like to see."

Tonya Beyke lives and runs a glass installation business within the 600-acre study area, so she went to the meeting to see what it has found so far, and offer her input and support.

"I like it — I think Clarksville needs to be upgraded definitely," she said. "I'm tired of driving over to Louisville to go places when I'd rather be here.

Beyke, who grew up in Southern Indiana, remembers when some of the older retail areas in Clarksville hadn't yet lost their luster — like the River Falls Mall and Eastern Boulevard corridor, a separate project Clarksville officials are looking at.

But although she's been drawn across the river for more recent amenities, she doesn't want to move there — she would rather see these things in the place where she lives.

"I don't like the fast pace [of Louisville]," she said. "This is my hometown. I like going places where I know people — it's comfort. I would rather shop in my hometown."

Kayla Oldham and Nate Hammitt, architects who live in Floyds Knobs, visited the input session because they are interested in seeing how the projects unfold.

"It's interesting and I've been feeling like there's room for a lot of improvement along Lewis and Clark [Parkway]," Oldham, who grew up in Southern Indiana, said. "It seems like they've got a really great sense of what is existing and it seems like there's a lot of analysis that's happened so far and I'm interested to kind of see what they're going to propose after this.

"It's at the beginning, but it looks like they've got a good grasp on what we do have going here and the challenges we need to overcome."

Monday's presentation will be made available online this week, with a public survey for people who want to submit more input in the next few weeks. The information will be used to help direct the teams in how to implement the potential projects.

Ryan Ramsey, Clarksville Town Council president, said he was impressed with the public turnout and input they offered, and looks forward to the results of the study.

"We have endless opportunities with this project and it's an exciting time to be a resident of Clarksville," he said in a text message. "Clarksville truly has a chance to reinvent itself."

For more information on the plan, visit www.3cmaterplan.com. Documents from the community input session are expected to be added to the site Tuesday, Jan. 14.

William "Bill" Hill, 75, passed away peacefully on Sunday, April 5, 2020 at his home in Sellersburg, Indiana. He was born on October, 17, 1944 in Paoli, Indiana. Bill honorably served his country in the United States Air Force. He retired from the Sellersburg Police Department, where he serv…