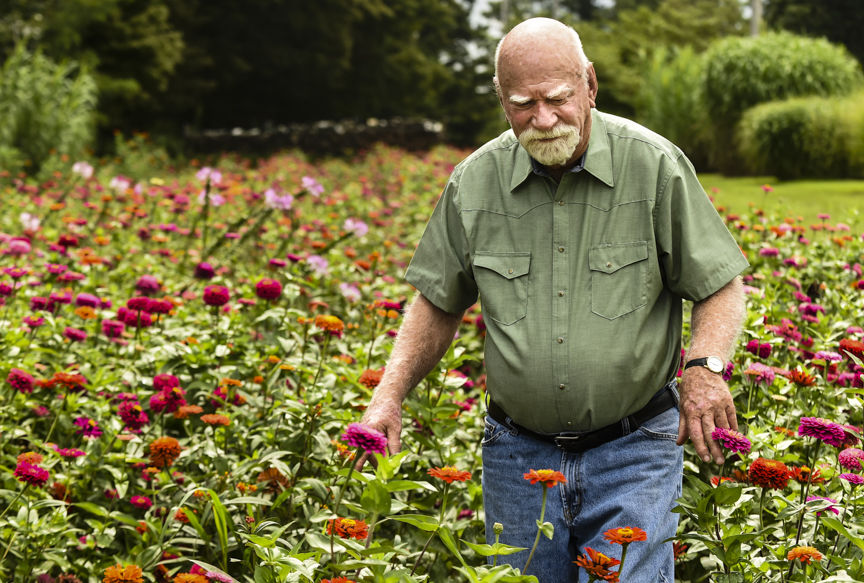 Ray Weatherholt wades through zinnias up to his waist in his garden in this file photo from 2016. Weatherholt, a retired science teacher at Floyd Central High School, died this week. 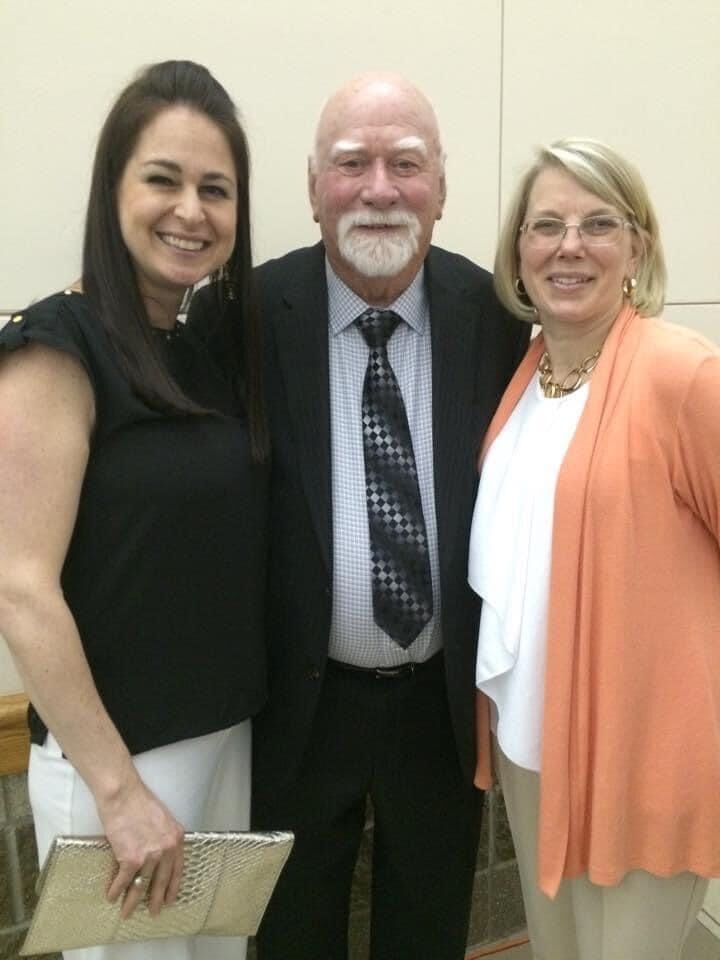 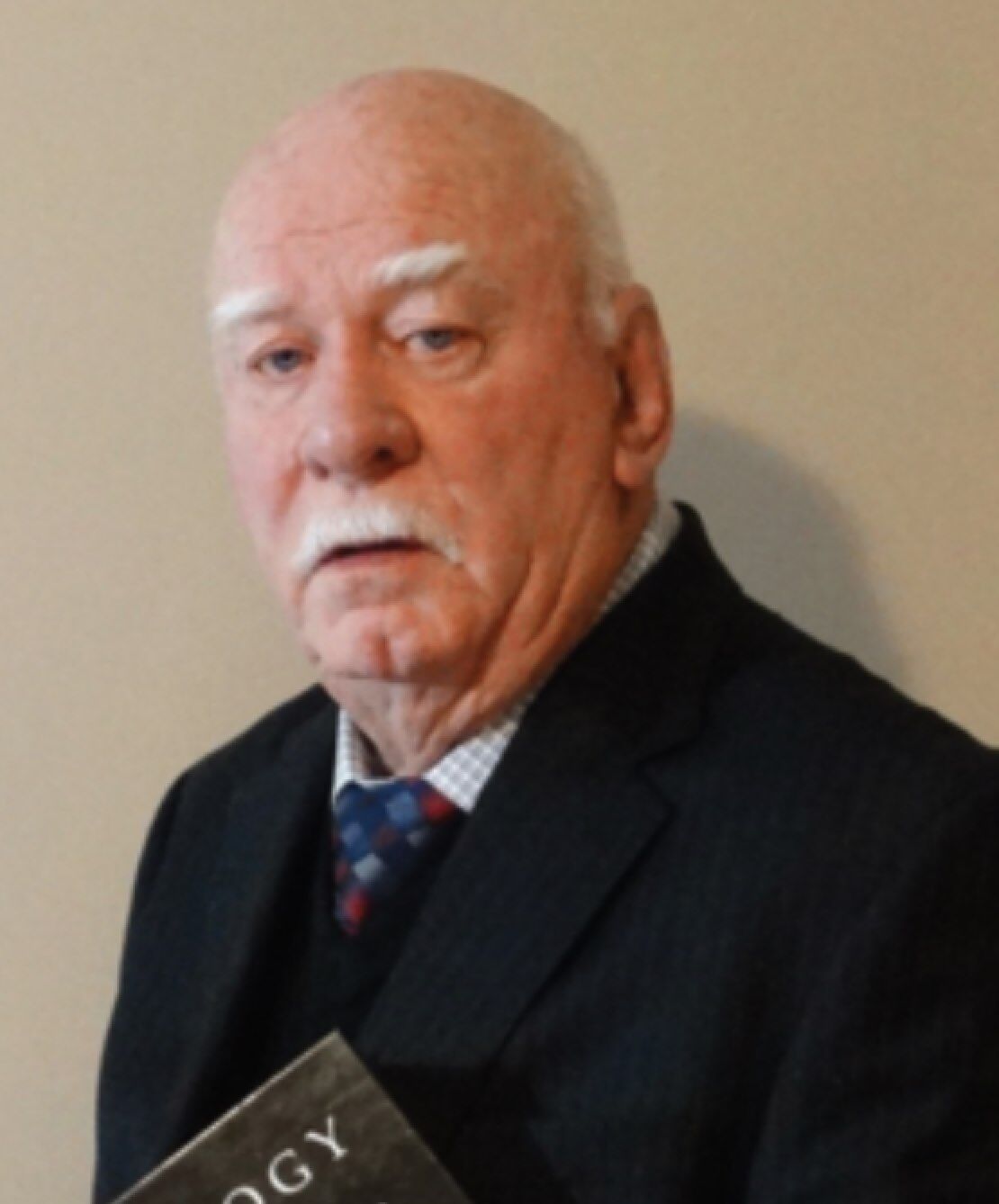 Ray Weatherholt, who died Tuesday at age 80, was a beloved science teacher who taught for more than three decades at Floyd Central High School.

Ray Weatherholt wades through zinnias up to his waist in his garden in this file photo from 2016. Weatherholt, a retired science teacher at Floyd Central High School, died this week.

Ray Weatherholt, who died Tuesday at age 80, was a beloved science teacher who taught for more than three decades at Floyd Central High School.

FLOYD COUNTY — The community is remembering the legacy of Ray Weatherholt, a beloved high school teacher who sparked a love for learning and science in many students over the years.

Weatherholt, a retired science educator who taught for 36 years at Floyd Central High School, died Tuesday at age 80. He was known for his passion for nature and gardening, and he was involved in organizations such as the Floyd County Purdue Extension’s Sunnyside Master Gardeners program.

At Floyd Central, he helped establish rigorous science classes such as anatomy, microbiology and botany, and he was inducted into the school’s Hall of Fame in 2016.

Dr. Rex Bickers, a retired neonatologist, attended Weatherholt’s biology class the year Floyd Central opened, and the teacher quickly became his mentor. He received an advanced education as Weatherholt’s student, and he was not challenged like that again until medical school, he said.

“What I got out of 10th grade biology class was a transition into medical school biochemistry class — that’s no joke,” he said.

Although Weatherholt was only 13 years older than Bickers, he became like a second father to him. They have been good friends over the past 20 years. They often talked, got together or emailed each other, and they enjoyed sending each other science news.

In a tribute posted on Facebook, Bickers reflected on the loss of his friend and former teacher.

“For now, the smile of that extraordinary man has disappeared, those hands, that heart the size of Mammoth Cave,” he wrote. “But I will stop breathing before Ray Weatherholt leaves my brain…and all the buzzing molecules that keep him alive there.”

Lee Schmidt, a 1999 Floyd Central grad, said Weatherholt was a major reason he became a scientist. He went on to receive a doctorate in biochemistry and molecular genetics.

Weatherholt was a “quiet, gentle man” who loved “biology, life and learning,” Schmidt said, and he was a teacher who never stopped learning.

In his classes, students learned from college textbooks, and students were encouraged to challenge themselves through science experiments. Schmidt said Weatherholt taught him the “art of failing,” a life lesson that has been valuable in his work as a scientist and researcher.

“He said if I don’t fail early, fail often, I’m not pushing myself — that was one of my favorites,” he said. “Don’t be scared of having an experiment go wrong, and don’t be afraid to have a result that doesn’t tell you anything, but learn from it. All data provides a lesson — learn from it, keep adapting, evolving and trying again.”

He had a way of “making you want to do your very best,” and she learned to love science, work hard and think in his classes, she said. She took several upper-level science classes with him during her junior and senior years before graduating from Floyd Central in 1995.

“Floyd Central was a great school with a lot of good, challenging teachers,” she said. “Mr. Weatherholt’s class was one of the first that had really, really challenging upper-level thinking, and he motivated us to reach those high academic levels. He was so excited and passionate about the subject matter, and he got us excited too.”

He didn’t put stickers on tests unless students received a 100%, Lone said, so when she received a sticker, it was something special, and she felt a sense of achievement.

After she got married, she moved down the street from Weatherholt. As she drove by his home, he often was outside in his garden, and they waved at each other.

When Lone ran into Weatherholt over the past few decades, he always remembered her and knew what she was up to, and he seemed proud that she had followed in his footsteps to become a science teacher, she said.

It inspires her to think of how many people Weatherholt has influenced over the years, including those who became doctors, nurses or teachers, she said.

“If he inspired each of those people to be something, and each one of them changed someone else’s life, just think of the trickle effect,” Lone said.

Weatherholt was involved in the Sunnyside Master Gardeners program for about 20 years. Gina Anderson, Floyd County Purdue Extension Educator, has known him since she started in 2013. He was a mentor to many, and he will be greatly missed in the community, she said.

He brought a “wealth of knowledge” as a Master Gardeners volunteer, she said, and he loved sharing his knowledge with others. He is the reason the county has so many wooden houses for bluebirds because he led the construction of several thousand boxes for the birds to nest.

“He encouraged other people to learn — to really involve themselves in something and learn about it,” Anderson said. “He just brought new knowledge and new perspectives to others.”

Joe Hinton, former Floyd Central basketball coach, said in a Facebook post that Weatherholt always had his back when things got tough, and they worked together when Weatherholt coached junior high basketball for him for five years.

“He was good at understanding the kids he taught,” he said. “He was particularly good with the kids who wanted more beyond the normal load of class work.”

Alison Tower Reid, a 1998 Floyd Central grad, said her high school science classes with Weatherholt were harder than any college science classes she took, and Weatherholt inspired her passion for science and nature. She now works as a certified nurse and midwife in Jeffersonville and is pursuing a doctorate in nursing practice.

Weatherholt wouldn’t let students do the bare minimum in his class — they had to put in an effort and actually learn to make it through the class, she said.

Reid recalls Weatherholt’s tradition of peeling oranges on test days so the smell could create a sense of calm for students — it has always stuck with her, and now, every time she smells an orange peel, she will think of her former teacher, she said.

“I will forever see him as a giant teddy bear with a big smile,” she said. “He was kind of quiet and reserved, and he always had a big smile for students. He was just a happy and gregarious kind of person.”