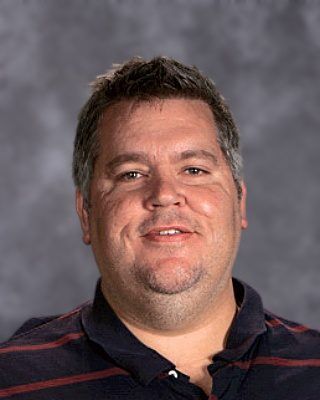 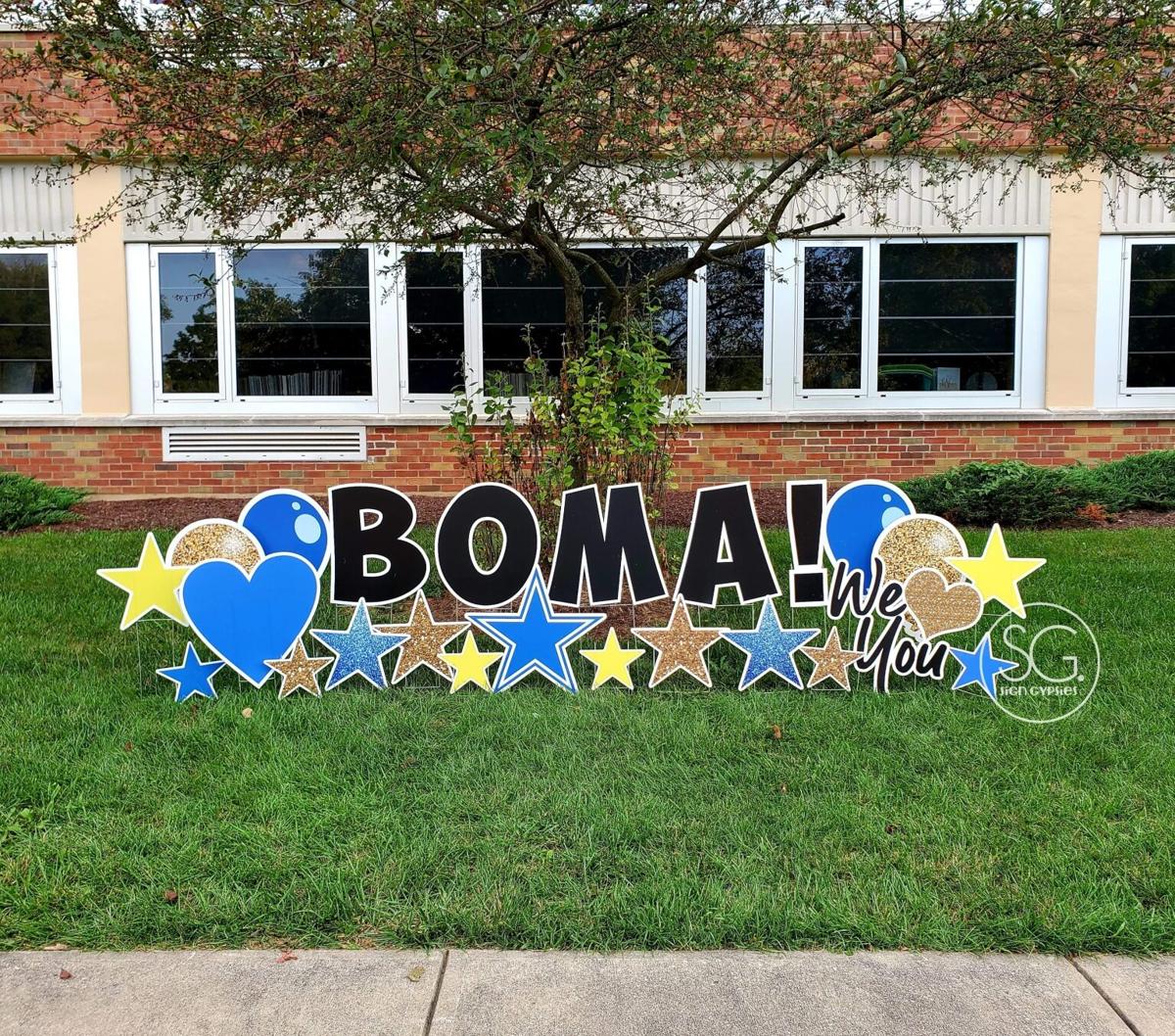 Signs with the letters B.O.M.A., representing the words “best of my ability,” were placed outside Hazelwood Middle School Monday in honor of Chad Neidiffer, a teacher who came up with the motto. Neidiffer died Saturday at age 45. 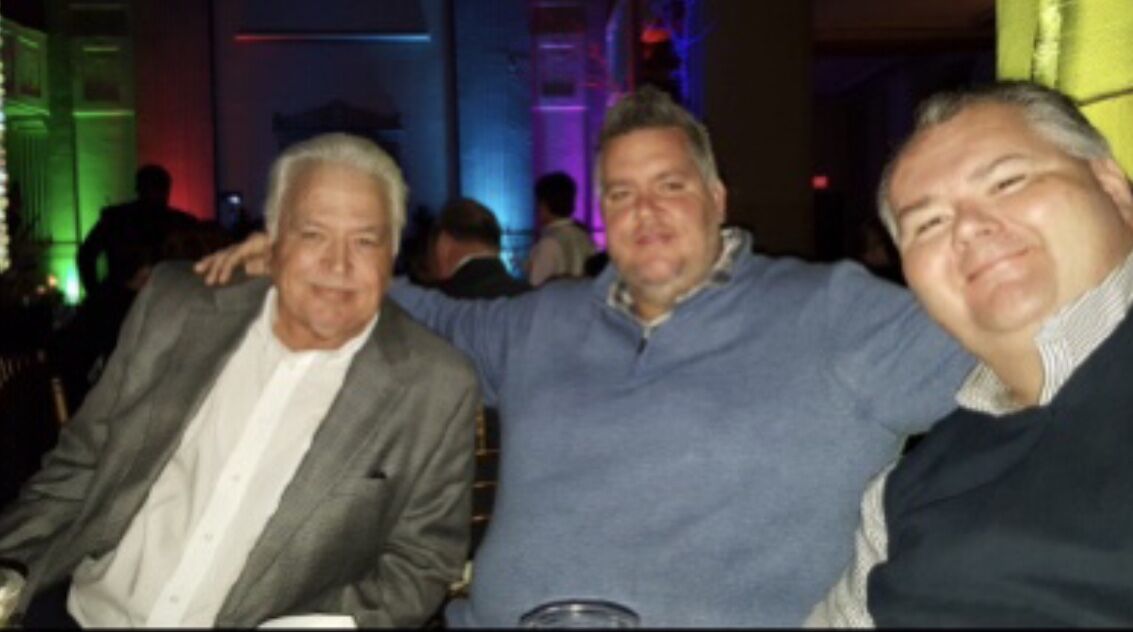 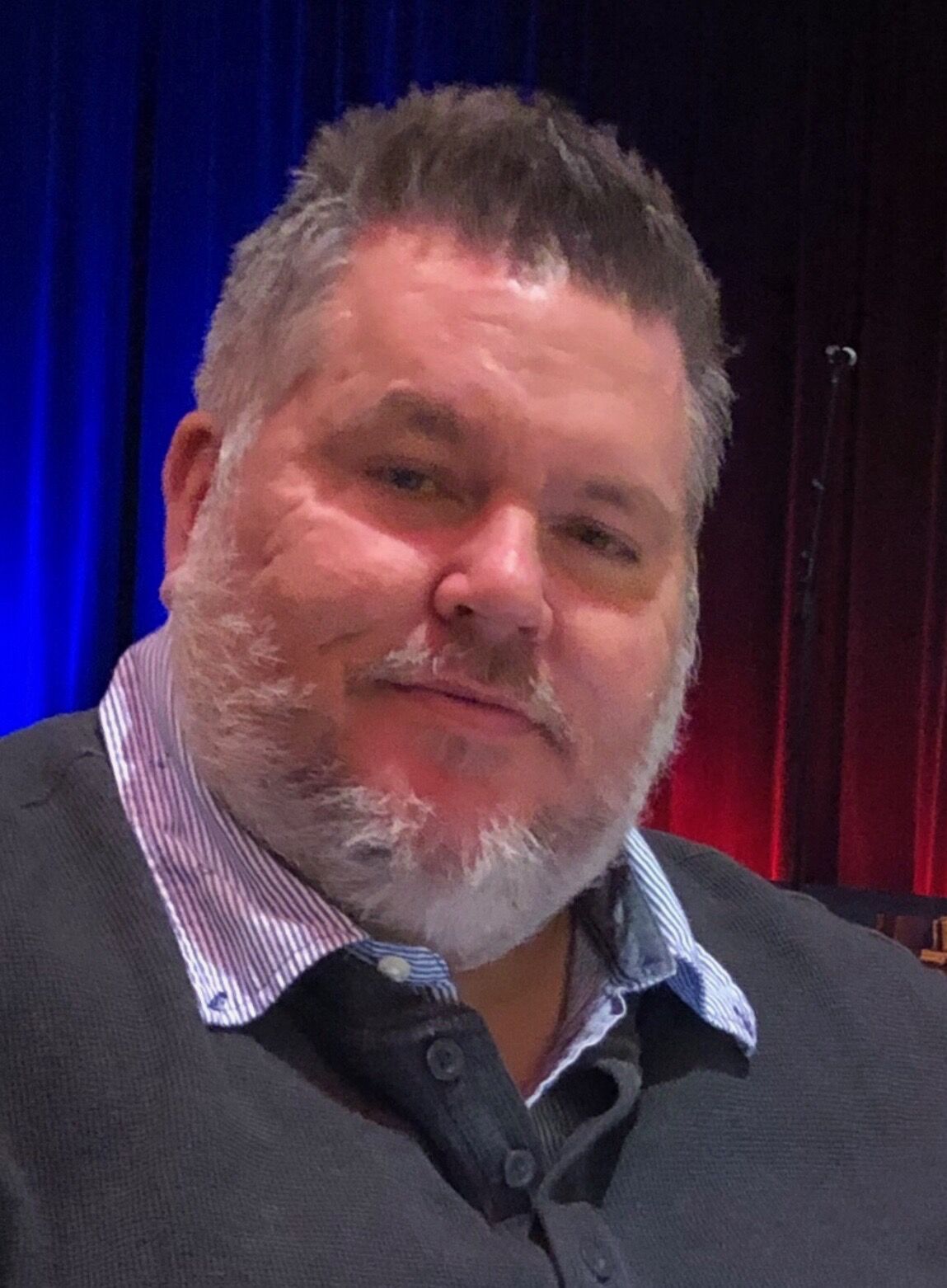 Signs with the letters B.O.M.A., representing the words “best of my ability,” were placed outside Hazelwood Middle School Monday in honor of Chad Neidiffer, a teacher who came up with the motto. Neidiffer died Saturday at age 45.

NEW ALBANY — The Southern Indiana community is remembering Chad Neidiffer, a longtime teacher in New Albany-Floyd County schools, as an educator and mentor who encouraged his students to be their best.

Neidiffer, an NAFC teacher for more than 20 years, died Saturday at age 45. He was a social studies and language arts teacher at Hazelwood Middle School in New Albany, and he previously taught at Slate Run Elementary in New Albany.

According to Neidiffer’s obituary, he was a “devoted” father and a “friend and mentor to many.” He was known for the motto B.O.M.A., which stands for “best of my ability,” and his messages of encouragement have left an impact on many of his students throughout the years.

NAFC Superintendent Brad Snyder said Neidiffer was a great man who was beloved by his students.

“He had a mantra that was B.O.M.A. — best of my ability,” he said. “And that was what he expected from his kids — to challenge yourself. He was loved by students and co-workers.”

Neidiffer’s family provided an emailed statement describing his legacy within the community.

“His high expectations for students were only surpassed by his unconditional love and support, which often lasted long after they left class,” the statement reads. “The result is that his kids often succeeded academically while developing a sense of personal accountability within a culture of mutual respect and care for others. Many of Chad’s former students continue to rely on the B.O.M.A. principals in their personal careers and families.”

Lindsay Johnson was in Neidiffer’s third/fourth grade split class, and as a third grader, she was nervous to be in a class with fourth graders. But Neidiffer helped the class feel like family, she said.

Whenever students were facing any issues or drama in class, he took the time to talk them through the issue and find a solution, she said.

“He could see that we were distracted and help fix the problem,” she said. “He was like, ‘let’s work this out, let’s get to the bottom of what’s going on and take as long as needed.’”

Neidiffer was also Johnson’s cross country coach, and she remembers how he was there to cheer her on during a meet her parents weren’t able to attend.

“He saw that I was in first place, and I’d never seen someone so giddy with excitement,” she said. “I swear, he jumped 10 feet in the air, and he yelled and ran along with me until I crossed the finish line. He was so supportive and energetic.”

Neidiffer was truly invested in his job as a teacher, Johnson said.

“I wish everyone would have had the opportunity to have Mr. Neidiffer in class,” she said. “He definitely made a huge impact on my life as well as my classmates.”

Megan Bliss, a math coach at Slate Run Elementary, said Neidiffer was a mentor for her about 10 years ago when she began substitute teaching. She spent most of her time as a sub at Hazelwood, and she spent many days in Neidiffer’s classroom, whether she was subbing for his classroom or observing him teach while she was subbing for another teacher.

Neidiffer was the person to turn to for learning about good teaching, and he had “a magic about him.” she said.

“He was just kind — he would take any kid in this world and teach them how to be respectful and be a good worker,” Bliss said. “He loved them so much, and they knew that he loved them.”

He held kids accountable to high expectations no matter who they were, she said, and he encouraged kids to achieve their goals.

“He really believed that every child could learn and every child can do good in the world, and he made the child believe it,” Bliss said.

NAFC will not be the same without Neidiffer, she said.

“He is a treasure,” Bliss said. “He not only taught students, but he had lasting impact on teachers, and they learned lessons they applied to their own classroom. His superpowers of teaching throughout NAFC and throughout classrooms, and his legacy will continue on.”

Cora Flispart worked as a substitute at Hazelwood Middle School several years ago, and for 14 weeks she worked across the hall from Neidiffer. She has worked in education for 44 years, and he was one of the best teachers she has ever encountered, she said.

“He was very friendly and very caring,” she said. “He was just completely the best teacher you could ever have. Just the way he greeted the kids — he was concerned about them, and he told them if you ever have a problem, let me me know.”

Each Friday, the kids in her class joined Neidiffer and his class for lunch, and he always greeted her students by name, she said.

Bailey Duff was in Neidiffer’s fifth-grade classroom at Slate Run Elementary about 12 years ago, and he was the “educator every student dreams of having and the one who changes every student’s life,” she wrote on Facebook.

“I will never forget sitting in his classroom as a young 5th grader not knowing what my future would look like,” she wrote. “Mr. Neidiffer never failed to help me shape that picture. He always told me he loved me and I would accomplish great things, and he would say it until he truly knew I believed it myself.”

Duff said she will always give him credit for helping her accomplish her goals.

“He deserves all the credit in the world for my accomplishments, and for the faith I gained in myself to accomplish my goals, but no matter how many times I thanked him and gave him credit, he never failed to look me in the eyes and say, ‘That’s all you, I’m proud of you, don’t forget it,’” she wrote.

Neidiffer’s family is presenting a drive-thru visitation from 2 p.m. to 5 p.m. Wednesday, Aug. 26, at Southeast Christian Church in Jeffersonville. In lieu of flowers, the family has asked for donations to the Chad Neidiffer Memorial Fund on Facebook to cover end-of-life expenses and provide for his family.

Neidiffer’s funeral will be livestreamed on the “Remembering Chad” Facebook page at noon Wednesday.