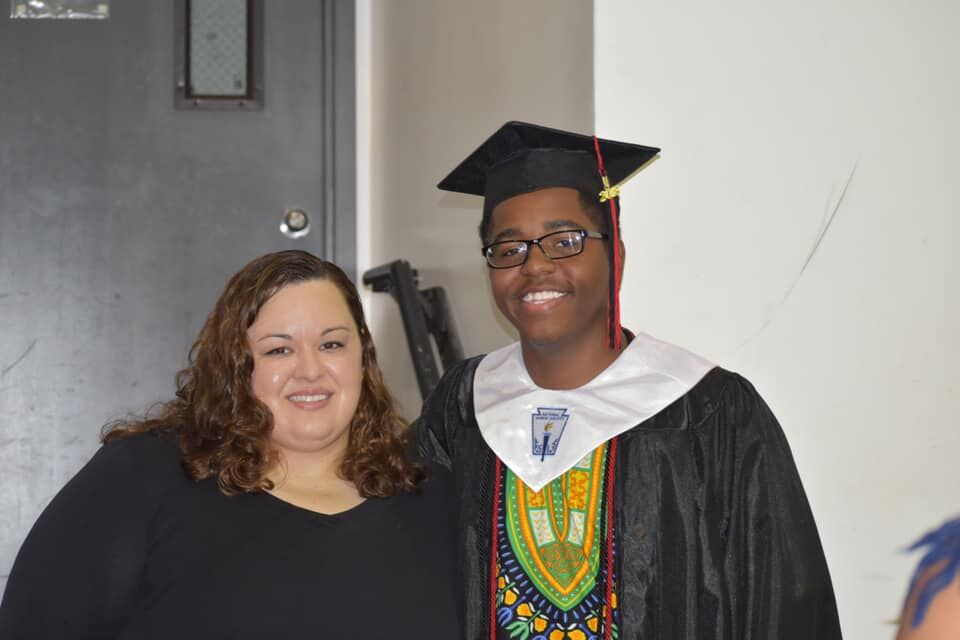 Melinda Roellig, a Rock Creek art/music teacher who died Sunday at age 37, is pictured with former student Carey Walls at his graduation. 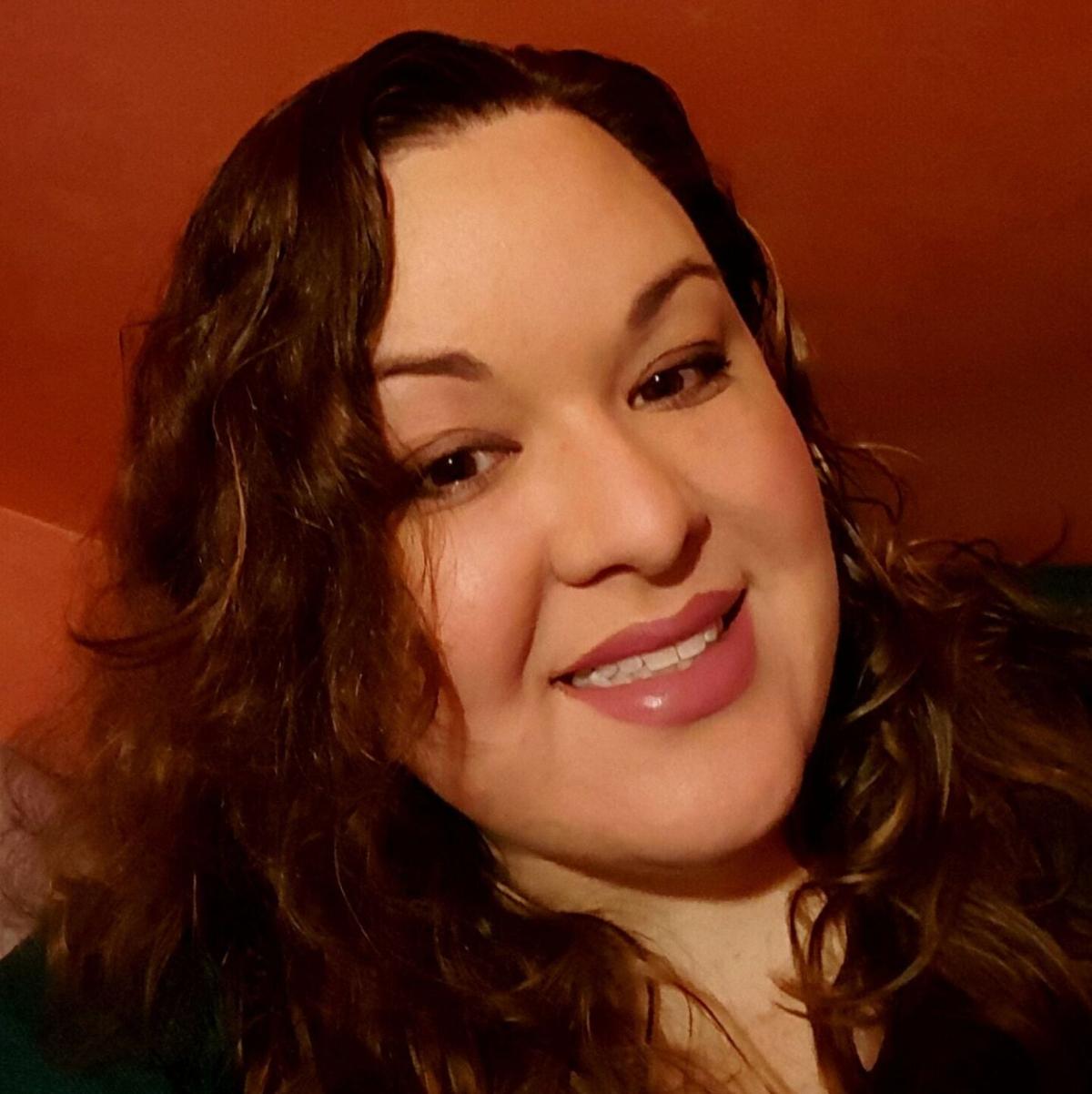 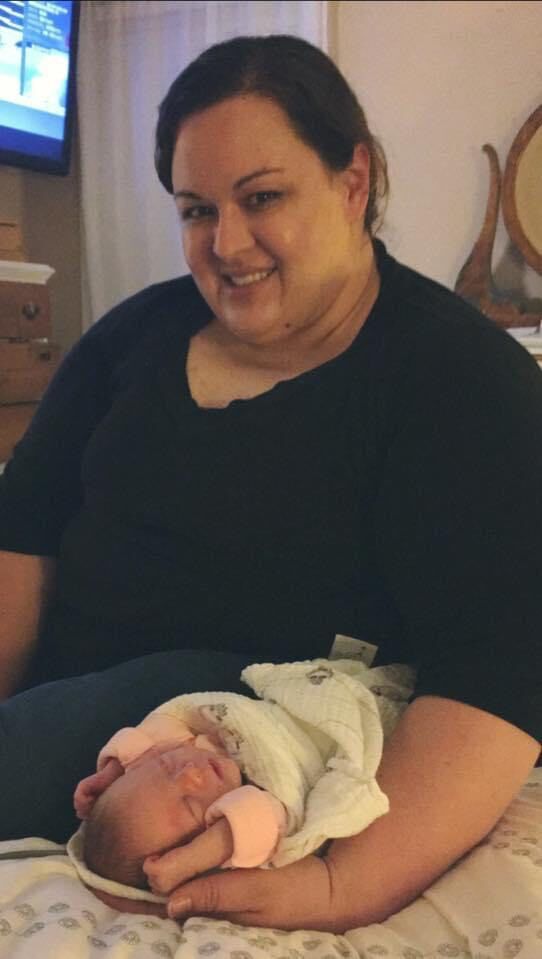 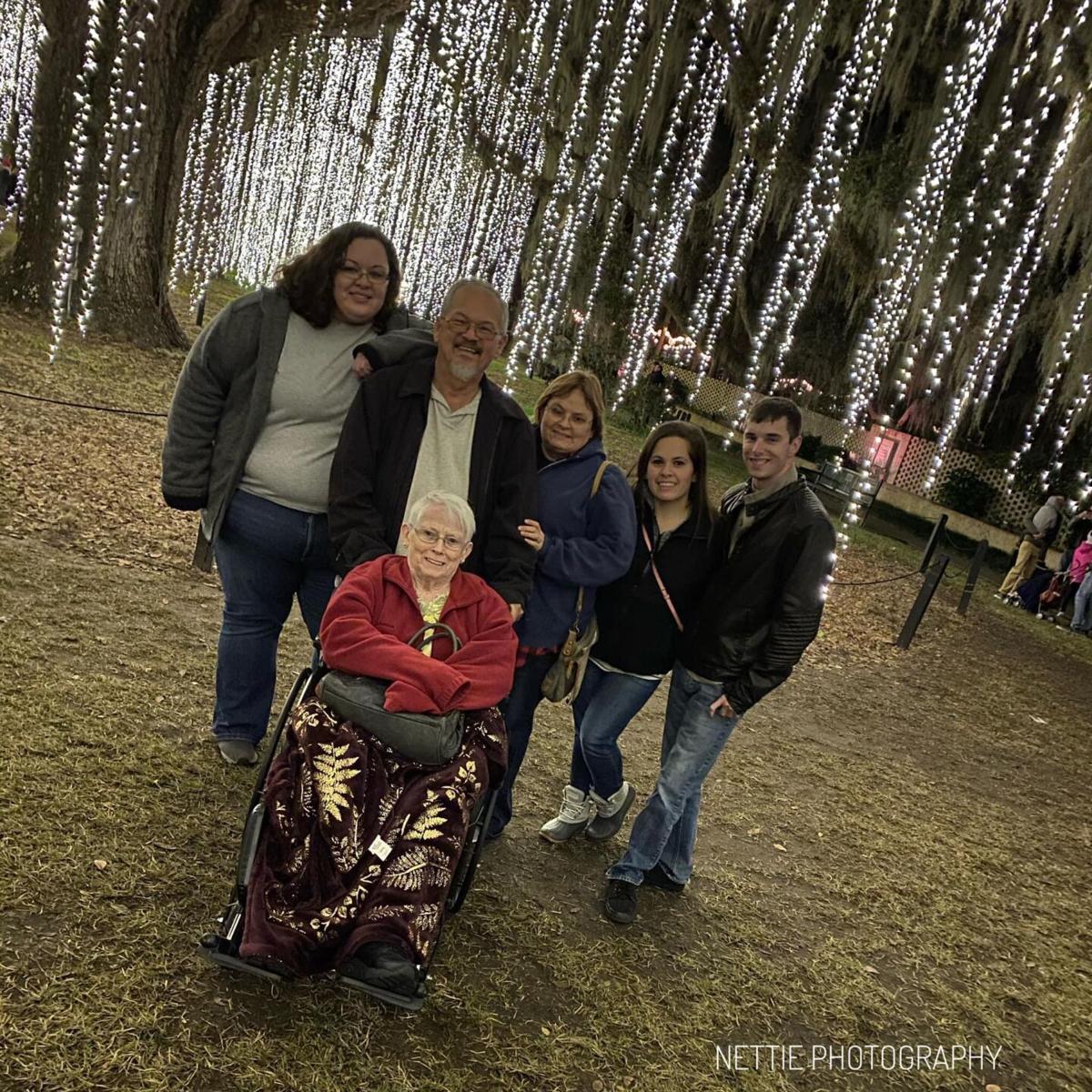 Melinda Roellig (top left) is pictured with her father, stepmother, sister, a family friend and her grandmother in a family picture.

Melinda Roellig, a Rock Creek art/music teacher who died Sunday at age 37, is pictured with former student Carey Walls at his graduation.

Melinda Roellig (top left) is pictured with her father, stepmother, sister, a family friend and her grandmother in a family picture.

SELLERSBURG — This Southern Indiana community is paying tribute to a beloved teacher who left behind a legacy of creativity, inspiration and kindness.

Melinda Roellig, 37, died Sunday from COVID-19. She was an art teacher and choir director at Rock Creek Community Academy in Sellersburg.

Those who knew Roellig remember her as dedicated teacher, artist and musician who adored Harry Potter, loved to cook and devoted her time to helping others.

Roellig had degrees in music education from University of Louisville, and she taught at Rock Creek for about 10 years. At school, she was known as “Ms. R.”

Emily Seay, a friend and former colleague, said Roellig had a “passion to see students succeed.” They worked together for five years side-by-side at Rock Creek. Seay taught history from 2013 to 2018, and Roellig’s classroom was just across the hall.

Seay said Roellig had a positive attitude, and she doesn’t recall hearing her complain about anything. Roellig was quiet but full of humor. She loved baking cakes from scratch and she was an animal lover who cared for rescue dogs at her Clarksville home.

At Rock Creek, she pushed for the formation of the school’s choir program. Rock Creek is a small school, but under Roellig’s leadership, the choir would consistently come home with gold medals at state contests, Seay said.

She was much more than a teacher to her students, she said.

“A lot of the kids who struggled academically, if you really wanted see their potential, you could go into her classroom,” Seay said. “Kids have different learning styles. You would see a lot of kids who struggled on your test, and you’d go in there and they have a masterpiece that looks like something that should be in a gallery. She was really good at working with students who just learned differently.”

Carey Walls was taught by Roellig from grades 6-12 at Rock Creek, and they stayed connected after he graduated in 2018. He first met her through the after-school choir program, and she taught him how to read music and play the saxophone.

“I think one of the biggest lessons she taught me was the fact that at end of the day, I will be OK,” he said. “She really taught that the most through the practicing of saxophone. I was very discouraged with myself, and I thought I was not good enough, I was not progressing…she taught me to just practice, and if it doesn’t sound good, you’re going to get better.”

Roellig also created a safe place for students, Walls said. When they needed to vent about anything, she would actively listen and offer advice.

“She would give us that tough love — things that maybe we didn’t want to hear but needed to hear,” he said.

William Paro, digital art teacher at Rock Creek, worked with Roellig for seven years. At the old Rock Creek building, Paro and Roellig worked together to paint murals in the hallway, and she was someone he could always joke around with when they talked after school.

She helped him out when he was new at the school, and he learned from her teaching philosophy. She approached her students as a friend they could trust — someone who would listen to and understand them.

“Her whole thing was diligence — kids are like I can’t do it on the first try, and her whole thing is, you have to buckle down and get it done,” he said. “Keep trying. Every failure is just one step closer to success.”

Former student Jessi Wren, was among the students inspired by Roellig. She was Wren’s music and art teacher from 2014 to 2016. Wren was involved in choir, and she took drum lessons from Roellig in middle school.

“She was always wonderful,” Wren said. “I got picked on by some kids in choir because I couldn’t sing very loudly, but she always encouraged and helped me.”

When Wren received a solo her junior year, Roellig gave her the “most improved award,” and she made sure Wren’s mom came to the ceremony to watch her daughter receive the award. She also encouraged the student to perform a solo at a music competition where Wren ended up winning a gold medal, which was something she never expected to accomplish.

“She always went out of her way for students she saw had potential and did what she could to encourage them,” Wren said. “I saw her do this with other students besides me, both in choir and in art. You could tell she really cared about her students and wanted them to be their best.”

Jessie Morlang, an English teacher at Rock Creek, worked with Roellig for three years. Roellig also taught her daughter, Maggie. When Rock Creek’s choir and solo ensemble made it to a state competition last year, there was a conflict in schedules, since Morlang had already committed to take her other daughter to a marching band competition around the same time.

However, Roellig stepped up to help, she said.

“She said, ‘I know the situation, I talked to Maggie, and I can take her and other students who don’t have a ride — we can make a day of it,’” Morlang said. “That’s just her personality to go above and beyond.”

Janee Simmons, a science teacher at Rock Creek, said Roellig was “caring, loving and encouraging” as a teacher. She has worked with Roellig since 2013.

“All the kids loved her, all the faculty loved her, and she was always willing to help us out in every way,” Simmons said. “She was a wonderful musician and a really, really great artist.”

Jeffersonville resident Erin Hester first met Roellig during their freshman year of high school when they played in the marching band together. Hester played clarinet, and Roellig played trumpet, and they immediately clicked.

They have remained good friends ever since, and Roellig was godmother to Hester’s daughter. Her friend’s “magic touch” was to bring out a child’s best, Hester said.

“She had an ability to bring out what was hidden out of a child,” she said. “My daugher, she played clarinet, and she wanted to quit for a bit. We had her do some lessons with [Roellig], and she brought her love of music back. She had that effect on kids.”

This Sunday, Hester is presenting a “virtual memorial” for Roellig where people will share pictures of her on Facebook, post what they loved about her and watch her favorite ‘Harry Potter’ movie.

“At a time like this with not being able to say goodbye, this is our way of saying goodbye,” she said.

Roellig was always talking about her students, and she always put them first, according to her sister, Alexandra Roellig. It has been touching for her to see people’s stories about her sister’s influence as a teacher.

“I never got to fully grasp the impact she had until I lost her,” Alexandra said. “I’m hearing all these stories from students about how she changed their lives.”

Alexandra said her sister’s passing from COVID-19 was sudden, and she died a week after first showing symptoms.

“She was healthy with no prior conditions,” she said. “I want people to take [COVID-19] more seriously — it can affect anyone and it doesn’t discriminate.”

Roellig’s father, James Roellig, said his daughter has “always been a good kid,” and she was the type to help people she didn’t know.

“She’s a hard-working, dedicated individual who’s always looking after her students,” he said.

Roellig’s family has decided not to have a viewing due to the recent increase in COVID-19 cases and the number of relatives in the high-risk category, Alexandra said. The family plans to present memorial services in both Indiana and South Carolina when it is safer to gather.

As Alexandra writes the obituary and eulogy for Roellig, she is thinking of a line from ‘Harry Potter’ that her sister would often quote when life got tough.

“Happiness can be found, even in the darkest of times, if one only remembers to turn on the light.”