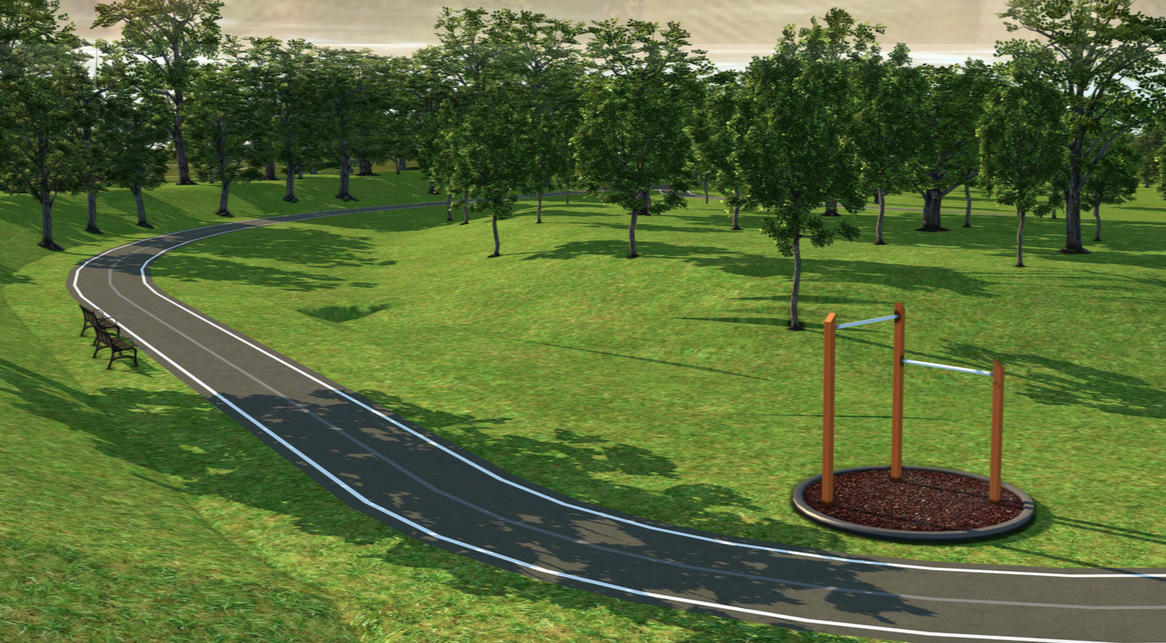 A rendering of Shirley’s Arbor, which will be constructed this year in Jeffersonville, is pictured. 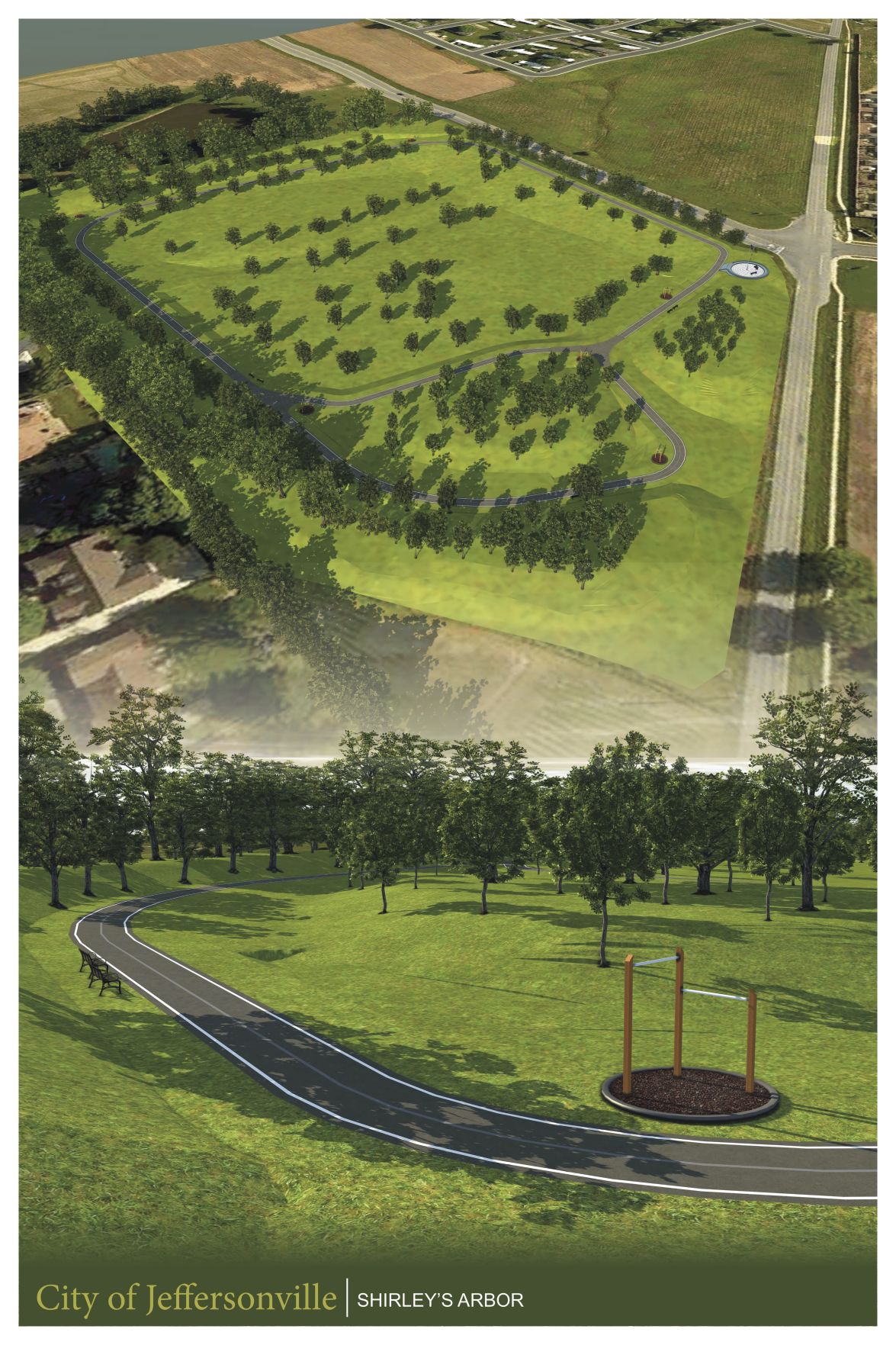 A rendering of Shirley's Arbor, which will be constructed this year in Jeffersonville. 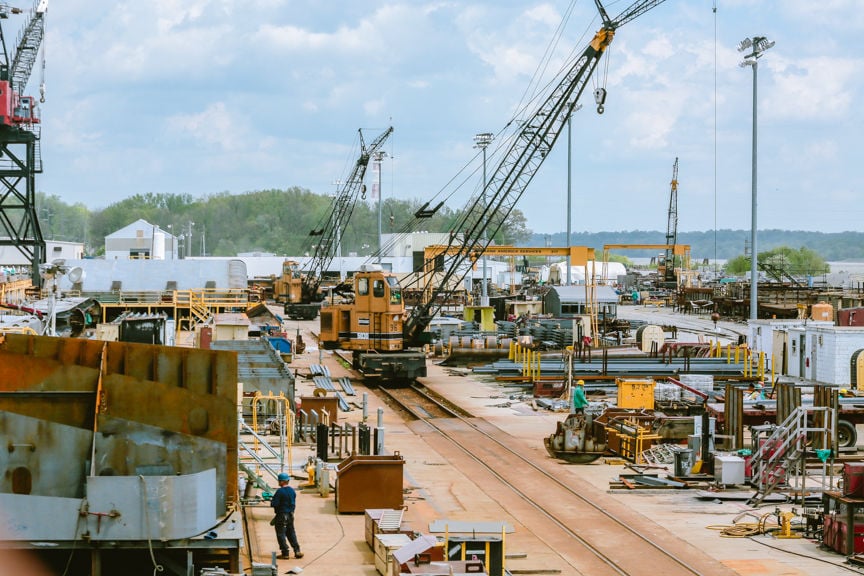 Jeffboat consisted of many service areas, steel yards and assembly and production lines, spanning almost 80 acres on the Jeffersonville shoreline.

A rendering of Shirley’s Arbor, which will be constructed this year in Jeffersonville, is pictured.

A rendering of Shirley's Arbor, which will be constructed this year in Jeffersonville.

Jeffboat consisted of many service areas, steel yards and assembly and production lines, spanning almost 80 acres on the Jeffersonville shoreline.

JEFFERSONVILLE — The primary purpose of Shirley’s Arbor is to alleviate some of the stormwater drainage concerns affecting hundreds of households, but the retention pond will also include a meandering walking path, exercise stations and 125 new trees.

The Jeffersonville Redevelopment Commission approved Wednesday a construction contract of more than $400,000 to move forward with the project on about 14 acres of land near the intersection of Charlestown Pike and Woehrle Road. Temple & Temple Excavating & Paving submitted the lowest bid and was approved for the work.

Mayor Mike Moore said it will be a substantial improvement for drainage in the area. Multiple neighborhoods in the area including Buttonwood, Golfview and Northaven should benefit from the stormwater retention basin.

Last year, Moore met with several residents from the surrounding neighborhoods about the project. The park is named in honor of the former landowners of the site, John and Shirley Woehrle.

Moore said the Woehrle family gave so much to the community, so naming the park after the late Shirley Woehrle was the right thing to do. The idea to add five exercise stations on the path was the idea of the couple’s daughter, he continued.

Moore anticipates work will begin at the site within 30 days.

“By the end of this year you should see not only a huge retention area fixing flooding problems, but you’re also going to see a beautiful park,” he said.

Multiple redevelopment commission members questioned administration officials Wednesday about the status of the former Jeffboat property along the Ohio River.

The ship builder closed in 2018, and the future of the property has been the topic of redevelopment discussions as city officials have stated their desires to see it transformed into a viable asset for Jeffersonville.

Redevelopment commission member Duard Avery said “there’s a lot of rumors” about the site and activity at Jeffboat.

“Be careful listening to rumors because I’ve heard more than my share over the last eight-and-a-half years,” Moore responded.

Both Moore and Redevelopment Director Rob Waiz told commission members there was no news to announce as of Wednesday.

On Thursday, Moore said there’s not much to update on the Jeffboat property. City officials have discussed in the past wanting to partner with a developer on the site, but Moore said the property is owned by an out-of-state venture capital group that doesn’t want to have a conversation about environmental remediation.

“As magnificent as that piece of property will be some day, I think there are a lot of environmental concerns,” Moore said. “Not only the City of Jeffersonville, but any developer who would be interested in that property is going to make sure it’s a clean site.”

The city offered to foot an environmental study at a cost of over $400,000, but the owners declined, he continued.

“It’s frustrating. It could be a real jewel for the city, but the owner is being difficult,” Moore said.