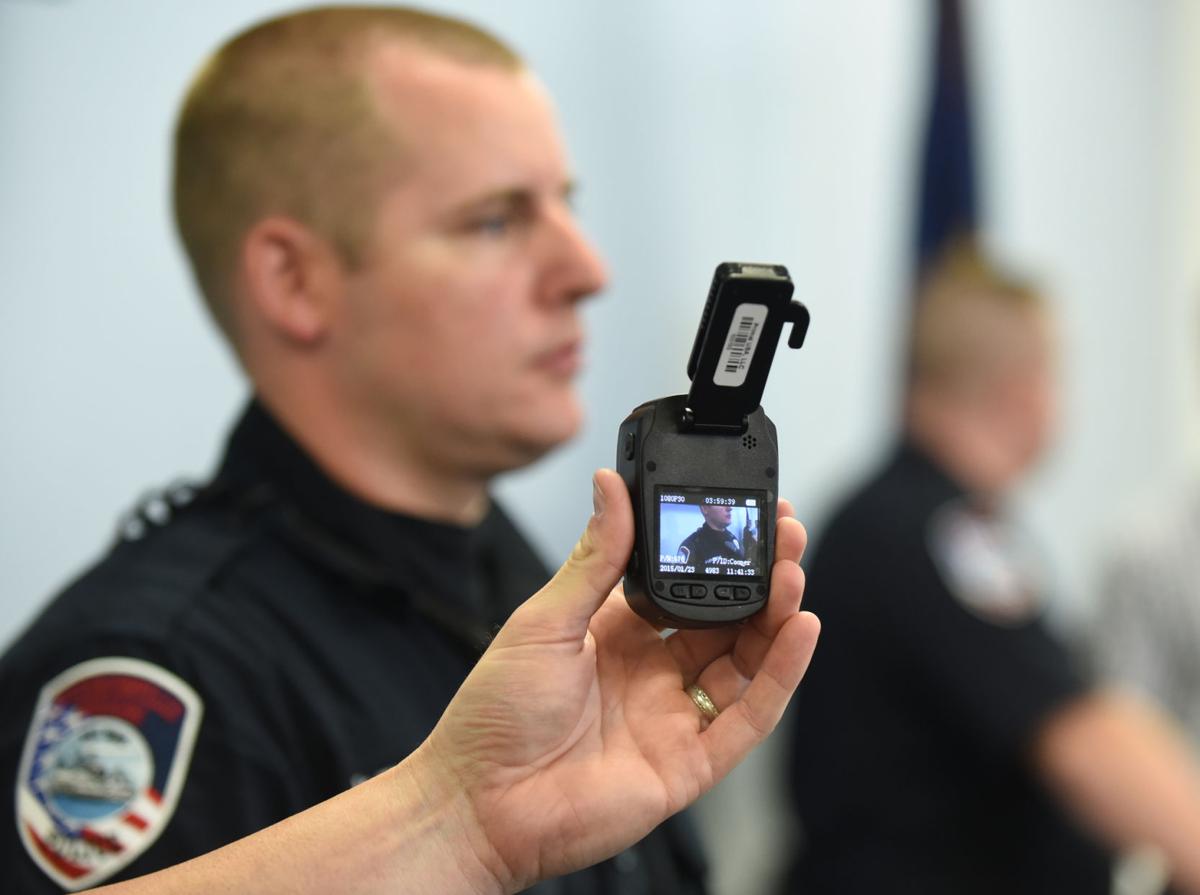 Jeffersonville Police Cpl. Todd Wilson holds a body camera that his department's police officers started wearing in May 2014 in this file photo. 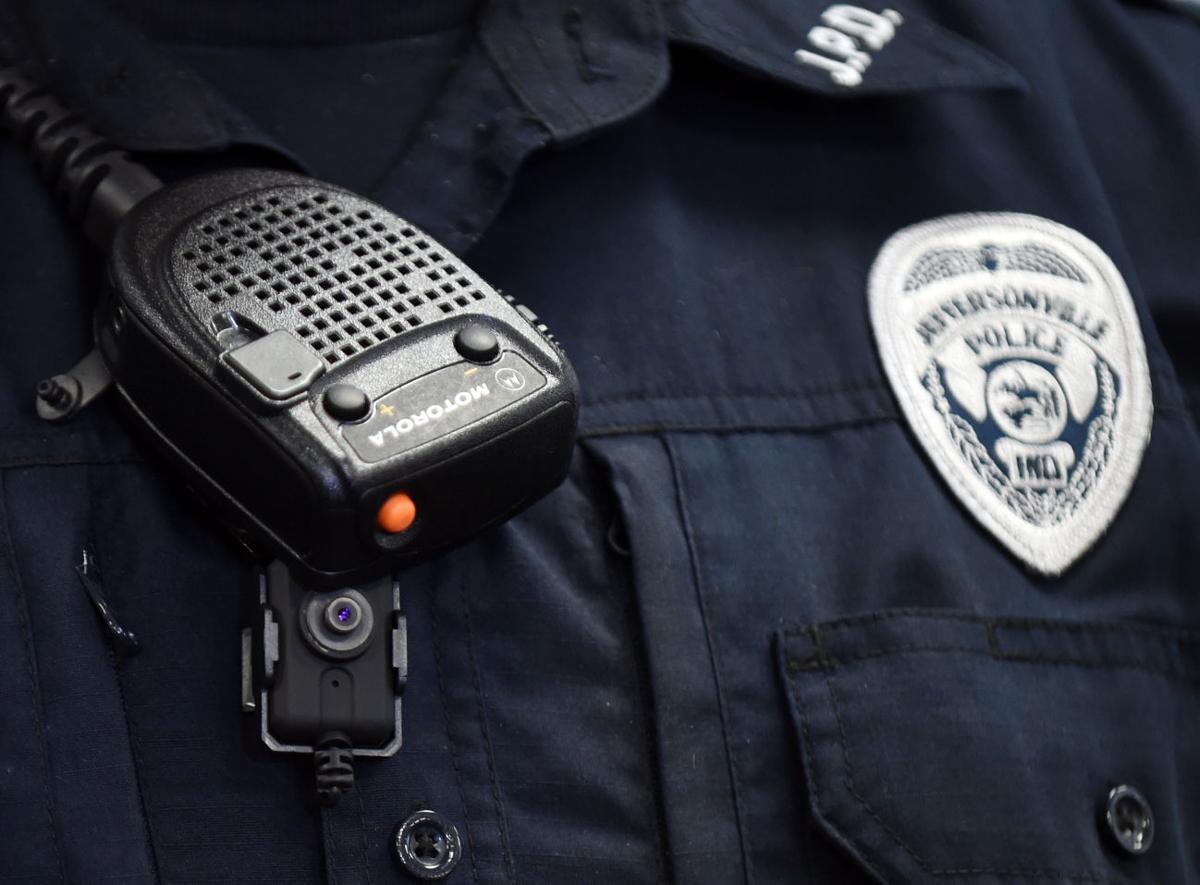 The Jeffersonville Police Department unveiled body cameras in 2015, but they suspended the program in 2016 because of increased costs associated with a new state law requiring footage be stored for at least 190 days. 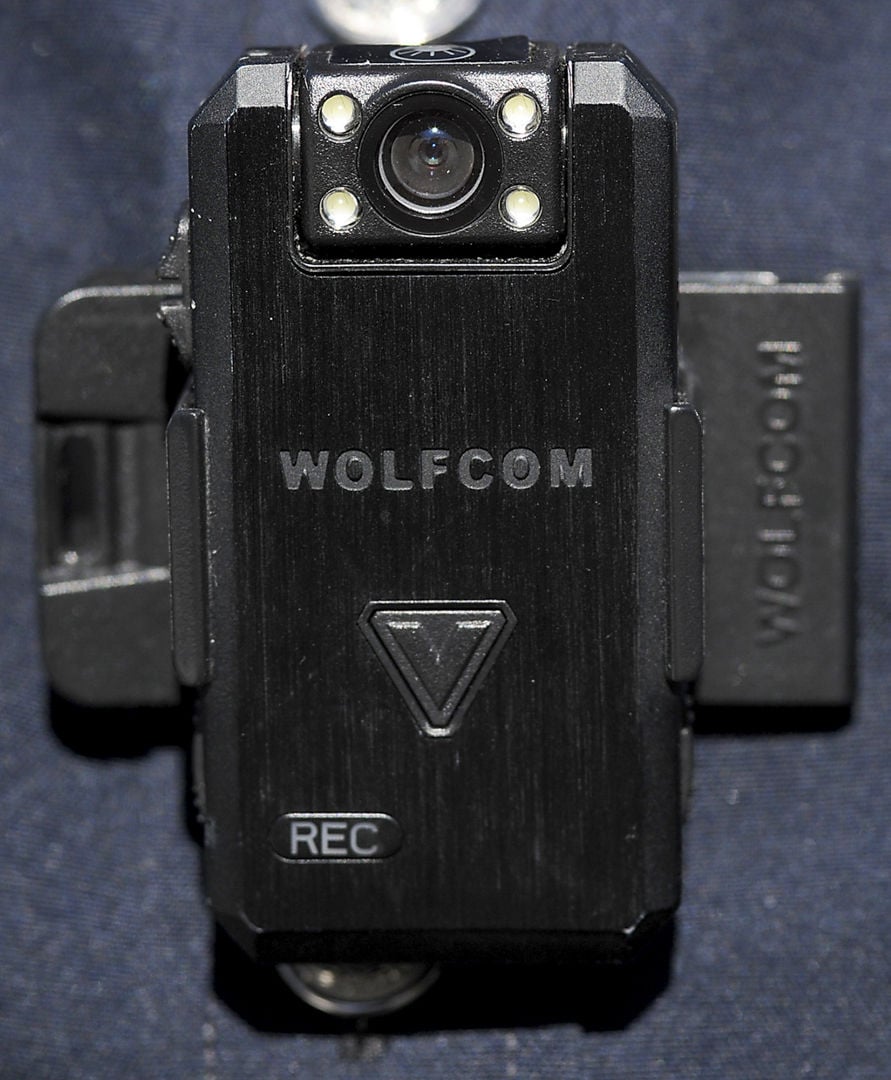 The Rockville Police Department has recently acquired six new body cameras, two of which were funded by the Parke County prosecutor and the rest purchased with grant money. 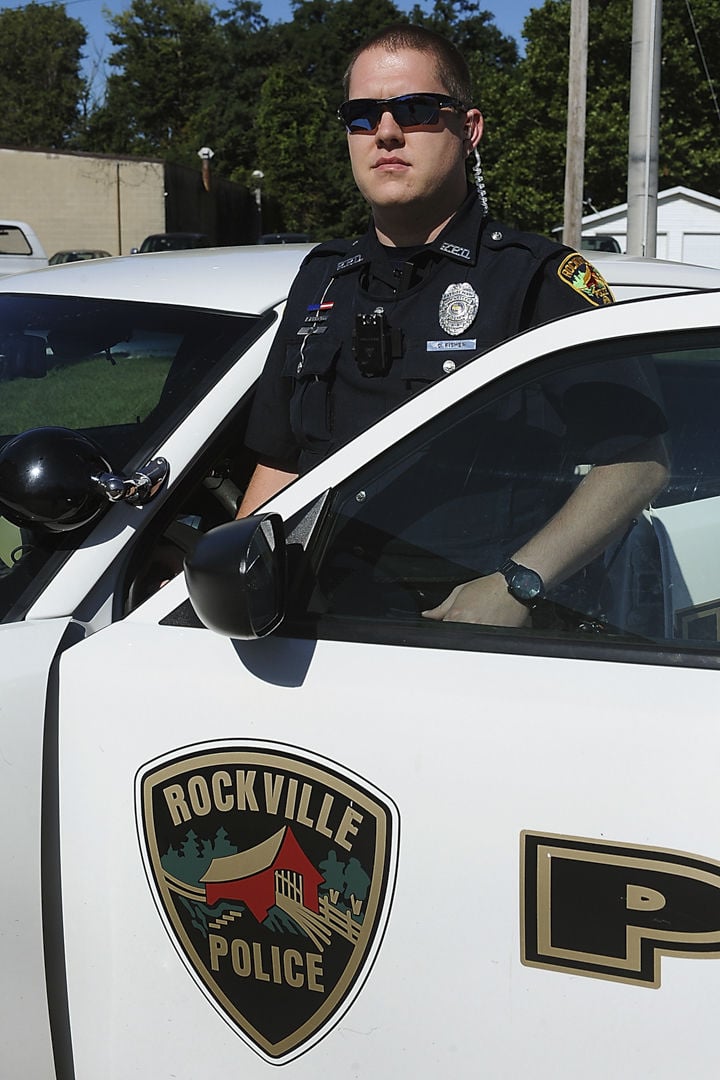 Jeffersonville Police Cpl. Todd Wilson holds a body camera that his department's police officers started wearing in May 2014 in this file photo.

The Jeffersonville Police Department unveiled body cameras in 2015, but they suspended the program in 2016 because of increased costs associated with a new state law requiring footage be stored for at least 190 days.

The Rockville Police Department has recently acquired six new body cameras, two of which were funded by the Parke County prosecutor and the rest purchased with grant money.

INDIANAPOLIS — In the small Parke County town of Rockville, population 2,591, police officers are donning new body cameras before they head out on patrol.

The cameras are new, but the practice is not.

Rockville’s five full-time officers have been equipped with the technology — though an earlier version of it — since 2013.

Rockville Assistant Police Chief Bill McMichael said police agencies across Indiana would be wise to follow suit, to protect their officers and citizens.

But there’s a big barrier: Cost, of the both the cameras and the indefinite storage capacity needed to download data daily.

“We have a lot smaller expense involved [in cameras] than most police departments,” said McMichael, whose town is a county seat surrounded by leafy hills and hollows that are home to a covered bridge festival each October. “We only needed a few cameras versus big departments that would need hundreds.”

Rockville is one of the few police agencies in Indiana — including Clarksville and Jeffersonville locally — to equip officers with body cameras as part of an effort to improve trust with its citizens. Many are in smaller communities, where departments have used grants and private donations to buy cameras that cost $600 to $1,000 each.

In Rockville, a private foundation put in money, along with the Parke County prosecutor’s office, which tapped into its asset forfeiture fund — money seized from criminals.

The 16 officers in the Parke County Sheriff’s Department got cameras that way, too.

Sheriff Justin Cole pays for data storage out of the jail commissary fund.

“It’s the only way we could afford it,” he said.

Some departments are equipping just a portion of their force with the cameras, as they search for independent funding or wait on a promised $20 million in grants from the U.S. Justice Department to help local police buy them.

In Indianapolis — easily the state’s largest biggest city — a seven-month pilot program that equipped a small number of officers with body cameras came to an end in July, after department leaders were unsure they could afford to continue it.

Police Chief Rick Hite says the body cameras have value and helped capture footage of a fatal, officer-involved shooting in April. But equipping all of his department’s 1,200 officers would cost about $2 million — money that’s not in the department’s budget.

That $2 million price tag doesn’t include maintenance, nor the steep costs for managing volumes of video footage that may need to kept for months or even years for trials, investigations and public access.

Bloomington Police Chief Michael Diekhoff, who also serves as president of the Indiana Association of Chiefs of Police, says outfitting police with cameras to capture their interactions with the public is a good idea.

“It’s something the public is going to demand,” he said. “But there are long-term costs associated with it that will have to be paid for with taxpayer money.”

Diekhoff started equipping his officers with body cameras in 2013. But only about 25 of the 100 uniformed officers have them.

“We’re slowly adding more, as we can afford it,” he said.

Diekhoff had to delay rollout of his department’s body cameras after lightning struck a radio tower at the Bloomington police station, causing $100,000 in damage and taking out the computer servers upon which the body camera data was to be stored.

When the city’s technology experts advised him on how much data storage he’d need for his officers’ video footage, Diekhoff was skeptical: “I told them to double it.”

Just how much footage police departments will need to capture and store is uncertain. That complicates their calculations of data costs.

The issues of access and cost have been the subjects of a legislative committee this summer.

This week, state Public Access Counselor Luke Britt told the Interim Study Committee on Government that body camera footage isn’t specifically covered by the Indiana open-records law, so there’s no clear guidance for police on how long to store data or what needs to be stored. The committee heard a range of cost estimates for storage, security and personnel costs involved in monitoring the footage and reviewing public-access requests.

The state’s Office of Technology, for instance, charges state agencies about $1,000 for every terabyte of data stored. It’s unclear how much storage capacity police agencies would use, lacking a uniform state policy.

Big cities incur big costs: One expert told the committee that Oakland City, with 770 officers downloading 7 terabytes of data each month, spends about $500,000 on data storage, security and personnel who review footage for public-access requests.

Jurisdictions across the country vary widely in how they approach body camera footage. At least 10 states have passed laws dealing with cameras worn by law enforcement. South Carolina was the first state to mandate that police be equipped with body cameras, but it also exempted the footage from its open-records law, citing privacy concerns.

Diekhoff said police agencies in Indiana may delay adopting or expanding use of body cameras until the Legislature sets guidelines.

“Whatever they decide,” he said, “could have a big impact on us.”

— Maureen Hayden covers the state for the CNHI newspapers and websites in Indiana. Reach her at mhayden@cnhi.com. Follow her on Twitter @MaureenHayden