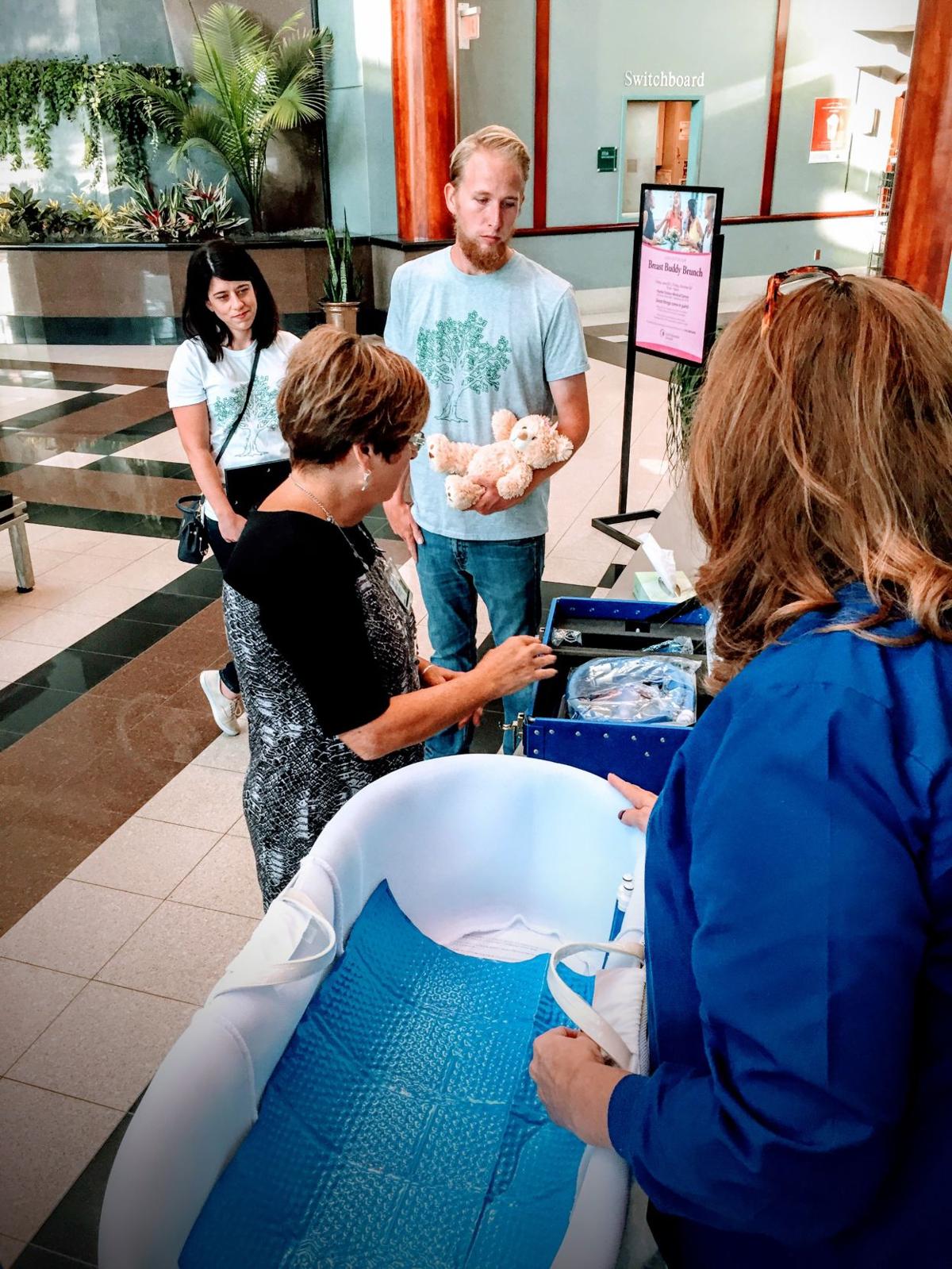 Amber and Jordan Hook listen as Penny Baity, acting director for the Women’s Health Services for Clark Memorial, and chief nursing officer Kathy Neuner discuss how to operate the CuddleCot, which was donated by the Hooks in memory of their daughter, Eleanor Catherine. 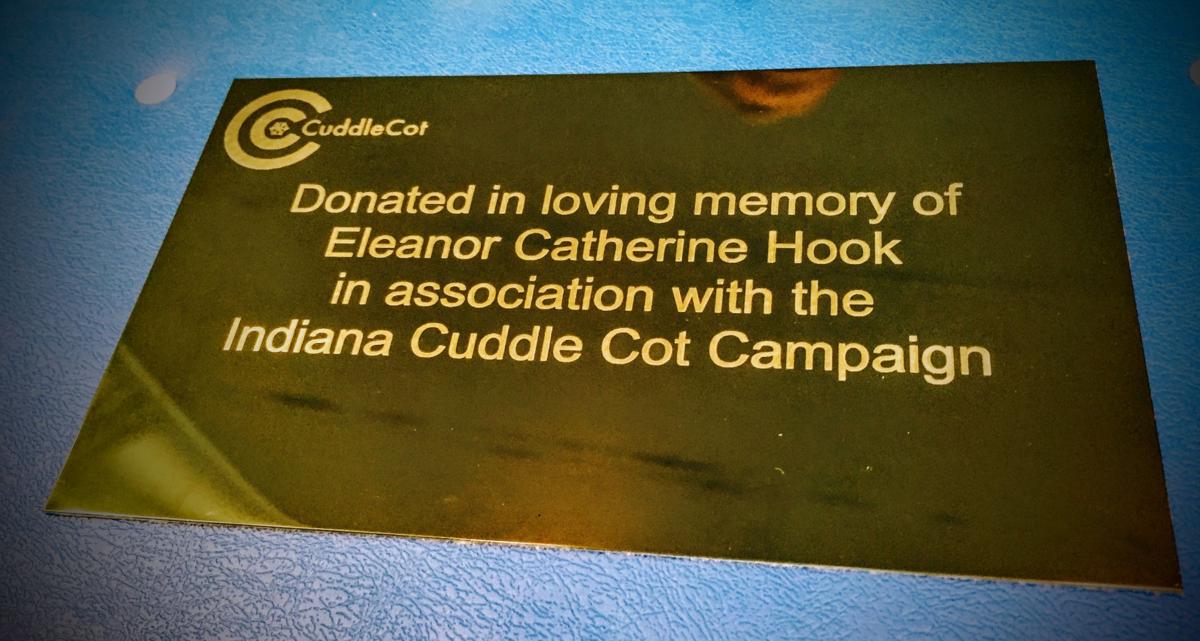 Amber and Jordan Hook of Jeffersonville donated a CuddleCot to Clark Memorial Health on Tuesday in honor of their daughter, Eleanor Catherine, who was delivered stillborn on Oct. 25, 2017.

Amber and Jordan Hook listen as Penny Baity, acting director for the Women’s Health Services for Clark Memorial, and chief nursing officer Kathy Neuner discuss how to operate the CuddleCot, which was donated by the Hooks in memory of their daughter, Eleanor Catherine.

Amber and Jordan Hook of Jeffersonville donated a CuddleCot to Clark Memorial Health on Tuesday in honor of their daughter, Eleanor Catherine, who was delivered stillborn on Oct. 25, 2017.

JEFFERSONVILLE — Just a few more minutes with Eleanor Catherine – that’s all Amber and Jordan Hook wanted when their daughter was delivered stillborn.

Unfortunately, in the midst of their unexpected traumatic experience, time was extremely limited with their daughter before she was removed from the room.

That was Oct. 25, 2017, a much-anticipated day that became unforgettable for all the wrong reasons for the Jeffersonville couple.

Since then, the two have journeyed together through a myriad of emotions. They’ve worked to process their heartache by finding comfort in their memories of the brief few moments they had with Eleanor.

Still emotional as they work through the grieving process, they find themselves talking about how that day could have gone differently.

“We talk about her a lot,” Amber said. “And, we just wish we had a little bit more time with her.”

Now, nearly a year after Eleanor’s passing, the Hooks have made a donation to the hospital in their daughter’s honor that will give other grieving parents the time the couple wishes they had with their child.

Through custom-designed T-shirt sales and a GoFundMe campaign, the Hooks raised $3,000 from family, friends and even strangers to provide Clark Memorial a CuddleCot.

Presented by the couple on Tuesday, the CuddleCot is a soft and flexible cool pad that allows loved ones more time to bond with a stillborn baby.

Penny Baity, acting director for the Women’s Health Services for Clark Memorial, explained the pad is placed in a bassinet that came with the donation for the infant to rest on.

Additionally, the pad can be placed under the infant so loved ones can hold the child in their arms in the room longer before the child is taken away.

“It’s so much better for our parents if they have an opportunity to have the baby in the room with them at all times … rather than being taken away then brought back a little later,” Baity said.

When a baby is born without a heartbeat, even 15 minutes can make a big difference in the infant’s appearance, Baity said.

“It can make the baby almost unrecognizable” for parents, which creates more trauma for them, she said.

“When it happened, it felt like we were the only ones – that it didn’t happen to anyone else,” Jordan said.

Kathy Neuner, the hospital’s chief nursing officer, told the couple that is a natural feeling in a situation that turned from joy to tragedy. Everything happens so quickly, and it is hard for parents to process what’s going on, she said.

A birthing center “always seems like the happiest place in the world until it’s not,” she said.

She praised the couple for their thoughtfulness in wanting to help the hospital staff care for others who will endure the pain and loss they’ve already experienced by giving them more time with their babies before saying goodbye.

Baity said there are at least one to two stillbirths a month at the hospital.

“Sadly, this will be used quite often,” she said, “but it will provide such comfort to so many parents in Eleanor’s honor thanks to the Hooks.”