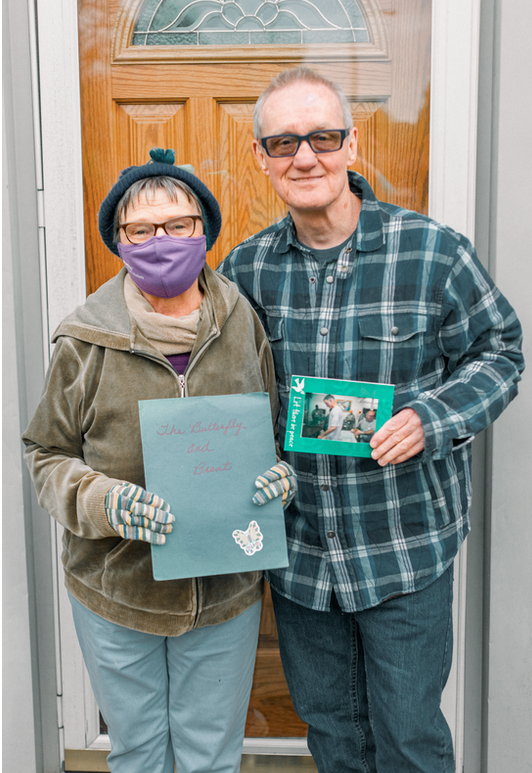 Vickie and Patrick Eaton donated to Oxford House Trails in memory of his son, Brent. 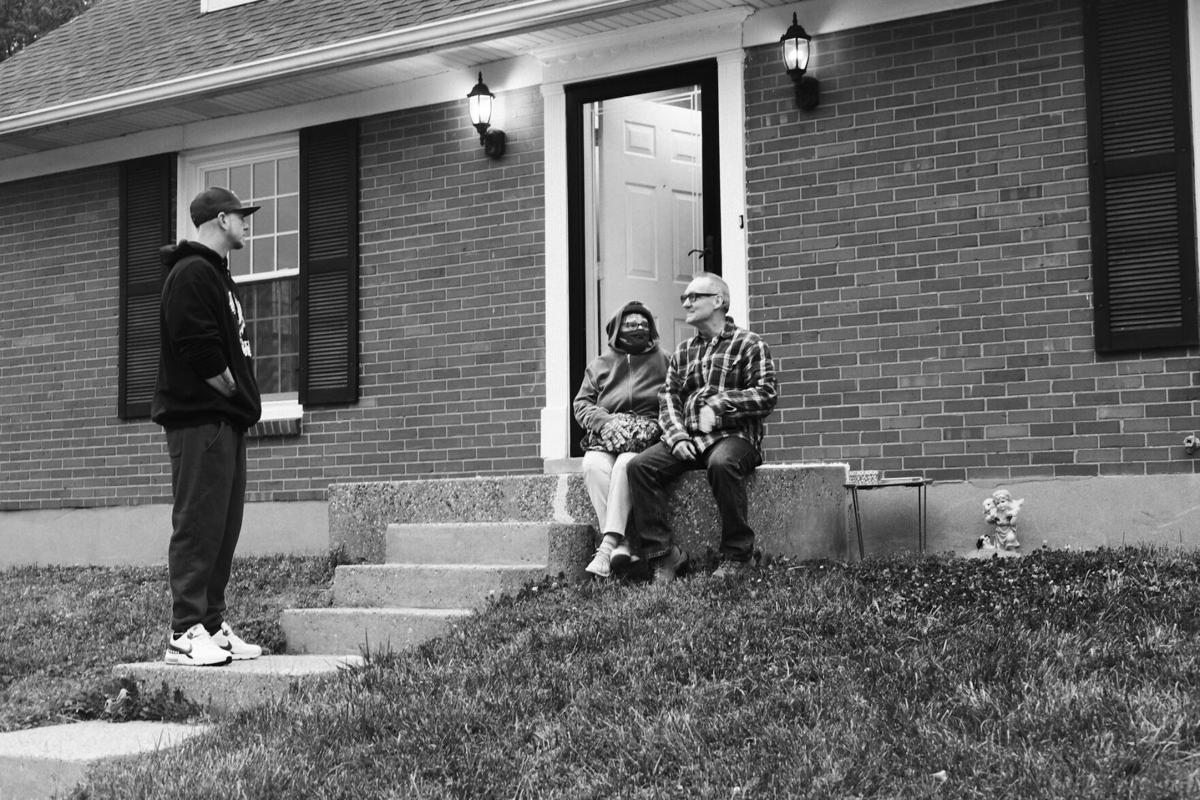 Vickie and Patrick Eaton, on stairs, talk with John Benningfield at the Oxford Trails men’s recovery house in Clarksville. The Eatons brought a donation to the newly opened home, two years after the death of their son Brent, who passed away too soon from his addiction.

CLARKSVILLE — Two years to the day after a Louisville couple lost a loved one due to addiction, the pair has found a measure of healing in supporting a recently-opened men’s recovery home in Clarksville.

When Vickie Eaton read a news article about the opening of Oxford House Trails, the first recovery home in Southern Indiana specifically focused on fathers, she and her husband, Patrick, decided they wanted to help. Eaton said she hoped it could bring healing to her husband, who lost his son Brent to addiction in May 2019. He was 39.

Several weeks ago, the two visited the Clarksville home with a $500 donation raised from friends and family donating in $25 increments. They also brought a statue of a father and child to place outside the home, so that men passing it each day could be reminded of the children who need them.

Eaton said she hoped that by helping, her stepson’s death could go on to help others — people who are working on their sobriety while also working to build or rebuild strong relationships with their kids.

“That to me was the cause I needed,” she said.

John Benningfield, a man in recovery who helped open the house and helps lead it, said he didn’t know about the Eatons’ donation until the day they brought it, but very much appreciates the support. It was used to buy a TV and stand for the kids’ area of the house, for those who either live with or are visiting their fathers there.

He added that the house, which opened a few months ago, has five beds filled of the six spots that have there for people in recovery. Oxford houses operate on a model where all members of the household are equal contributors, sharing responsibility and say in what happens there.

“Houses like these need to be made aware of and have more of them.”

Eaton said her stepson, Brent, came into her life when he was 15, when he moved from Lexington to live with her and his father in Louisville. She said while she understood he had his struggles even then, “he also had an innocence about him.”

His stepmother recalled the time Brent brought home an injured butterfly in hopes of nursing it back to health. Eaton said they put it in a cardboard box with grass and water droplets. The next morning, she found he’d also placed some dried Cheerios in the box, “which to me just showed his innocence, still the little boy in him,” she said.

Eaton said she and her husband had lived with Brent’s addiction since 2002, so it’s quite familar to her. She said she knows others may not be as aware. She recalled a person she knew telling her they didn’t know anything about drugs, to which she responded “then you need to get down on your hands and knees every night [and thank God] that you don’t know anything about it,” she said.

She added she wishes more people in general understood that “it really does become an illness,” she said. “The other thing is no one can ever say ‘my child will never do anything like that.’

When she and her husband visited the home, they talked with Benningfield and another man who lives there.

“It was very personal and I could see my husband receiving some healing in sharing stories,” she said. “It had been hard for him to talk about it and I was seeing it was helping talking to these men. They understood, that’s the thing.

“The main thing they told us is ‘it’s nothing you could do; you cannot feel guilty, you can’t feel what could I have done more because it has to come from them.”

“They were just very personable, we felt very good.”

Benningfield said the two were happy to talk with the Eatons, and appreciate the statue they brought.

“Of course I’m all for it,” Benningfield said. “If it helps her family out with closure, brings a little peace, that’s kind of what we’re about.”

To learn more about the Oxford House model or to find vacancies based on location, go to www.oxfordhouse.org. To get more information on applying to live at the new Oxford House Trails home in Clarksville, call John at 812-318-4727 or email Amy Collins at amy.collins@oxfordhouse.com.

Dressers are still needed at the home, adult or child-sized.