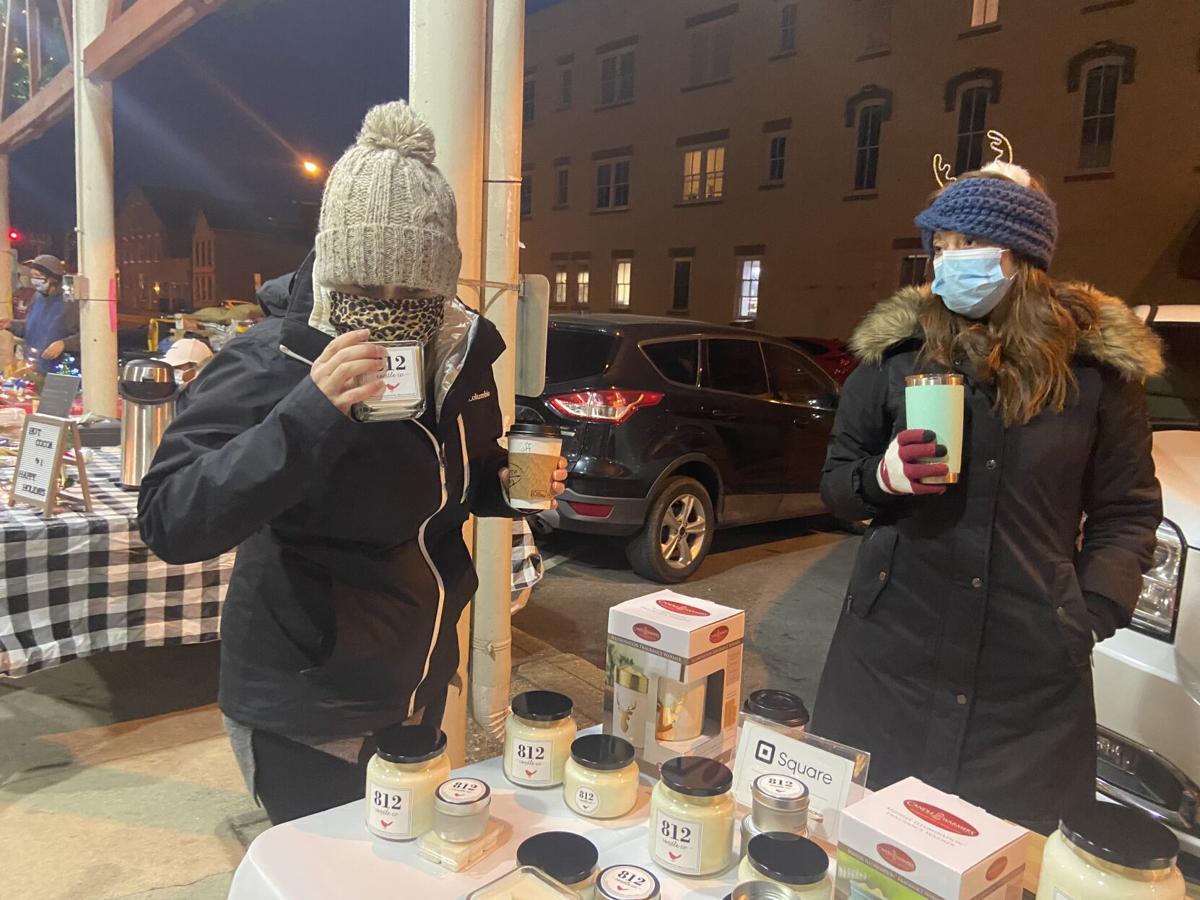 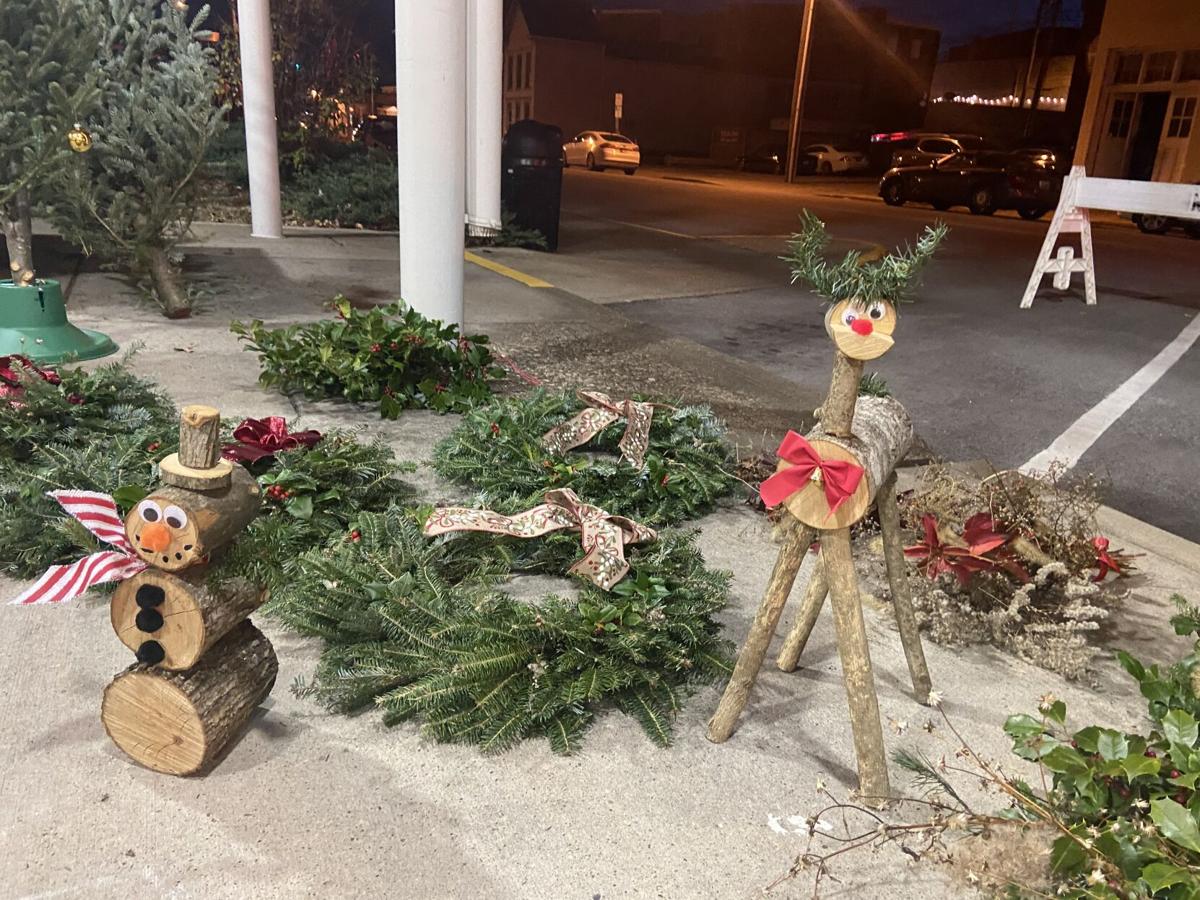 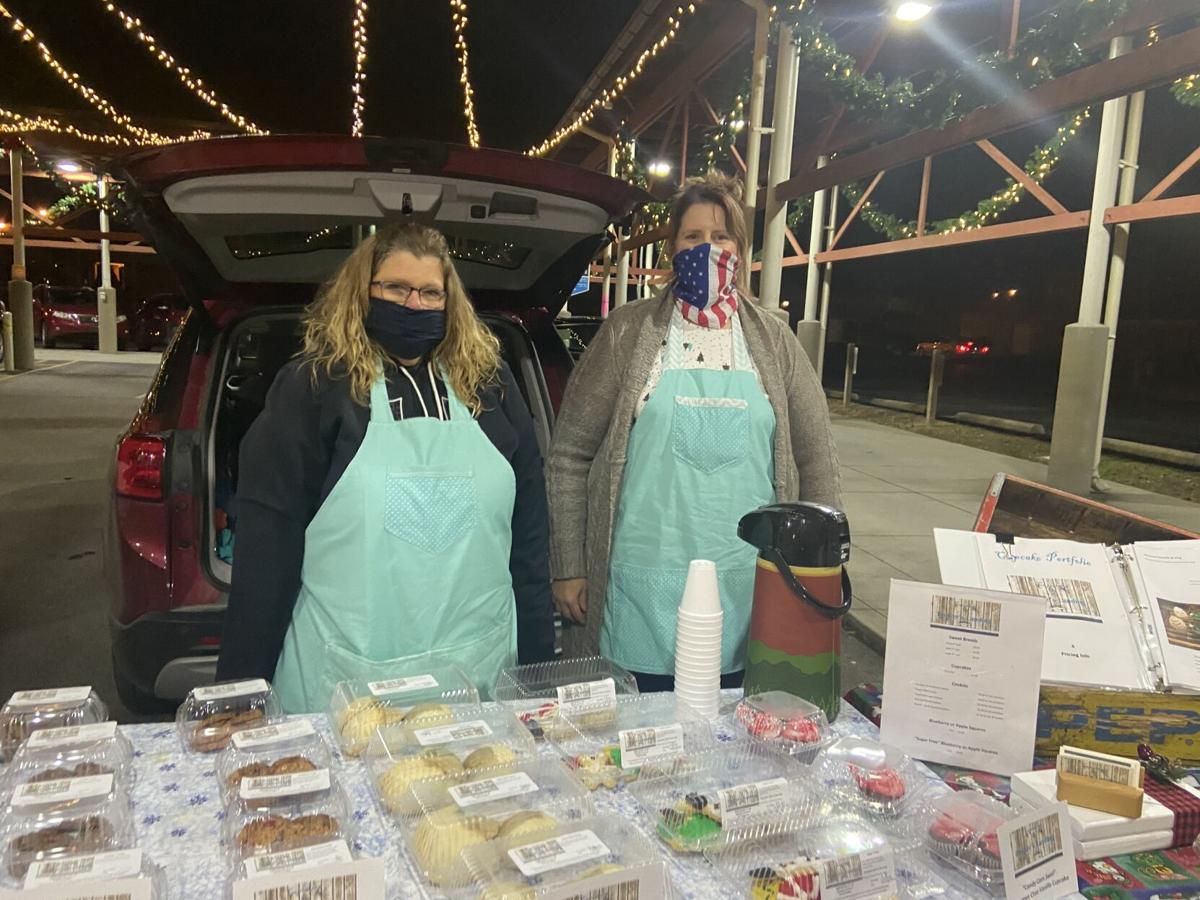 Develop New Albany is presenting its Wednesday Holiday Market throughout Dec. 23 at its usual spot in downtown New Albany at 202 E. Market Street.

Unlike the usual Saturday farmers market, the smaller holiday market does not include fresh produce but is focused instead on craft/artisan vendors, baked goods and other holiday-themed items.

The weekly market began Nov. 11. Liz Martino, market manager for the New Albany Farmers Market, said she hopes the inaugural holiday market cheers up people during an unusual holiday season. The market is open from 6 p.m. to 8 p.m.

“It’s festive, and I think everyone needs some festivity in their life right now and a reason to feel normal,” she said. “It’s something fun to break up the week, and it helps us continue the small, close-knit holiday feeling we get in downtown New Albany.”

Martino said one of the goals with the holiday market is to help vendors who weren’t able to set up at the summer market.

When the farmers market reopened in the summer after the shutdown, the market scaled back the number of vendors to keep a safe size and allow for one-way traffic. As a result, there were fewer craft and artisan vendors than usual.

Most vendors featured at the holiday market have previously sold at the New Albany Farmers Market, but some are new to the market, Martino said.

812 Candle Company participated in last Wednesday’s holiday market, and the business will be there through the end of the holiday season. Laura Applegate runs the business with her daughter and two nieces. She also sells the hand-poured candles at her shop, Regalo Gifts, in downtown New Albany.

“Last week was our first week to do [the holiday market], and we did really well,” she said. “It was a great turnout.”

The New Albany Lions Club is selling Christmas trees, wreaths and other holiday items at the market to raise money for community projects. The club mainly sells trees from a lot on Charlestown Road, but the holiday market helps the organization receive more exposure, according to member Donna Robinson.

“It’s our main fundraiser for the year, so we are doing pretty much as usual except with masks and distancing,” she said. “Because it’s an outside activity, we’re able to pretty much carry on as usual. The sales have been good, so I assume people are just ready to get out and do something.”

Develop New Albany is also selling “love local” gear such as masks and T-shirts at the Saturday farmers market and Wednesday holiday market to raise money for a small business recovery fund to help New Albany businesses during the pandemic.

The outdoor market includes safety protocols such as mask requirements and social distancing.

Virginia R. Ripperdan, 95, passed away Monday morning at The Villages of Historic Silvercrest. She was born in New Amsterdam, Indiana to the late Lawrance and Beatrice Barks. She was the office manager for the Indiana Public Employment Association for over 25 years and was a lifetime member …