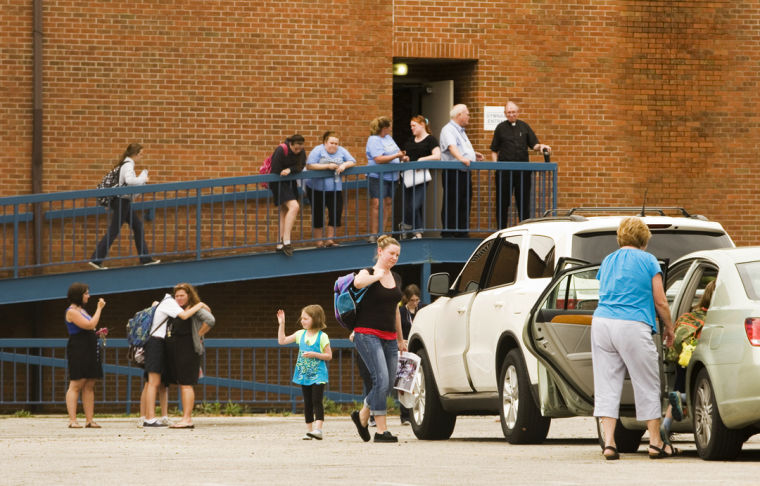 St. Mary's Catholic Academy students leave the building on the last day of school following an end of school assembly on Friday afternoon in New Albany. Ongoing debt forced the school to close its doors at the end of the 2012-2013 school year. 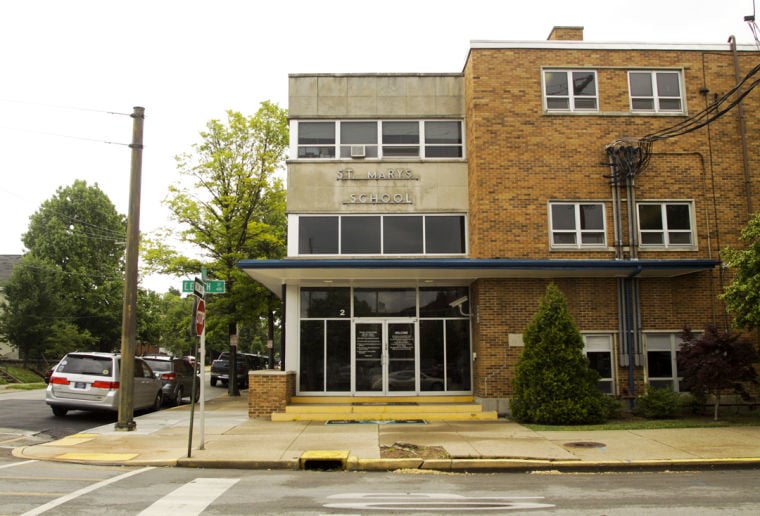 St. Mary's Catholic Academy sits on its location along Eighth Street in New Albany on Friday afternoon. Ongoing debt forced the school to close its doors at the end of the 2012-2013 school year.

St. Mary's Catholic Academy students leave the building on the last day of school following an end of school assembly on Friday afternoon in New Albany. Ongoing debt forced the school to close its doors at the end of the 2012-2013 school year.

St. Mary's Catholic Academy sits on its location along Eighth Street in New Albany on Friday afternoon. Ongoing debt forced the school to close its doors at the end of the 2012-2013 school year.

Smiles and laughter that usually accompany the final day of school were replaced by tears and sadness as parents and students left St. Mary’s Catholic Academy for the final time Friday afternoon.

Not only did the school close for summer vacation following the annual end-of-school assembly and cookout, but in January of this year, it was announced by the Indianapolis Archdiocese that the school would close for good after 64 years in its current building at 420 E. Eighth St. in New Albany. A running deficit of $1.2 million was the reason given in January for the decision to close the school, which includes prekindergarten through eighth-grade, and has about 135 students.

“I always thought that if I had children, they would always go here,” said Eddie Rudolph, a St. Mary’s alumnus, as he walked out of the school with his daughter, Sophia. “It’s very difficult. It’s been here so long and they do such a great job with the kids.”

Parent Kyle Meyer praised the job Principal Jeff Purichia did not only Friday, but since the announcement was made in January. While the media was not allowed to attend the school assembly, he said Purichia did a “great” job talking to the kids. He said students, parents and teachers were all “teary-eyed” as the assembly and school day came to a close.

“He told them to take what they have learned at St. Mary’s to their new school,” said Meyer, who has three children at the school. “He stayed upbeat and told them to remember where they came from. He has been great through all of this.”

Rudolph said he used to teach with Purichia at Trinity High School in Louisville and stayed at St. Mary’s the entire day Friday to not only support his daughter, but also his friend. He said his two daughters will now attend Holy Family Catholic School in New Albany.

“We have a lot of friends there and I also taught with their principal,” he said.

Each student carried out a large school class photo along with other belongings as they exited the building with their parents.

“It’s a very tough day. I have dreaded it for a while,” said Kristen Board, whose two daughters attend the school. “But the school made it fun for the kids today and saved the tears for the end of the day.”

“He has been a rock through everything,” Board said. “He never spoke badly about anyone through any of this.”

She said her children were “confused” after being told the school was closing. She said everyone thought the school would close a few years ago when enrollment dropped below 100.

“But Jeff came in and really grew the school in so many ways,” Board said. “There is a great parent base here. It’s our family.”

St. Mary’s Parish has had a history of Catholic education dating back to 1872. The school’s final eighth-grade graduation was held Friday night.

J. Scott Higgs, 56, passed away Thursday, January 21, 2021 at Clark Memorial Hospital. He was the owner of Hoosier Automotive. J. Scott was the president of Christian Hod Rod Association and he appraised & restored classic cars. He was a native of Louisville, KY. He was survived by his w…

Clarksville, IN- Larry Wayne Bloat, 71, passed away on Wednesday, January 20, 2021 at Diversicare of Providence, New Albany, IN. Larry was born on September 2, 1949 in Louisville, KY to the late John Allen Jr. and Betty Jean (Ayers) Bloat. A native of Jeffersonville, he attended Jeff High Sc…