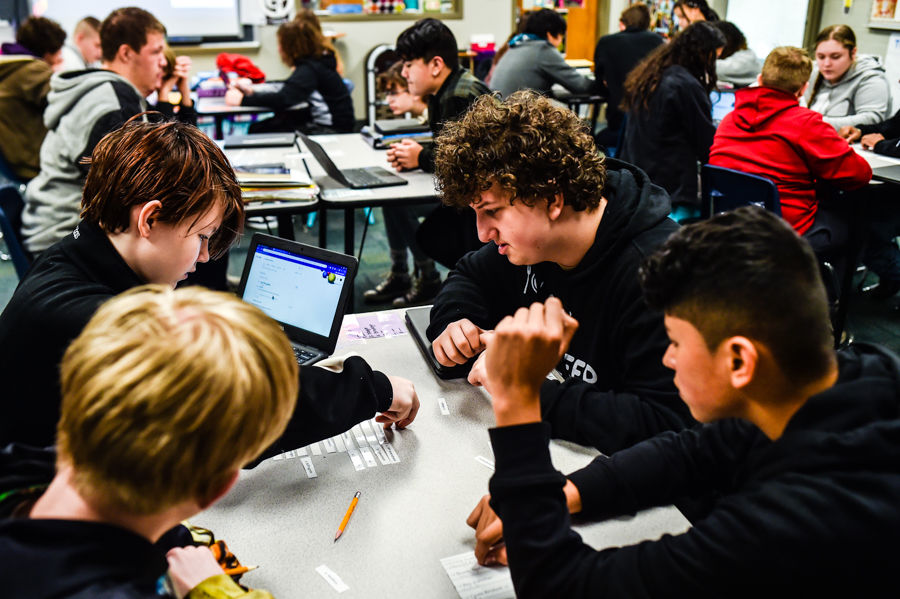 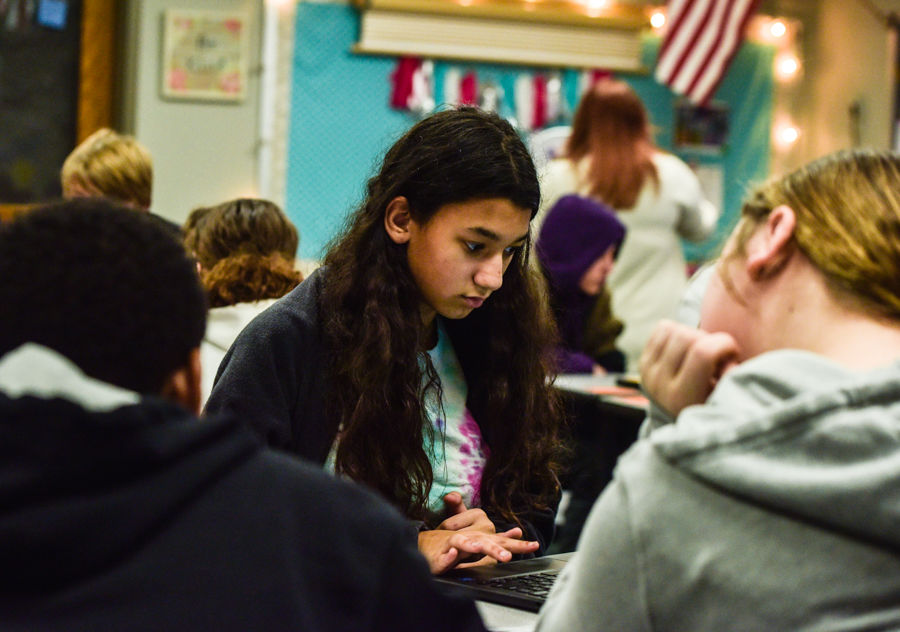 Clarksville Middle School 8th-grader Sierra Thornton searches for information on Susan B. Anthony as her group attempts to solve a series of puzzles and codes themed around the 100 year anniversary of women's suffrage.

Courtney Austin, right, pulls an answer to match with a corresponding clue while working through the second stage with partners Izaac Chavez, center, and Elijah Vozzo at Clarksville Middle School. 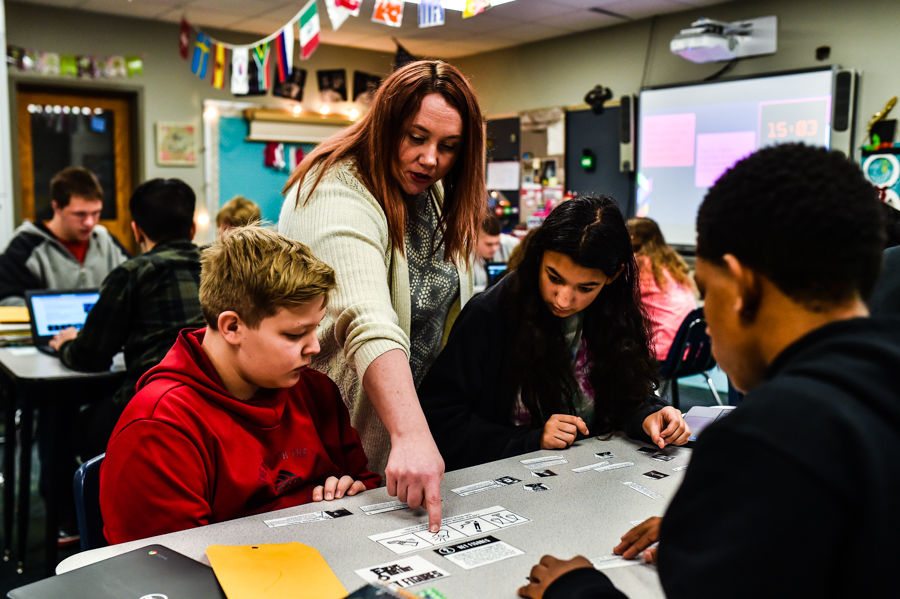 Clarksville Middle School 8th-grader Sierra Thornton searches for information on Susan B. Anthony as her group attempts to solve a series of puzzles and codes themed around the 100 year anniversary of women's suffrage.

Courtney Austin, right, pulls an answer to match with a corresponding clue while working through the second stage with partners Izaac Chavez, center, and Elijah Vozzo at Clarksville Middle School.

CLARKSVILLE – Suspenseful music played in the background as a timer on the interactive whiteboard showed the seconds slipping away.

The Indiana legislature ratified the 19th amendment, giving women the right to vote, on Jan. 16, 1920.

Students at Clarksville Middle School hurried in their small groups, putting together the clues to come up with lock codes to get out of their mock escape room before the time ran out.

Teacher Brandy Gearheart used the game as a way to teach about the women’s suffrage movement and the 100th anniversary of women gaining the right to vote.

“I want them to understand how far we’ve come in history and how hard people worked to get the voting rights they have now,” Gearheart said.

Her eighth-grade U.S. History class started off with students doing one of two special assignments on a computer. The first group got to vote on what the whole grade would get to do after the upcoming school dance. The second group wrote about how they would try to persuade the other group in voting in their favor. After the vote, Gearheart had the groups reveal themselves. The girls got to vote while the boys had to work to have their voices heard.

She told the class that in 1870, all men were given the right to vote. It took 50 years for that right to be gained by women.

“That’s not fair. That’s sexism,” 13-year-old Malia Robinson said. “It’s not fair and it’s not right that men thought they were superior and they only ones who should have the right to say, but we should all be equal. We all have different opinions.”

In their groups, students worked to solve four different puzzles to get the code to “get out” of the Escape Room.

Part of the clues including matching key figures in the fight for voting rights and what those people fought to achieve.

“There’s a lot of people who were helping during the Women’s Suffrage movement, like Susan B. Anthony,” 13-year-old Sierra Thornton said. “It’s sad they had to fight to be able to have a say in anything, but it’s good they fought for it.”

“It seems like it was a long time ago, but also not really, because a century can seem not that long compared to other things in history,” 14-year-old Sawyer Martin.

Martin said the lesson was hectic and hard.

“But all together, this project is fun to do,” he said. “We’re all working together.”

Though during this class, no one was able to escape before the bell rang, the class saved all their notes, to be continued for another day.

Gearheart said this less will help prepare the class for a field trip, later this month, when the class will go on a field trip to see “Law Breakers: A Fast and Furious History of Women’s Suffrage,” at StageOne Family Theatre, in Louisville.