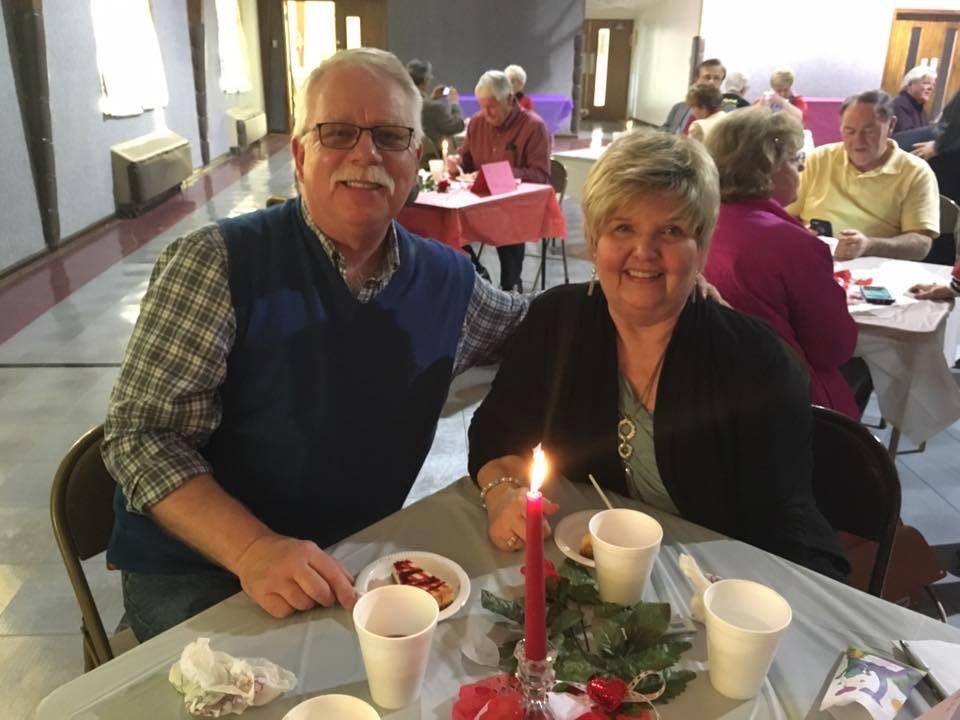 Phyllis Wilkins, former director of the Clark County Chapter of the American Red Cross, died Tuesday at age 68. Her family and friends say she lived a life of compassion and service to the community. Submitted photo. 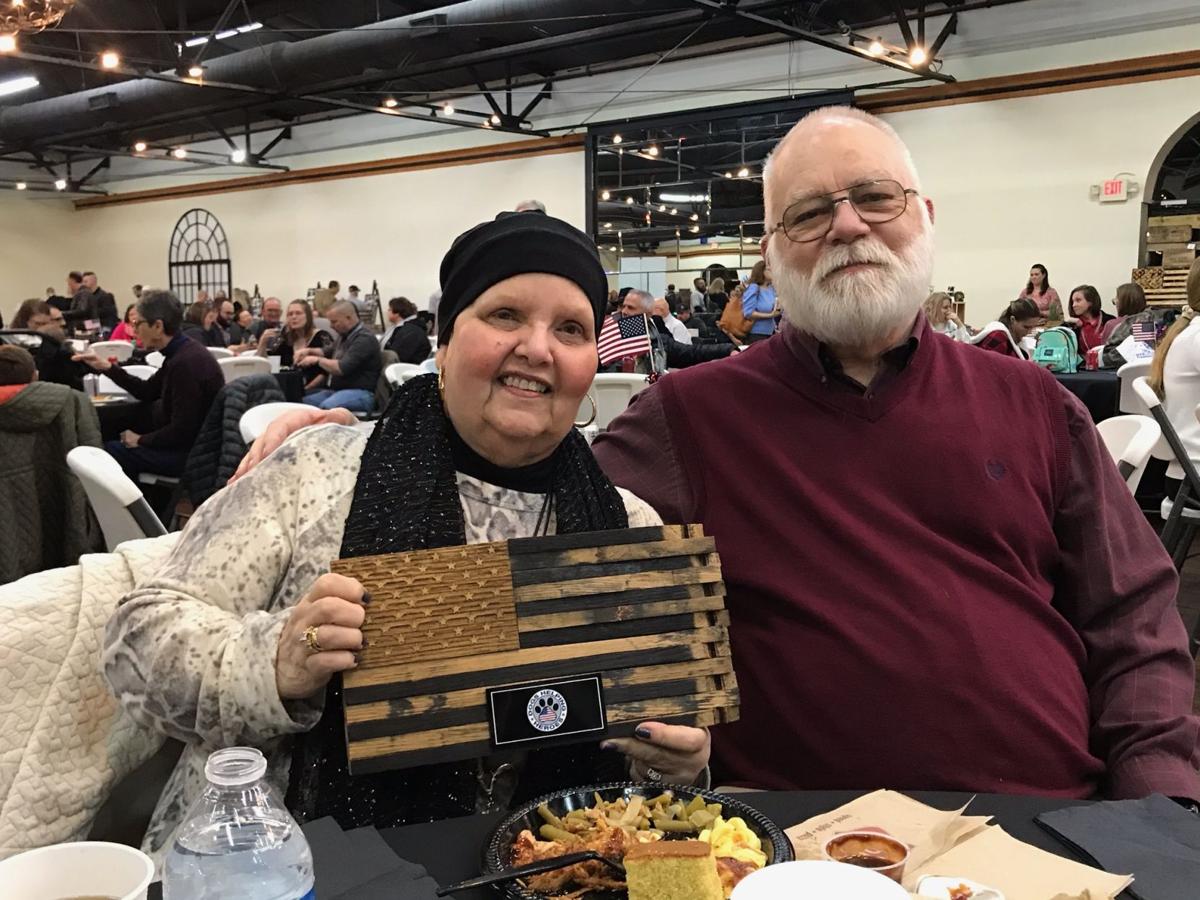 Jeffersonville resident Phyllis Wilkins died Tuesday at age 68, a year after she was diagnosed with terminal cancer. She served as director of the Clark County chapter of the American Red Cross for 15 years, and she is survived by Dickie Wilkins, her husband of 25 years. Submitted photo.

Phyllis Wilkins, former director of the Clark County Chapter of the American Red Cross, died Tuesday at age 68. Her family and friends say she lived a life of compassion and service to the community. Submitted photo.

Jeffersonville resident Phyllis Wilkins died Tuesday at age 68, a year after she was diagnosed with terminal cancer. She served as director of the Clark County chapter of the American Red Cross for 15 years, and she is survived by Dickie Wilkins, her husband of 25 years. Submitted photo.

JEFFERSONVILLE — Family and friends are remembering Phyllis Wilkins, Jeffersonville resident and former director of the American Red Cross’s Clark County Chapter, for her kindness and service to the Southern Indiana community.

Phyllis, who died Tuesday at Vanderbilt Medical Center at age 68, served the community in a variety of volunteer efforts. She was director of the Clark County Red Cross for 15 years before working four years as the director of development for Christian Academy of Indiana.

She was also involved in launching Dogs Helping Heroes, a Southern Indiana nonprofit that pairs service dogs with wounded veterans and first responders, and in her work with the Clark County Red Cross, she worked to create the organization’s pet therapy program.

Ryan Brown, one of Phyllis’s sons, said her service with the Red Cross and other volunteer efforts showcased her commitment to selflessly serving those facing difficult situations.

Phyllis was diagnosed with stage 4, triple negative metastatic breast cancer last year, 10 months after her beloved husband of 25 years, Dickie Wilkins, was diagnosed with chronic heart failure in May of 2018. The couple faced these struggles side-by-side, and Dickie received a heart transplant in December.

Steve Brown, Phyllis’s son, said Phyllis was a devoted mother to him and his siblings, and he notes that as a public servant, she was committed to serving other people, but it wasn’t about the recognition.

In November, Phyllis’s condition had worsened, and before Thanksgiving, she had to have brain surgery. But when she learned a few days after her surgery that her husband had been placed on the list for a heart transplant, she was filled with joy. Since Dickie was diagnosed with chronic heart failure, her goal was to see him receive a heart, according to Ryan.

“So she gets the call that [Dickie’s] been officially placed on the list, and so we both saw her that day at the house,” Ryan said. “You would not have a clue that woman had cancer. That day was like maybe the happiest day of her life.”

“That was her goal,” Steve said. “When she was diagnosed with cancer, her goal was to live long enough to see him get a heart transplant.”

In September, the family hosted a golf scramble to raise money for Phyllis and Dickie to help with medical and living expenses related to their treatment at Vanderbilt Medical Center in Nashville. More than 100 golfers attended to support their parents, and they exceeded their goal, according to Steve, and they had enough money to relieve the family’s financial stress.

Amelia Goffinet, an honorary board member for Dogs Helping Heroes, worked with Phyllis to launch the nonprofit. She met her as a volunteer with the Red Cross’s pet therapy program, and they would eventually work together as board members on Dogs Helping Heroes when it was formed in 2013. She was a “brilliant woman” who knew exactly what to do to get the nonprofit off the ground, she said.

“Phyllis had worked with so many aspects of the community through the Red Cross, and she was just a kind, caring person,” Goffinet said. “She wanted people to be taken care of, and she was just a gentle person. But if something needed to be done, she was not afraid to tell you... In other words, she was a great leader.”

For Steve, a recent memory of his mother exemplifies her compassion for others.

“We’re two weeks after Dickie’s heart transplant, mom is not having a very good day — she’s had a rough day with cancer, she’s not thinking very clearly, and she gets up and says she’s going to the restroom. Ten to 15 minutes go by, and I start to get worried, because she hasn’t come back yet,” he said. “So I start walking around the hospital looking for mom, and after a little bit of time, we find her in a waiting room with a lady that she just saw sitting there alone and said, ‘you look like you need to talk, can I pray with you?’ Even in her worst times, even in her darkest days, at the very end, that’s still the kind of person she was.”

Sherry Roberts, Phyllis’s friend and neighbor, said they grew up together and graduated high school the same year, and Phyllis was one of her bridesmaids at her wedding. She remembers her friend as a giving person who “thought of others to the end,” and set an example for how to both live and die.

“She has taught me in last months how to die and how to not lose faith in God,” Roberts said. “I think that’s what I’ve learned. She taught how to live life to the very end, and she also taught me how to die with love, dignity, grace and compassion.”