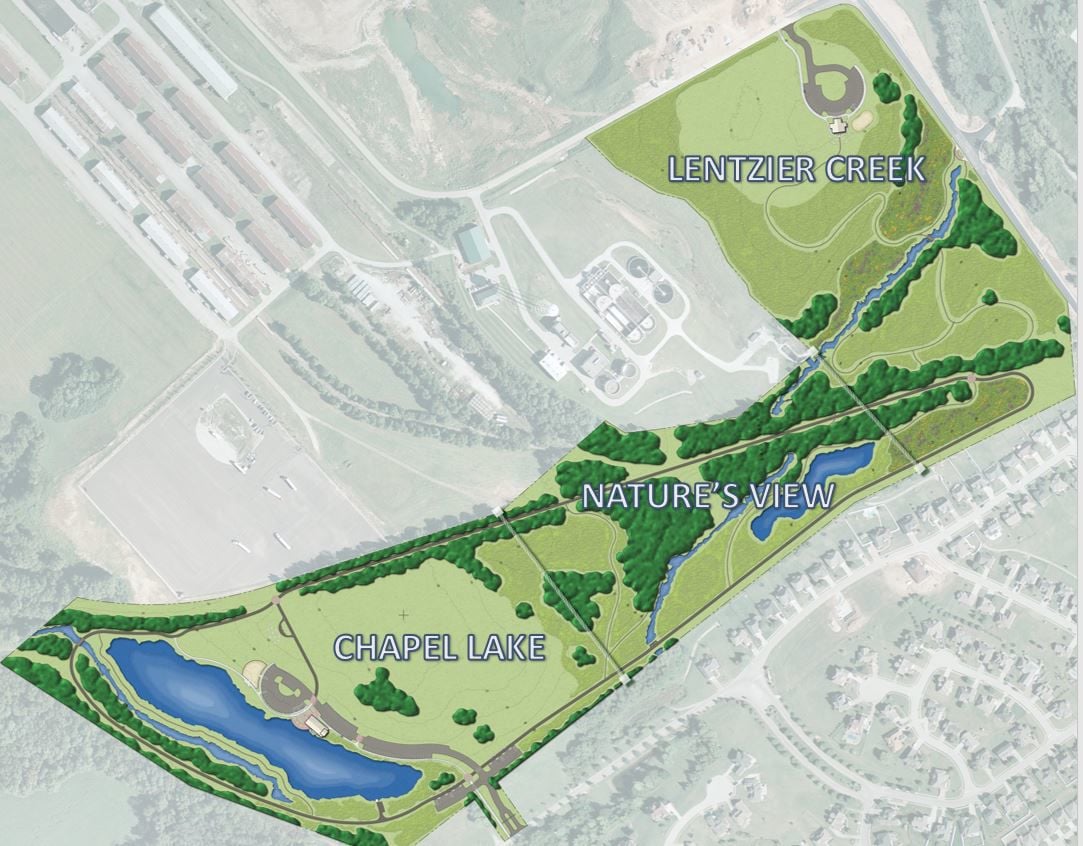 This map shows the overall view of the new Chapel Lake Park in Jeffersonville. 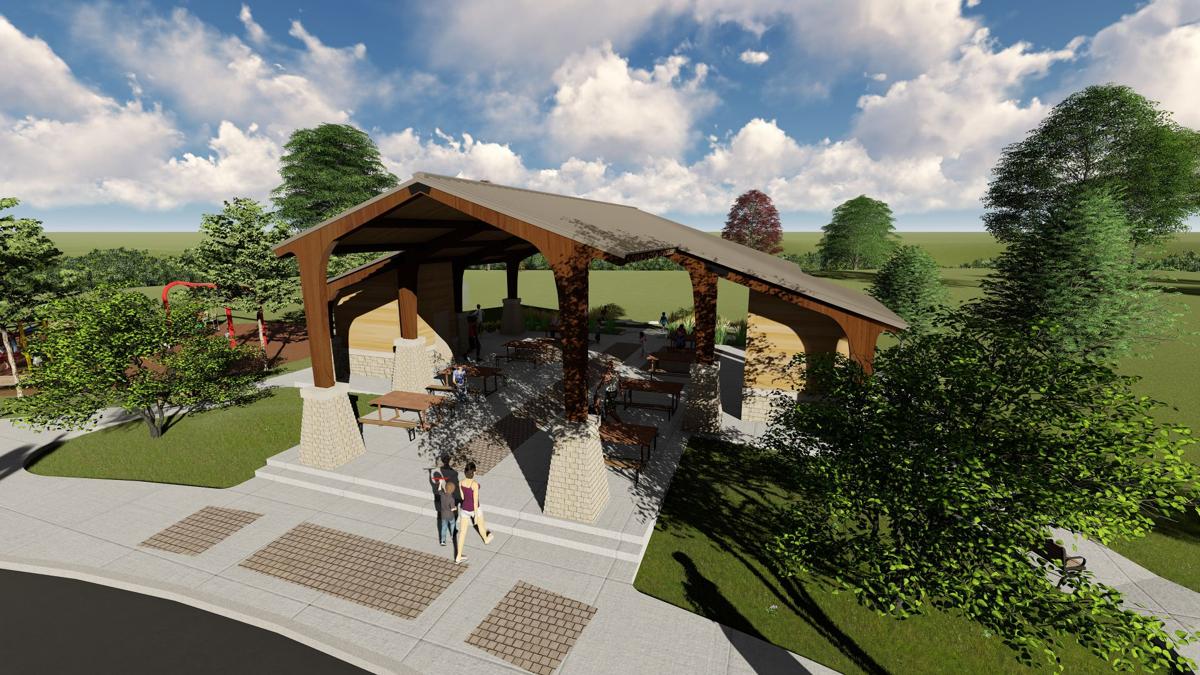 A rendering shows the proposed design of one of the planned shelters in the new Chapel Lake Park in Jeffersonville.

This map shows the overall view of the new Chapel Lake Park in Jeffersonville.

A rendering shows the proposed design of one of the planned shelters in the new Chapel Lake Park in Jeffersonville.

JEFFERSONVILLE — The mayor described it as a “monster park,” but in size, not feel. In actuality, Chapel Lake Park in Jeffersonville is meant to be an oasis — a place for families to get away from suburbia and into a mini wilderness.

The final plans for the $3.4 million and 115-acre park were revealed at a Monday meeting at Utica Elementary School attended by several rows of residents.

The park is inspired by the Parklands of Floyds Fork in Louisville, which is known for its miles of trails overlooking creeks and untamed landscapes. Chapel Lake will be similar, but on a smaller scale, although it will still be Jeffersonville’s largest park.

“You can see from the ideas that they’re all about the natural open space, the conservation of the land, making it accessible to the public to make sure that people enjoy the park for the beauty that’s there currently,” said Matt Gullo, a registered landscape architect for Kovert Hawkins Architects, Inc., the firm that created the plans for the park.

The park, located off of New Chapel Road, will feature three sections (Chapel Lake, Nature’s View and Lentzier Creek) defined respectively by a large lake, a medium-sized lake and flatlands. There will be 2.1 miles of multi-use trails, 1.8 miles of natural walking trails, two shelter/picnic areas, two playgrounds and 157 parking spaces. The trails will vary in type from dirt to mowed to paved, and the lakes will be open for canoeing, kayaking and fishing.

Parts of the park will be completely enshrouded by nature, so much so that there will be nothing else in sight, according to Mayor Mike Moore. Even the entrance to the park is meant to feel removed with natural grass and plants, said Gullo.

The land for the project was mostly donated by River Ridge Commerce Center, but Dan Cristiani also gifted the city some of his property. The mayor has procured funds from several different city boards to pay for the creation of the getaway: $2.2 million came from surplus funds, $700,000 from the Parks Authority and another $700,000 from the Redevelopment Commission. The city has appropriated $3.6 million, a little more than the $3.4 million the park is expected to cost, with the extra for any unforeseen expenses.

Moore hopes to break ground on the project by the end of the year and to open the park by the summer of 2020.

The plans for the park were formed from the input of 163 community members through two meetings, Facebook comments and emails. Opinions about the park at the final meeting ranged from delighted to disgusted.

Tina Mitchell was “in” as soon as she heard that the park would be like Floyds Fork.

“It’s beautiful up there,” she said dreamily.

Kim Thomas, on the other hand, lives right across from the entrance to the park and she and her neighbor are worried about traffic.

The city did compromise with neighbors on some things. A petition from residents resulted in the retention of a fence that currently stands between the parklands and the street/homes. A park security system will film entrants with cameras and alert them if they visit after hours that the police have been notified. (At least one resident at the meeting said he didn’t think the system was enough to keep the park safe).

Still, Moore thinks that most of the city is supportive of the project based partly on a Facebook poll that Councilman Scott Hawkins created.

“People who have a problem are very loud, and I respect their opinions, but we’re building something here a very strong majority of the people here in Jeff are in support of,” Moore said. “It’s obviously a huge quality of life improvement, and it’s going to bring new family and new business to the City of Jeff.”

• Fence along neighborhood to remain