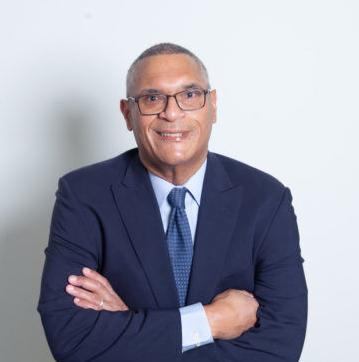 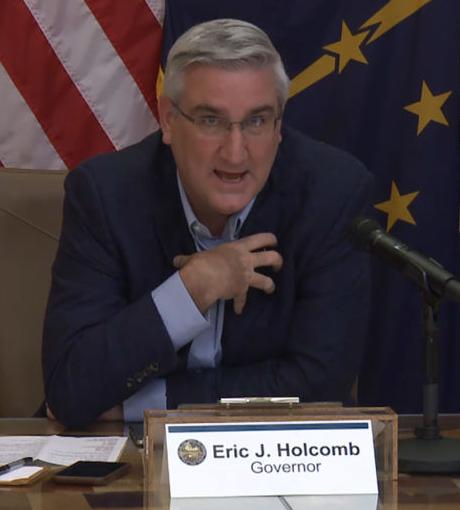 INDIANAPOLIS — The latest campaign finance filings show that incumbent Republican Gov. Eric Holcomb is far ahead in the money race over his Democratic opponent, Dr. Woody Myers, while other key races are more competitive ahead of the Nov. 3 general election. Here is a breakdown of the money raised in some of those contests:

In the all-important race for the money, Myers lags far behind Holcomb. As of the July filing deadline with the Indiana Secretary of State’s office, Myers had little more than $72,000 in his campaign account compared with Holcomb, who had more than $8 million.

Holcomb has been the beneficiary of money from businesses, both in Indiana and in other states. Construction companies, agriculture leaders, attorneys, manufacturing companies, energy companies and healthcare executives have contributed to his campaign.

Among the donors is Grant Verstandig, the founder of Rally Health and Audax Health Solutions, who contributed $50,000 to Holcomb. His companies are sectors of the parent organization Optum, which also runs OptumServe, which partnered with the Indiana State Department of Health to test Hoosiers for COVID-19.

Other $50,000 donors include Michael Browning, board chair of Browning Investment Inc. of Indianapolis; Joe Craft, the Chief Executive Officer of Alliance Resource Partners, one of the largest coal companies in the United States; and Rex Sinquefield, who is the co-founder and former co-chairman of Dimensional Fund Advisors, a private investment firm in Austin, Texas.

The Political Action Committee of Indiana Realtors gave Holcomb $35,000 to add to the $25,000 he got from Victor Smith, former Indiana secretary of commerce and principal of Bose Public Affairs Group, and the $25,000 from Richard Workman, founder of Heartland Dental. He also received $15,000 from Mike McCloskey, co-founder and CEO of Select Milk Producers and chairman of the board of Fair Oaks Farms.

Myers’ big donors are former U.S. Sen. Joe Donnelly, who transferred nearly $100,000 from his Senate campaign; Indianapolis environmentalist Mary Bookwalter, who made two $50,000 donations; Ina Coleman, an organizational development consultant at Sirenia Partners, which promotes diversity and inclusion in workplaces, who donated $25,000; and $10,000 from Myriad Genetics Board Chair Louise Phanstiel.

The other major statewide contest is the race for attorney general in which Republican Todd Rokita will face Democrat Jonathan Weinzapfel, a former Evansville mayor and one-time member of the Indiana General Assembly.

Earlier this month, the Indiana Republican Party selected Rokita, a former U.S. congressman and Indiana secretary of state, as the party’s nominee over incumbent Curtis Hill, whose law license was suspended temporarily after he was accused by four women of groping them at a party celebrating the conclusion of the 2018 Indiana legislative session.

A latecomer to the contest, Rokita announced he would run for the position on May 20 and only had a little more than $18,000 in his campaign fund as of July 1. But he is expected to get support from the Republican Attorneys General Association, which donated $125,000 to his campaign on July 13.

Rokita’s challenger, Jonathan Weinzapfel, was the mayor of Evansville from 2004 to 2011 and was the Chancellor of Ivy Tech Community College Evansville Campus.

Indiana House District 88, which covers the west side of Hancock County, the northeast corner of Marion County and a fragment of Hamilton county, is open for the first time since 1986 after a recent announcement from Rep. Brian Bosma, R-Indianapolis, that July will be his last month in office.

Bosma was Indiana’s longest-serving house speaker, holding the office from 2004-2006 and from 2010-2020. The Republican caucus chose Rep. Todd Huston, R-Fishers, to fill the position when Bosma stepped down near the end of the 2020 session in March.

The Republican caucus will also select his successor as District 88 representative. Some suspect that will be Chris Jeter, who won the Republican June primary in Bosma’s district and is prepared to contest Democrat Pam Dechert in the November election.

Dechert, who ran unopposed in the primary, has spent most of her career at Blackbaud, a software solutions company that helps nonprofits and schools effectively use data and technology. Her campaign balance was $8,391.49 as of mid-May.

Jeter is a Fishers attorney and small-business owner who has served on the Fishers Economic Development Commission and was a legal adviser to the Hamilton County Council. Jeter’s fund had $25,931.21 leading into the June primary, over $13,000 of which came from his own pocket.

To the north, state Sen. Victoria Spartz, R-Noblesville, opened the Indiana Senate District 20 seat when she chose to run for the open seat in the 5th Congressional District. Her state Senate seat is now being contested by Republican Scott Baldwin and Democrat Ronald Saunders III.

Baldwin spent time in the Marines and was an Indianapolis Metro Police officer. He now directs a construction management and real estate development firm called Envoy and runs a small inventions (IP) firm.

Saunders is a firefighter and EMT in Indianapolis. He is also the entrepreneur of graphics, media and web design agency MoveRight Media & Design and was previously an educator at Lawrence Central High School. He has raised $1,378.26.

In comparison, Baldwin has $89,843.96 available, $50,000 of which came from his own construction company. Another $10,000 came from the campaign fund of Fishers Mayor Scott Fadness.

The once-solidly Republican 5th Congressional District in Hamilton County and northern Marion County is expected to be more competitive this year as both the Cook Political Report and University of Virginia’s Center for Politics both consider the race to be a “toss-up.”

The Ukrainian-born Spartz, who formerly served as the chief financial officer of the Indiana Attorney General’s Office and worked in accounting firms for Fortune 500 companies, immigrated to the U.S. in 2000 and attended Indiana University.

Hale, her opponent, was a state representative from 2012 to 2016. She was also John Gregg’s running mate in Indiana’s 2016 gubernatorial race. Hale’s campaign fund now has nearly $1.5 million while Spartz has raised almost $1.4 million.

Isaac Gleitz is a reporter for TheStatehouseFile.com, a news website powered by Franklin College journalism students.