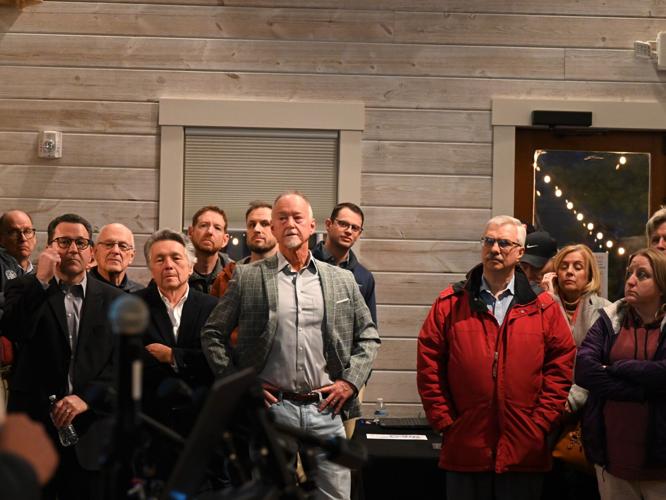 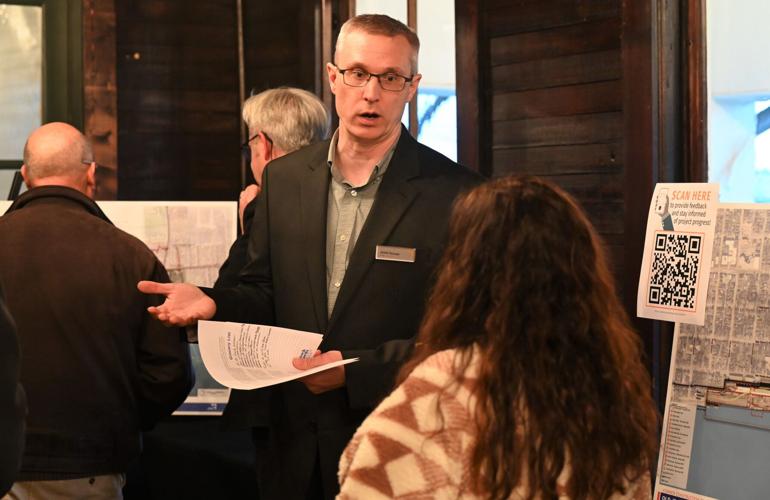 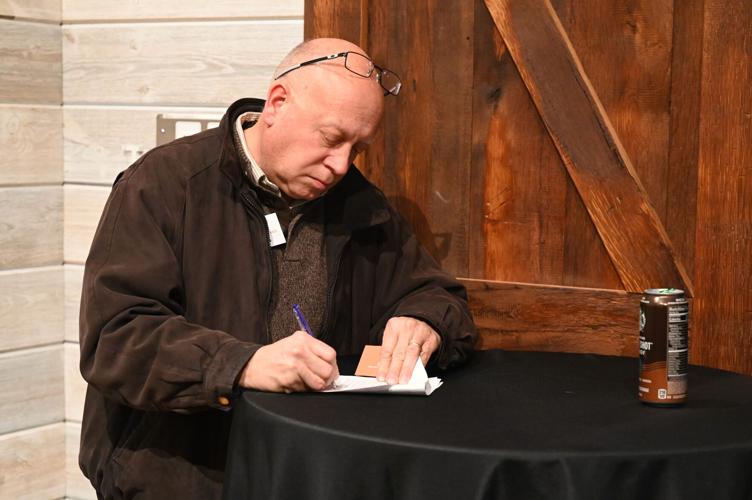 Attendees of Monday night’s meeting about the redevelopment of the Jeffboat property in Jeffersonville were asked to fill out comment cards with suggestions, concerns and feedback about the project. 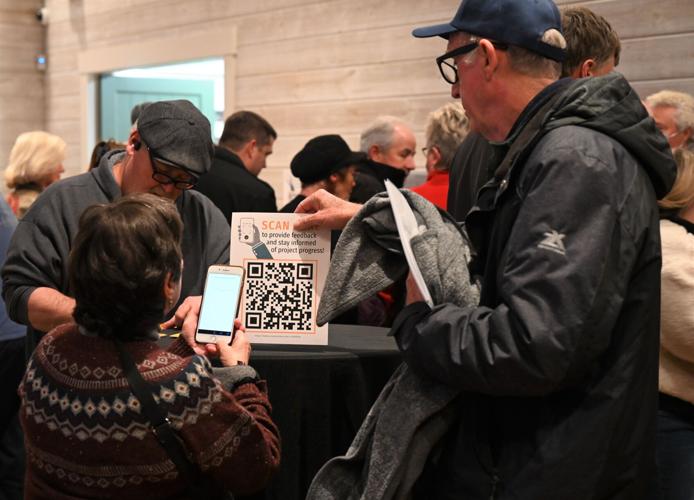 People were asked to give feedback to the developers about the future of the Jeffboat site at Monday’s meeting. They could fill out comment cards or use a QR card to leave comments.

Attendees of Monday night’s meeting about the redevelopment of the Jeffboat property in Jeffersonville were asked to fill out comment cards with suggestions, concerns and feedback about the project.

People were asked to give feedback to the developers about the future of the Jeffboat site at Monday’s meeting. They could fill out comment cards or use a QR card to leave comments.

JEFFERSONVILLE — It was standing-room-only at the Carriage House at the Howard Steamboat Museum Monday evening as people packed the first public meeting about the redevelopment of the Jeffboat site.

Developers said the meeting was for informational purposes only, and no renderings or plans about what the site could become were presented or discussed.

Instead, workers with The Wheatley Group and OHM Advisors, who are planning the project, informed attendees about research done on the site and heavily encouraged people to provide feedback, questions and suggestions about the redevelopment.

“Tonight, this is an informational meeting, but it’s also a listening meeting for us,” said OHM Advisors Project Manager John Pacyga. “...We are looking to hear from you all tonight, what are you seeing, what did we get right, what are we still missing and what do we need to hear for you all?”

Although no plans have been made, Pacyga said planners are focusing on several “guiding principals” as they move forward.

Those principals include a development that is conducive to city living, that is walkable, that connects people to the Ohio River Greenway, that is family-friendly, that has access for cyclists along with pedestrians, that utilizes nearby establishments and that is a mix of public, semi-public and private spaces.

More information on what that space could be will likely be available at another public meeting in April, he said. Then, tentatively in June, planners could start looking for more specific development partners for the project.

Logistics about the land the Jeffboat property is on were also discussed.

Pacyga said there’s about 67 acres of land along the Ohio River, along with green space. There are also other plots of land connected to the main Jeffboat property. In total, there’s just under 100 acres of land in the area to be considered for the project, some of that extends up to the railroad line on Tenth Street.

“Most of the site has the possibility for flooding,” Pacyga said. “... As we are thinking about new construction, and building, we need to think about how do we get up and out of the flood plain (for safety.)

Pacyga said the site the former Jeffboat building sits on currently is zoned by the City of Jeffersonville as industrial.

“Again, we think the site needs to respond to what the neighborhood (is), rather than (just be) one thing,” he said.

She said she hopes whatever comes to the site still preserves the history of the area.

“It was important (to attend this meeting) because some of the things they’ve done to Utica Pike, with the new housing, that has kind of taken away from the nice historical things in Jeffersonville,” Jones said. “That’s what I was worried about. Really, more housing is not what I’d like to see.”

Jones said she would like to see the space used as a boardwalk or something that is family-friendly with activities that people can do together.

“(I am) kind of half sad and half excited,” she said. “Just so it’s not just sitting there, it’s such a beautiful area. I like the small town feel (of Jeffersonville), I love the small town and people here are so great and the businesses are too.”

Mayor Mike Moore said he was blown away by the large attendance at the meeting.

“I pulled in and saw the parking lot full,” Moore said. “... And to see this room completely jam-packed, I’m overwhelmed. I thought the presenter did an excellent job. I know a lot of people had a lot of curiosity, a lot of concern and a lot of hope ... this truly is a developer who wants input from the community.”

The business was created in 1938. During World War II it was awarded a U.S. Navy Contract to build boats at the location along with the neighboring Howard Shipyard.

Jeffboat went from employing 200 people to its highest staff number, 13,000 peopl, during that time period.

The company began major layoffs in 2017 and closed one year later.

Last September the redevelopment of the property was announced. The master planning process of the site will be about 10 months.

When the redevelopment was announced, ACBL CEO Mike Ellis said extensive environment and geotechnical studies had been conducted at the site, 1030 E. Market Street, to see what could be built there.

Ellis said any limitations on what the property could be used for would be more from a flood plain standpoint than an environmental standpoint.